Yes, we do have sports at Hunter and they’re actually going to the finals

It’s almost like we go to a real school

Hunter isn’t known for its traditional campus-like environment. There are a handful of extracurriculars, but with over 17,000 commuting undergrads, it’s impossible to have a close-knit community like other schools.

But then there are sports.

Yes, Hunter actually has athletics. And not only are there athletics, they’re pretty good.

Whether you’ve been to all the games or don’t even know where they are, this weekend is a great weekend to be a true Hawks fan. 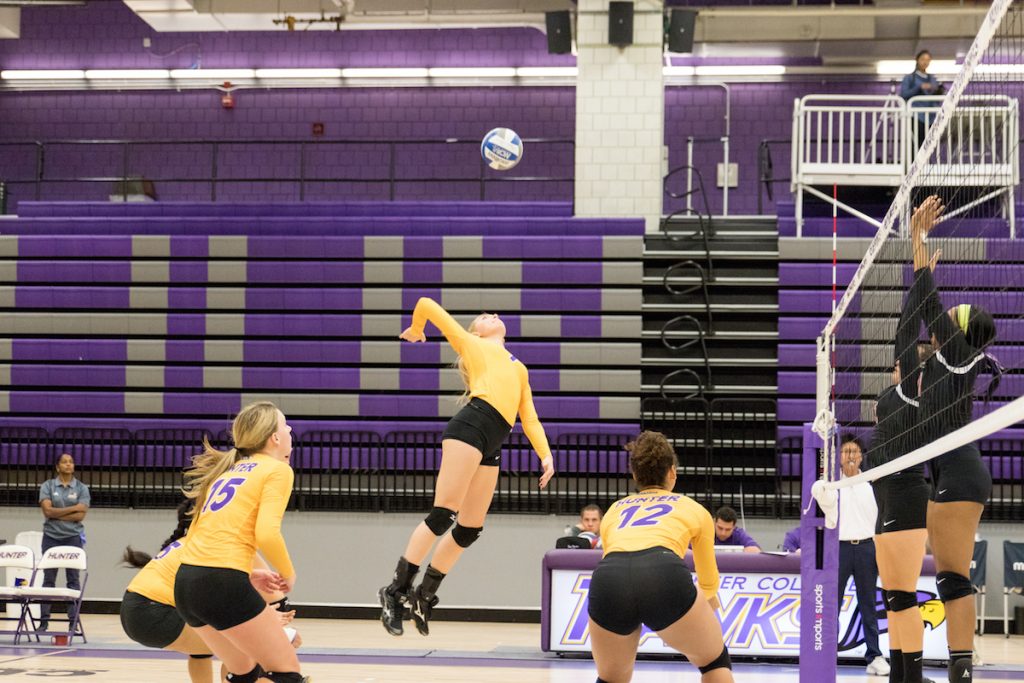 Hitter Julia Connolly goes up for the kill. She was the CUNYAC finals MVP last years. (photo courtesy of Simon Lee)

The Hawks look for a three-peat of the CUNYAC championship title, having been the back-to-back champions in 2014 and 2015. This year, Hunter finished the season 17-14, and undefeated in the CUNYAC conference with a perfect record of 8-0. They will play in the second semifinal game of the evening, against the #4 seed, Brooklyn College, at at 6 pm.

“Going into finals, everyone is in championship mode because this is what we have been working for all season,” said sophomore libero Haley Trunkett. “Having a perfect CUNY record means that everyone is out for us so we really have to stay focused if we want to come out with a win.”

Baruch and John Jay will battle it out in the first semifinal game at 4 pm. The winners of each semifinal game will go on to the championship finals at 8 pm.

So for now, it is undetermined who will be in the finals matchup, but Hunter at the #1 seed are a heavy favorite. It could be (and will likely be) a rematch that has played out in the last two finals: Hunter vs Baruch. 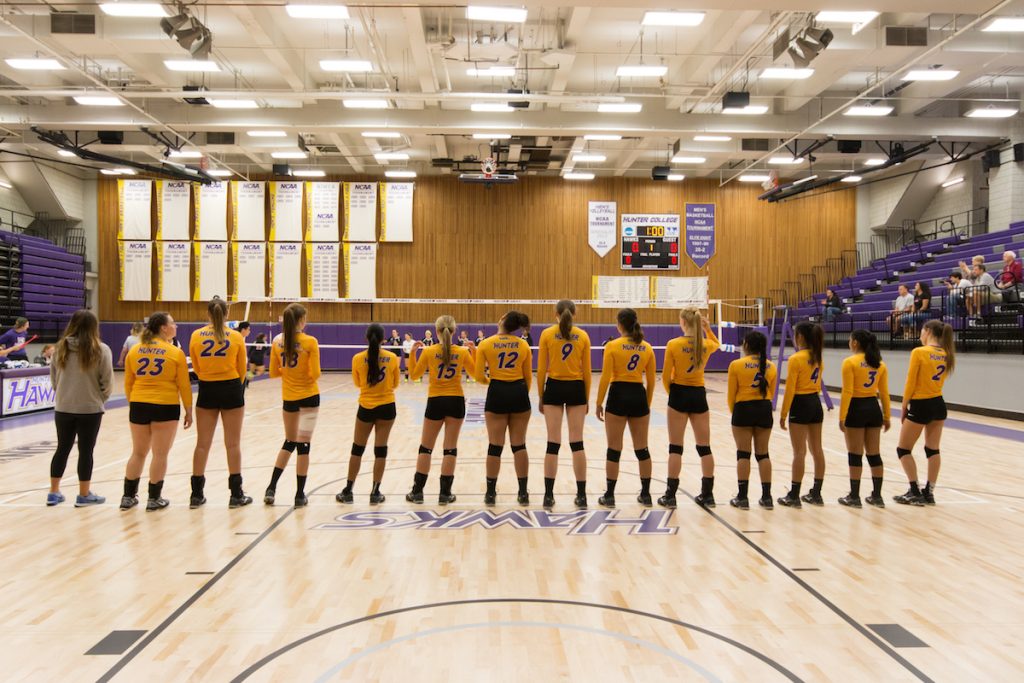 A bitter rival in all sports, Baruch has forfeited the women’s volleyball title to Hunter for the last two match-ups.

For the first time in years, the men’s soccer team will be playing for a shot at the CUNYAC title. Hunter, the #2 seed in the conference, defeated Baruch, the #6 seed, on Saturday with a final of 2-1. Overall, the men’s team is 10-6-1 on the season, with a 6-2 record within the CUNYAC conference. 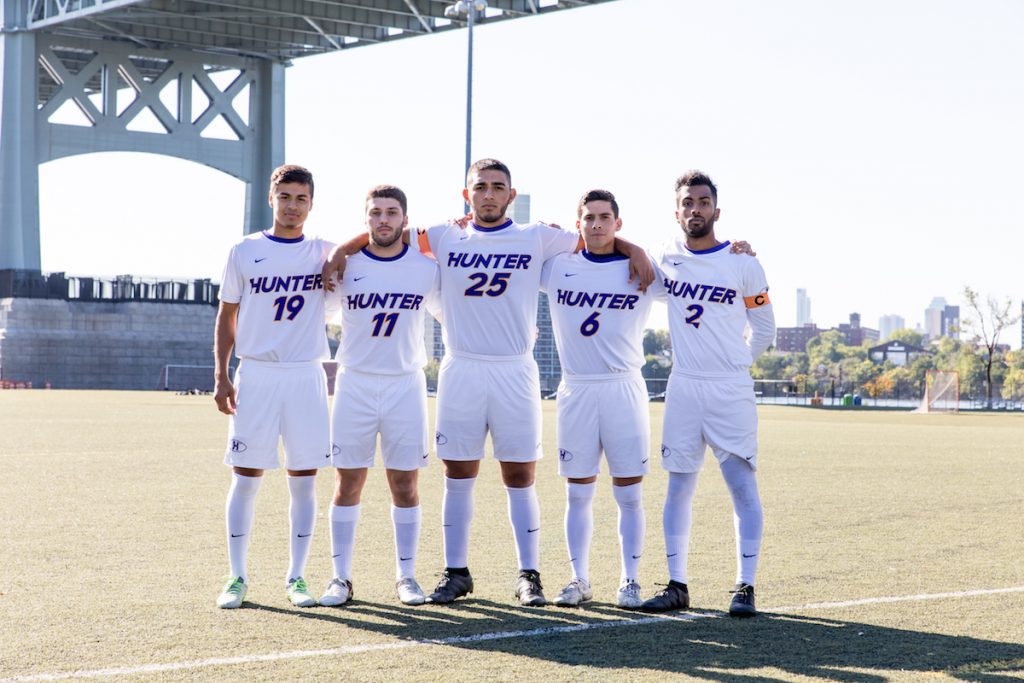 The Hawks have had close runs into the postseason, but have not made it to a championship final since 2010. In their last appearance six years ago, the Hawks again won it all. 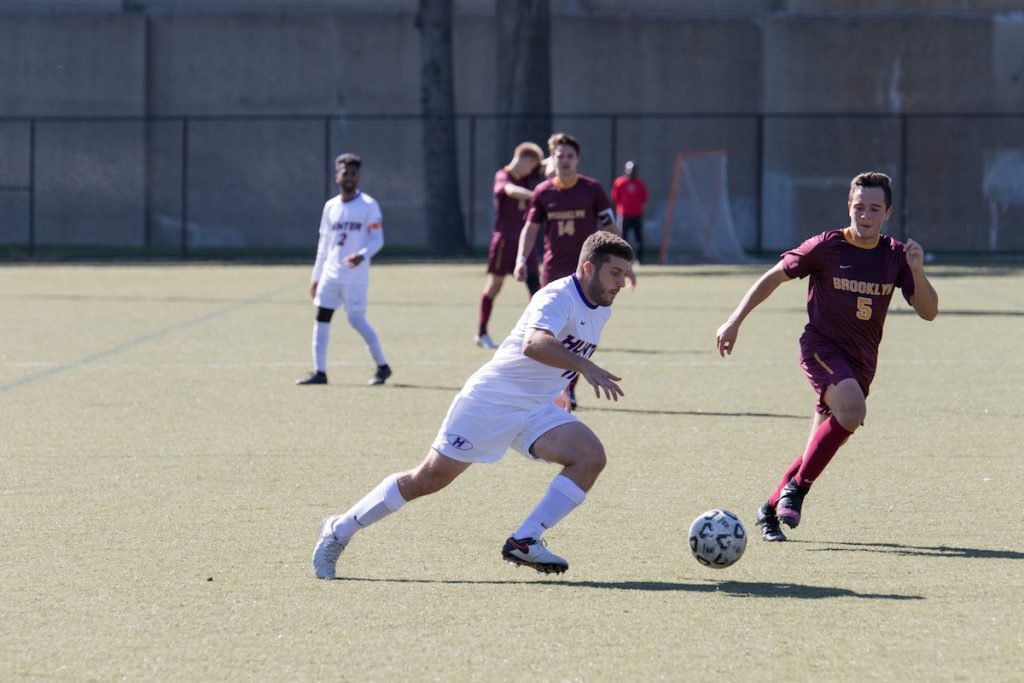 On Saturday, they take on the top-seeded Lehman College (6-0-2 within CUNYAC) on a neutral field, Brooklyn College.