Palooza: the shared playlist service co-created by a Hunter senior

Finally we can stop fighting over the aux-cord

Imagine you’re hosting a party. You’ve been planning this party for weeks. You’ve got everything ready and prepared. You’ve saved enough cash and got a few buds to pitch in to get a ton of drinks and snacks. You talked to your neighbors and they reluctantly – but finally – agreed to bear with all the noise the night of the party and not call the police. You made a Facebook group for the party, and almost everyone you sent an invite to replied with a “Yes” – and yes, even that cutie you’ve been eyeing for a while. You’ve made a playlist that you think is going to fuel the party into the early morning.

It is the day of the party, and everything is going wonderfully.

Except your playlist. You think it’s rad, but it’s really bringing the party down. It sucks.

A friend tugs at your shoulder, “Why don’t you let me choose the music?”

More and more people join with similar remarks. You know they all have very different tastes in music. You really wish there’s an app that can include everyone’s input.

There is. It’s called Palooza. Available on both Apple iOS and Android, as well as a browser platform, the program allows you to set up a Palooza – a public or private playlist. Anyone who logs onto the app or website and sees the Palooza you created (a private Palooza generates a four-digit pin that you can give your friends to sign into) would be able to add songs that they want from Spotify databases. (To be a host on a mobile app, you need to have a Spotify Premium account.) That way, anyone would be satisfied with the playlist. After all, they helped create it. Abdul Rad is currently a senior double majoring in Political Science and Studio Art, as well as a Leon G. Cooperman Pre-Business Fellow and a Chair on the Hunter College Senate. Despite having so much on his plate, he is the business head of Palooza, and handles the marketing and design aspects of the app. 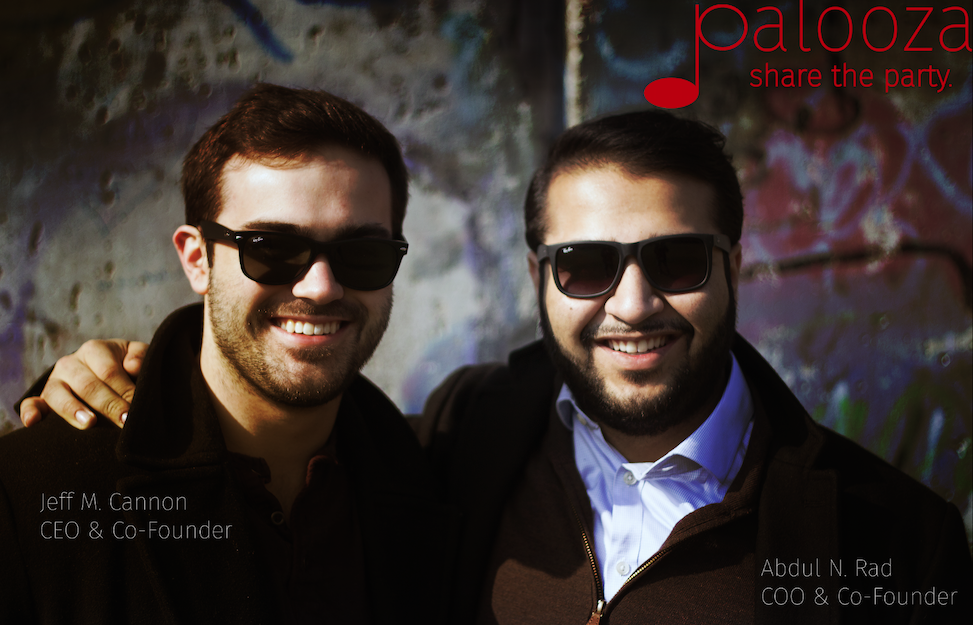 When asked about how the idea for Palooza came to be, he replied, “Jeff actually came up with the idea a year ago when he was grading with his TAs. He and his TAs set up a computer to accept song requests from multiple people. He had a lot of fun using it even though it was a really raw interface which only a developer could really use. He saw the opportunity to bring the functionality to the everyday person instead of just techies.”