It was published in today’s New York Times

The New York Times has published an open letter from the leaders of CUNY foundations urging the state senate and assembly not undermine CUNY and its important value in the city.

It notes that this year CUNY welcomed 275,000 students, the largest in the history of the institution. 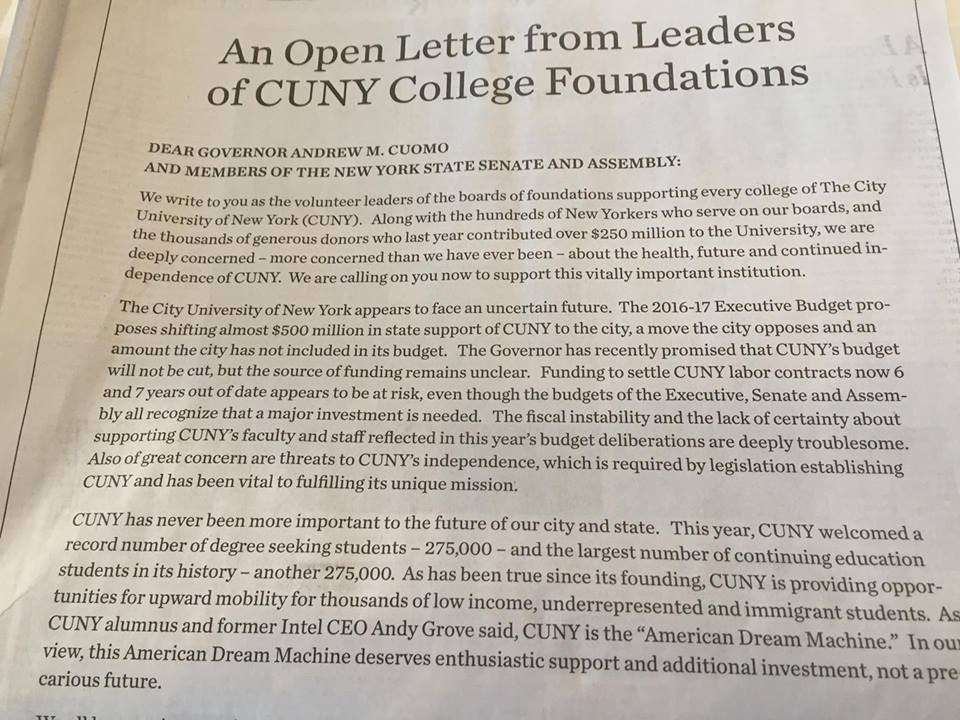 The letter specifically calls out the Governor and brings to light issues such as “funding to settle CUNY labor contracts now six and seven years out of date” and “shifting $500 millions in state support, a move that the city opposes.”

Budget stability and the continuation of an independent CUNY were also listed as concerns, but it seems that a lack of a sense of community was also part of the problem. 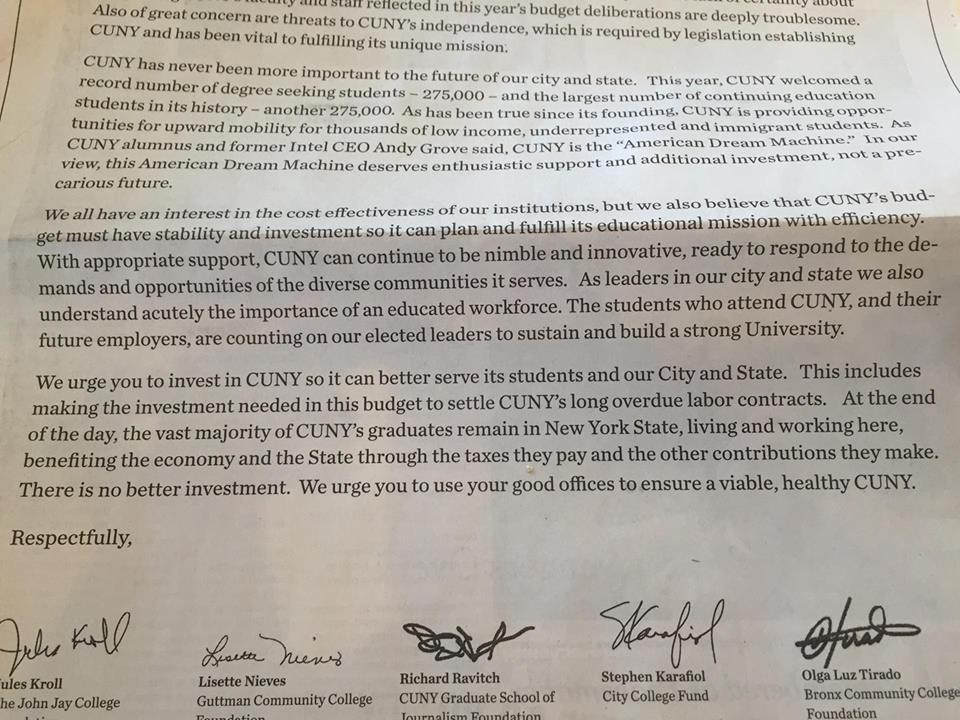 The letter reads: “At the end of the day, the vast majority of CUNY’s graduates remain in New York State, living and working here, benefiting the economy and state through the taxes they pay and the other contributions they make.

“There is no better investment.” 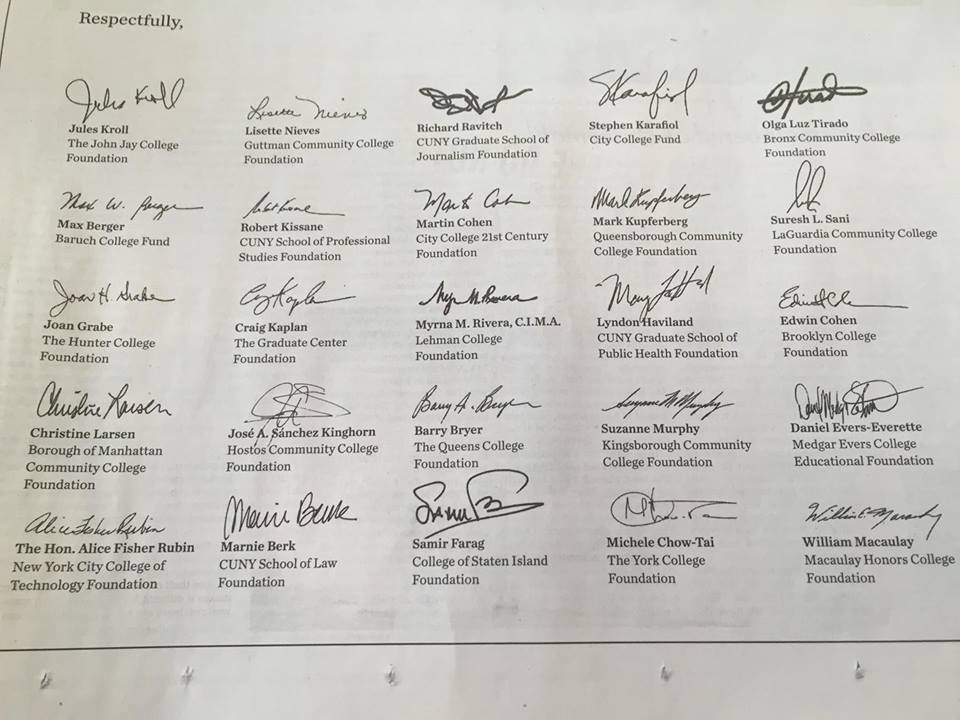 The letter is signed by 25 CUNY Foundation leaders, including Joan Grabe of the Hunter College Foundation.

Perhaps a more outspoken voice from the faculty will be able to change some policies, but for now nothing seems to be changing.