Manipulative censorship is ruining our community

For the last fourteen years Muslim students part of the CUNY school system have had their clubs (mainly the Muslim Student Association [MSA]) infiltrated, their lives monitored, and their communities put under surveillance by the NYPD via informants and undercover officers while at school.  The NYPD even went as far as having their officers pretend to be recent converts as a means of infiltration. The negative effects of such selective profiling and Big Brother like treatment towards a marginalized group of people are many. To give a very pertinent example that illustrates just how impactful this brand of manipulative censorship can have on a community you don’t need to look any further than Hunter College. 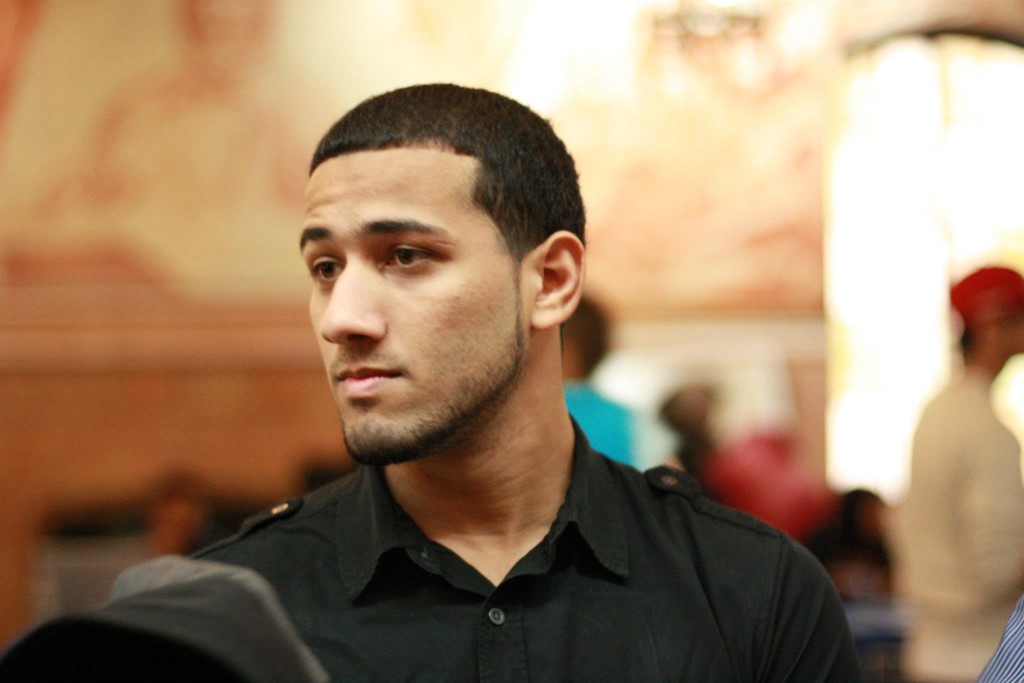 Hunter’s very own MSA at one point in time had a sign placed up in its clubroom that read, “No politics allowed.” It was a very problematic sign to have up in a time when (this sign was up during the 2011 and 2012 semesters) drone strikes in Pakistan and Yemen, the Arab Spring, and the wars in Iraq and Afghanistan were occurring simultaneously. Despite the fact that a large number of Muslims in the CUNY system are immigrants, or are children of immigrants, they were unable to comfortably discuss political realities that affected their families overseas, as well as the realities of Islamophobia within the United States. “Political discussion” (i.e. anything deemed controversial like discussions of human rights abuses and war crimes done by America) was effectively censored within the MSA, not for any religious or pragmatic reason (like avoiding fights or disunity), but due to the fear that some in the MSA may be working for the NYPD. 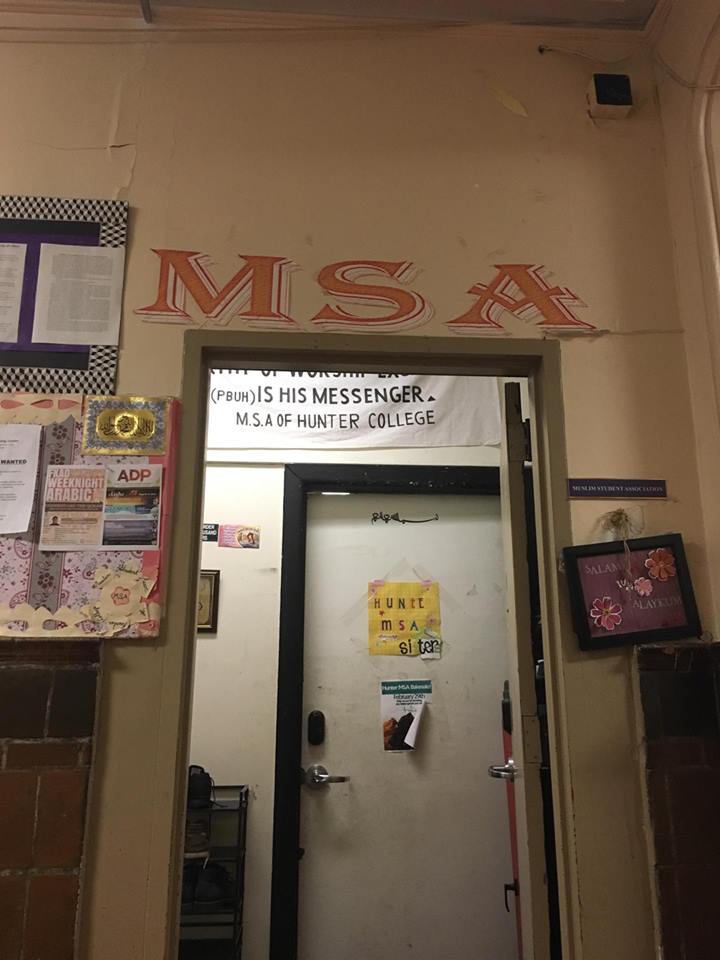 The fear that any political or religious opinion of an individual that is not in line with the status quo of American “interests” would be used as justification for unlawful, unconstitutional, and undignified treatment was enough to deter most people from breaking that rule. No one wanted to be that guy that ended up on a news reel being labeled a terrorist because the NYPD deemed Muslims that are anti-Iraq and Afghanistan war, that don’t support the troops in unjust wars, or that don’t support Israel, to be a threat to national security.

Muslims in Hunter MSA were made to feel alien and detached from their situation, domestically and abroad, not just from society at large, but even within their own circles of community and friendship. They were not allowed to grieve and feel for the loss of human lives that were lost as a result of war and “collateral damage”, even if some of those lives may have been the lives of loved ones. This is the result of surveillance — the discouragement to feel when you want to feel out of love for your fellow human being and collective community, and the insistence on fearing the state for your own individual safety. 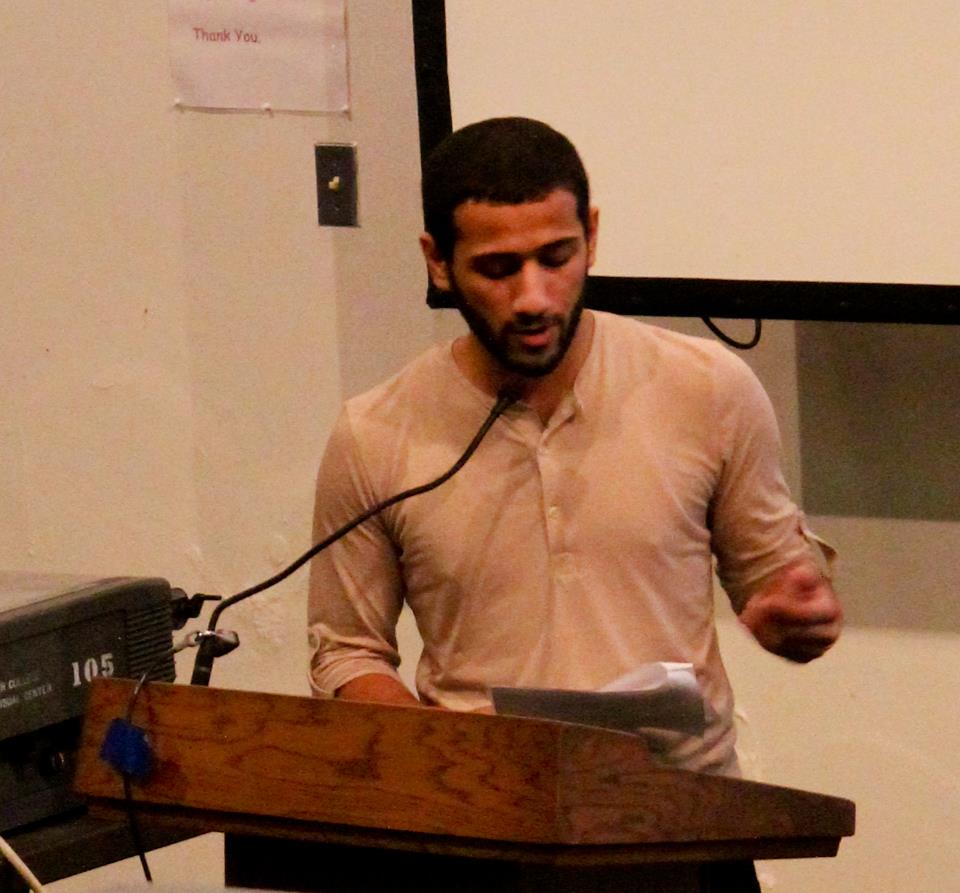 Essentially, a sense of your humanity and sensitivity is lost, and fear is the emotion on which you begin to base your communications with others. It’s not a fear that is constantly present: it rears its ugly head when you openly question the realities around you. It is more a subconscious barrier rather than a conscious one. Imagine having pizza with your friend and he asks you what your thoughts are on Hamas, that’s when the fear presents itself. Either you fear that your friend may be an informant and he’s asking you this to catch any whiff of  “extremism”, or you fear giving your honest opinion and your friend (who turns out is not an informant) brands you an extremist because he has been made to believe that anyone that is a Muslim and holds an unpopular opinion, must be an extremist or prone to extremism and should be exiled or abandoned for law enforcement to deal with.  This leads to the decision where you just move onto the next topic and never speak of this again.

Islamophobia is a very real and persistent threat to Muslims even in the very liberal city of New York. How is it fair treatment that Muslims have to accept being subjected to hearing their fellow classmates and peers saying things like they want to “nuke the Middle East” or question the humanity of “those sand niggers” in classroom settings with no fear of consequence, while Muslims have to be wary of their safety from law enforcement if the word Palestine even rolls off of the tongue? 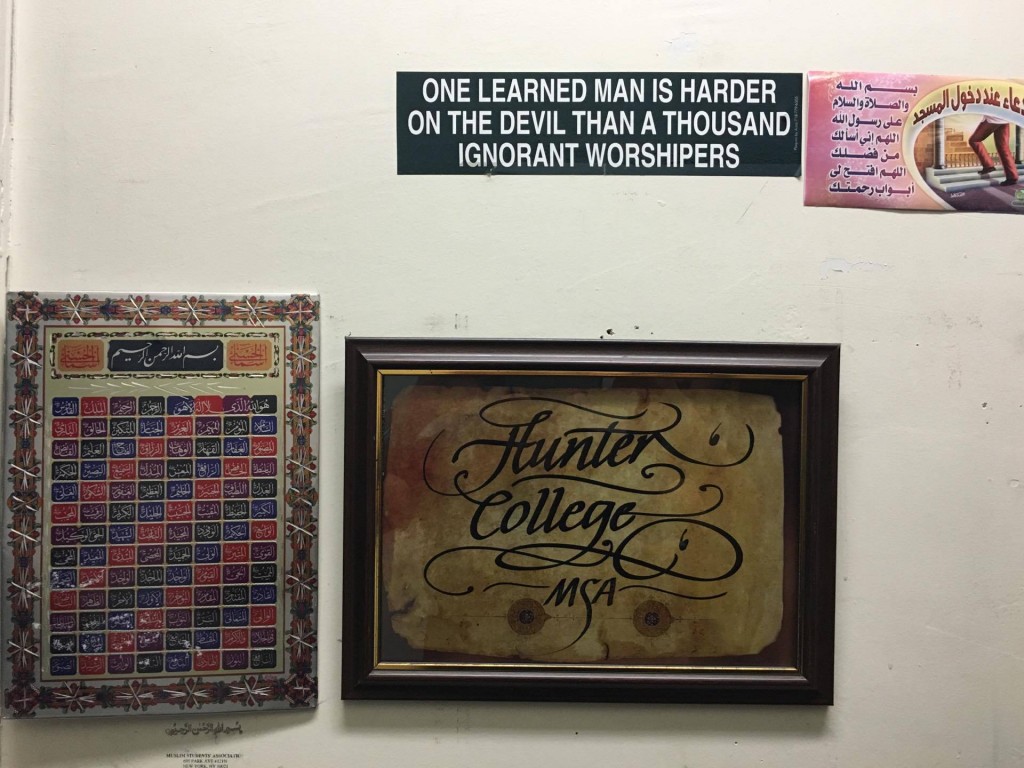 Colleges and universities ideally serve to function as open and nonjudgmental arenas where students can network and exchange personal beliefs about the world, politics, art, religion, business practices, etc. with the presumption that this open, free, exchange of ideas will manifest itself into the betterment of society and the world at large. With no serious efforts made by the administration to ensure this obstruction of civil liberties never occurs again, not even a formal statement condemning the surveillance (in fact they made one that indirectly justifies it), CUNY has shown it is not interested in upholding these values whatsoever. For CUNY to ever claim it cares for the safety and intellectual freedom of all of their students equally would be a blatant lie. The inaction and inability of the administration to ensure their Muslim students should never fear being under surveillance ever again while on campus is truly an injustice.