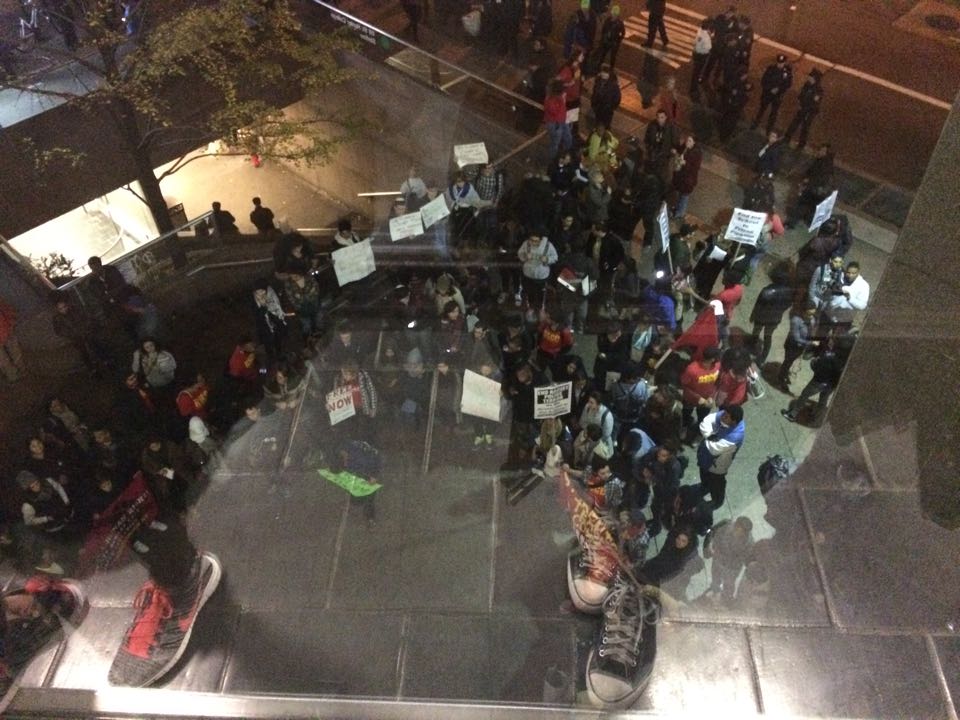 17.59 Demonstrators chanting outside of Chancellor Milliken’s.

At 5pm, Hunter activists began their action as a part of the Million Student March, a nationwide set of rallies held to protest increasing student loan debt, to call for tuition-free public colleges and to demand the installation of a $15 minimum wage for campus workers. 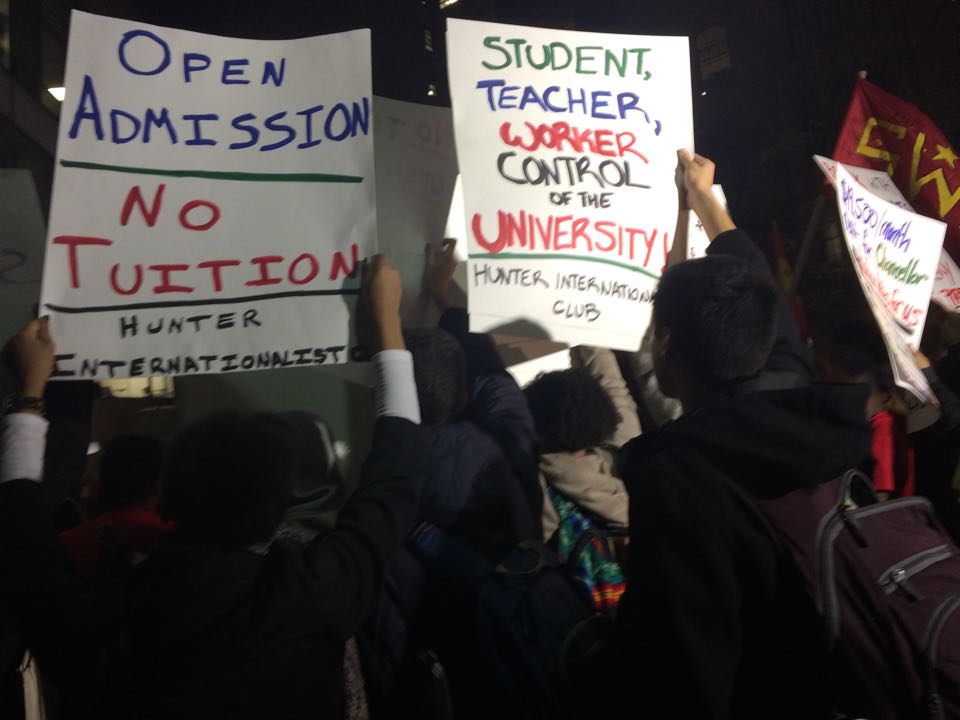 The protest began outside Hunter West and the 68th Street 6 train station.

Students with banners began their action next to the “Tau” statue by Tony Smith.

By 5pm, 50-60 Hunterites and students from other colleges assembled in a circle with banners and back-and-forth chants of “Freeze Tuition”, “Workers of the world unite” and “Only revolution can bring justice”.

By 5:30pm, 180-200 protesters from Hunter and other campuses were present in the rally.

At 5:47pm, the rally began moving to Chancellor Milliken’s apartment building two blocks away. Protesters kept to the sidewalk, as police officers and cars walked on the street. 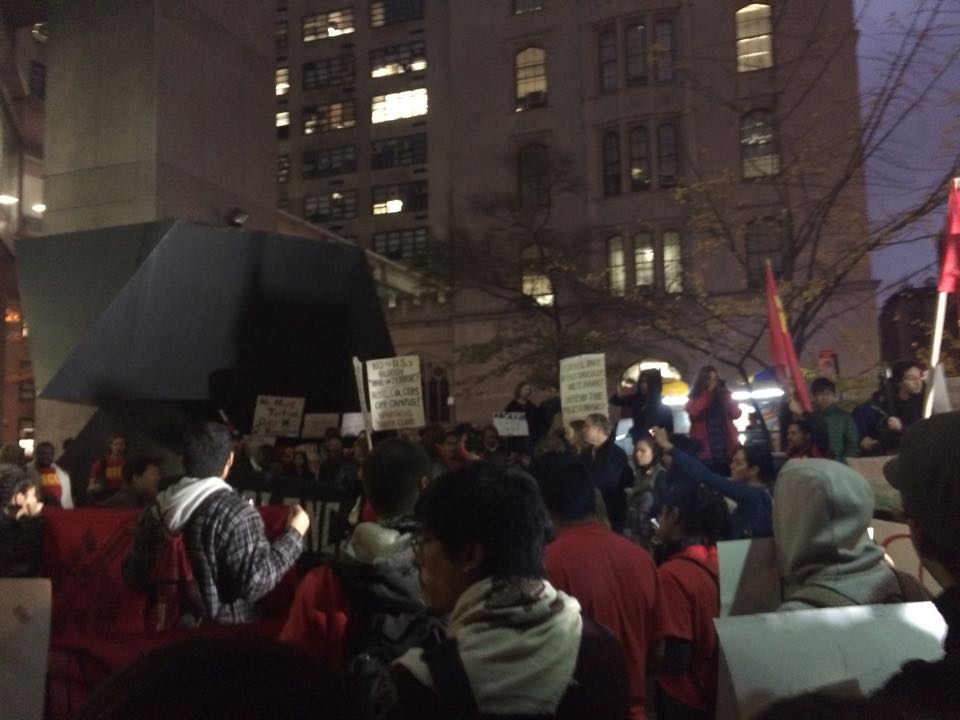 Speakers took turns standing in the middle of the circle.

According to Reuters, Texas State, UMass Amherst and Depaul University have already held rallies, among other schools all over the nation.

Standing in between two police officers, a counter-protestor engaged in a debate with protestors, saying: “I think Communism is misguided” and shouting “Make America Great Again”.

The protest was peaceful, with no arrests or clashes.