A Hunter grad’s starting salary is $11,000 above the national average

The average starting salary for a Bachelor’s graduate from Hunter is $44,800, according to the Department of Education’s College Scorecard

Considering the fact that we live in 2015 and not 1980, this is a number that should cause discomfort.

Prices are constantly increasing, we’re still recovering from a recession, and owning a house in your 30s— something the past generations were able to achieve with relative ease — is a sad fantasy. 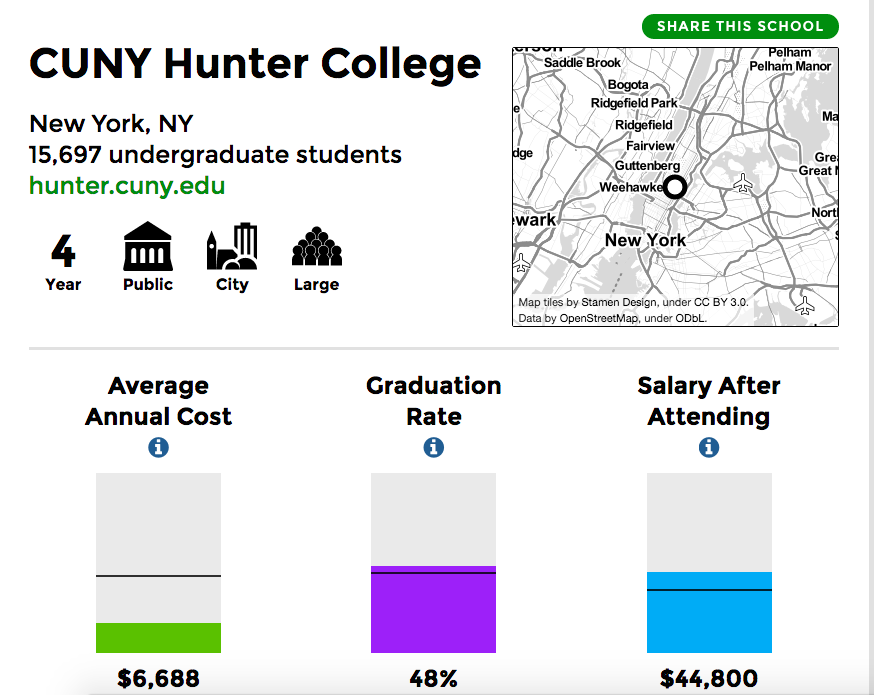 College grads step out into the “real” world, with a sheet of fancy paper that promises them the past 4 to 5 years were enough to land them success and comfort in their careers, only to find that finding jobs, paying rent, and meeting the standard of living is downright difficult. 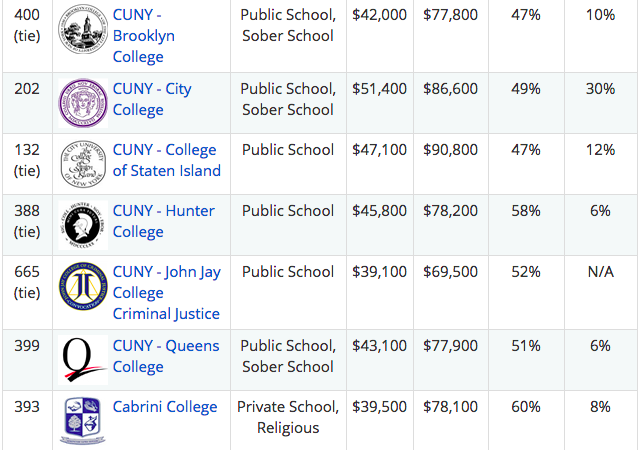 Compared to the average, that’s better, but not by much.

Compared to the other two “big” CUNYs, however, the results are a bit upsetting.

Despite Hunter being the biggest and one of the stronger CUNY colleges, these stats are still unsurprising. Predictable, even. You’re probably reading this and thinking, “Oh well. Yep. That’s what I expected.”