If you're an avid Instagram user like myself, you've definitely seen these girls on your feed. Not to mention your jaw probably dropped when you saw the amount of followers they've locked in and the thousands of likes their Instas pull.

The Tab reached out to some of the most followed ladies of CU and asked them the big questions. Like, how do you edit your Lost Gulch pictures? Do you get free stuff when you collab with those bikini brands? Would you ever *gasp* delete your social media entirely? 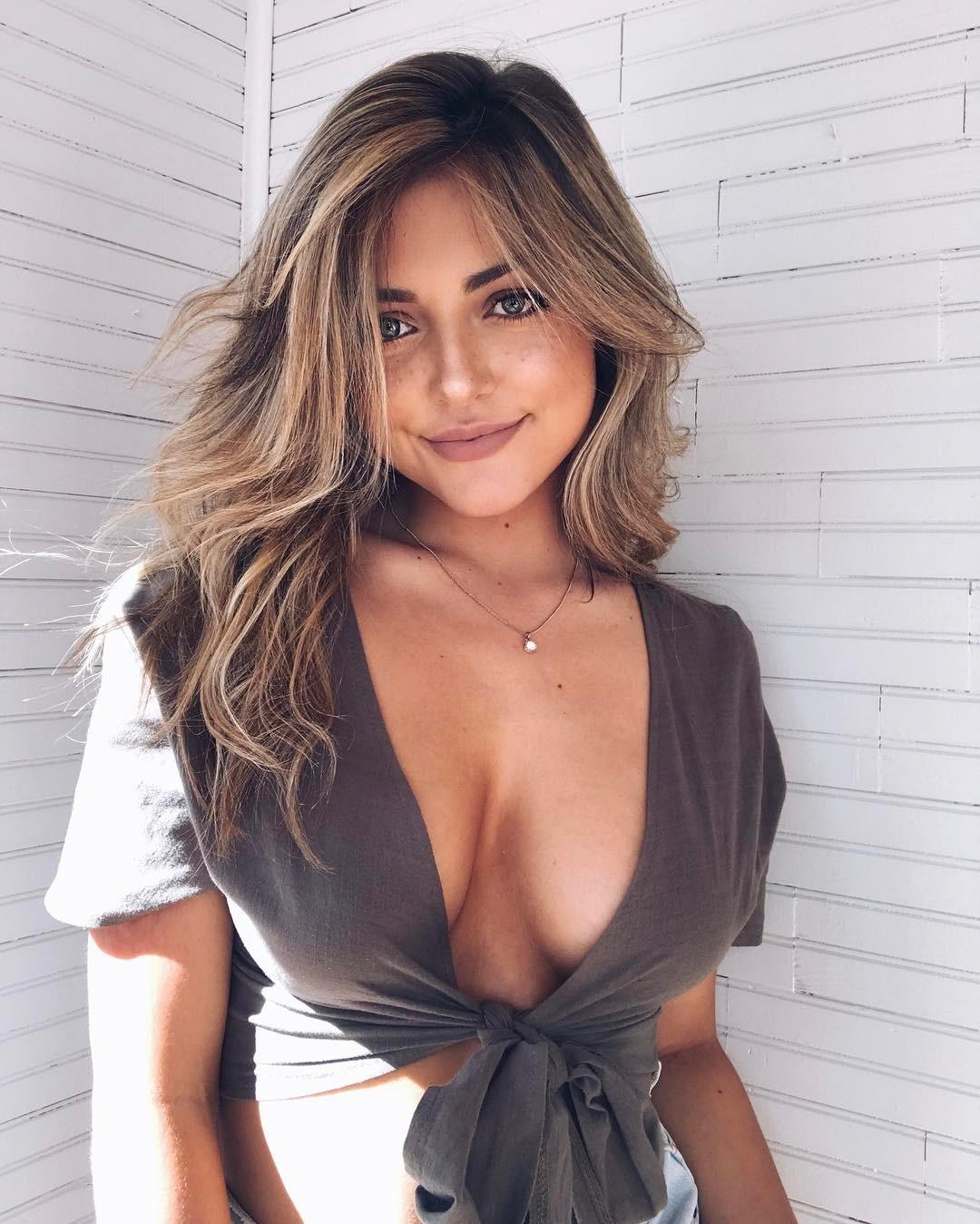 Lara, a Colorado native, lovingly refers to her Insta as her "second child to [her] cat, Nigel." In the future, she hopes to "become more of an inspiration and lean towards the fitness side that isn't displayed on [her] feed just yet."

Lara says she gets noticed "here and there, but only a couple people have ever said anything" to her while out in Boulder. Her following really got going during fall semester of her freshman year, and "snowballed" after she surpassed 10k.

When asked if she would ever delete her social media, she says she has "thought about it a thousand times and there are moments where it's a lot to handle, people can be really mean and it's a never ending battle of self confidence." What's holding her back from deleting the app? She reasons that she has "invested so much time and effort into it that [she] can't go back now."

A fun fact: Lara's main hobby is painting, and if you scroll through some of her posts you might catch some of her art featured in her Instas. 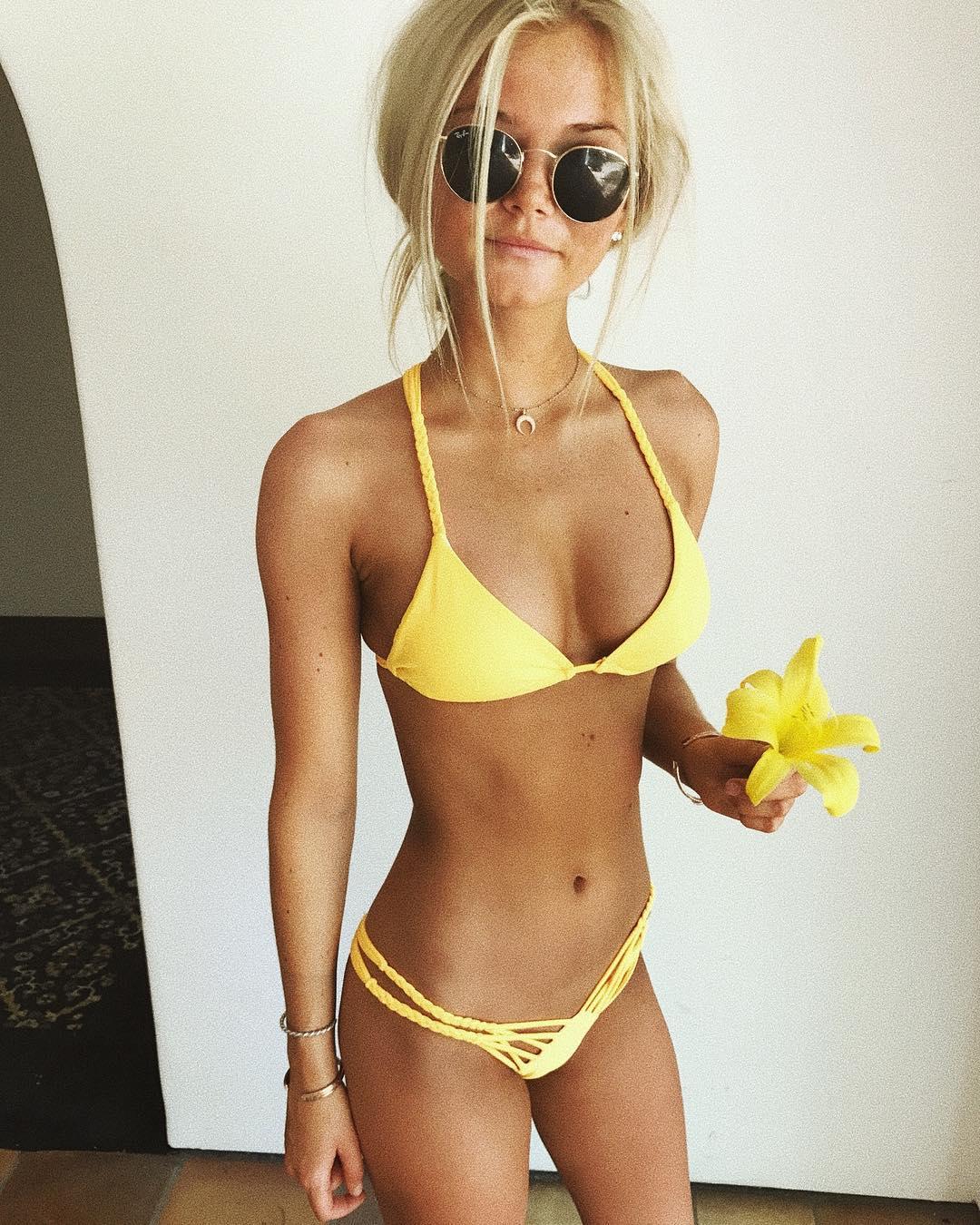 Kendel first saw her follower count sky rocket last spring when she was visiting California fairly often. If she's ever noticed out and about, it's "at parties, but never on campus." Being totally honest, Kendel says she "doesn't know why so many people follow [her]."

She thinks "using the word 'famous' is a bit of an exaggeration" because fame makes her "think of celebrities." Nonetheless, she's gained quite an impressive following and says she loves using disposable cameras to snag "more candid, of-the-moment photos."

Kendel says the amount of time she spends on social media is "about the same" since before she gained a bigger following. Would she ever delete social media entirely? Kendel says she's tempted "all the time." She gets "pretty addicted to it and finds it distracting [her] from work and class."

Pro-tip from Ken: "Delete your apps from your phone for a few days at a time just to detox a little." 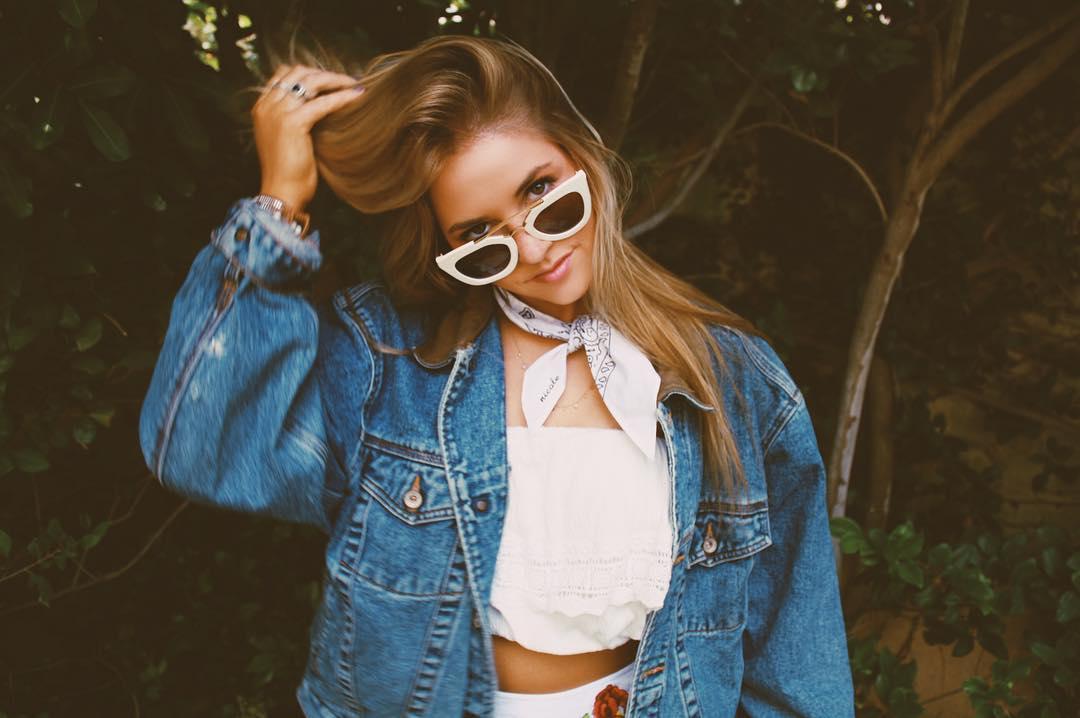 Nicole describes herself as "an average college student, absolutely loving every minute of [her] life" and says she is "relishing in all the privileges God has graced [her] with." She views her Instagram as a way of "creating art for every photo" and an opportunity to "get involved with positive movements as well as the chance to help support causes and raise money for charities."

Has she ever been noticed when out and about? "Awkward, but yes," she says. The downside to having thousands of followers? She "doesn't like the thought of people having a preconceived notion of who [she is] before they meet [her]." She would much rather "meet people organically and [she thinks] first impressions are everything." Once, though, at the Chainsmokers concert at the Aspen X-Games, a girl approached her to ask for a photo after asking, "Are you Nicole Lloyd?!"

She often hears "wow, you're a lot more mellow, reserved, and humble than I expected you to be" from those chance encounters with her followers and admits that "putting photos of yourself out there puts you in a very vulnerable state."

Nicole goes on to say that "it is human nature to be judgmental and basically pick apart every part of one's appearance when they get the chance, and yes people are going to notice when you gain weight or have a giant zit on your face, and yes they are going to form an opinion about you, and yes if they are feeling very inclined, they will unfollow you." Does that change the way she chooses to run her account? Not at all, but she is tempted to delete social media "all the time, mostly because of the 'preconceived notion' thing, as well as all the judgement." 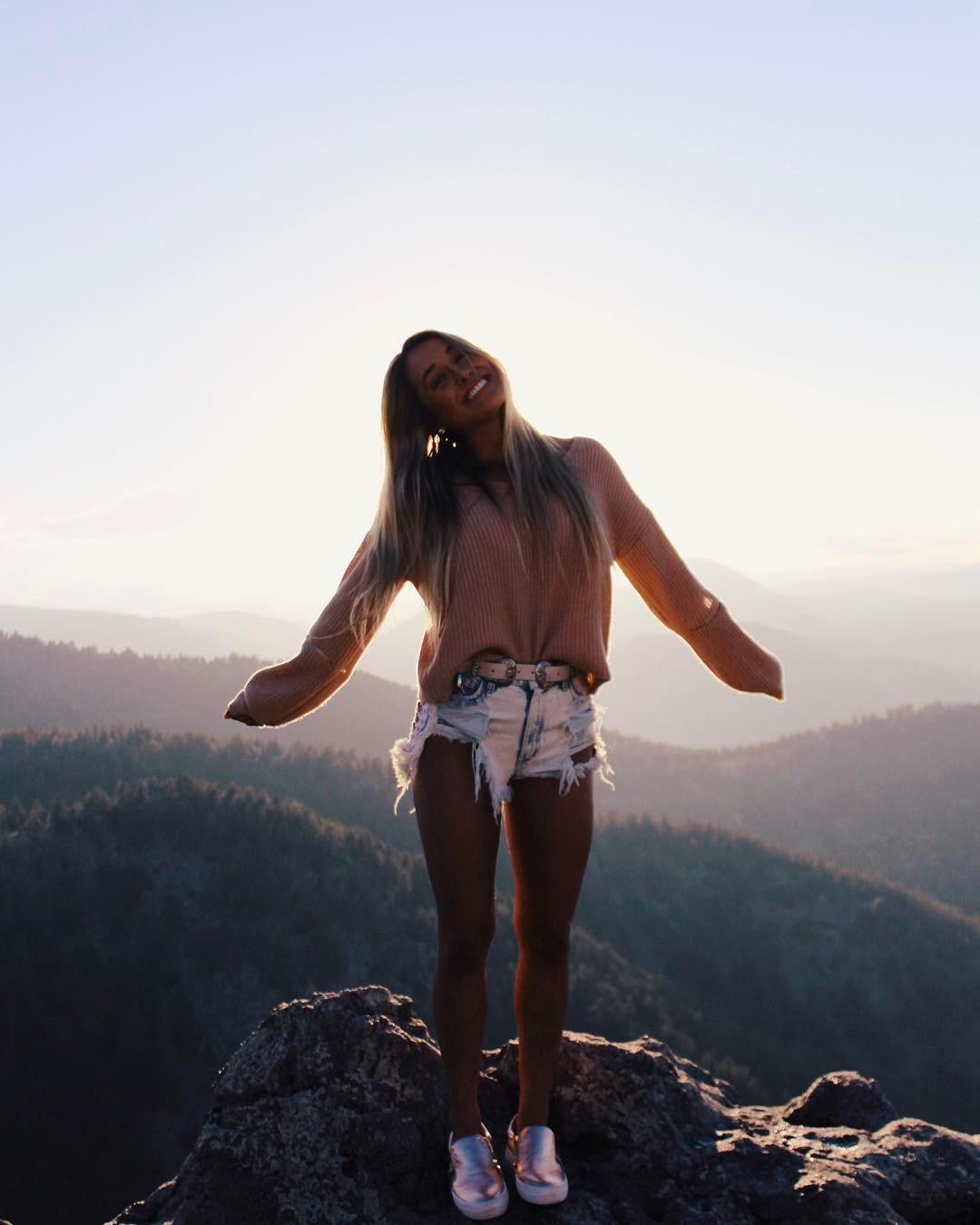 Natalie says she has been noticed "a couple times" out in public, whether it be walking to class or out on The Hill, but still doesn't consider herself Insta-famous. She got an pretty early start with the Insta game and noticed her followers start to grow in number around the "end of high school and beginning of college."

The downside to her 70k followers? "Creepers." Natalie says she she has "definitely had some awkward moments when [her] friends joke around about [her Instagram] in public."

How did Nat gather that 70k? She credits it to the fact that she has "moved around a lot" and lived in "10 different cities growing up, so [she has] been able to make friends with people from all over."

For Natalie, Instagram is her "way of remembering places and moments, but it's definitely good to take time off of it."

Brands she collabs with: Georgia Jewels 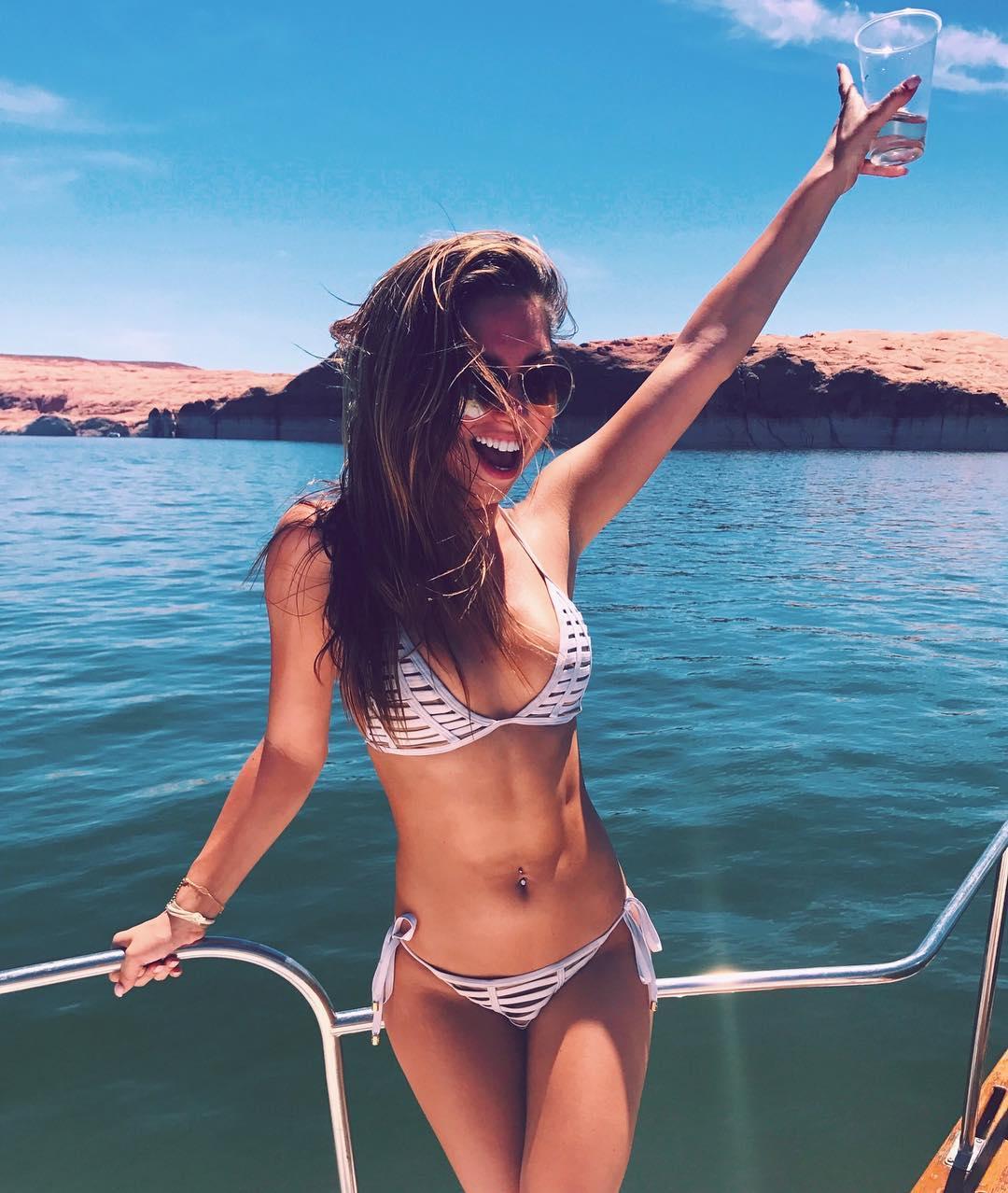 Gab lucked out when her "hot friend tagged [her] in a pic" and the followers started flowing in from there. With a bright feed and smile-y pics of her and her friends, Gab 100% recommends taking pictures "in the daytime with good lighting."

She never expected her following to grow as much as it has, especially because she doesn't think she has "a certain 'aesthetic' that a lot of people have." A downside to her big following? The "creepy random guys who send you disgusting things."

Gab dropped some wisdom on us and says she's "definitely" been tempted to delete social media entirely. Her thoughts on social media show off her level-headed nature. She says that "social media has such a big impact on this generation's self-esteem and we all are constantly comparing ourselves to other people whether it be through looks, vacations."

Some advice to keep in mind while scrolling through your feed: "It's hard nowadays to love yourself for who you genuinely are because the internet always show the best version of everyone, not the reality."

Brands she collabs with: Triangl Swimwear, Superga USA (in the works) 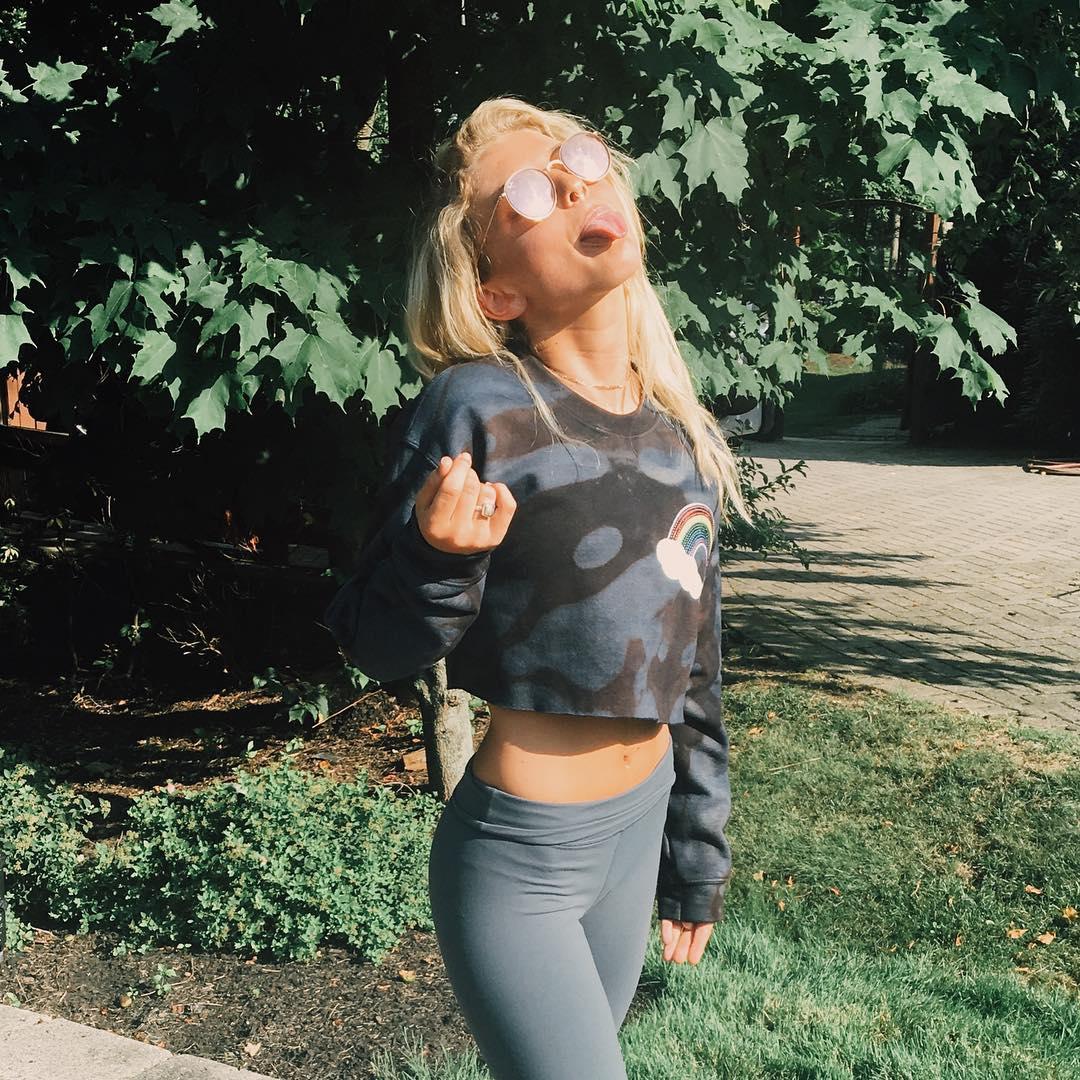 Liv might "pay so little attention" to her Insta, but she's killing the game at a young age. Her following started to grow her senior year of high school after moving back to New Jersey from South Florida.

Despite getting hit with thousands of likes on her Instas, and once being noticed by three girls on a train who begged to take a pic with her, Liv stays humble. She kindly "snapped a couple pics" with the girls, even though she was "in a large Polo t-shirt, coming back from [her] night out in NYC" and still rocking last night's make-up.

Besides "the occasional snide comments" on her posts, Liv gets positive feedback from her followers and is always posting hip content that stands out from the average Insta. She says her love for rap music helps her create captions "with unique lines from current songs that not everybody may know."

Brands she collabs with: Karma Bikinis, NinjaGlide Hover boards (sick fact: she got a free pink hover board) 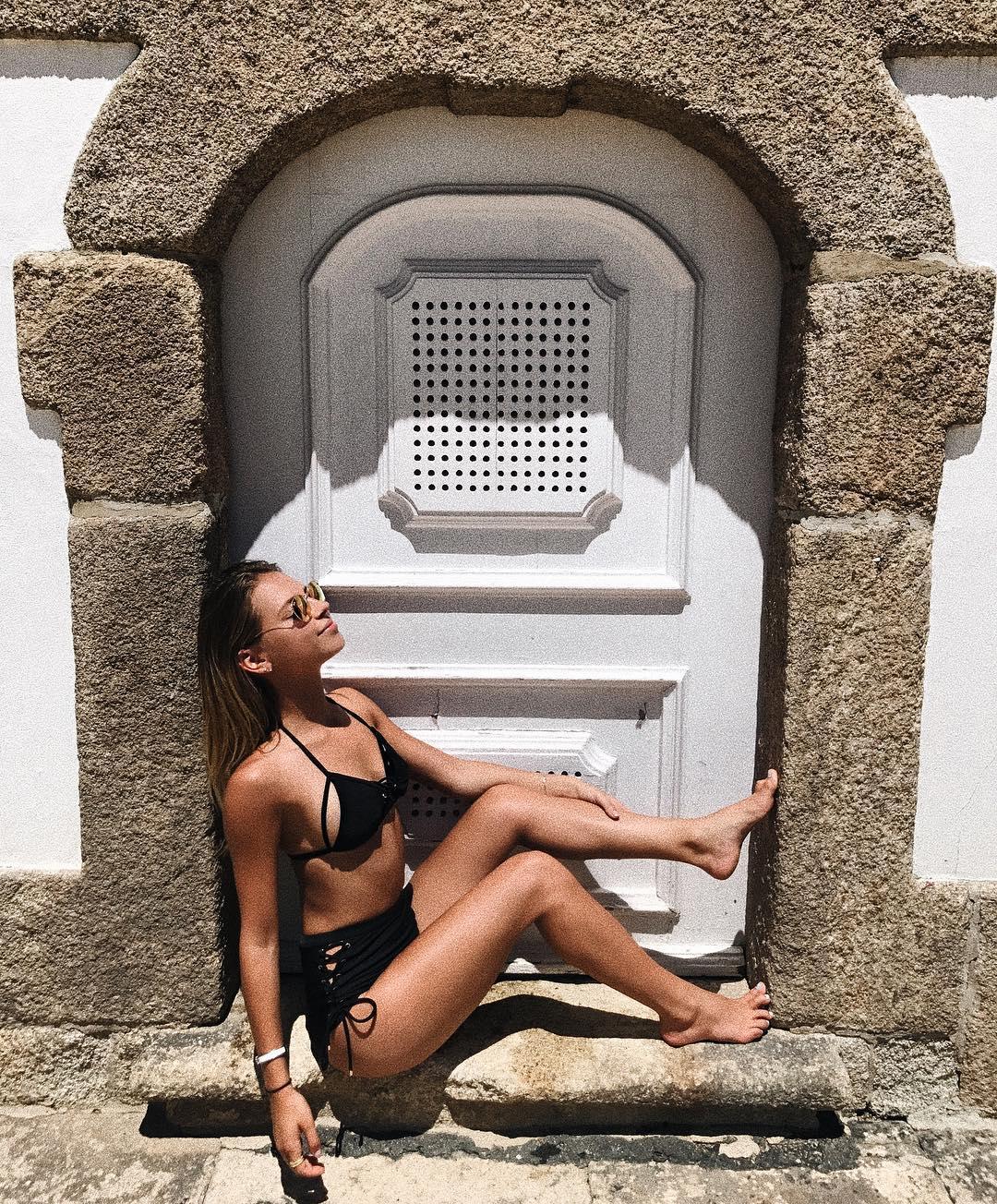 Juliette first noticed her followers start increase "about a year and a half ago after being posted on I'm Shmacked and TFM." Jules doesn't consider herself insta famous, but rather "somewhere in the middle." She does, though, get noticed out in public. Sometimes she hears "Are you Julez Sandak? Is that your real name?" while out on The Hill.

Since she's stopped collaborating with brands like College Babes, Barstool, I'm Shmacked, and TFM, her following "has slowed down a lot." Jules says she's hoping her following can grow in ways outside of those platforms.

Jules' main advice for building a follow-worthy feed? "Stick to an aesthetic that fits your personality and artistic style."