You’ve seen it in the news, heard it from the Planned Parenthood volunteers by The Hill underpass, and now it’s time to get involved

In the political arena as of late we’ve witnessed a rise in threat to human rights, specifically in women’s rights to their own bodies. Rising up right along side these injustices are organizations, movements, marches and noble humans fighting back for the greater good. You can find reliable and inspiring groups on campus pertaining to these issues. I talked with Oriana Richmond, the founder of Buffs for Reproductive Justice, and got the low down on what’s up, how to get involved and why she was inspired to create the group. 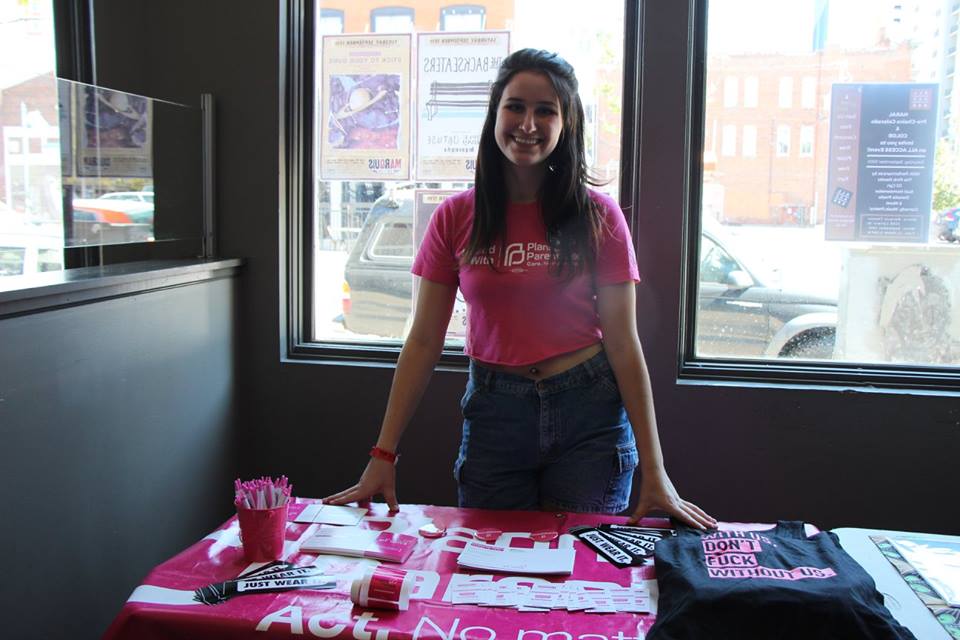 Oriana describes Buffs for Reproductive Justice as “an organization that provides students with an inclusive, intersectional and pro-choice environment in which to cultivate activism, community and a healthy campus culture.” She hopes that they “will be leading positive group discussions regarding reproductive justice, providing ourselves as a resource and a wealth of information for students, and hosting community events.” In addition to this, they “serve as network for student activists and will help encourage and cultivate activism and community service in the CU community.”

Overall, it’s a great group to join if you’re itching to get involved at the local level in the fight for women’s rights. 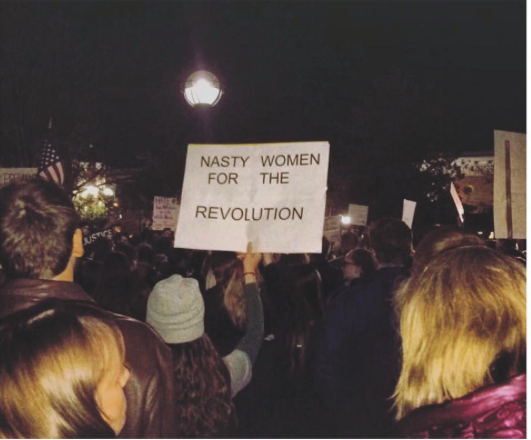 “Last year, when I was a freshman, I noticed multiple pro-life groups and presences on campus but I saw few, if any, pro-choice ones,” Oriana explained. She realized that people wanted to get involved in reproductive justice activism and decided to bring the idea for a student group to Planned Parenthood once she became an Organizing Intern in August 2016. It was with their support that she was able to find the motivation and support to create Buffs for Reproductive Justice.

In regards to the recent words and actions from the new Trump Administration, Oriana said that she relates to a lot of the Boulder community. She expressed that she’s “nervous for the future of reproductive rights” due to our current administration’s stance on the issue. Oriana went on to say, however that, “We will not go back. We will continue to fight for reproductive rights as hard as we possibly can. Our progression will not be erased just because one man says it should be. We need to stay engaged and stay fighting for our bodies and our rights. We must take an intersectional and inclusive approach to reproductive justice in the face of recent events. We can do this.” 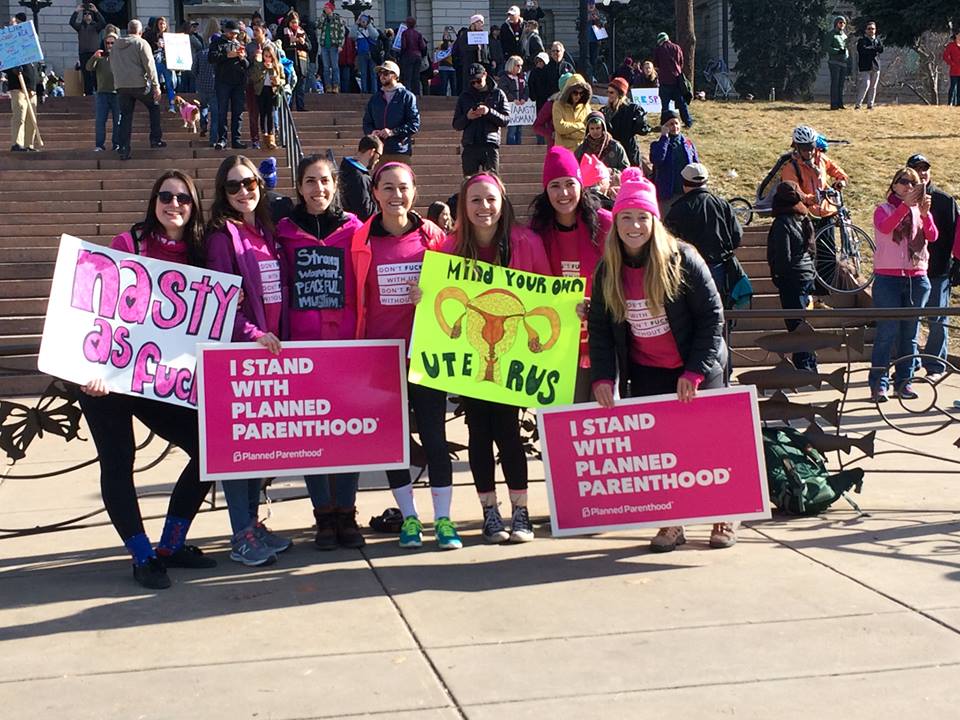 How can you get involved?

Students can get involved with Buffs for RJ in multiple ways, Oriana said. The first way is to come to the meetings, which are every other Tuesday in Hellems 211 at 6pm. The next meetings are February 7th and 21st. They will be hosting events that fall outside of the usual meeting times, so if students are unable to meet with them on those Tuesdays there will be other times to get involved as well.

“There are many local reproductive justice, reproductive health, and reproductive rights organizations such as Planned Parenthood, Colorado Organization for Latina Opportunity and Reproductive Rights (COLOR) and NARAL that students can get involved with,” Oriana explained. She would recommend following these organizations on social media and keeping up with them to see more activism opportunities outside of Buffs for RJ. She went on to say that the group is “a Planned Parenthood affiliated group and are happy to connect members with ways to get involved with Planned Parenthood as well.” It’s important to note that although many of these events are in Denver, Buffs for RJ works to coordinate carpools and buses in order to get CU students to and from in a safe and reliable way. They “regularly organize carpools to events and most recently we drove Buffs for RJ members to the Women’s March on Denver in January.” 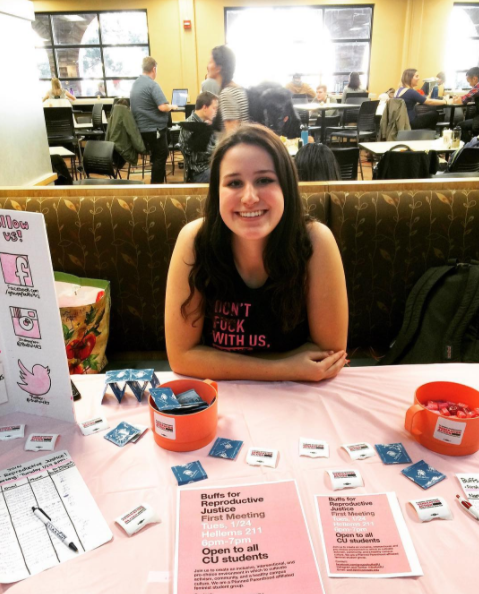 Group Meetings: Every other Tuesday at 6 PM in Hellems 211 & the next meeting February 7th

Looking out to the future, the group already has some solid plans on the horizon.

“This year, we are working to host multiple events on campus as well as build a strong base of members. Right now, we are planning a documentary screening as well as a demonstration that promotes awareness of domestic violence in our community,” Oriana said. They are also working to sponsor a Planned Parenthood rally on campus, so watch for that coming up during the last week of February. 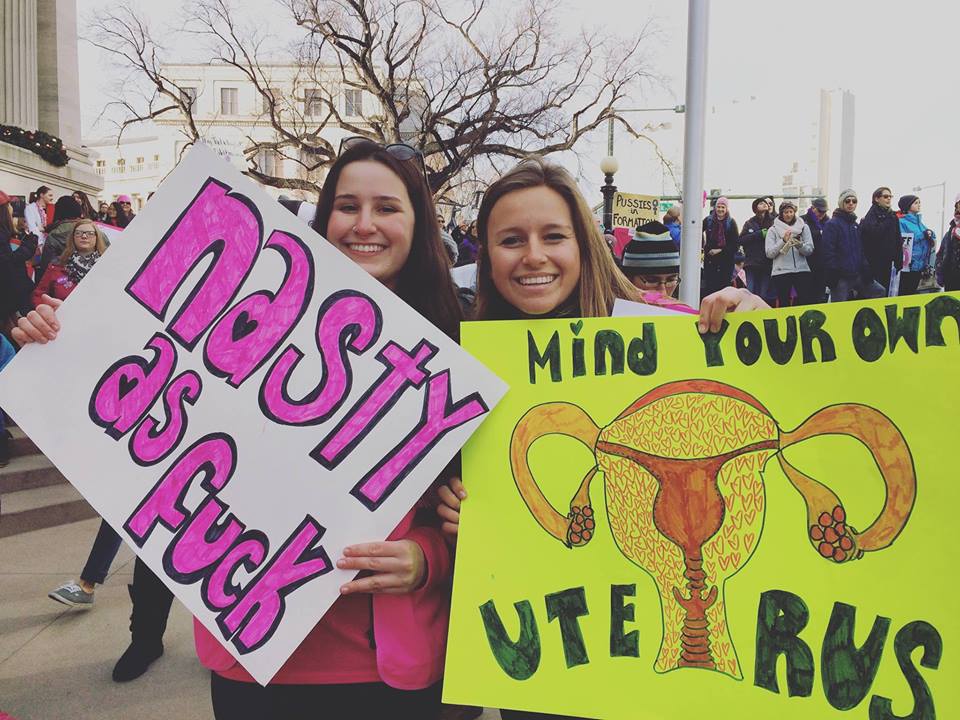 See what’s up with the Buffs for Reproductive Justice tomorrow, Tuesday, February 7, at their table in the UMC from 11-4. If you’re interested in joining the group, stop by at their next meeting: Tuesday the 7 at 6 PM in Hellems 211. Keep fighting the good fight, Buffs!

Contact Oriana Richmond to get involved via her e-mail: [email protected]