We found out if CU is actually liberal, or secretly supporting Trump

The results are finally in

We surveyed 141 CU students to see what their thoughts and opinions are on the 2016 Presidential Election and all that has gone down between the two major party candidates, Hillary Clinton and Donald Trump. Here’s what we found.

All participants and their answers are entirely anonymous. Of our participants, 32 were male and 109 female.

As you can see in the chart below, the majority of participants, 122 to be exact, were white. The ‘others’ specified were both biracial. 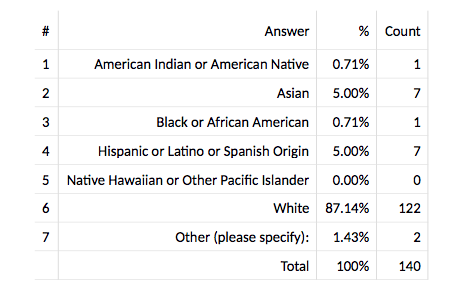 Freshman and sophomores participated more so than upperclassmen, with sophomores taking the lead.

We asked participants to rank how much they agreed with certain statements. Here’s what came from that bit of the survey:

What party did participants say they were affiliated with? 41.84% are registered as Democrats, and Republicans come in as a close second with 33.33%. 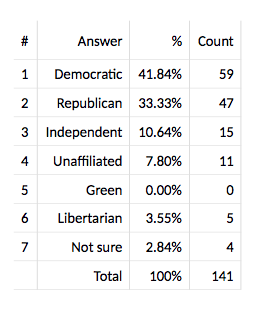 The majority of participants stated they are “definitely” going to vote in this year’s election.

Did participants know how to vote if they weren’t registered in CO? If you need help on the voting process in CO as an out-of-state student, click here.

Did participants vote in the last election? For the most part they did not, due to their age. 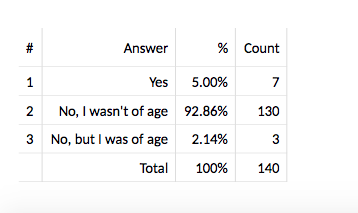 We asked which news station participants were most likely to tune into.

CNN won, but the other answers besides the options given were interesting.

At last, what you’ve been scrolling for. Who are CU students most likely to vote for? 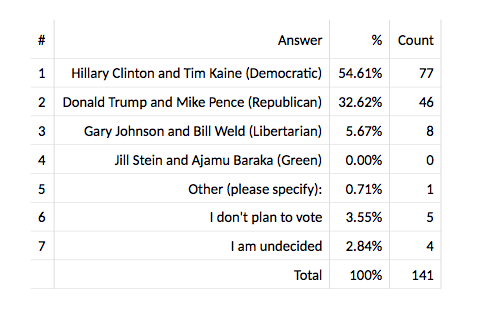 The singular ‘other’, well it’ll break your heart if you ever felt the Bern. “I wanted Bernie Sanders, but will have to unfortunately have to vote for Clinton/Kaine in order to do all I can to avoid a Trump/Pence presidency.” Side note, from my perspective as a CU student, this participant is most likely not alone in their sad Bernie bubble, but Clinton still has Boulder in her grasp. Although Trump is not too far behind, I think it’s safe to say Boulder is just as liberal as we thought.

Don’t forget to get out and vote on, or before, November 8th (not 28th). In Colorado, you can register to vote and then fill out a ballot all in one visit (how modern of you, CO). The UMC has polling stations conveniently located on campus and you can find their hours and other places to vote in Boulder County right here.