The best tweets from CU students about the first presidential debate

The greatest highlight reel you’ll find for the first debate

If you’re wondering what most Boulder students were up to Monday night, the answer is simple. They were most likely watching (or reading tweets about) the first presidential debate between Donald Trump and Hillary Clinton.

In case you were one of the few who didn’t catch the 90 minute debate, here’s a surface-level highlight reel what went down as captured through some of the best tweets from our very own CU Boulder students.

Trump created a new word, “bigly.” And, the majority of those that tuned in agreed Hillary Clinton came out on top.

No one was afraid to call Trump out on his bullshit.

Trump was desperately in need of a translator, and one kind soul stepped in.

Those who participated in a drinking game Monday evening (for example: Take a shot every time Hillary coughs or Trump raises his finger to make a point) probably weren’t feeling too hot come Tuesday morning.

Some students found valid points on their timelines that they retweeted to share with their followers.

Donald stated that Hillary doesn’t have “the look” of a president.

Some people are starting to miss the Obamas before they have even moved out of the White House. 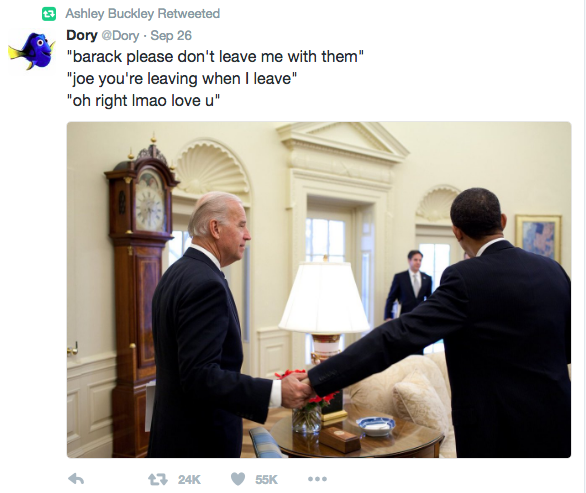 This tweet is relatable for far too many of us college students.

Overall, it wasn’t the best way to spend your Monday if you were trying to keep the good vibes from the weekend going.

And to end this highlight reel, a wonderful human shared these wise words.

To read the full transcript from the debate if you missed it/need some entertainment, head over here.