Everything you missed at the 20 Minutes of Action Protest

Hoping our silence will allow us to be heard

Last week I attended the 20 Minutes of Action protest at the UMC from 11:30-12:00. To read more about the reason behind the protest, refer to this article. A friend came with me, and most everyone arrived in pairs or groups, with the occasional single attendee. Our eclectic group settled into the grassy lawn with the Flatirons as our backdrop, and when the clock hit 11:40, the silence began. Chatter between friends ceased and phones were put away. 20 minutes of silence went by faster than you would expect. 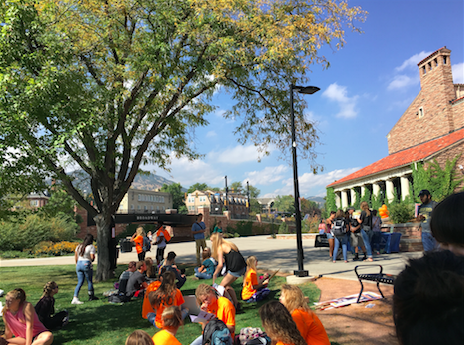 Within those minutes, though, I watched tears falling, smiles being shared, friends holding hands and not one moment of discomfort, despite the blanket of silence. We weren’t sitting in silence for all those who had lost their voices as victims of sexual assault. We were making a statement without angry words, loud voices or much movement at all. The stillness and the silence hung over us, and those that passed us by took notice.

The group that gathered for only 20 minutes all shared one thing in common. We want rape culture to end. We are fighting for days when sexual assault is intolerable, 100%, and justice is served properly. 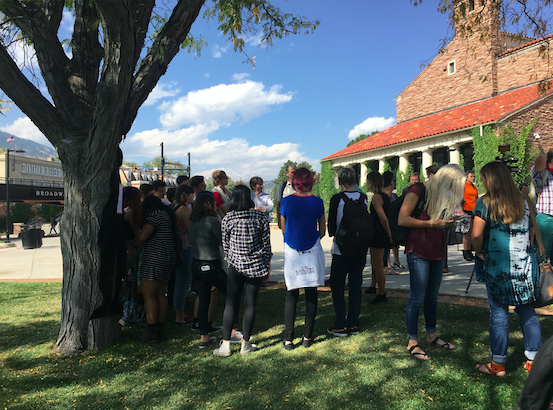 The protest was organized by Libby Symes, Sofia Penaylillo and Emily Nellestein. Also at the event were members of MESA (Moving to End Sexual Assault). Students in the Women and Gender Studies school handed out buttons, pens and other freebies with feminist slogans on each item. 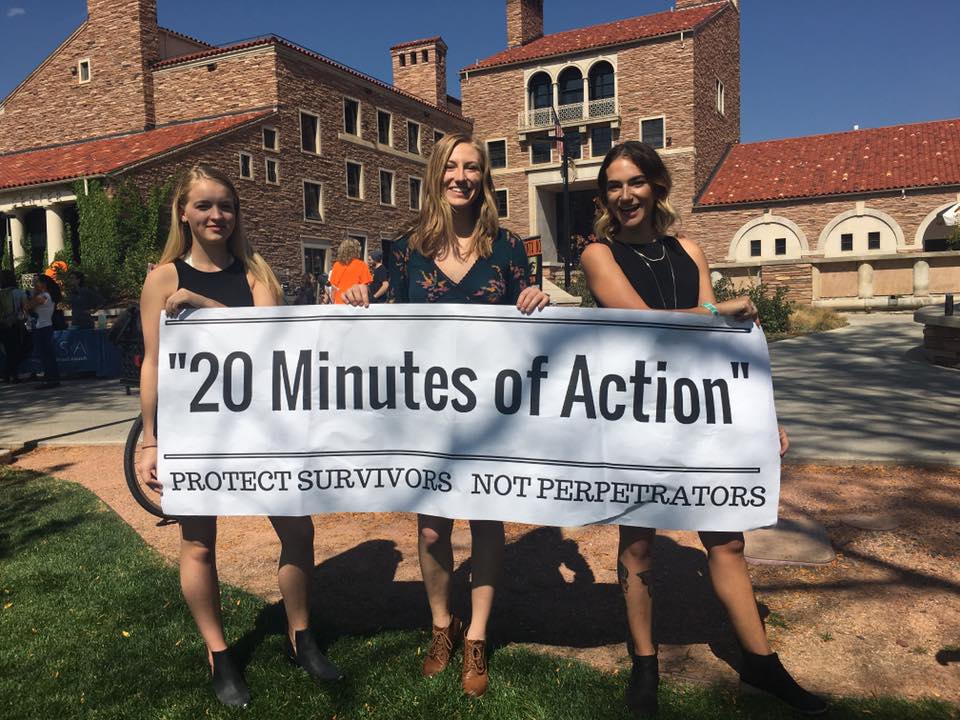 I spoke with a few of the attendees, and all had enlightening information and powerful words to share.

Gwendolynn and Faye, both juniors and two of the silent protesters, spoke to the lack of women of color present at the event, despite the fact that the majority of  sexual assaults that go unreported come from victims of color. Gwendolynn shared that she saw it to be “slightly disappointing.”

Both students also said “especially trans women of color” are targets of sexual assault, a statistic that not many are aware of. While we are making strides in the right direction, rape culture will not end until we see it covering every aspect of sexual assault and every size, color, gender and sexuality of people. 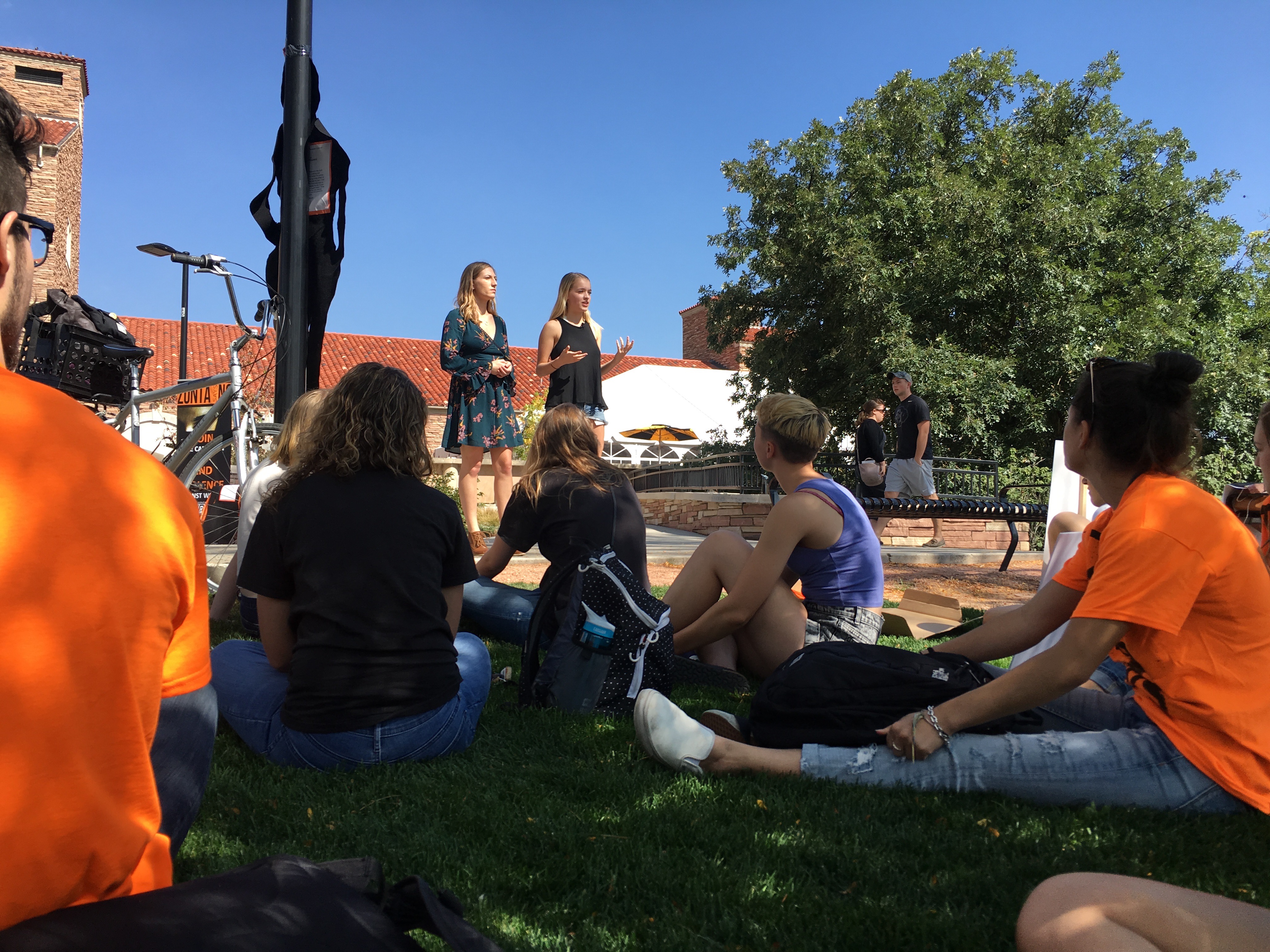 Keane, a junior at CU, gave insight into the male perspective. “I think it’s sad that I can go out wearing whatever I want, whenever I want, but my best (female) friends have to be mindful of what they’re wearing and who they’re with, constantly.”

The protest was not long, loud or angry, and yet, still overwhelmingly powerful. The fact that so many students, as well as non-students, were able to carve out the time from their busy schedules to support a cause that is so vital to our society and the safety of all women, was incredible to see. The hope within our hearts and the genuine passion that all the protesters felt for this cause was beautiful to see, and most certainly instilled more hope within each and every one of us.

For those who have been silenced, or fear speaking out, we sat Friday for you, and we believe in a future where we no longer have to fear sexual assault. The silence was powerful in its lack of everything.

Lao Tzu said that “silence is a source of great strength,” and on Friday we found an abundance of strength, for all victims, within our silence. 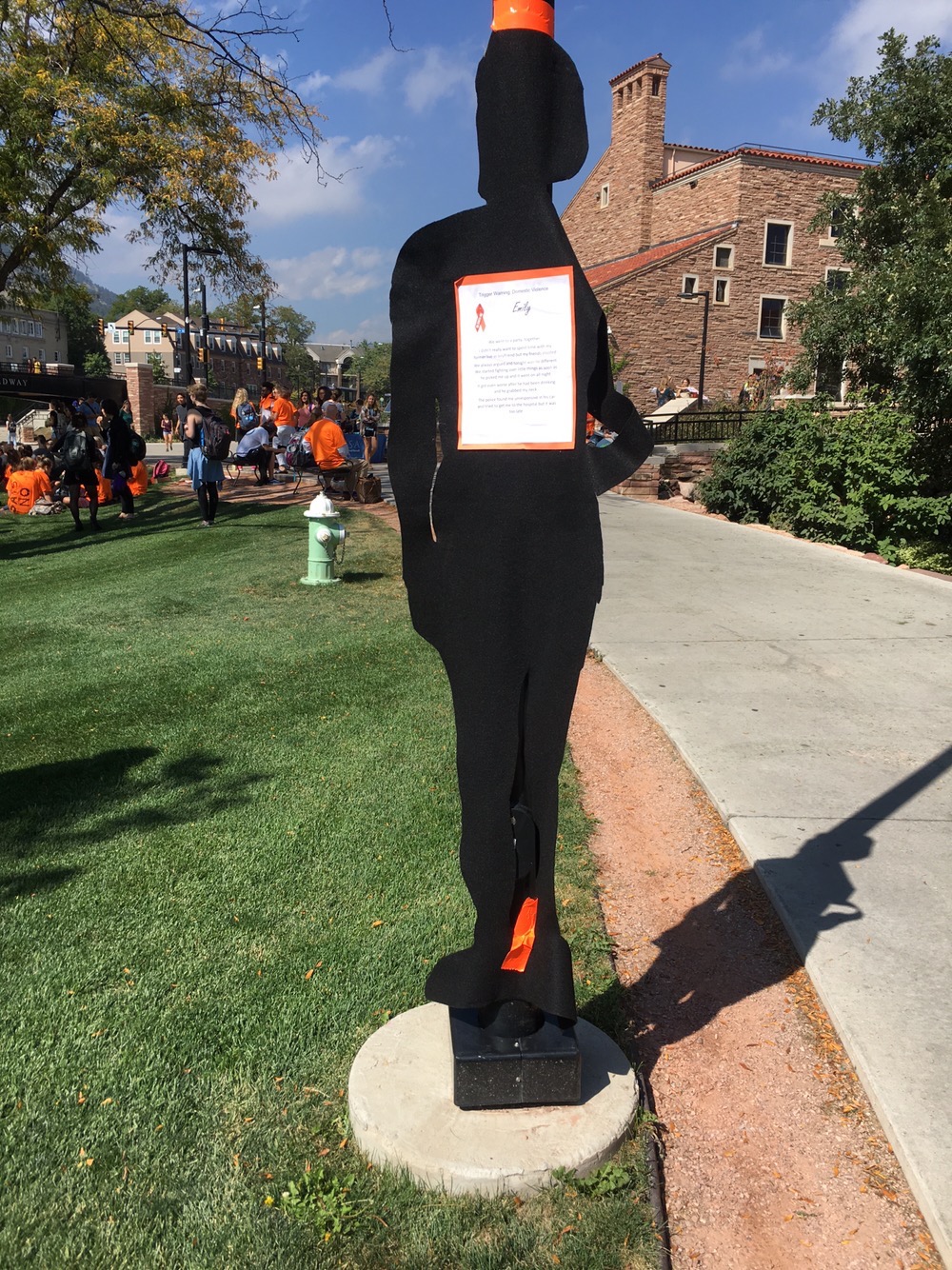 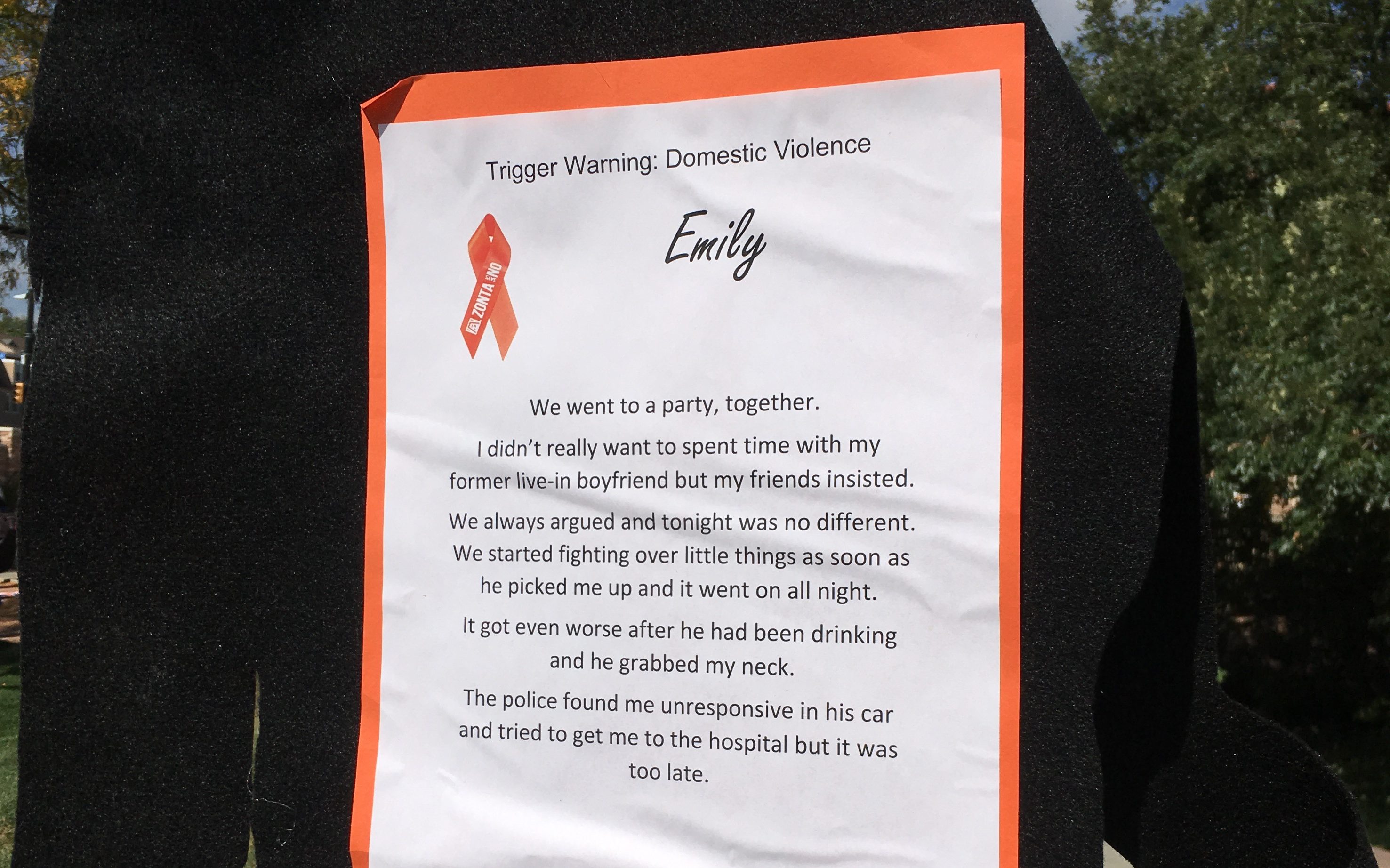