Back in June, we discovered a man born for Internet stardom on the Twitter account @WeekendSchemers. Matthew Griffiths, then a pre-frosh at McNeese State in Louisiana, had made 500 business cards with his social media and contact information that he planned to use to pick up women at bars. 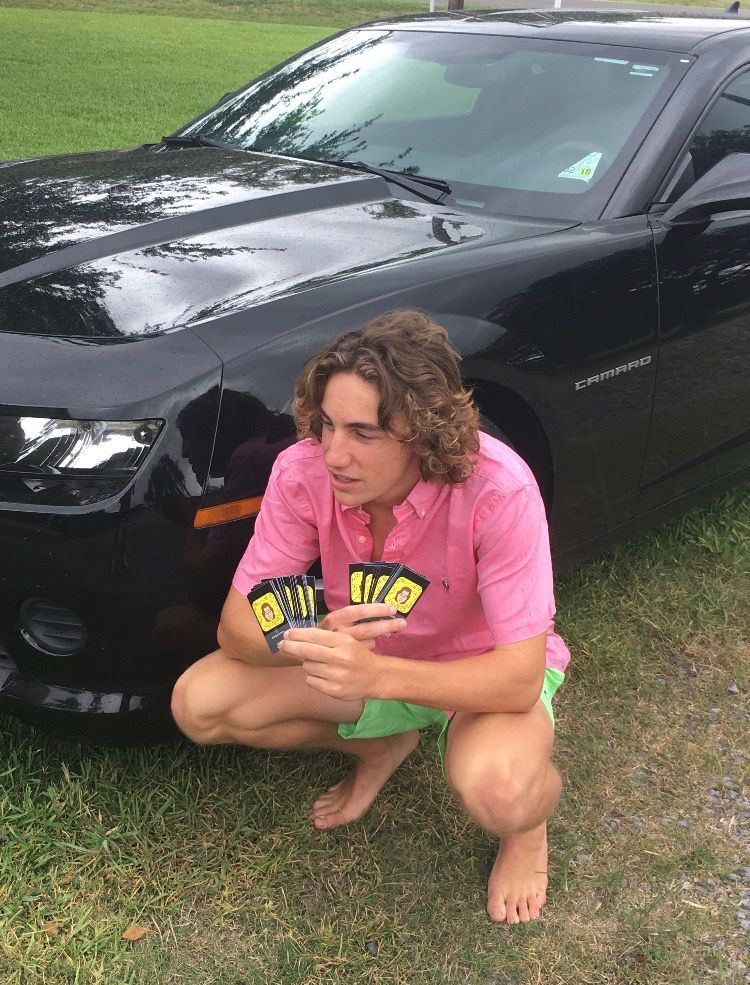 Griffiths and his cards

After writing that story, I added Griffiths on Snapchat, and he has posted some intriguing, out of the ordinary photos and videos on his story. So recently, we decided to follow up with Griffiths to see how the beginning of college has treated him thus far.

How has McNeese State treated you so far?

McNeese has been treating me quite nicely so far, although I have been spending most of my time running and going to class.

What did you do on Halloweekend?

Halloweekend was the first night that I could drink without worrying about being hungover for practice in the morning, so I went to my buddy's apartment party with my brother's alcohol and got "shwasted."

Have you used the business cards? If so, have they had any success?

I have used the business cards and it has worked, but I do not mainly rely on them. I have been recognized and asked for cards by girls on campus which has led to eventful evenings. However, I have learned that the cards are best used when either the girl or I are rushed to get somewhere. But the cards aren't the engagement of the conversation; charm and sweet talk lead up to the card which just gives them the chance to Snap or slide into my DMs, sealing the deal.

I've often noticed odd animals on your Snapchat story. Which pets are actually yours and which are just random weird animals?

Before I moved out, I was running on my old high school track late at night and saw a baby opossum and brought it home to take care of, then my parents got attached to it and we ended up keeping it. I didn't bring it with me, but we did get a new puppy. 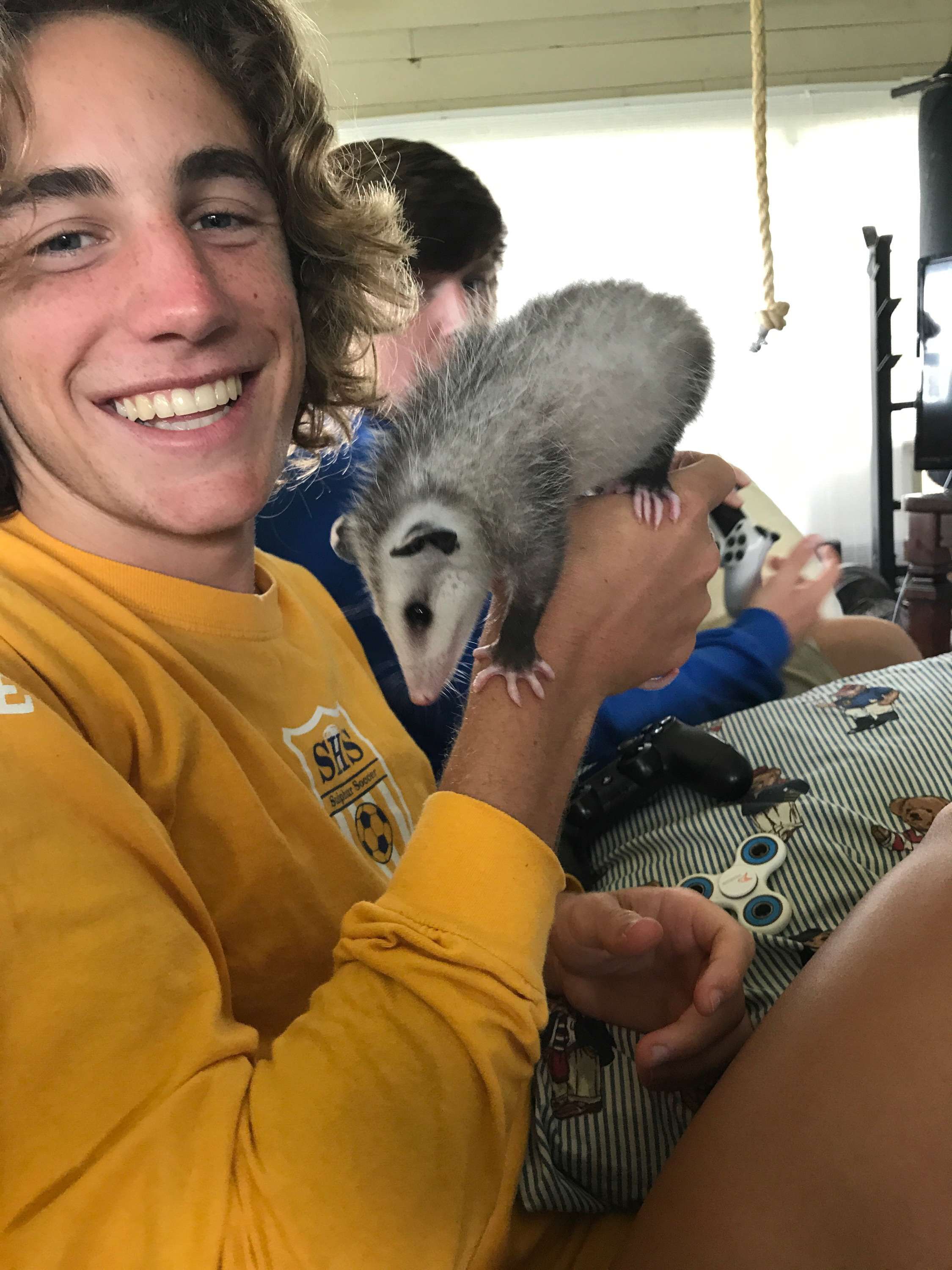 The baby opossum chilling with the boys

Do you have any crazy stories from school yet?

I haven't had the chance to make any crazy college stories yet because I'm always at risk of the cross country coach finding out who is doing what, and if I don't show up to practice, I risk losing my scholarships.

Having sex with the help of business cards, getting shwasted, and adopting possums all while running Division I track. Ladies and gentlemen, Matthew Griffiths is a national icon.