Sexual assaults and other sexual crimes have been mapped at Cornell for the first time.

The Tab Cornell undertook this project to give the student body a clearer picture of where most sexual crimes take place. The data is based on nine years' worth of police logs, which the university is obliged to disclose. Incidents logged on this heat map show reports of assaults clearly focused around off-campuses apartments and houses in the Collegetown area. 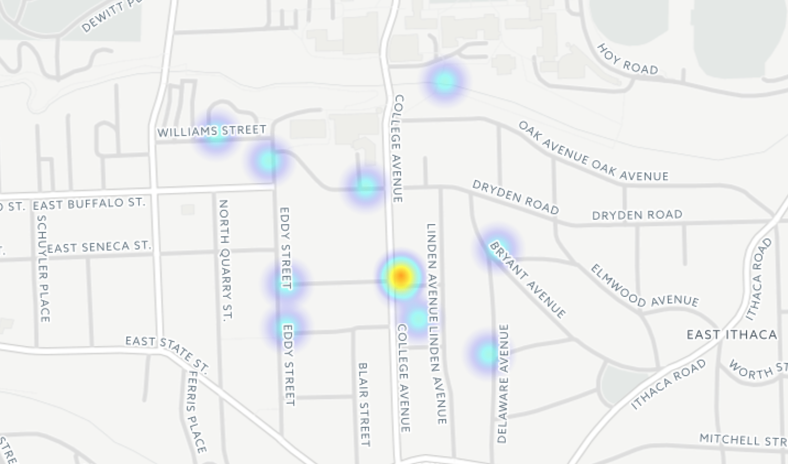 A heat map focusing on the incidents reported in Collegetown

Our research shows that the assaults are not evenly distributed throughout the year. The greatest surge occurs within the first two months of the Fall semester. Reports noted in August and September account for an average of 43 percent of the year's incidents.

There is a second, smaller spike in data in February, around the beginning of the Spring semester, which accounts for 17 percent of reports. 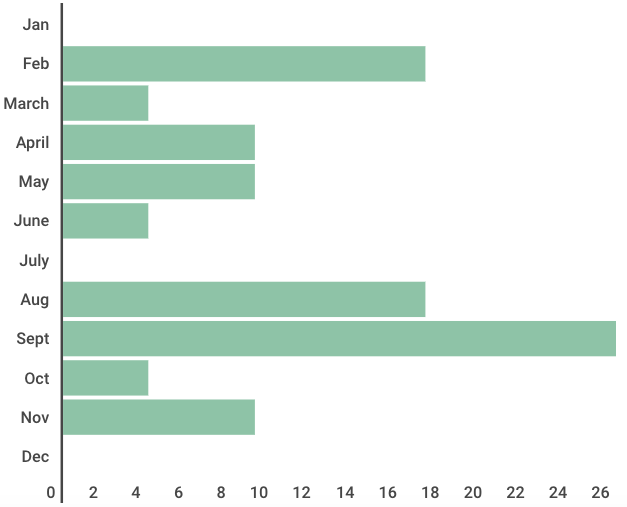 When sexual assaults were reported at Cornell

Additionally, the data shows that 78 percent of incidents occurred on the weekend – more party-heavy days.

Interestingly, 46 percent of the reported assaults occurred outdoors in Collegetown. They involved reports of students being attacked in what the police notes down as “forcible fondlings", sexual assaults and rapes. This category accounted for some of the most violent reports. 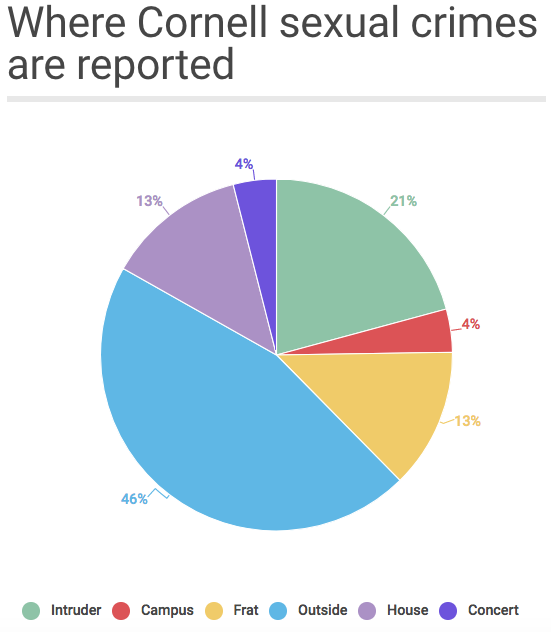 In addition, 13 percent of incidents were reported from fraternities and 13 percent from student dorms or houses. Four percent of reports came from non-residential campus buildings.

A fifth of all reported incidents involved criminal entry into students' homes and assaulting them – delineated in the chart above as “intruder."

An undergraduate student advocate on campus and F-Word activist who has volunteered with Planned Parenthood in their healthcare advocacy program shared her thoughts on the collected data and larger issues at hand.

The full map of incidents reported by Cornell students to CUPD

“I think there needs to be a really frank discussion with incoming freshmen and leaders of the community that host parties and endorse the college party culture," she told The Tab. “It’s not worthwhile to just say that alcohol is only for those above the age of 21 or plead with students to be safe – there needs to be a system set up to a) allow students a safe set of alternatives b)a set of guidelines to encourage the reporting of assaults c) a curriculum set in place to make sure that people are educated as to what is assault and what is consent.

“We’ve also seen that this sort of stuff needs to be set in place not only in college, but also before that, in high school – that is the key time to really impress upon young people the idea that consent is not a grey area and that certain attitudes are not socially acceptable." 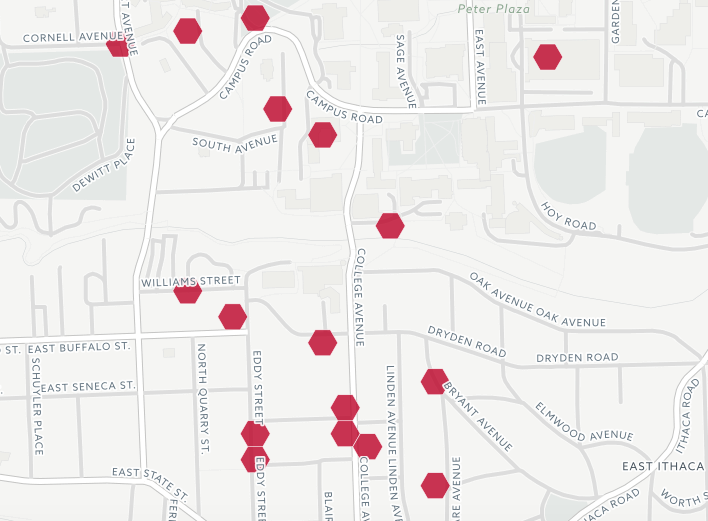 With so many of these reported assaults occurring in Collegetown, it is a reasonable question to consider how many of these properties were “frat annexes." Specific house location was not always disclosed and the annex locations change from year to year, so there is uncertainty about whether there is an association with these organizations. Of course, it is entirely possible that some or all of these incidents did not involve those affiliated with Cornell's fraternities.

It is worth adding that many incidents go unreported. And even those that are, not all are reported to CUPD – meaning this data set does not offer a conclusive picture of crime at Cornell. For example, in 2015, there were 10 overall reported sexual assaults involving Cornell students. Of those, only three were handled by CUPD – the others were investigated by other law enforcement agencies.

If you are or know of someone who is the victim of sexual assault, visit SHARE at Cornell.