Cornell student attacked and called ‘racist bitch’ for being Republican

She had someone throw her to the ground and say: ‘Fuck you, racist bitch, you support a racist party’

A Cornell student was shoved to the ground and called a “racist bitch” for supporting Donald Trump, it has emerged.

Olivia Corn, sophomore and president of the Cornell College Republicans, was pushed down after election night and shouted at before her assailant escaped.

“I was actually assaulted on campus for being a Republican,” Olivia told The Tab. “I had someone throw me to the ground and say: ‘Fuck you, racist bitch, you support a racist party.” 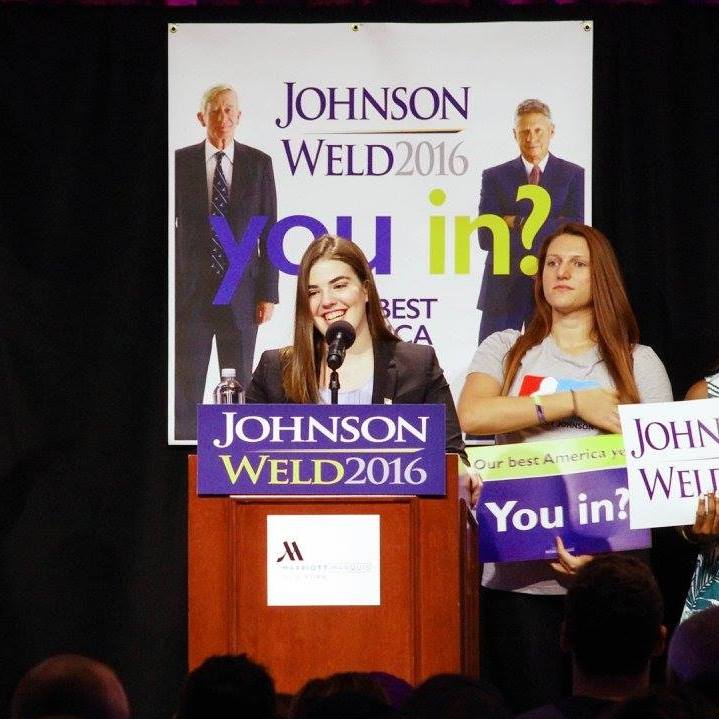 Explaining it happened “the day after the election,” Olivia said it has since made her nervous about walking alone on campus.

“I now walk with an alarm at all times. That’s pretty much my new normal. I don’t walk by myself after a certain time, once it gets dark. And that’s not something I should have to be concerned with. I’m a college student, I’m just trying to get good grades, get to law school, keep my head down – besides being the head of an organization.

“It weighs in the back of my mind when I walk places now.”

It happened late at night, and she never saw her attacker’s face. But Olivia said: “I think the person knew who I was,” due to her work as head of the College Republicans.

Cornell Police have yet to identify him, and in a statement made to The Tab they ask anyone with information to call 607-255-1111.

Olivia, a History and American Studies major, reported the incident to Cornell’s Title IX office, and was offered counseling.

Negative reactions on campus reached a second peak this semester, she said, when the Cornell Republicans hosted Rick Santorum – “I had people come up and scream in my face about it.”

Olivia explained: “I had people calling me fascist, racist, saying I should quit, that I was a disgrace to women.

“It was very difficult when I got up there as the head of an organization that endorsed Gary Johnson, to be called a fascist and a racist.

“Because, number one, those are things that I’m not. All those people who were screaming the word fascist at me need to learn what it means because I am very far from the definition of a fascist.

“I am about as moderate of a Republican as you’re going to find – I am pro-choice, I am pro-gay marriage, I believe climate change exists.

“So that was very interesting to me that automatically people find those words and boxes to put you in when you’re on the conservative side.

“When Trump was elected, it was a very hostile environment for me on my campus, and that was something I wasn’t thrilled about.”

Olivia says she faced death threats, overheard by her classmates. “Friends of mine would come back and tell me they heard things like: ‘I’m gonna throw acid in her face.'”

They followed insults directed at her throughout this semester. She says people called her “a xenophobic piece of trash, said that I’m a disgrace, that my job is to vote for a female because I’m a female.

“People said horrible things to me online, like ‘I devalue the degree of the university’, people were ashamed I was representing the conservative voice on campus.

“And these things get to you. I’m not going to lie, I went home and cried.”

“It’s really frustrating because I’m different to everybody,” she added. “People are scared by me specifically. Because number one, I’m a female who’s Republican. I’m not supposed to be a female who’s Republican. Second, I’m very moderate and that’s weird to a lot of people. People don’t understand you can be moderate and on the right side. Everybody thinks if you’re conservative, you’re a racist, you’re homophobic, you’re xenophobic. That’s not true.”

Cornell University confirmed receiving a report regarding the incident.

“On the afternoon of Nov. 10, a female student reported that a physical harassment incident occurred on campus the previous evening. Cornell University Police began a criminal investigation, and assisted the student in filing a report with our Title IX coordinator and a Bias Incident Report with our Department of Inclusion and Workforce Diversity. The Cornell University Police investigation is ongoing.

“The safety of our students, as well as freedom of speech and academic expression, are an essential part of the Cornell educational experience and the University unequivocally condemns this type of behavior. Anyone with information that could aid in this investigation is asked to call Cornell University Police at 607-255-1111.”