The driver is in a stable but critical condition

A Cornell freshman is in a stable but critical condition after crashing a sedan into Rand Hall in the early hours of this morning.

The one passenger, also a Cornell freshman, has been released, according to an email sent by Dean Kent Kleinman.

There were 15 students inside Rand at the time of the crash. Nobody inside was hurt.

This picture, posted to the Overheard at Cornell Facebook group, reveals the inside of the building after the crash. 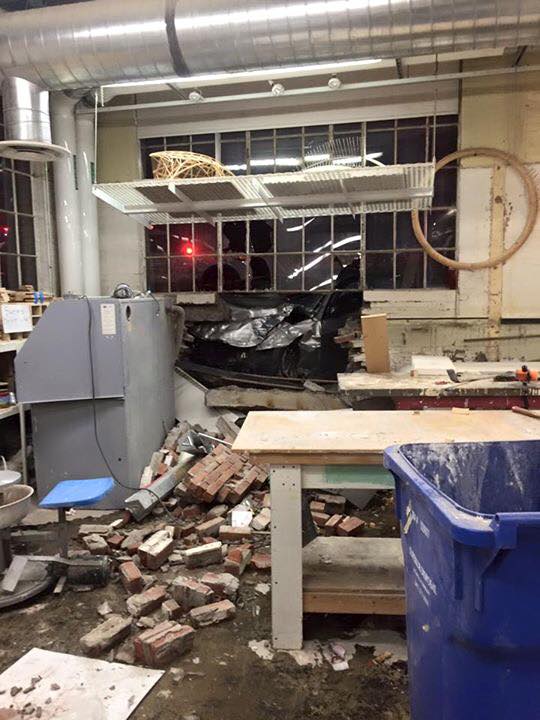 Inside of Rand Hall after the crash. Photo credit: Steven Switzer

Rand Hall will maintain standard operating hours, as no evidence has been found to indicate structural damage to the building or danger from falling debris.

Dean Kent Kleinman of the College of Art, Architecture and Planning said: “The vehicle crashed into the easternmost bay of Rand, partially penetrating the building.

“A number of AAP students were working in the Rand annex at the time, and fortunately no one inside was injured.

“Rand was inspected by Cornell facilities engineers, and there is no structural damage to the building and no danger from falling debris.

“The damaged area has been covered with plywood and a waterproof tarp on the exterior, and the interior is being cleared and cleaned.”

In the email, Dean Kleinman encouraged students to look out for each other during this time of “high stress.” 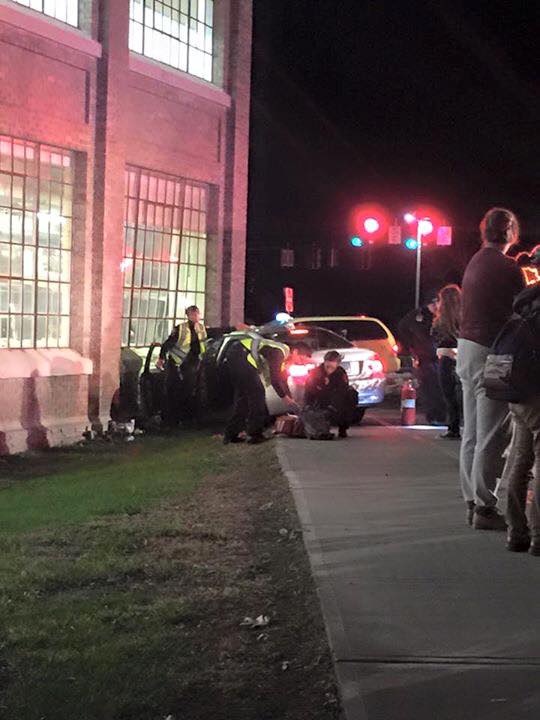 According to Cornell Police, the driver may have failed to navigate the curve just north of Lincoln Hall while driving northbound on East Avenue.

They said: “At 1:41 a.m. today, The Cornell University Police Department responded to Rand Hall along East Avenue for a report of a one-car personal injury motor vehicle crash.

“The car is believed to have been traveling northbound on East Avenue when the driver failed to navigate the curve just north of Lincoln Hall and left the roadway, driving into the south wall of Rand Hall.

“The driver and one passenger were both Cornell students.”