Haunted places to visit at Cornell

We have more ghosts roaming our halls than Hogwarts

Everyone enjoys a good scary story. They’re exciting, they make us feel alive and they cause sleep deprivation. It’s the best.

If you’re looking for a creepy spot to explore haunted ghouls and spirits, your destination may be closer than expected. Believe it or not, Cornell is host to a few horror stories of our own.

In the spirit of Halloween, The Tab has decided to share some of our favorite spooky stories that have taken place right here on campus:

Cornell’s student union building is more than just a place to pick up great, free popcorn (it’s all about the layering).

Many have claimed to have spotted a group of male spirits in tuxedos lurking the halls of Willard Straight. Legend has it that these boys were once students who mysteriously disappeared on their way to a formal event.

Next time you’re drunkenly walking home from a party at 2am, getting angry that your favorite place to get popcorn is closed, just realize that it’s probably in your best interest not to go there at night anyway. 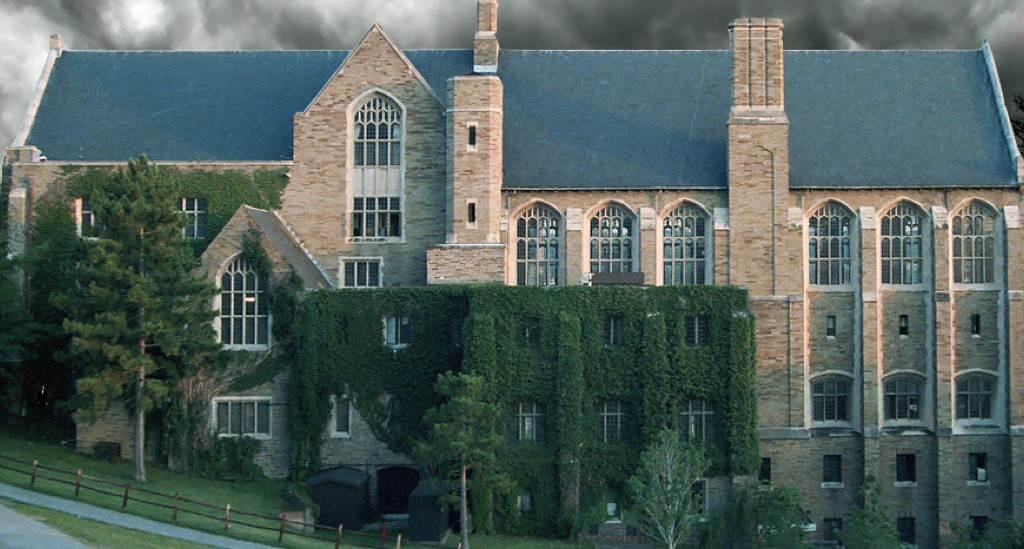 The story goes that one morning in 1967, the Cornell Heights Residential Club mysteriously set fire and killed eight students and a professor.

This building is now the Ecology house, and many residents claimed to have heard creepy voices and inexplicable footsteps.

Others have been known to see apparitions in their bedrooms.

While many argue that it’s wrong to reduce a real tragedy into a silly ghost story, we’ll leave this one for you to decide how true these claims are.

The Misandrist Manifestation of Auntie Pru

Residents of Risley Hall have claimed to have seen the ghost of Prudence Risley, who is often referred to as “Auntie Pru.”

Many strange noises, cold drafts and flickering lights have been attributed to visits from Auntie Pru.

According to the legend, Risley Hall was built upon the request of Prudence’s daughter-in-law to be a women’s dormitory. Nowadays, the Hall is opened to both men and women for residency, and Auntie Pru has been known to terrorize many of the male residents to show her anger towards this change.

That’s a little sexist, don’t you think, Prudence? Its 2015, maybe you should try to be a little more open-minded. 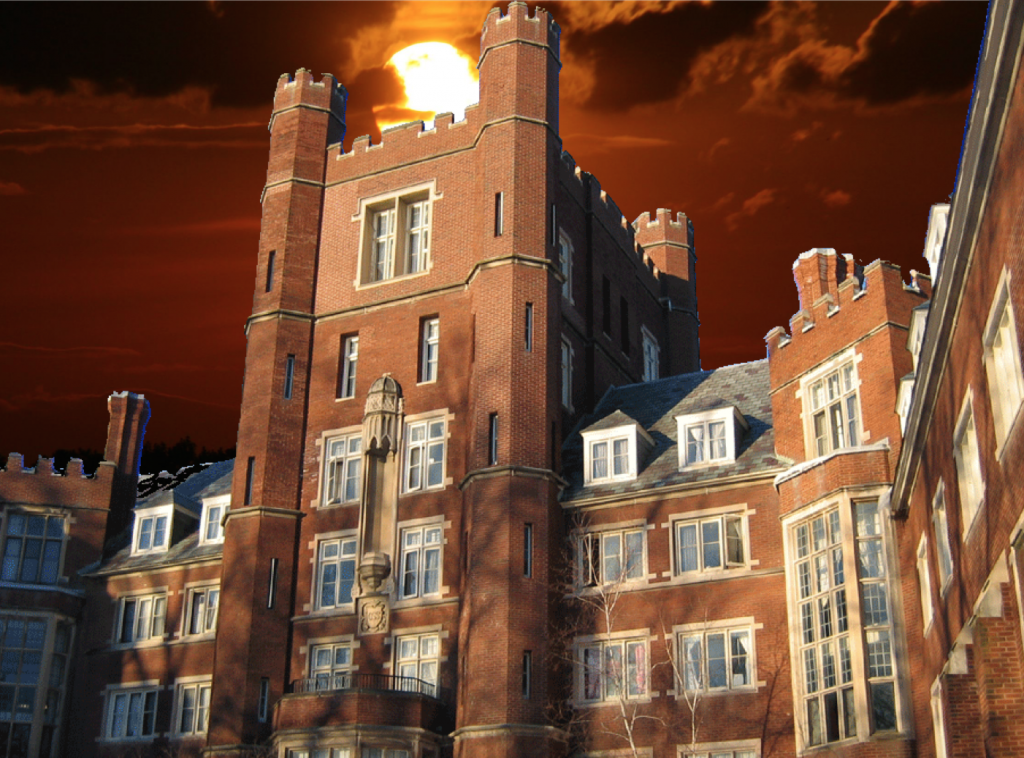 Spirit of The Statler

Everyone knows the best place to find creepy spirits is in an old hotel, but the late-night custodians of The Statler don’t seem too thrilled with what they spotted.

Many workers in the hotel have been terrorized by Alice Statler, who apparently roams the halls late at night and walks through walls in her downtime.

In 2004, one Statler employee reported being physically assaulted by the spirit, while another employee had been so emotionally traumatized that he quit his job and never returned.

If you’ve already made a reservation for a room several years down the road (which is really the only way to get a room), now might be a good time to cancel that.

Afterlife at the Ag Quad

There have been sightings on the Ag Quad of a group of men in top hats that appear during certain momentous occasions.

The strange men were first spotted during the demolition of Stone Hall in 1986, and then reappeared for the destruction of the original Roberts Hall several years later.

It is believed that these are the spirits of the men and women whom the buildings are named after, and have arrived to warn the school not to dishonor their names.

Whats even more interesting is that it is believed that these spirits’ top hats are exact replicas of the one worn by Isaac P. Roberts, the original dean of CALS. 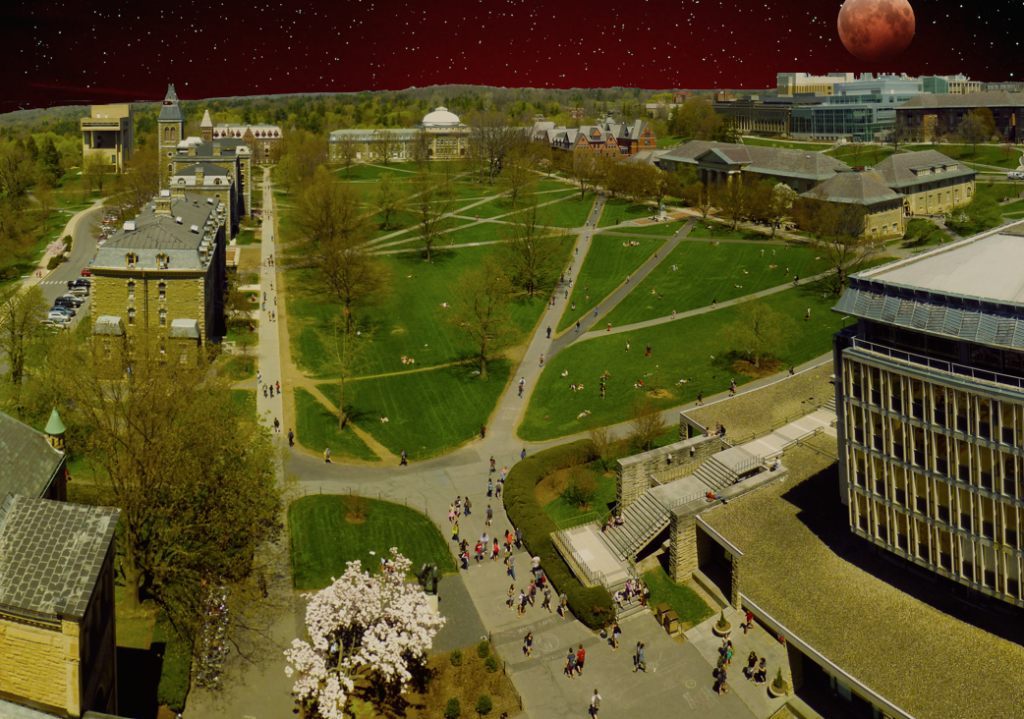 The Ghost of Olin Library

For some, Olin Library is a fantastic place to sit comfortably and knock out some work in silence. For others, its the most haunted building on campus.

The library allegedly is host to an evil spirit of a woman who was said to have died in the building.

One story says that she was a student who was crushed by a toppling bookshelf. Another claims she was mangled in mechanized shelves on Olin’s bottom floor.

The spirit of this woman now haunts students who disturb her by staying in the building late at night and following behind them as they walk throughout the library halls. 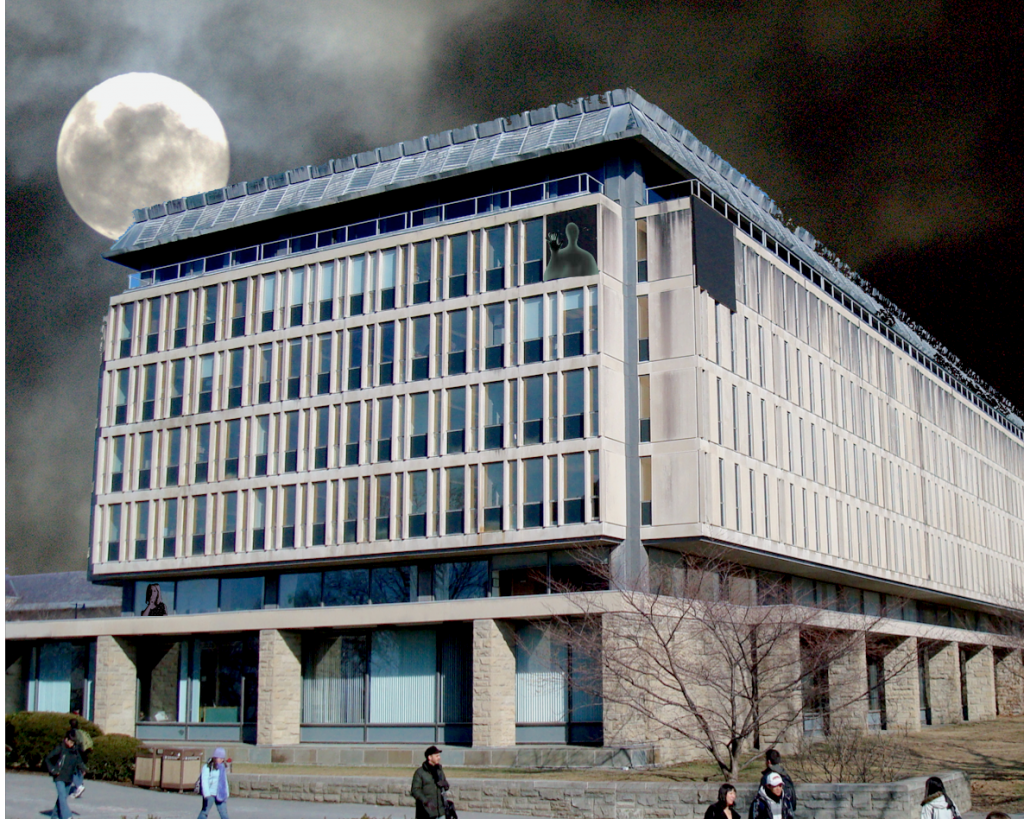 Next time you decide to enter one of these buildings, just remember that we warned you. Although, let’s be honest, I’m sure the Olin ghost is gonna cut you some slack if you absolutely need to study late at night.

Besides, everyone knows that the real  Cornell horror story is prelim season, am I right?