‘If you see Ari, let him know what you think…’

Columbia University College Republicans have invited a series of controversial speakers this semester including alt-right activists Tommy Robinson and Mike Cernovich. This has fueled anger from many sectors of the student population at the university.

Columbia’s administration clarified its position on Robinson in an email from Susan Goldberg, Executive Vice President for University Life. The email stated that Robinson’s message: “contradict[s] Columbia’s core commitment to the value of all members of our community and to diversity among our students, faculty and staff”.

But the email concluded with a defense of Robinson’s right to speak; “Having University officials decide which ideas outside speakers can express on campus also poses serious risks to academic freedom.” 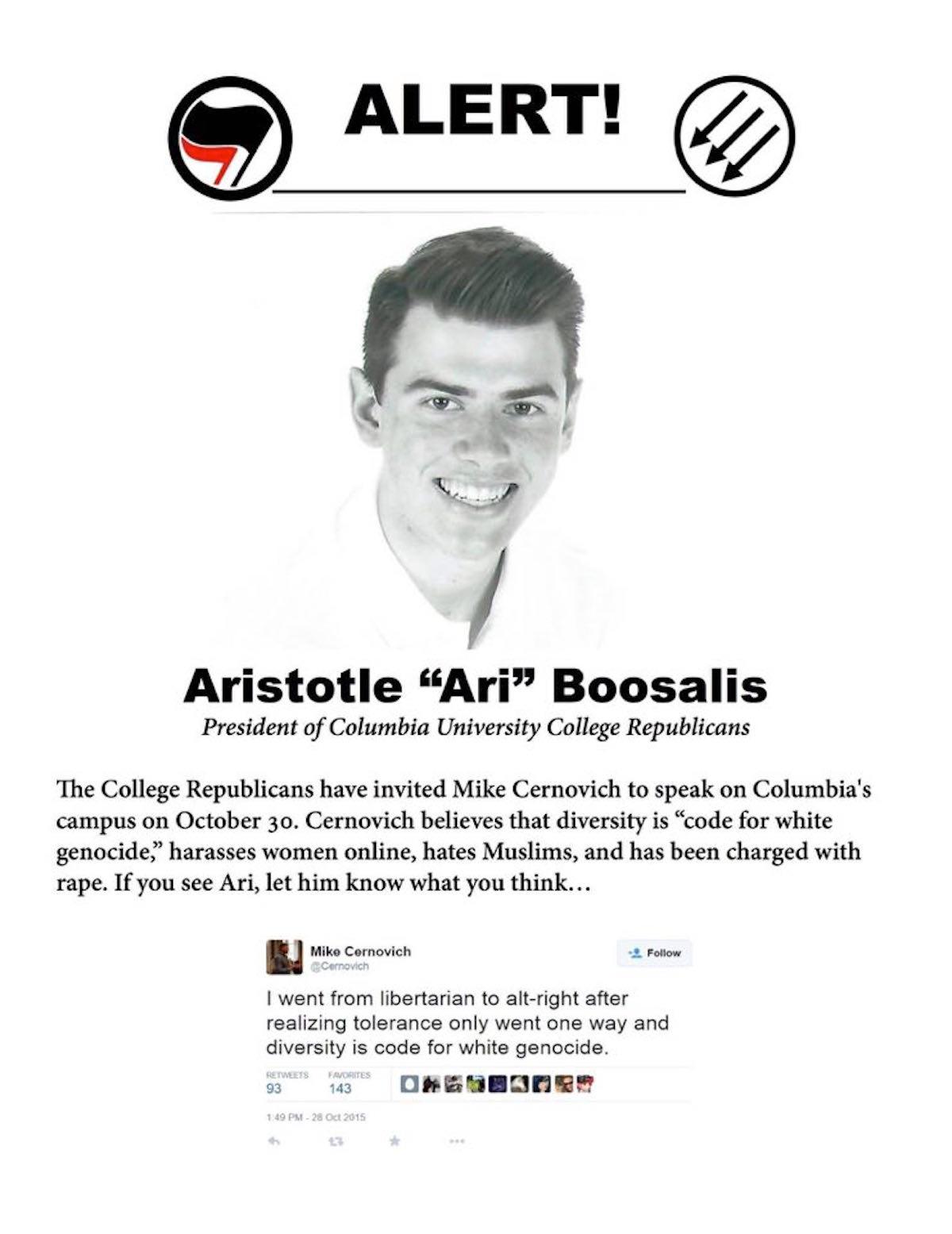 Which brings us to an article in Campus Reform today claiming CUCR members were targeted by flyers made by Antifa. The message on the flyer reads:

"The College Republicans have invited Mike Cernovich to speak on Columbia's campus on October 30. Cernovich believes that diversity is 'code for white genocide,' harasses women online, hates Muslims, and has been charged with rape. If you see *CUCR member*, let him/her know what you think…

Cernovich is known for being the far-right troll who pushed the Pizzagate theory, which baselessly claimed a sex ring was being run out of a DC pizzeria by top Democratic Party officials.

Check out some of his other most famous moments:

Entire concept of "date rape" is damaging for women and also leads to men being falsely accused. There is RAPE. "Date rape" does not exist. https://t.co/aNiRDjxDnL

this is the guy you're praising pic.twitter.com/3RHMzWubup

This is the guy the White House is promoting today, in case for a second you thought this wasn't all a dumpster fire. pic.twitter.com/iiVdxPWLBf