Columbia’s mental health services failed me, and then they sent me home

I had to take two semesters of medical leave

Another Columbia student has spoken out to demand improvements of the university’s mental health resources. Melanie Rodriguez, a freshman from Las Vegas, says Columbia convinced her to halt her degree just a month into the semester because she didn’t have a strong support system.

She was told to take a semester of medical leave, and then when she contacted Columbia to ask to return for the spring semester this year, she was abruptly told to not return until fall 2017. Melanie, who hopes to pursue Astrophysics and Creative Writing, shared her experiences navigating Columbia’s strained mental health services. 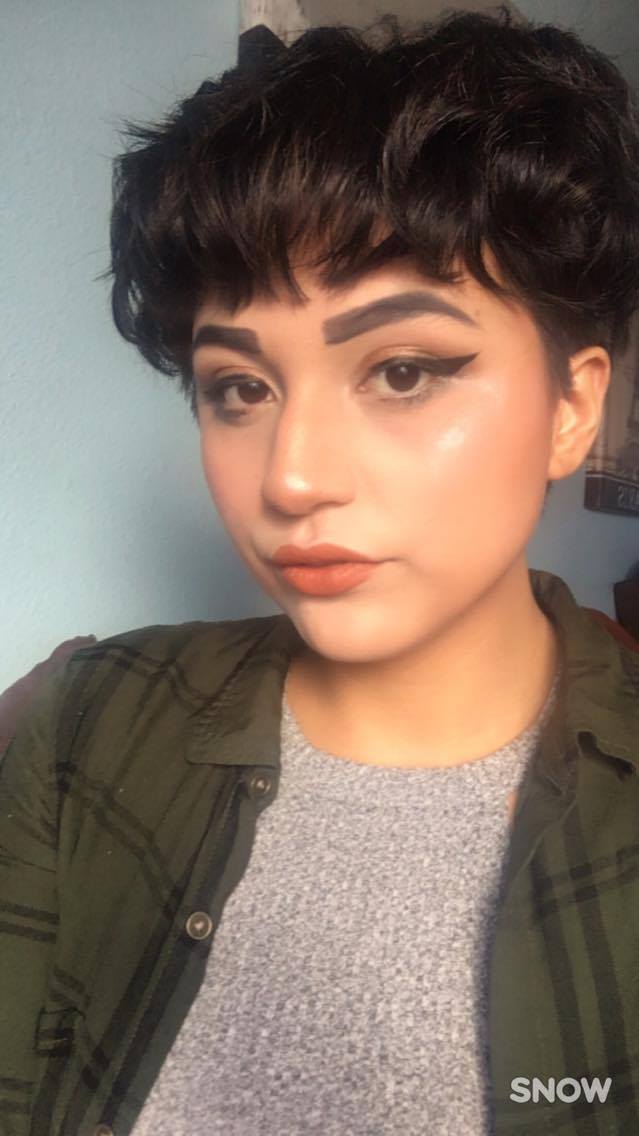 I come from Las Vegas, and came all the way to New York to study. I had no family whatsoever there, nobody to fall back on. And when I did ask for help and call the Columbia mental health line, they didn’t pick up. When I visited them in person, I was only allowed to go once a week. And that wasn’t really doing much for me – it really didn’t help. Looking back, I tried to reach out for help – I really needed it – and nobody was really giving it back.

I have bipolar disorder and I was getting treated for that prior to coming to Columbia. But when I got there, with the new surroundings, I realized my medication wasn’t up to par. I tried telling that to express that to the psychologist at Columbia but she didn’t fix that either. So I would stay up for three days at a time, not being able to sleep. I would fall asleep in class instead, I would sleep through them because my sleeping schedule was too erratic.

I would lose focus in my class. I would hear the words but not ground myself and comprehend them. My anxiety would be through the roof – I was panicking as everyone else was understanding and giving input and I couldn’t keep up. It would frustrate me even more, this cycle of me trying to stay up late and read up on work but then falling asleep through my classes. It was this vicious cycle I couldn’t get out of. 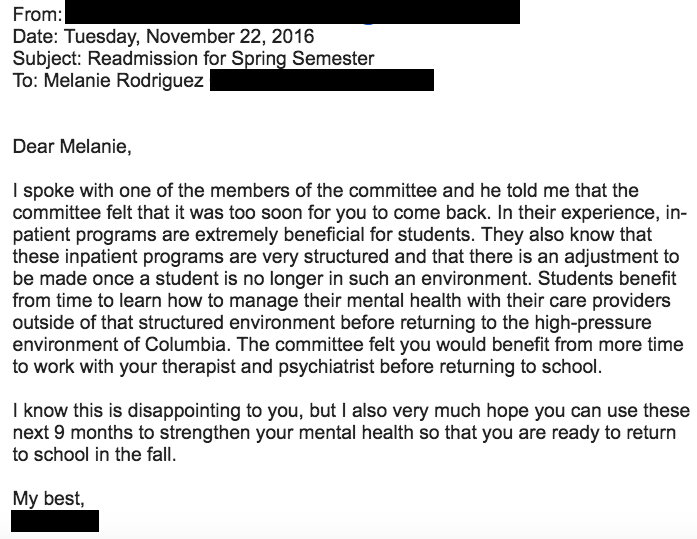 Columbia telling Melanie to take another semester off

What happened when you went to Columbia’s mental health services?

I went to the school psychologist saying I haven’t sleep these past few days, and her immediate response was to go back home. I was taken aback because I put in so much work to get to Columbia – I was there on a scholarship. To have her tell me “Oh, you should just go back” was a shock. She did tell me I could return after a semester. I thought I’d do that – it seemed logical. So I went back home and I checked myself into a mental health hospital and went into outside therapy. After all that, I wanted to go back for spring semester. But they denied me, they told me to wait out the entire year. I was so surprised – I was told it would be easier to get back in.

How did that feel?

I was devastated. I tried to fight back as much as I could. I told my friends and they tried to talk to the medical board – but they said their decision was final. I was so angry, seeing all the effort I put in to make my health better and having them say: “It’s not enough.” It was tough. 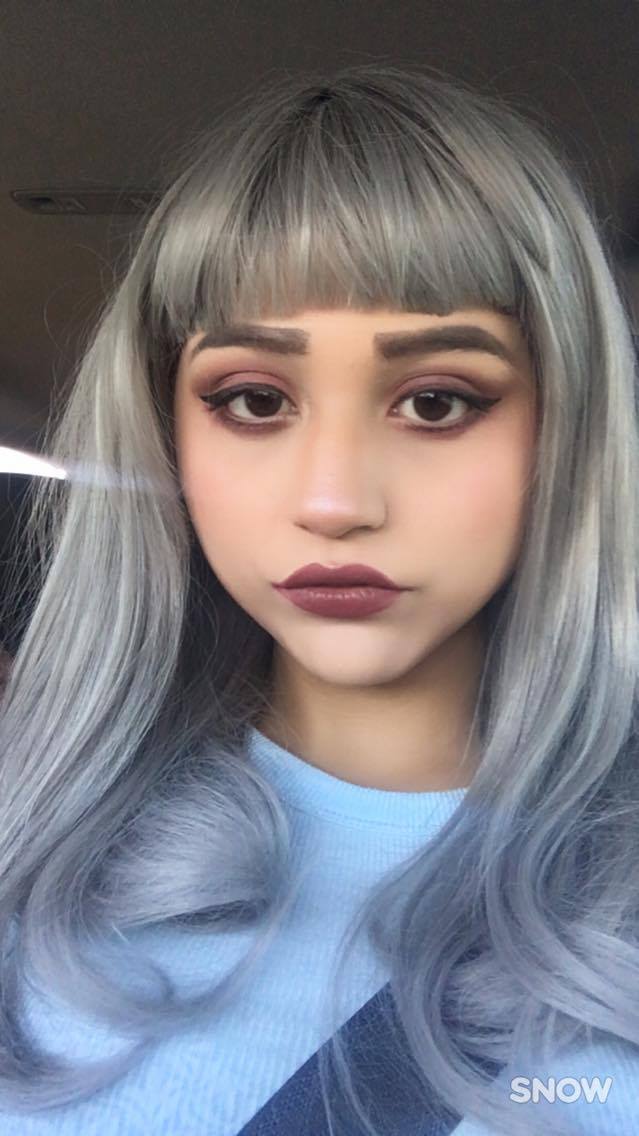 What was your experience of dealing with the resources?

It was the lack of resources. Whenever I walked into the waiting areas, there would be six or seven people waiting. Once I was there, it felt like it was a pity party – they said: “Oh, that’s so sad. I’m sorry for you.” I was never really offered comfort. A bunch of sorries isn’t really going to help me out.

Do you know anyone else who experienced similar?

My friend told me he wasn’t feeling well and so he reached out, and they told him to wait two weeks. He was really upset – it was urgent in that moment and by the time the two weeks passed, he had to deal with it on his own. The appointment was useless by that point.

I’m trying to do everything possible to get back in. I’m really looking forward to coming back.