Abby Stein is a star of the Columbia community – she’s a Jewish educator, Poli Sci, Women’s and Gender Studies major and trans activist.

She completed a rabbinical degree in 2011 but left the Chasidic community in 2012 to explore other world views. In the fall of 2014, she joined Columbia GS and in 2015, came out as a trans woman. Abby was named The Jewish Week in 2016 as one of the 36 Under 36 young Jews who are changing the world.

Here’s her story of what it was like to come out and transition as Columbia student. 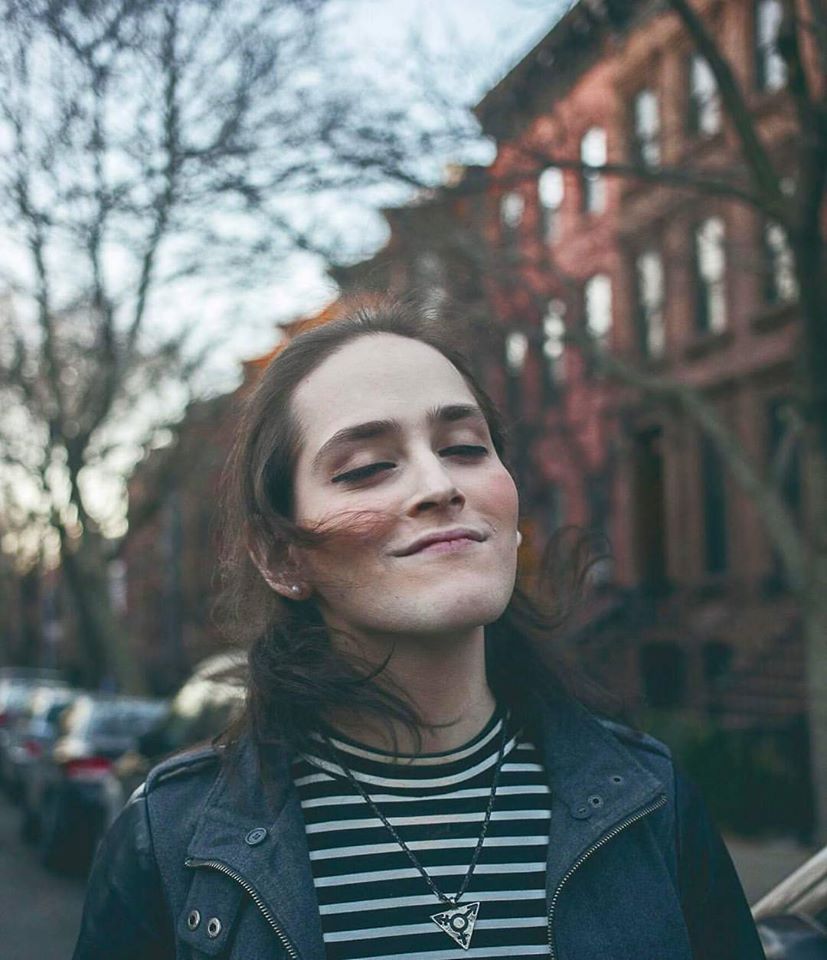 What has it been like coming into the Columbia community? Have you encountered any problems within the campus culture because you are transgender?

So when I came in here, I was not transgender yet. I came out in November of 2015.

I was also a bit socially awkward before I came out. One of the things I found was really good at GS… it’s that by being unique, you are not unique. By being unique, you’re part of everyone. As I was getting ready, and realized I was coming out, I actually got a lot of help emotionally from CPS. I worked with a woman there. She left already but she was really great. I’m really appreciative for them.

I started hormones the week before classes started in Fall of 2015, so that semester I got really involved with Gender Rev, the Columbia trans group.

I have found since coming out at Columbia, for it to be an amazingly supportive place. From Dean Awn, who sent me an email congratulating me when he saw online that I had come out. To my adviser – I had come out to my adviser way before I came out publicly and from the beginning she said “whatever you need” she just gave full force support to me: “Any issues you have any issues with professors or anything like that, we’re here.”

GS specifically was really supportive and with people at Columbia, I haven’t had any problems. There was a bit of paperwork with financial aid and Columbia administration which I think they were trying to fix—it’s their system which just doesn’t know how to deal with it. For example when I applied for Financial Aid for this year, the system registers me as a totally new student because I had a new name and my legal gender is changed. I had to fill out all the paperwork again but there was an issue where it overlapped because my social security number was still the same. 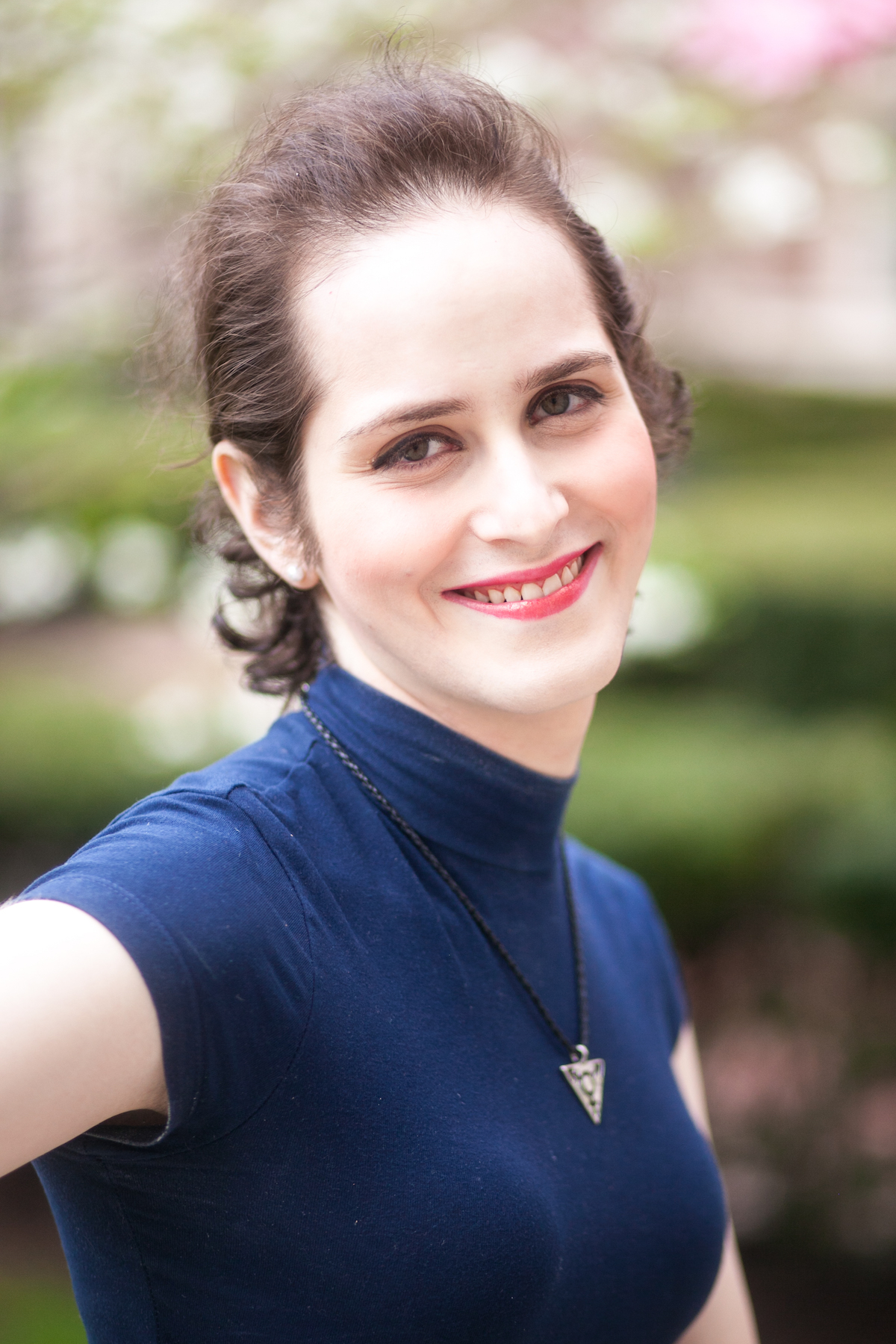 What do you think people don’t realize or are unexpected daily challenges? Like the paperwork issue and having to completely register as a new student.

OK, so not the standard, like “my family doesn’t talk to me…” So to be honest, there are a lot of personal challenges. A lot of mood swings that you have to get used to. It’s because of hormones. It’s like being pregnant in some ways hormonally because your body has to get used to the sudden influx of hormones.

After that, it comes about once a month just like periods and it’s hard to get used to it. I feel like trans people don’t talk much about it. I’ve seen a few articles lately but you usually don’t see that many mentioning it. Usually people expect, you get to be a woman without having periods. Which you don’t get blood or cramps but you still get the hormone imbalance and mood swings. Most women you grow up and you get used to it during puberty. It’s like going through puberty again. And I’m like, “Really? Women have to go through this every month? How do we do that?” It’s been going on for only a year and I’m going insane.

Another thing that’s important for me to point out, which is something specific about New York City, which is very liberal. I would say New York City is more sexist than transphobic. What I mean by that is, at least in my own personal experience, I haven’t been catcalled or given any hate for being trans. I mean by now if I do my makeup or whatever, I pass. I used to not, but still I’ve had people make comments straight to my face but nothing from afar.

Now, as a girl, I’m being catcalled on a daily basis which is insane. Why the fuck does a random man think he can be like: “Hey, nice ass.” or “Hey cutie.” I’m like: “Shut the fuck up.” When I talk to girls about it, they’re like: “Yeah, duh, it’s part of life.” I feel like there aren’t many people who have been on both sides of it.

You know, when it’s past 10 o’clock, now I have to think do I want to go on this street because is some dude going to decide to strike up a really weird and creepy conversation? Which I don’t get either. I mean, have they ever had any results? Has there ever been a girl when they say: “Oh hey nice ass” that she goes: “Oh yeah, let’s go get into bed.” It’s really sad to some extent and it can also get scary sometimes depending on where I am, like if I’m alone, walking down the street – it’s insane.

Even in liberal communities, it’s something not spoken enough about. Like let’s say there’s a crew of — hypothetically, I’m not saying it happened, although it did — there would be a group of liberal guys, and if any of them were to say anything homophobic or transphobic everyone would freak out. But if they were standing at the street corner and one of them would catcall a woman, for some reason that’s totally fine.

I guess a lot of people don’t realize that and as someone who’s been on both sides, not that I’ve ever catcalled anyone, but having not had to go through it, and now seeing it, it’s insane. It’s something we’re not discussing enough. Catcalling is not demonized enough. The best articles I have read for men against cat calling have been by trans men. One of them was written by a friend of mine and he wrote: “I’ve been on both sides of the coin. Don’t tell me [sexism] doesn’t exist.”

This is the same thing that I’ve started to realize. People take me less seriously now, even in class, in Columbia classes. 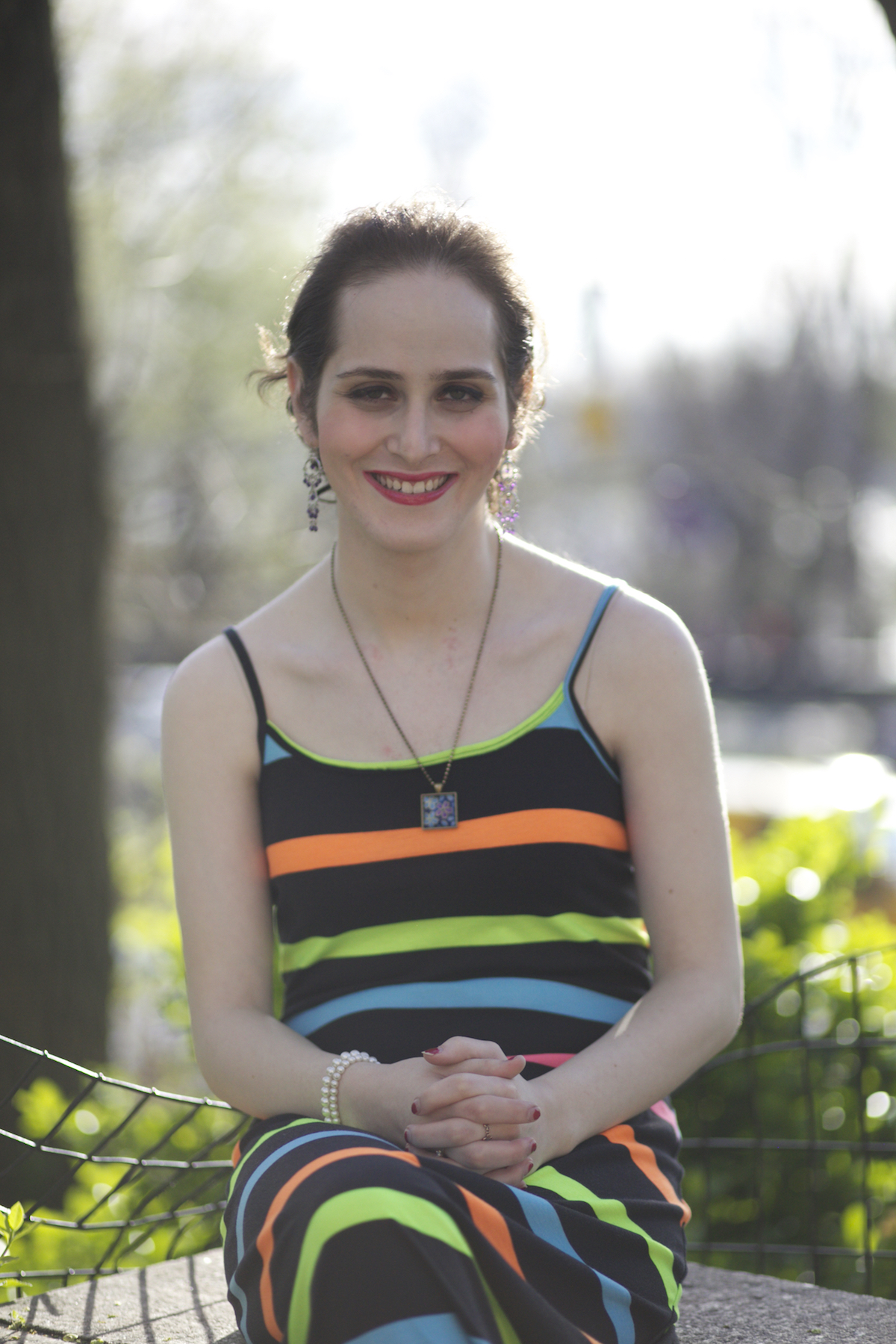 Sorry I just want to hear that again, you think people take you less seriously and listen to you less as a woman?

Yeah, definitely. Specifically on certain subjects people listen to you less. Like anything theological. I have a rabbinical degree. Like if I tried to put on my “clergy hat” so to speak, people take me less seriously than they used to. I’ve had that happen in Columbia classes. I mean it’s better than outside Columbia.

Is there anywhere else where you’ve noticed it? Since you’re doing political science, have you noticed it there?

In politics a bit, but to be honest I didn’t take any poli sci classes before I came out. I have been working in politics and for super PACs. Women are taken like a quarter as seriously as men in politics. Why? I don’t know because the best politicians I’ve ever worked with were women — sorry men. 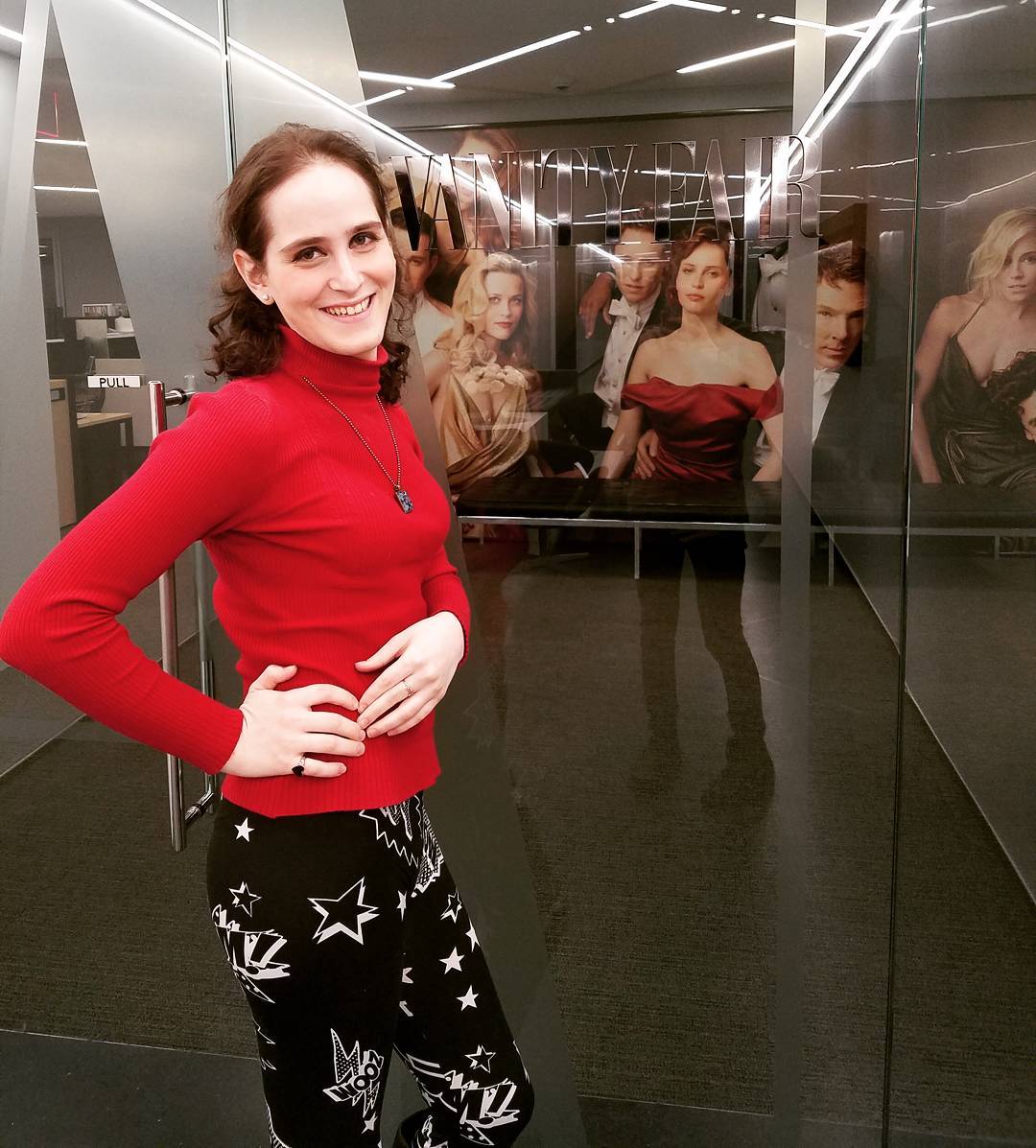 What would you wish the non-trans community knew about trans people?

There’s a lot… Let’s see… I would say this, first of all it’s important not to be indifferent. It’s important to recognize the struggle of trans people but at the same time, we just want to live. Just be really conscious of how much is truly supportive and how much is you just trying to make sure that you’re actually trying to help us and not help yourself feel that you’re helping. Just be conscious of that.

The other thing that I feel like is not said enough is regarding this movement of body positivity. People always like to say: “You’re perfect the way you are.” I can tell you most trans people, specifically people who do choose to transition physically, they don’t want to hear that. When a trans person is telling you: “I don’t like the way my breasts look and I’m going to get surgery.” Don’t say: “Oh, you’re perfect the way you are”.

In general, I’m all for body positivity and right now, at least the visible, the secondary sex characteristics, I am really happy and comfortable with. In general, if someone would tell me, to be graphic—when I had no breasts—”You’re perfect the way you are.” I would have screamed at them: “No I’m not.” So as much as body positivity is great, we don’t want to hear that. Just think twice before you say that to someone who’s going through crazy mood swings, and surgeries and paying thousands of dollars. They usually don’t want to hear: “You’re perfect the way you are.” 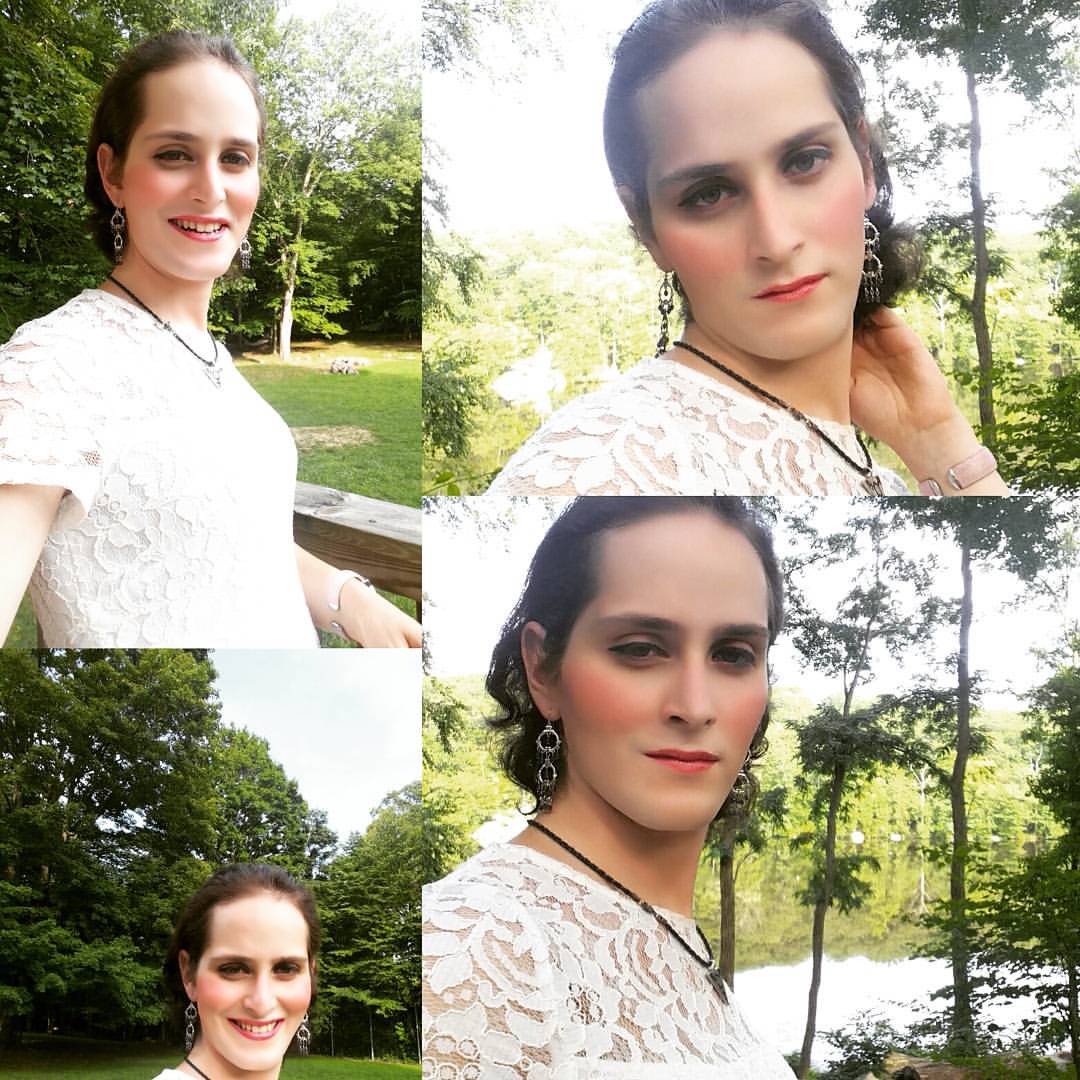 What are your preferred gender pronouns?

She/her/hers. I always say that I’m slightly privileged, believe it or not, for being binary. I feel like non-binary people have a lot harder time.

There are certain things that you can’t explain to people if they have no context for it. A good example is color. If someone is colorblind, even if you are the best speaker in the world and you can explain something in the best way possible, there’s no way that could can explain to a colorblind or blind person color.

When it comes to gender, people do have imaginations they can imagine. It shouldn’t be that way but with a lot of people, it’s so hard to talk to them about gender non-conforming because they’re like “What the fuck is that?”

I always feel like I don’t expect people to fully understand as much as to just be okay [with it]. You don’t have to understand something to welcome it. Just like I don’t understand asexuality but I don’t care, I still support and will do everything I can to raise awareness for them.

Is there anything else you’d like to say or that you think people should know?

There’s so much that I want to say but sticking specifically to Columbia, I am really grateful for the Columbia community. I really couldn’t have picked a better place to transition that to do it at Columbia. People have been great.

I’m also really amazed about the amount of activism. Because up until the election, it seemed like political activism isn’t something most Columbia students are really interested in and the vibe since the election has been really good. The silver lining of this election has been the wake up call to young people to get involved in politics, at Columbia and outside.

I really think it’s time for some radical change in government.