Two years on, ‘Mattress Girl’ is still a divisive issue for Columbia students

When Emma Sulkowicz first carried her mattress through Columbia one day in September two years ago, nobody could have imagined the uproar that would follow. Walking with a dark blue single XL mattress, she set campus abuzz with a story that quickly became international news.

The mattress, according to the senior who carried it, represented the site of her alleged rape in 2012. It was a performative piece which embodied the burden survivors of rape carry with them everyday, and she called it Carry That Weight. But to every critic who latched onto the project, she was just “Mattress Girl.”

The debate surrounding the case on and off campus was fierce to say the least. The school was split. One was in support of her project and the importance of bringing to light the high rates of sexual assault and rape on campus. The other defended the student, who was found “not responsible” by the university in 2013, and saw him at the center of a smear campaign under the guise of art.

So what’s changed since then? 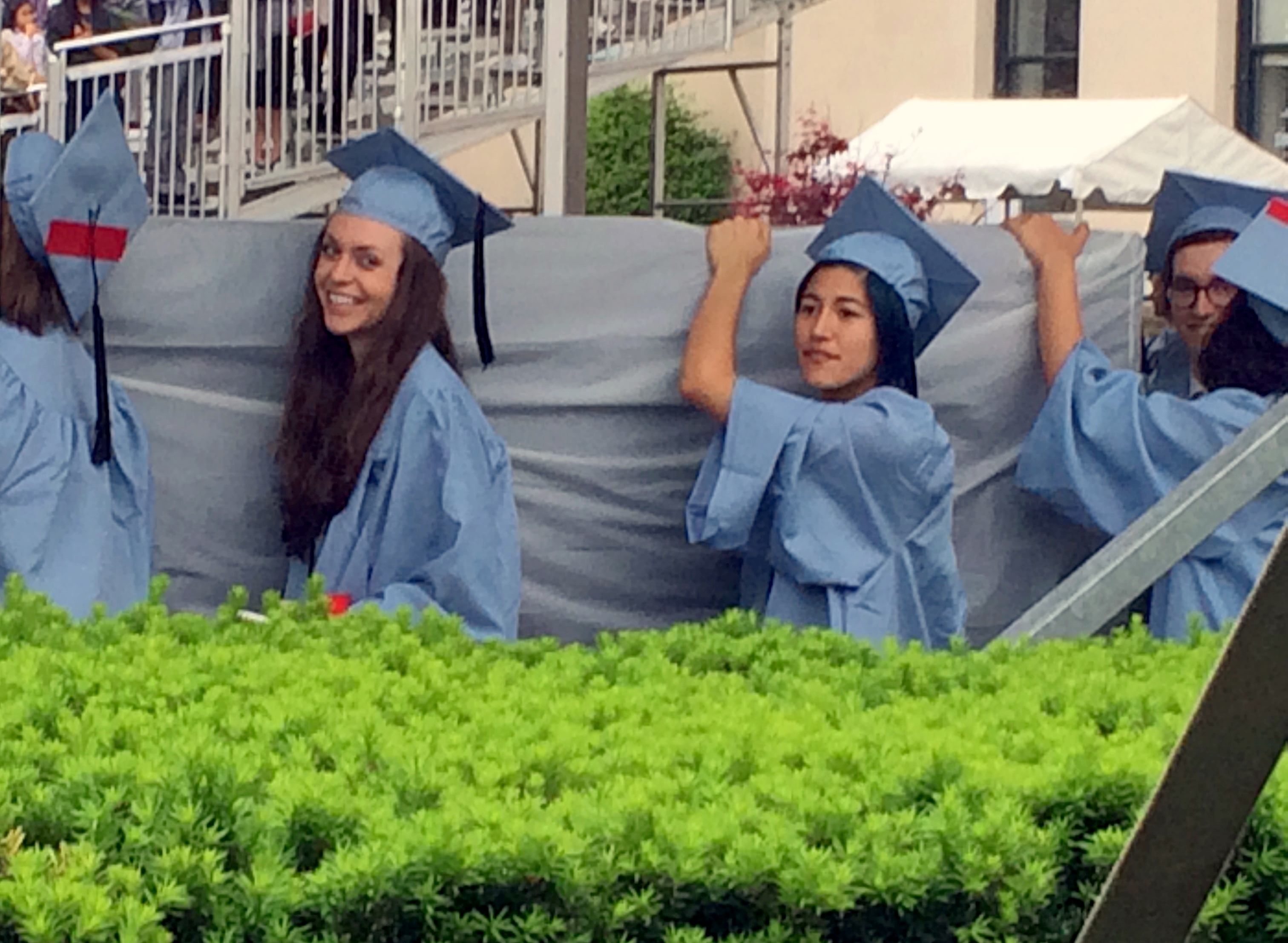 The Tab decided to survey Columbia students about the legacy of Sulkowicz’s project, which saw her carry a mattress like the one she said was she raped on.

Forty percent of Columbia students and alumni believe Emma Sulkowicz’s mattress performance had a negative impact on life on campus, while a fifth of students say it has changed the way they date.

Our investigation into the fallout of Carry That Weight shows there is still a bitter divide over the meaning of the performance. While a surprising number of opinions gathered were negative, bordering on vitriolic, there are students who say it sparked an important conversation about consent on campus.

We asked students what they thought about the scandal and how it unfolded. Some of the concerns surrounded the way the administration handled the case, others with the image it gave to claims of rape. Others were more concerned with the lack of protection the accused received after being found innocent by the school.

Peter Nason, who graduated the same year as Emma Sulkowicz, told us: “I would say that what I saw was fear. Men were afraid to even discuss the topic, because having any opinion that didn’t echo what was being chanted in Low Plaza caused you to run the risk of being labeled a sexual assault apologist or even worse an enabler.

“The posting of names anonymously on lists on bathroom walls had a very McCarthy Era feel to it and I think that in the long run hurt the potential for serious and meaningful change on campus. It led to rushed mandatory trainings that everyone viewed as more of a window dressing than the administration’s attempt at real changes.

“People who really wanted to discuss it and help make changes to make the campus a better and safer place kept their opinions to themselves for fear of the backlash they would get. That I think was true for both men and women.” 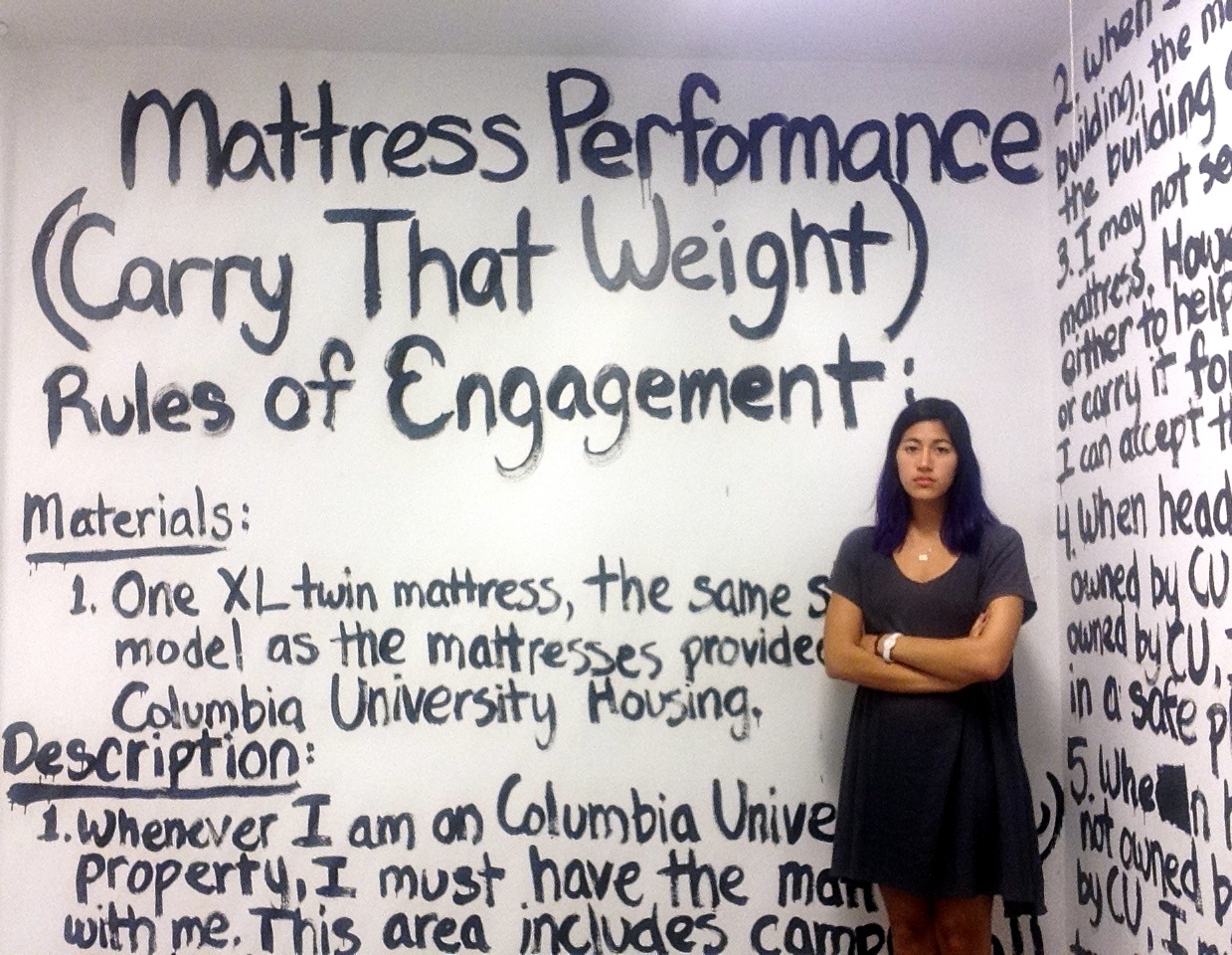 Isaac Hurskin, a 2016 graduate in anthropology, explained how students interpreted the case differently. “There were huge divisions in opinion between men and women,” he told us. “At one extreme there were men that thought Emma was a ‘whore,’ and women that thought [the accused] was a serial rapist.”

In some cases, as Hurskin explains, Carry That Weight affected intimacy between students. “I just remember when a friend of mine started dating this girl, he told us she was indecisive when they went up to his room. She kept asking him to stop and start, and our other friends said he needed to stay away from her. Any chance of miscommunication was not worth being named a predator.” 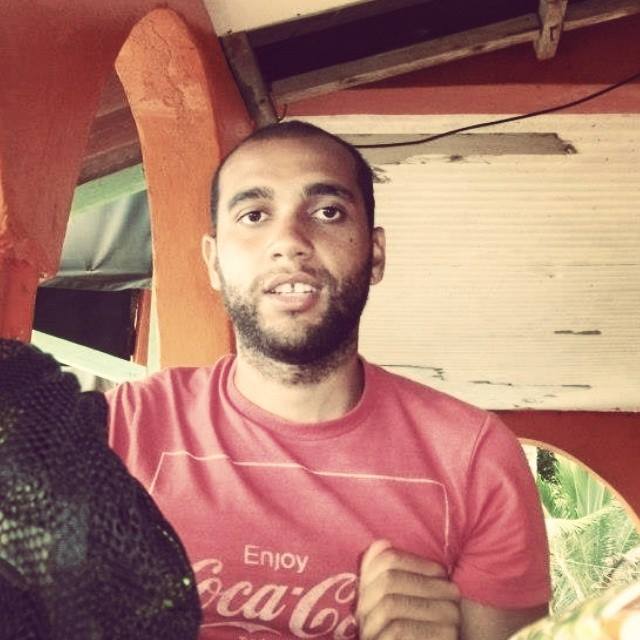 Hurskin isn’t the only one who noticed male students have become afraid of being labeled a predator.

Alexandra Markus, a 2016 graduate in narrative medicine said: “People are more careful if not err on the side of caution when dealing with women physically… I mean it’s good that it leads men to treat us like equals but not so good that they’re completely afraid to express themselves romantically.”

Not all concerns with the impact of Carry That Weight revolve around dating. There are also students who believe it was most negative for survivors of sexual assault.

As Barnard student Toni Airaksinen told us: “I do believe that the Carry That Weight campaign has helped some victims of sexual assault by providing a heroic activist figure to identify with, while hurting other women who were sexual assaulted. By becoming so public, Sulkowicz brought upon a level of scrutiny upon her claim that could not be backed up, which I feel has actually hurt the iconography of the rape survivor as it exists in our mainstream media.” 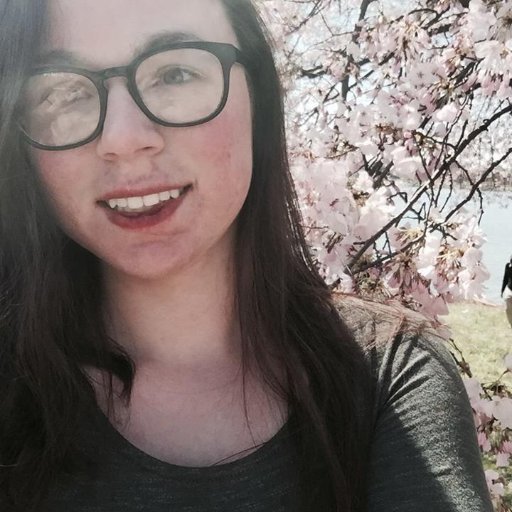 They said: “As I arrived at Columbia, I was a recent victim of sexual assault. I remember people bringing her project up in conversation and people questioning the validity of her accusations. Sometimes I just wanted to get away from the constant reminder of what happened to me, but people didn’t check in before bringing it up even in casual conversation.”

Carry That Weight attracted negative attention from people who differed on Sulkowicz’s choice to use performance art to shed light on the issue of campus sexual assault. But there are also many students who believe that its effect on campus and national awareness of rape culture was not only important but necessary. 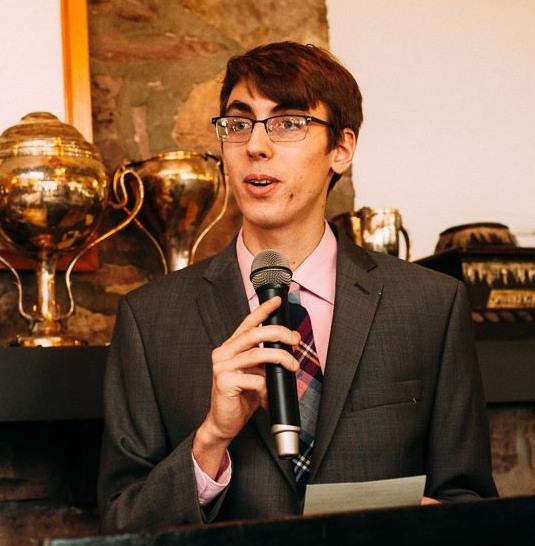 He said: “I would say that things haven’t changed very much at all. Columbia has a pretty strong left-y culture, so I think the orthodoxy right now revolves around ensuring consent, and that doesn’t seem to cause too much trouble.

“I’ve dated mostly people that I already knew in some capacity; there was a lengthy prerequisite of spending time with the person and getting to know them, in the vast majority of cases. Sometimes we belonged to similar social groups, and those groups often had a prevailing culture or character that also placed a premium on sexual respect and making sure people felt safe and comfortable.”

The final question in our survey asked respondents to share experiences and opinions on Carry That Weight. Some of the answers received were stunning in their vitriol and contempt. Still, 37 percent of students who answered our survey said the impact was either “positive” or “slightly positive” (24 percent felt neutral about it).

Here are some of the corresponding responses from our survey:

“Carry That Weight started a conversation I had been pushing for for years, but didn’t know where to start. It validated every time I have felt unsafe on campus. It gave me strength and a voice. It finally got guys in my life to shut up for two seconds and listen.”

“I think Carry That Weight was incredibly important and called national attention to an issue that is ongoing and NEEDS far more attention.”

“I came to Columbia in part because I learned about the ‘Carry That Weight’ performance.”

“Glad someone was brave enough to take a stand against rape culture in such a loud way. I will never forget this movement.”

“I became more aware of college rape and consent through this experience and it made me want to improve safety on campus.”