Columbia University is an institution that “coddles” its students, according to an Army veteran studying there.

Justin Deal is a veteran who served in the Army for six years, completing two tours in Afghanistan as a sniper for the 173rd Airborne. Now he’s a 27-year-old Columbia senior studying financial economics, and has spoken out against what he calls “puppy culture” – a university environment that he says prioritizes feelings over academia, where students are too emotional and exams are canceled because of election results.

We spoke to Justin about his take on life at Columbia, and what he sees are the problems with American campuses today. 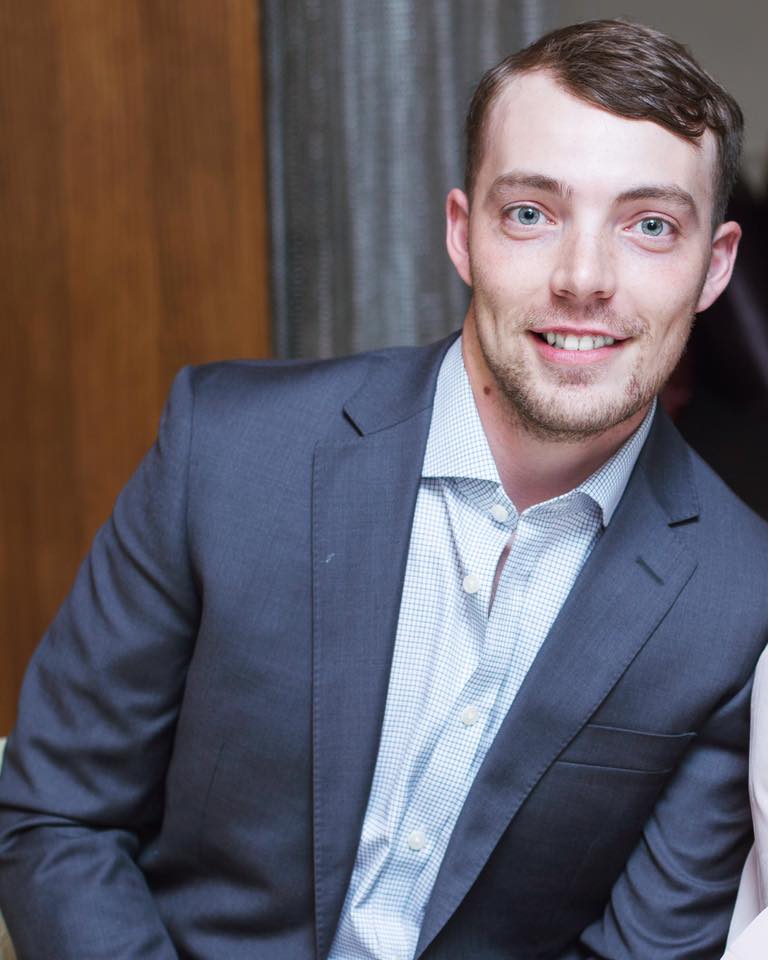 American colleges have been called “iceberg campuses” – institutions where students feel afraid to discuss ideas publicly, and will only do so in private. What do you think?

I think Columbia’s better than some. Obviously I don’t have personal experience of other campuses, but from some of what I see in the news, I think Columbia is a bit better about it. But I still think it’s an institution that coddles everybody. To me, it’s absurd that exams should be canceled because one candidate won over the other. It’s laughable. But a lot of people are triggered – it’s the word that goes around a lot.

What do you think of the Columbia students who are in favor of “safe space culture”?

To them, I would say: you’re in for a rude awakening once you leave campus. But I understand it. I understand that it’s different experiences. What really amazes me honestly is that, the School of General Studies, is one of the five undergraduate groups at Columbia. And it’s only for non-traditional students, not just veterans. It’s for anyone who has taken time and done something else before coming to Columbia. And even that is extremely divided. I would say my thoughts are easily the minority. The majority of the GS students support the same type of culture. I don’t know what causes it. If it was just the younger kids, you could say it was different life experiences. But even the military community is split. Some people that have the same experiences that I’ve had still support the puppy culture. So I’m not really sure what causes it. 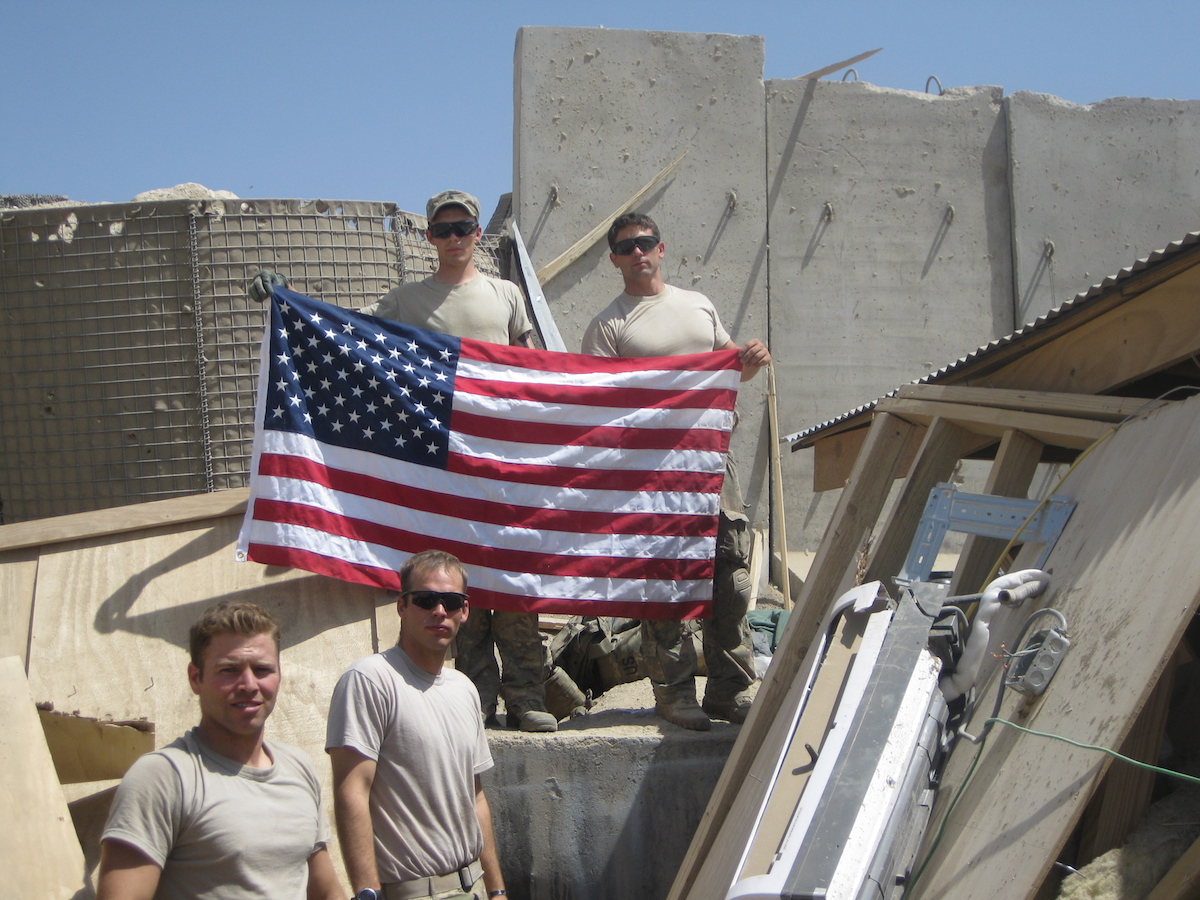 In Afghanistan with Army colleagues

A writer for The Tab Columbia, Ben Sweetwood, described how he was reported for gender misconduct for calling himself handsome in a Chinese class. How does the administration play into in “safe space culture?”

I don’t know Mandarin, so I don’t know the implications of exactly what he said or what kind of connotations that has in China. But from what you describe, to me that’s absurd. I can’t believe that they would support a culture like that. But then again, at the end of the day, Columbia’s a business. And if the majority of the students feel that way, that’s how they’re going to keep making money. If they all of a sudden cater to people with my thought process, not as many people are going to go there, if they’re not supportive of their feelings and opinions.

How does the divide between Columbia’s veteran and civilian students play out?

A lot of the time it doesn’t play out in the classroom. Most guys and women veterans keep their mouths shut, for the most part. It’s an underlying joke that you don’t really engage with them in class like that, cause it’s just going to turn into a mess. They’d turn it into a debate that detracts from the class. It plays out in more private settings. On Facebook you see it, in the lounges – protests on campus. For the most part, it stays out of the classroom.

Does it ever get personal?

In class, no. They’re good in class about keeping it professional. On Facebook, jeez. It’s horrible. It’s personal attacks, some of the conversations that have happened in these private Columbia groups. Like I said, it’s an attack on a person, not an idea anymore. 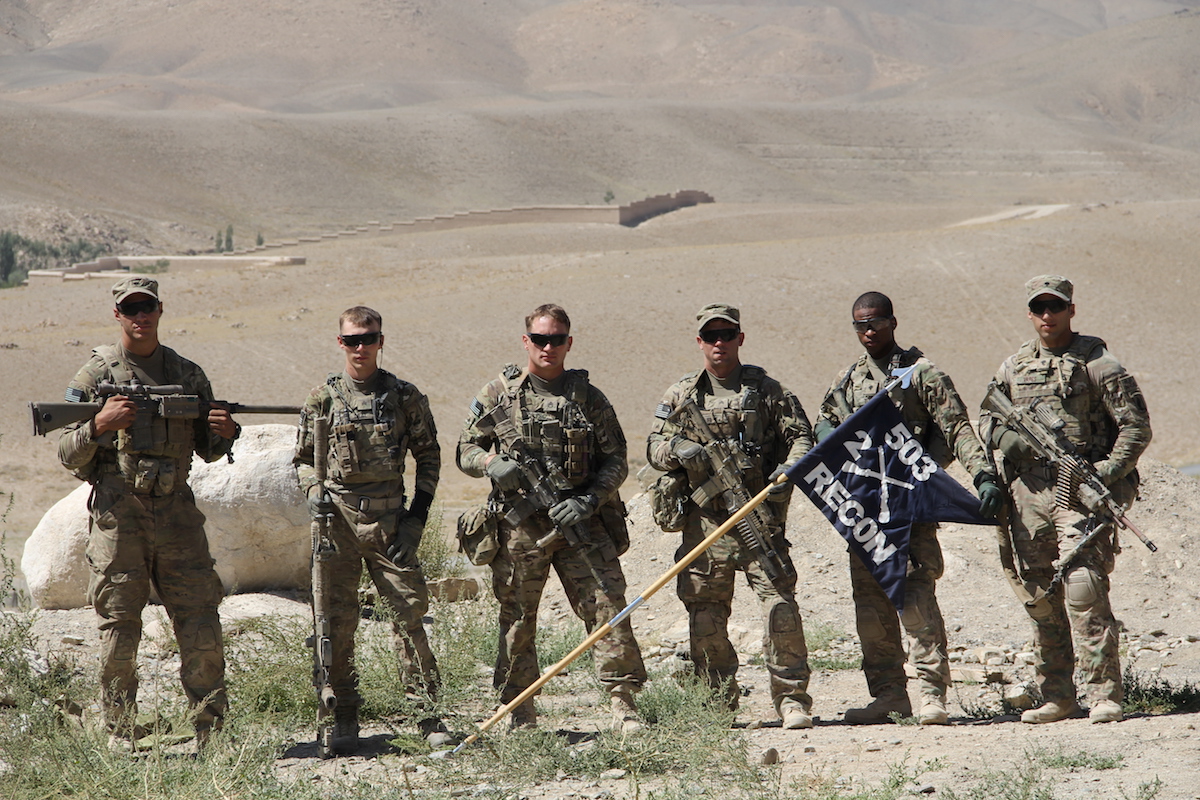 At Columbia, what are the differences between veterans and civilian students?

Out of the veteran population, there’s definitely a disparity in the percentage of people who have my way of thinking, compared to the overall Columbia community. I think it comes from a lot of mental resilience training. When I see these people, that’s what I see, like: “Man, they just crack.” It amazes me. I’ve never seen anyone like that.

Based on your experiences, if there were to take that attitude into the Army, how long would they last?

10 seconds. Honestly. They wouldn’t make it past basic training.

How does it make you feel about the future of young people in the States?

I’m terrified. I really am. What are these people going to do when they meet real challenges? When you meet a personal challenge head on in your life, they’re talking about things that are so macro level that just destroy them. The majority of these things actually have very little impact. The President of the United States, I understand. But the majority of these things that they protest have very little impact on their life. What’s going to happen when they meet something head on? Things that could make or break anyone in their personal life? I honestly think they’re in trouble.

What kind of things are they paying attention to that don’t matter?

I understand standing up for a cause, I totally support that. But I can’t walk from one class to another on any given day without being stopped multiple times by people protesting or advocating for something else. That’s just not what I’m at Columbia for. I came here for an education. It might be because I’m a little bit older and I have a goal that I’m moving towards that’s very clear cut in what I want to do, but I didn’t come here to save chickens from a factory. I didn’t come here to save the bees. I’m here to learn financial economics and move into the workforce and start my life and career and family. All I’m here to do is get from one class to the other and that’s it.

These are definitely issues that need to be talked about, but they’re largely out of their hands. They largely don’t affect their personal life at all. To have a reaction to it is normal. But to have a personal reaction where it stresses you out so much that you need to cancel an exam or have a cry session or something, that’s a problem.

When you go into the workforce, nobody’s going to care. Nobody cares! You have to still show up and do your job no matter who won the election last night. They’re not going to cancel work. 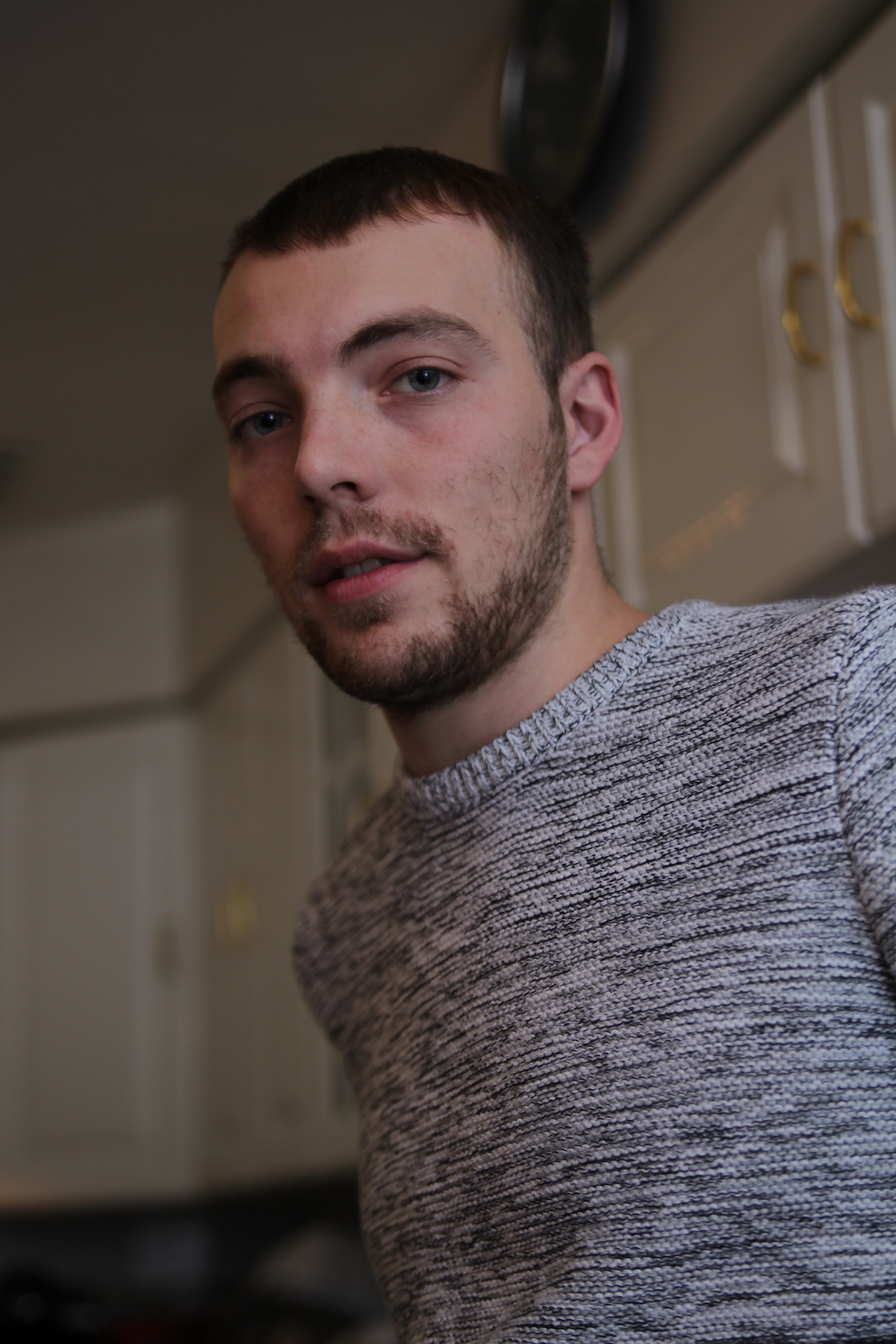 Well, I laughed about it in the military – we all think it’s kind of a joke, these mental resilience trainings we have to do. But they’re largely online, you click through and answer some questions: how would you react to this, that, the other. I would love to see something like that implemented at a collegiate level. It obviously worked.

Were you aware of this kind of culture in the military?

Absolutely not. I’ve never heard of anything like this. If I had, I would have never come here.

No, absolutely not. It’s embarrassing to me that I share this identity. When I go places and I tell people I went to an Ivy League school but specifically Columbia, they have a perception of that institution which absolutely in no way reflects me. So had I known this prior to coming here, I would not have come.

Is it really that bad? How do people look at you when you say you’re a Columbia student?

Like I say, it’s a perception. When you meet someone new and you say: “Oh, I go to Columbia.” You set up a set of expectations. They expect you to be a liberal. They expect you to be this, that, the other. And if you don’t meet those expectations, now they have a negative view of you. If I meet someone else from Columbia, they expect me to have things in common. When they start talking to me and start hearing I’m a conservative, they think: “Wow, this guy is not who I thought he was going to be.”

It was talked about, but I don’t think anyone understood the severity. It’s not like – and I don’t want to say a joke – but it’s like: “Yeah, right, it can’t be that bad.” You get there and you know that they’re serious. 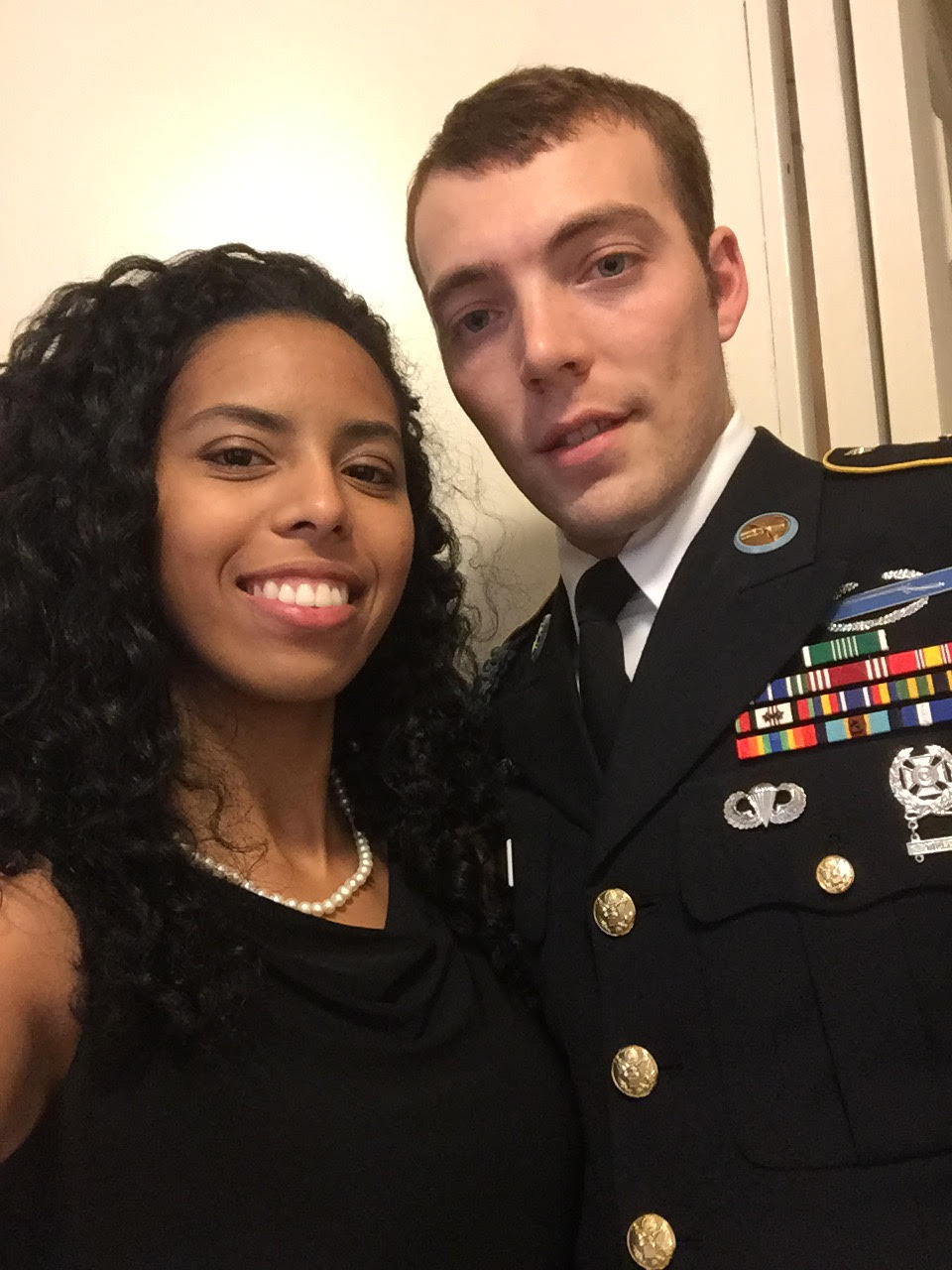 Justin with his fiancée

Do you have other former colleagues from the Army who feel the same thing?

Yes. And it’s not just veterans. I posted something on Facebook one time, and I received four or five messages from traditional undergraduates, 18 and 19 years old, and they were just like: “Wow, no-one’s ever said this out loud before. I thought I was the only one thinking it.” There’s a small population of conservatives at Columbia. But they learn to stay quiet for fear of being the outsider.

Facebook can be a nasty place at Columbia. It got to the point where I told my fiancée, I don’t want to go back to school. I don’t want to see these people. They post something on Facebook and they see you in school, and everyone just doesn’t talk about it. It’s really weird.