‘Say it loud, say it clear, refugees are welcome here’ 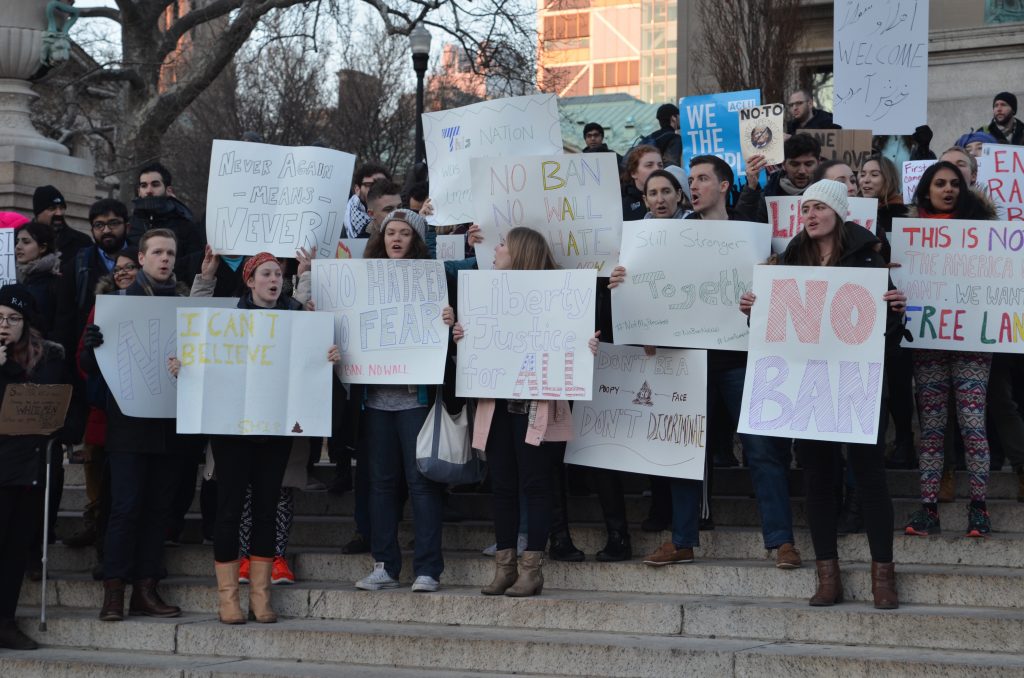 A large crowd has formed on Low steps to protest the executive order Trump signed, which bans the citizens of seven countries from entering the US. 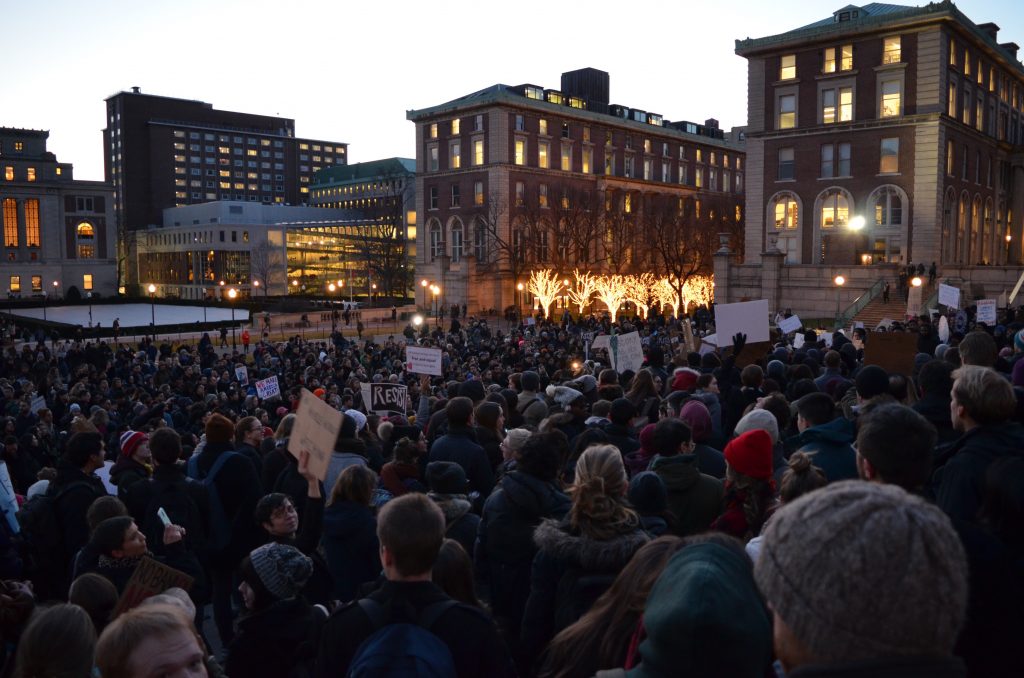 The crowd is shouting: “From Palestine to Mexico all the walls have got to go”, “No ban, no registry, fuck white supremacy” and “Can’t build a wall, hands too small.” 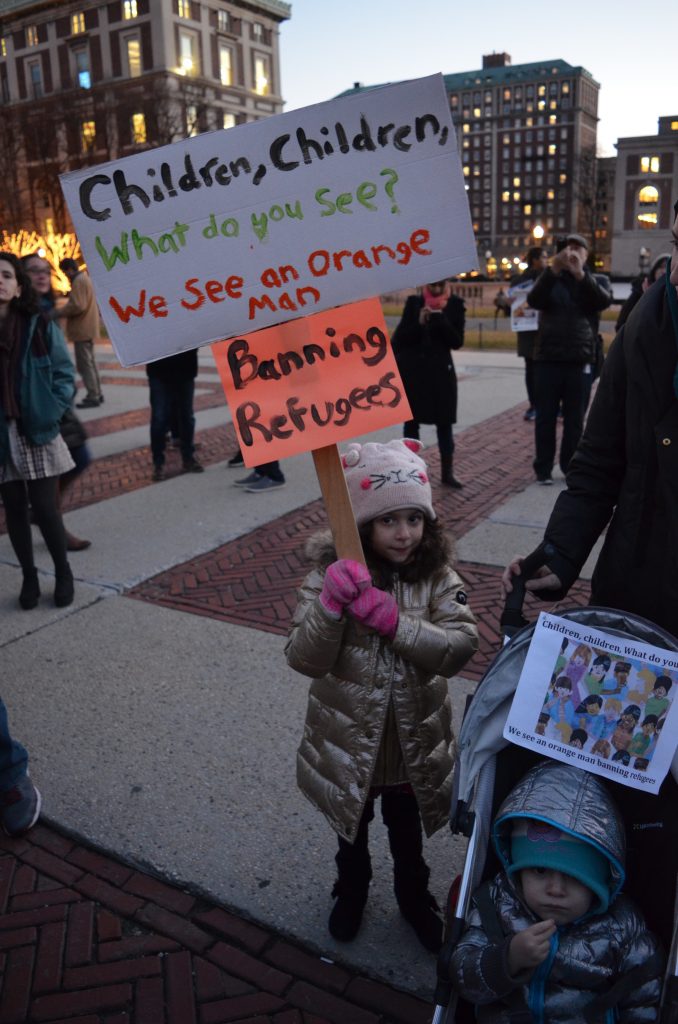 Professor Rashid Khalidi is now speaking. He tells the crowd:

“Another executive order was posted, appointing both Bannon and Miller of the Permanent National Security Council and removing the Chairman of the Joint Chiefs and the Director of National Intelligence. I’ve never been a fan of American foreign policy, you may know that. I’ve never been a fan of the way things have been done in the past. But this is the equivalent of a coup d’état against the permanent government by a small clique of people who at the same time issued this executive order.

“It has nothing to do with national security but with bigotry.” 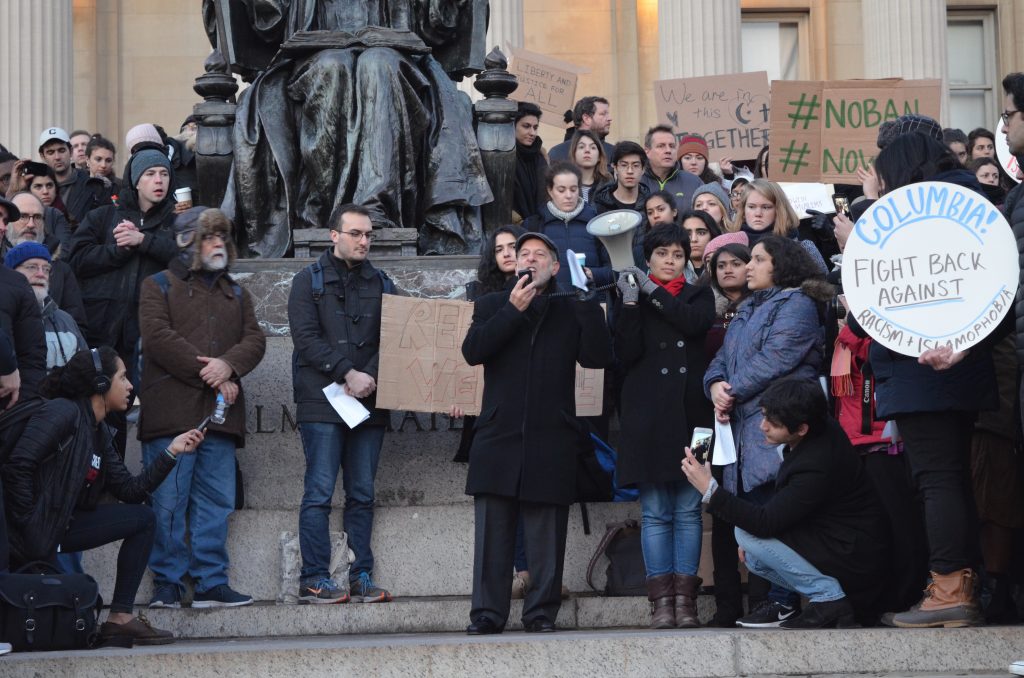 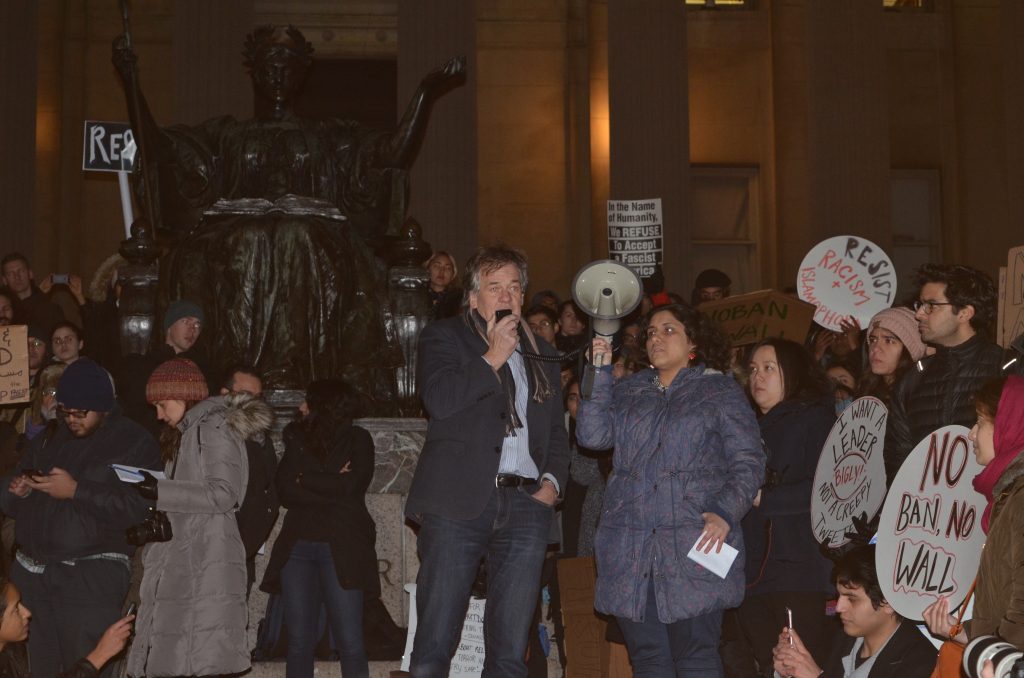 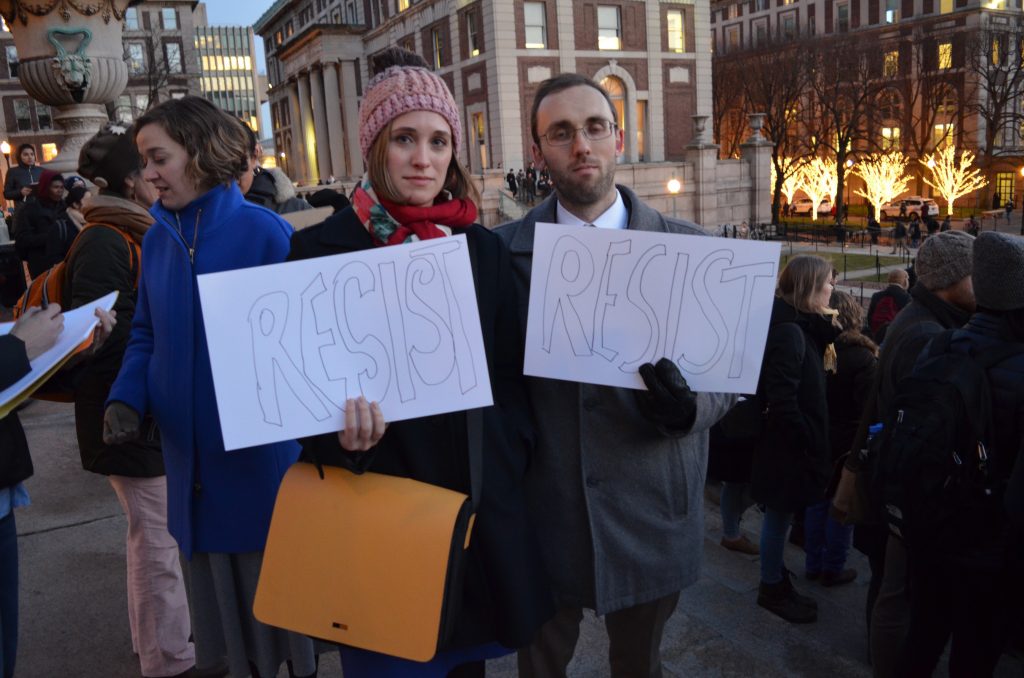 “We are here because we firmly believe that you cannot make America great again by making it worse. We are unilaterally opposed to Bannon’s appointment, the closing of borders…” 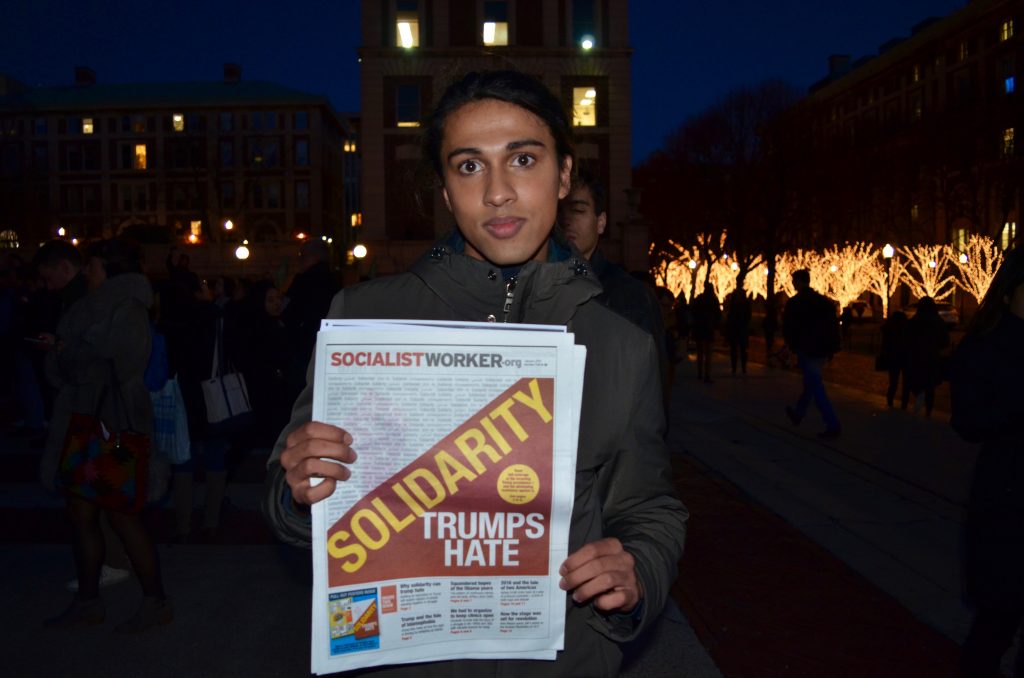 “I want to be part of the mass resistance against Trump and this absurd and racist executive order. It is necessary that people come together and fight. It’s really amazing that people are getting together in such numbers and keeping the fight going” 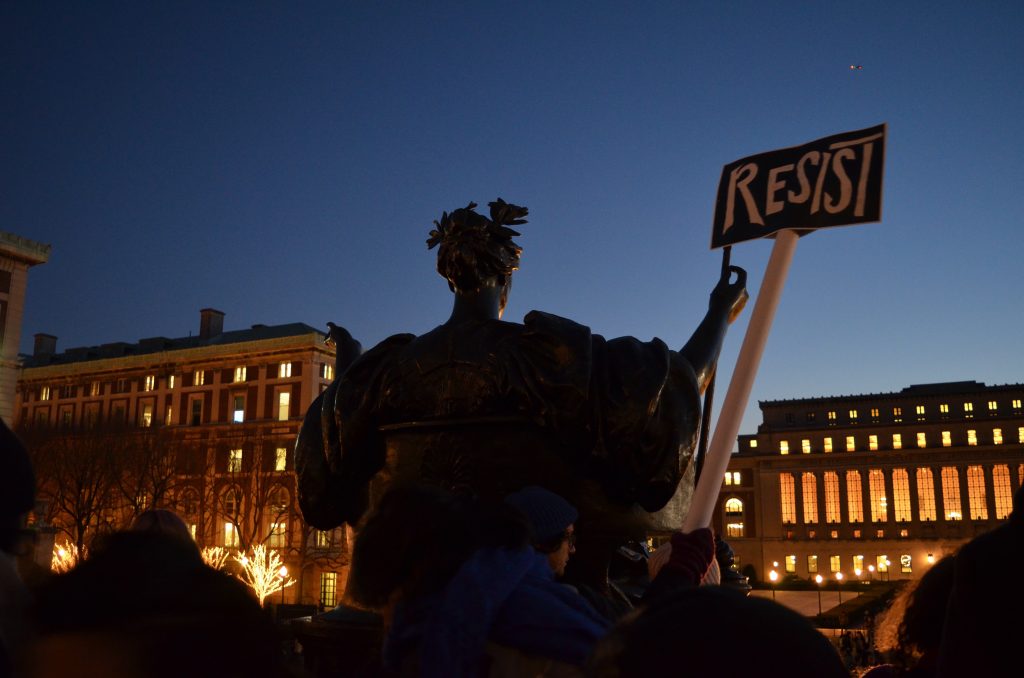