She wrote her book at night after classes in the day

It has been around since 1968, one of the first free clinics in the country. When Lauren was just 14, she became a volunteer for it, focusing on fundraising. Now she’s in her final year at Columbia studying Human Rights and Political Science, and has published Uplifting Lives, on the clinic she grew up with.

Here’s her story about what it was like to write a book balancing life as a full-time student and author. So tell me about this project at the clinic—how did you get into it and when did you start your volunteer work?

I started volunteering when I was 14. For me, the only thing I was really able to do at that age was help fundraise in whatever little ways that I could. So at that age, it involved things like bake sales and other small efforts.

Looking back at it, I see that what I was doing was very minimal compared to other volunteers but what it did was show my neighbors and others in my community that a 14-year-old girl really cared about the clinic which helped spread the word and encouraged people to help in whatever capacity they could. That’s really where it all began and just evolved since then.

By the time I was in college, I was still helping with fundraising efforts and social media. I decided to write a book about their history for two reasons: I wanted to spread awareness and I wanted to encourage people to get involved at our clinic and other nonprofits in communities across the country. I also wanted to have another way to raise donations for the clinic and I’ve been able to donate the proceeds of the book to the clinic.

So it’s been a long journey of just trying to be creative in helping in whatever way I can. It’s definitely been one of the most impactful experiences in my life. 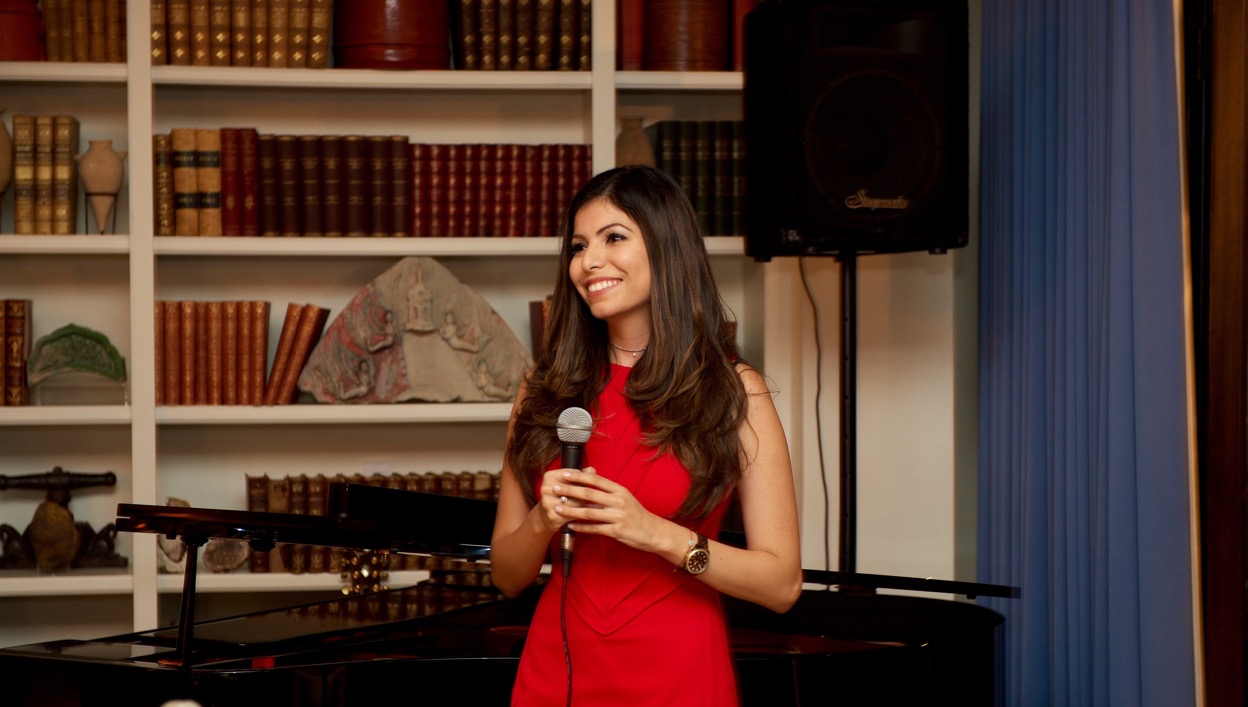 Tell me a little bit about the history of this clinic.

The Hollywood Sunset Free Clinic is on Sunset Boulevard in Los Angeles. It’s really easy to pass by because it’s hidden behind these telephone poles, palm trees and lots of traffic. What it’s done for the community since 1968, when it first opened, is remarkable. They were one of the first free clinics in the country. It was started by a group of young adults out of the free love movements of the time.

People didn’t really know if it would last but it did. Now it’s a family clinic that provides free healthcare to people of all ages. It has a really exceptional volunteer team of doctors and nurses, some of which come from the best hospitals in Los Angeles. It’s really transformed over the years into a very professional center that is relied on by thousands of people around the community. I’ve met these people. I’ve met these families, little kids and senior citizens who have been patients. Every time I’ve met somebody and seen how grateful they are, how much the clinic has meant to their lives, I’m reminded of exactly why I do what I do. 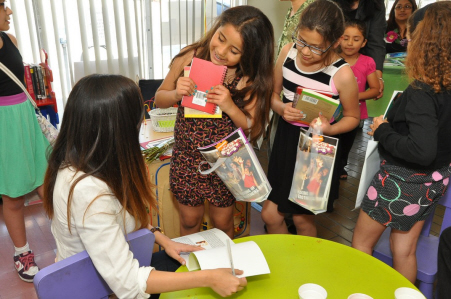 Well, there was this little boy that I met. He came to the clinic with his single, working mother. He came for a basic back-to-school examination and his mother told the doctors that he wasn’t doing very well in his classes.

Ultimately, one of the volunteers tested his blood and found that he had high lead levels. These were actually attributed to his low-income housing complex which hadn’t been maintained so the paint in the walls had high lead levels. It was leading to cognitive developmental issues and affecting him in all his classes and relations with friends. At the time, he was being bullied and his mother was taking it personally—as if she had been doing something wrong, as if she wasn’t a good enough parent.

As it turned out, it really just had to do with the landlord not maintaining their housing. I saw how the doctors were able to connect them to other community sources and so many different avenues of support. I saw how this clinic really changed this kid’s life and his mother’s life too. 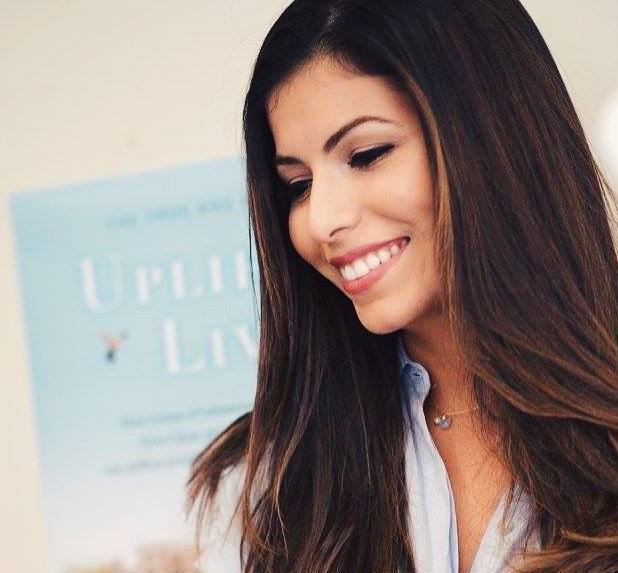 What was the process like for putting this book together?

Wow, what a process. Well, it started with research. What people often don’t realize is that this story has never been told. It’s not like when you’re studying in a history class and you can read a story from beginning to end, then summarize. This was creating the timeline beginning with 1968. It involved doing over 40 interviews and talking to people for hours and trying to find out what happened in what year.

For me, one of the most intriguing aspects of taking on this challenge was that it meant that the book would become part of this historical archive and that in 20-30 years, it would be a testament to the work that this clinic and all its volunteers have done.

When did you start this project and what inspired you to start it in the first place?

We had been talking about it for years because so many journalists wanted to tell this story. However, volunteers were always hesitant about sharing such personal stories. But since I had been a volunteer for so long they allowed me that privilege which I am very grateful for.

As far as the timeline goes, it’s been a two-year process. It started when I was a sophomore and for a big portion of the project I was a full-time student. Being a full-time student was one of the hardest aspects because it meant going to class all day then doing my work at night. Sometimes I would start as late as 11pm. I would be writing and transcribing interviews then turning them into chapters. I would do this pretty much every night or every other night.

And now ultimately I have a book I wrote sitting on my book shelf. It’s all still very surreal to me. 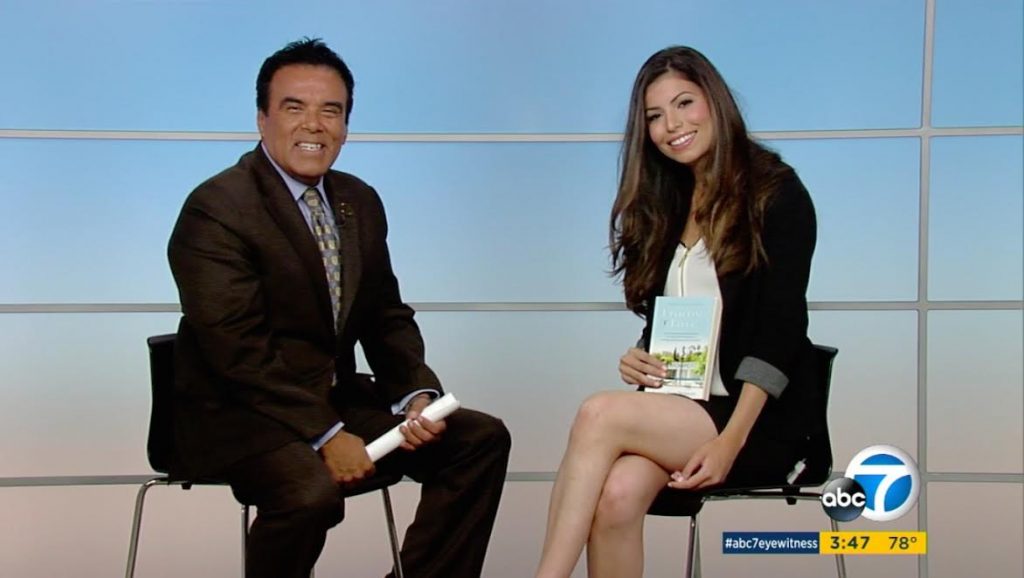 Have you worked on any other forms of publication or have you written any other books?

Yeah I actually wrote a children’s book when I was around 15. It was my first year volunteering for the clinic. When I look back at it, I remember how much heart I put into it and I remember at the time thinking that it was the best I could do to help raise donations for the clinic. That book was one of the ways I was able to contribute. It was called Señor Sprinkles and it was in Spanish and English.

I had been working in the waiting room with one of the little kids and he couldn’t speak in English so we had put together these little stories about my dog Sprinkles. I told him that I would turn it into a book. His face just lit up when I said that. I think part of him didn’t believe me but the other part of him really wanted me to. I just wanted to do my best for him.

Where do you hope that this book goes? What’s next for you?

I just want this book to reach people of more communities because what the clinic has done for the Los Angeles community holds so many implications of what can be done in other communities at the grass roots level. I hope this book can reach people in other cities around the country that are facing similar challenges. In every city there is poverty. It’s often overlooked and I’m hoping this story can bring a little light to the potential of community lead nonprofit organizations to really make an impact.

As far as me, well I’m graduating in May. I’m really looking forward to it. I’m interested in pursuing more journalistic opportunities. I also would like to pursue film and see if we can turn this story into either a documentary or some form of narrative film. 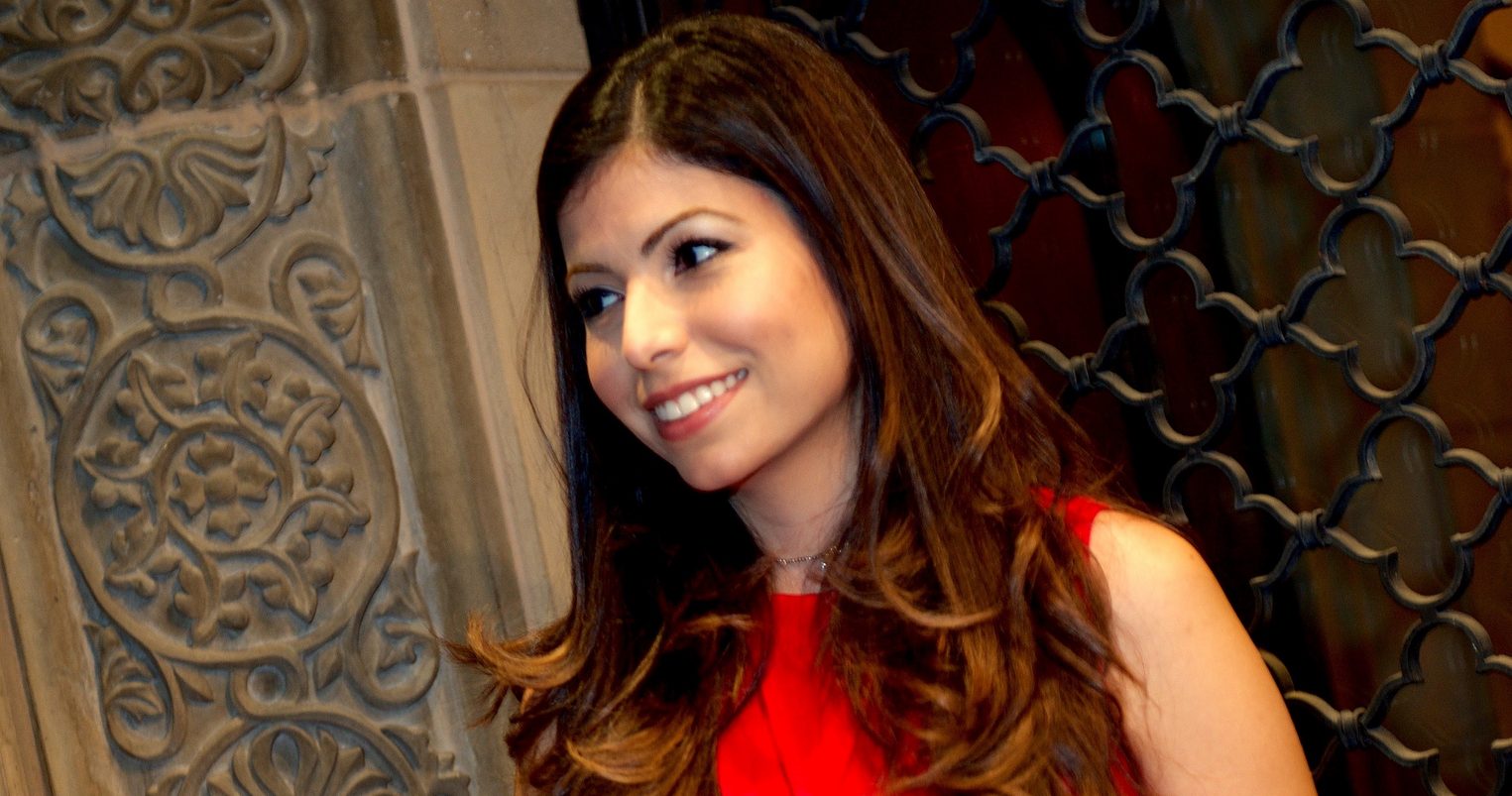 Do you have any advice for other young writers?

I would say, to young individuals, not just writers, for me there’s this one metaphor that I’ve really taken to heart. When you first get a new camera, you don’t want to use it, scratch it or damage it. You take care of it to such a point where you really aren’t experimenting with it and taking the photographs that are the interesting ones. You’re taking staged versions of perfection. But once you get that first scratch on the camera, it’s so liberating. All of a sudden you’re taking the camera outside and experimenting with it. That’s when you start taking the real, beautiful photographs of raw imperfection and those are the photographs that are the best.

I have really connected that with my experience of the book and with projects that require putting yourself out there. I needed a couple scratches and detours and disappointments in order to be more willing to put myself out there and take more creative risks. I’m really appreciative of those really tough days because those are the scratches that have let me really pursue my project whole heartedly and with excitement and without fear. So that’s what I would say, be willing to get scratched up and be willing to make mistakes because people probably wont agree with what you’re doing and you’ll have tough days and tough nights but it’s about waking up the next day and getting back to work again.

I do want to emphasize what capacity we have to make a big difference. So many of my friends ask how they can get involved with the clinic if they’re not a doctor or a nurse and how can they get involved in their communities when they’re so busy with X, Y and Z. What I’ve learned from this whole process is that you can get creative and you can always find some way to get involved. That could be through writing or just having a  fundraiser within your office and getting your coworkers to donate to a charity. There are so many ways to give back and it’s incredibly fulfilling and transformative to everyone who gets involved.

If you have any questions about other ways to get involved, contact her here.