It already has over 500 signatures

These messages include racial, homophobic and anti-Semitic slurs as well as joking about sexual assault and denigrating female students.

– (Discussing Ferguson) “There such fucking nigs dude, so far the only places that have been looted with a rim shop and a pawn shop”

– “We got a missing faggot no Jews back at Claremont” 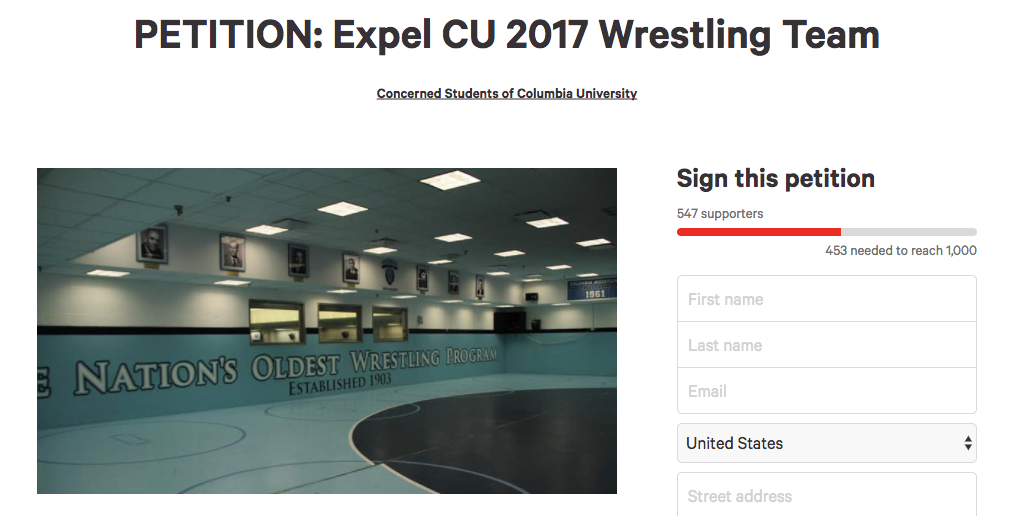 Within a few hours of these GroupMe screen shots being released, a Change.org petition popped up, asking for Columbia University to take action by expelling these students.

“Keeping these students around, in our dorms, in our dining halls, in our athletics community, would be a statement on behalf of the Columbia administration that the material lives and psychological well-being of marginalized students means nothing to the University. As an office purportedly interested in upholding ‘community standards,’ we demand that you keep these violent individuals away from our community, away from women they may harm, away from Black students and students of color they clearly despise, away from queer and trans students they regard as subhuman, and away from all other concerned members of the community who should not be expected to tolerate such a significant amount of disrespect on top of their school work, jobs, extracurriculars and other daily life struggles.”

So far, the petition has already gathered support from over 500 people and is quickly growing.

This is just the start of campus backlash to the team – students plan on flyering Columbia on Monday.