Columbia put me through ‘re-education’ for telling a joke

Now I’ve graduated from Columbia University, I am finally ready to reveal a dark and shameful secret I have kept buried for almost two years: I am the living manifestation of the evil white male cis patriarchy. I, Ben Sweetwood, committed “gender misconduct” while a student at the above mentioned institution of higher learning.

I was in Chinese class in the Fall of 2014. I was a bit of a jokester in class, though also a good student, so it’s not like I didn’t make contributions to the class. Often we had to use new vocabulary or sentence structures to make up our own sentences.

One somber autumn morning, I took the opportunity to call myself handsome in Chinese. Wǒ hěn shuài, I uttered in my unchecked malevolence and without care for cultural norms or general moral principles. I know you must be too aghast to read on at this point, but please, bear with me, so that this kind of horrific statement never sees the light of day again. 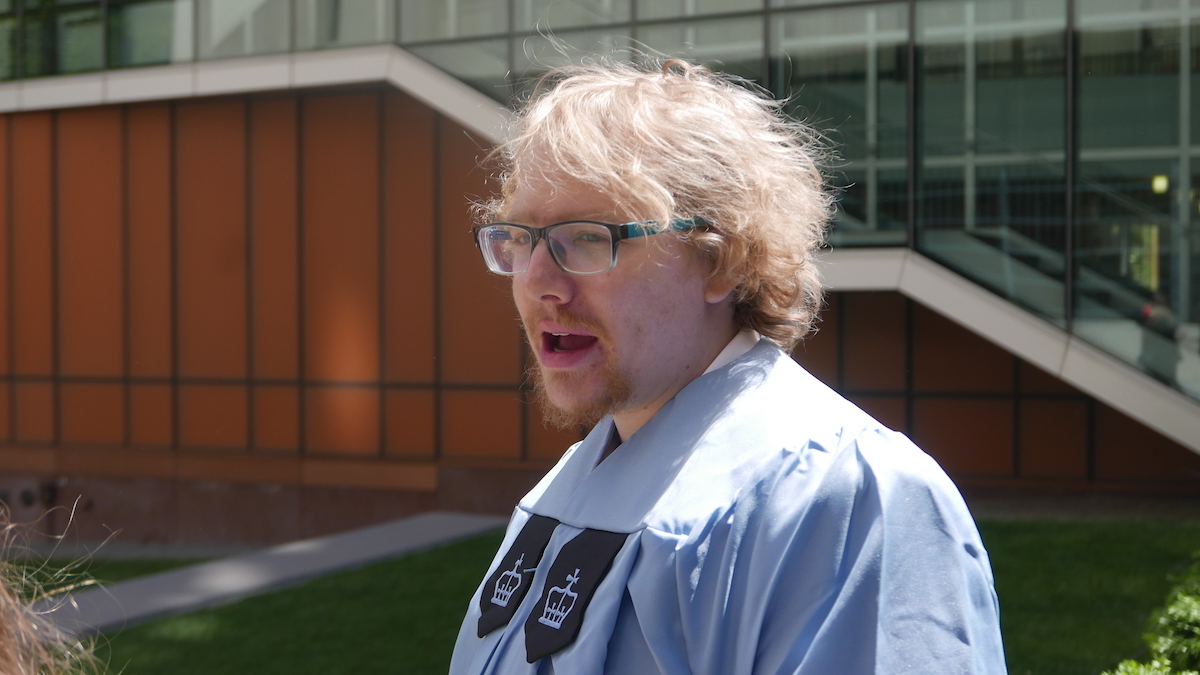 The next day during class, my teacher asked me to stay after class. I obliged, and I certainly felt it was not for her to tell me how brilliant I am. The teacher sat next to me on a bench outside the classroom and told me that I made a comment in class that upset someone. Consequently, I had been reported to the Gender-Based Misconduct Office.

She mentioned I had called myself handsome and alluded to my joking personality in general. She also told me she was not offended at all. She said she thought it was funny, but that she didn’t want to get in trouble herself. She told me if I want to make those jokes, I should come to her office hours to do so. I assumed it’s because my sick mind needed to be contained in a space where other students were not at risk of harm. I felt bad for the teacher as she seemed to be in a tough situation, where she had no choice but to scold me.

Later that day, my advising dean emailed me to say, “The University’s Gender-Based Misconduct Office contacted us because they received a complaint about your behavior towards your Elementary Chinese II professor. It is important we meet to discuss this as soon as possible.” I responded in a defiant tone, denying any wrongdoing, though I agreed to meet the next day.

“The University’s Gender-Based Misconduct Office contacted us because they received a complaint about your behavior towards your Elementary Chinese II professor. It is important we meet to discuss this as soon as possible.”

I met with my dean the next afternoon. She told me the same thing my professor had: I had called myself handsome and this was unacceptable. My dean tried to make me agree that I would never do this again. I flat out refused. I laid into her about how upset I was about the situation and I said something along the lines of: “If you’re asking me to not be myself, then I guarantee I will end up back in your office again.”

We are doing the wrong thing and going after the wrong people in the name of fairness and justice, I told her. By the end of our conversation, she told me: “Even if I agree with you, I obviously couldn’t say anything…” I had the impression that she was too scared to challenge Columbia’s extreme politically correct culture.

I was then put in touch with a case manager from the Gender-Based Misconduct office, who set up a “re-education” meeting in his office for the following Monday. I remember this frightening little office was located outside of Columbia’s west gates, where no one can hear you scream (it may have moved since then).

I walked into the office, and as you might have guessed it was filled with delinquents of all sorts. Clearly this office had a purpose. Oh c’mon, you didn’t really believe that did you?

The office was empty; it was just me in the waiting room: Ben “Gender Misconduct” Sweetwood. For the first few minutes of our meeting, the case manager launched into an edifying speech on how my white privilege was playing a major factor in my lack of clarity into the depravity of my actions. Then I shot back with a plea for sanity, in much the same way I had done with my advising dean.

He eventually offered up an anecdote about how he was once accosted on the street by a woman for being a gay man and how he just ignored it. I responded by telling him that his story was not an example of some small offense. I was sorry he went through it, and believe discrimination of that sort should not be tolerated anywhere in this world. He seemed to change how he saw our conversation, and recognize that I wasn’t just dismissing all offensive incidences as sill, I was upset about how stupid my own situation was.

As if he had heard my speech with my adviser first hand, he said in almost the exact same words: “Even if I were to agree with you, you know I can’t say anything…”

This experience taught me one thing more than any other: the human toll of “triggered” culture is a serious matter. I cannot help but feel for those who are deeply embedded in it, or rely on it for food and shelter. Furthermore, by reporting my innocuous statement, serious matters like sexual harassment and assault are trivialized and victims end up neglected. That is unacceptable.

By the way, you can bet I didn’t change a damn thing about my personality to please a single easily-offended mindless drone. By the way, said drone was able to report me and potentially cause damage to my own educational experience and future with full anonymity.

I told friends in the class about the experience and they were shocked I had been reported. Later that week, in Chinese class when my teacher was having us use a new sentence structure to talk about things that make us upset, my sentence was: “I get upset when I get reported to Gender Misconduct by my classmates (OK, I may have used a little bit of English to get the full phrase out). I probably shouldn’t have done that but it was just too damn funny not to.