PSA to slow walkers: Your glacial movements are affecting the entire Clemson community

The past several months have proved polarizing for our nation. From presidential elections to unfortunate gorilla deaths to bathroom signage, it seems as though our nation’s unity is as shaky now as it was in the 1860s. However, there is a divide much older and much more sinister than those that were aforementioned: slow walkers vs fast walkers. While evident in large urban hubs and small towns across the country, this schism is perhaps nowhere so prevalent as it is on college campuses.

Not to be confused with the fictional undead of HBO’s hit series Game of Thrones, slow walkers are the very real undead souls currently cursing sidewalks and pedestrian pathways everywhere.

But, what’s the big deal? What’s at stake you may ask? Well, a lot more than you realize.

Lost in the world of Snapchat filters and double-taps, slow walkers creep along Library Bridge with a complete disregard for efficient walkers who have responsibly stowed their phones in backpack pockets. It becomes a fight to the death to make it to class on time, which requires strategic passing and a brisk pace.

When slow walkers dominate the bridge, the cosmic order as we know it crumbles into chaos. Even worse than slow walkers are those who stop mid-stride walking past Cooper Library to take artsy pictures of the Reflection Pond.

Slow walkers are commonly found amongst the company of friends creating tensions that, once discovered, threaten to tear apart even the most intimate companions. Attempting to stay at your side as you traverse from your apartment/dorm to the bus stop, the slow walker will pant and complain at your haste as you simply attempt to get from point A to point B in a timely manner.

Irked, you will harbor resentment at this friend for decelerating your pace—resentment that will certainly build into bitterness and frustration with their entire personality in your heart until it is far too late to save the love and laughter that you once shared. Such is the tragedy of the slow walker.

The health effects could kill you

Though the betrayal is perhaps not so personally afflicting, the slow walkers that you encounter in your everyday life, outside of your immediate acquaintances, pose a much larger threat to the fabric of our civilization as a whole. When you have to force yourself to walk at a glacial pace, it causes your patience to wear thin and your stress levels to rise; in the long term, these things could kill you. It also runs the risk of making you cranky and thus a total jackass. This will in turn result in your social isolation, lack of human connections, and, ultimately, your lonely death. Sad.

Don’t let them fool you, prevention is possible

In spite of what slow walkers with “short legs” or “crutches” would have you believe, such tragic deaths and petty frustrations are one-hundred percent preventable. In fact, the majority of slow walking cases are largely a result of “I am too afraid to make eye contact with passersby” syndrome. This phenomenon, often deriving from an individual’s fear of accidently locking eyes with another individual whom they kind of know and may have to exchange an awkward closed-mouth smirk with as a result, forces said individual to stare down at their phone.

Another major source of slow walking derives from traveling in a pack. By no means rare, this is the most heinous of all foot traffic offenses. The gaggle of giggling freshman or muscular mob of athletes slowly saunter in a horizontal line, completely stripping people behind them from having the ability to attempt the passive aggressive pedestrian pass. With only fifteen minutes to get from Core Campus to fourth floor of Daniel, the situation is dire. 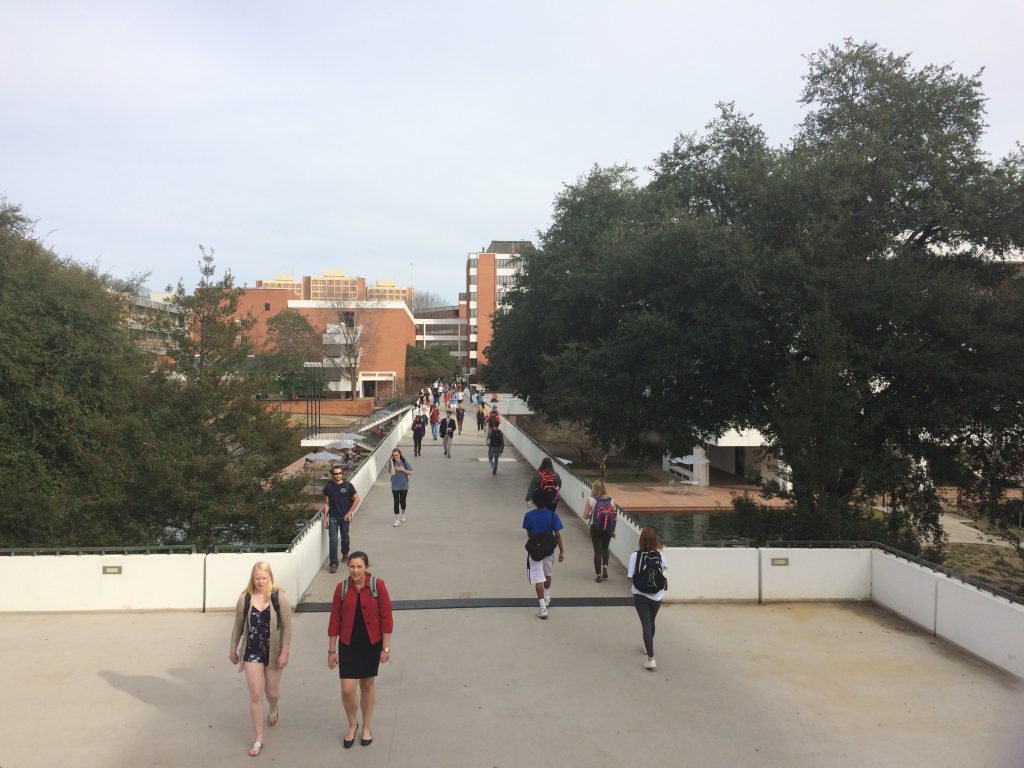 While this author has no propositions as to how to solve this widespread issue, I thought it important to initiate the discussion. Awareness is of the utmost consequence in many of these cases for, if a slow walker surrounds themselves only with other slow walkers, they may not even realize the extent to which their lifestyle choices are harming the rest of us. I hope this article inspires you to speak up about speeding up so that we can all look forward to a more timely and less annoying tomorrow.