And how to deal with them

When you were a senior in high school, your uncle Ross’s second wife from Utah was beyond excited to talk to you. Senior heading off to college next year? The small talk opportunities were endless!

Even though it was November and you were in the awkward lull between applying for schools and receiving acceptances/rejections, they made a plethora of suggestions as to where to apply and what to look for in a school and where they went and how they had the BEST time and “are you applying there? Oh, why not? Sorry, I got lost in a wave of nostalgia and forgot that I was supposed to care about your responses.”

The intercollegiate years can be a conversational obstacle course for the well-meaning relative, now that they can no longer stick you on their lap for ten minutes, play peek-a-boo and call it a day (if this is still a regular occurrence for you at family functions, I apologize for my brazenness).

Here are a few examples of some topics any aunt/uncle/grandparent/distant cousin is bound to ask in your pre-pie dialogue, and how to escape with your appetite in tact: 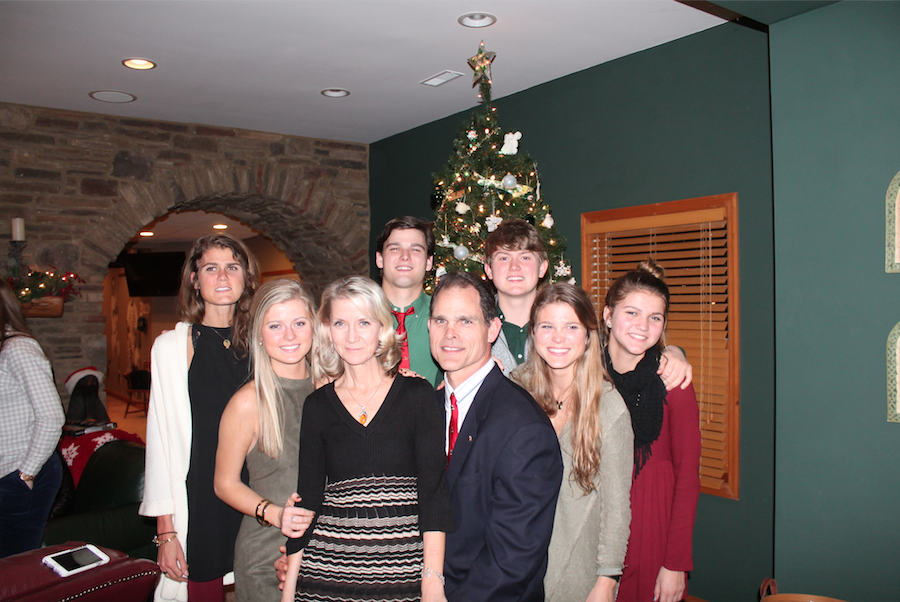 They’ll trail off as though having the answer right on the tip of their tongue, but you know better. Odds are they have forgotten where you go to school. More modest relatives may pose the question, “Where do you go to school, again?” They will then proceed to repeat the name of said school to themselves several times in a mad attempt to avoid the same awkward bout of forgetfulness come December. It is a time-honored tradition with a remarkably low success rate.

“So you’re a (freshman/sophomore/junior/senior) now?”

They don’t know. Hey, you barely know. You have switched majors four times and are technically a four-year junior on co-op for the semester but you only need fifteen credits to graduate but because you studied abroad…well, you get it. It can be a weightier question than anyone thought or honestly wanted. As someone whose academic career has tended to stray from traditional, I recommend responding with how many years you have been in school and your expected graduation date. No need to touch on your planned semester to “find yourself” unless you have come prepared with a bounty of inevitably defensive arguments.

“So the Tigers gonna make it all the way this year?” 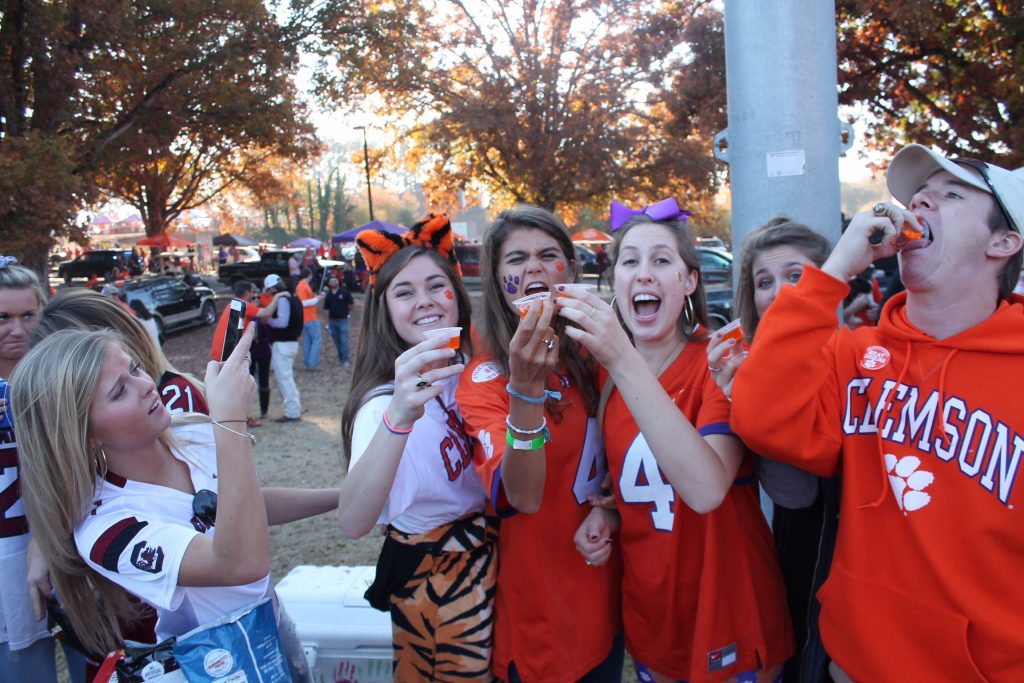 “What a crazy election…you make it to the polls?”

This is a trap. The above is only one example of how they will try to ensnare you with the promise of a relaxed and noncommittal conversation about current events BUT DO NOT TAKE THE BAIT I REPEAT DO NOT TAKE THE BAIT. Even if you think that, “Hey, Aunt Monica is really cool. Hey, maybe she’s not like the others. Hey, maybe she’ll understand.” HEY-LL NO (see what I did there?).

Even if you and Aunt Monica technically align politically there is absolutely no need to engage in the dark and depressing ideological death trap that is political debate in these current times. And if you don’t align politically, and she manages to tempt you with the promise of fact checking and a CNN vs. Fox News debates—may God have mercy on your soul (or should we leave God out of this? Aunt Monica probably has an opinion!).

“What are you studying?”

“Oh…so what do you want to do with that?”

And there’s the kicker.

Well, golly, cousin-that-majored-in-pre-med-and-has-the-next-decade-planned-out, I’m really not too sure! Maybe I’ll take a gap year and immerse myself in the spiritual richness of the East, or volunteer with Americorp! But, more likely than not, I plan on moving back in with my parents and continuing to work at the summer job I’ve had since high school while I attempt to apply to the extremely evasive “no experience required” entry level job that seems to exist only in collegiate myth!

In order to avoid such rants, I suggest practicing a quick and easy monologue in which you establish a post-graduate plan that doesn’t stray too far from your family’s traditional expectations (whatever “traditional” means for you). Those of you brave enough to venture into the stark honesty of “I’m really not sure yet,” you have been warned. 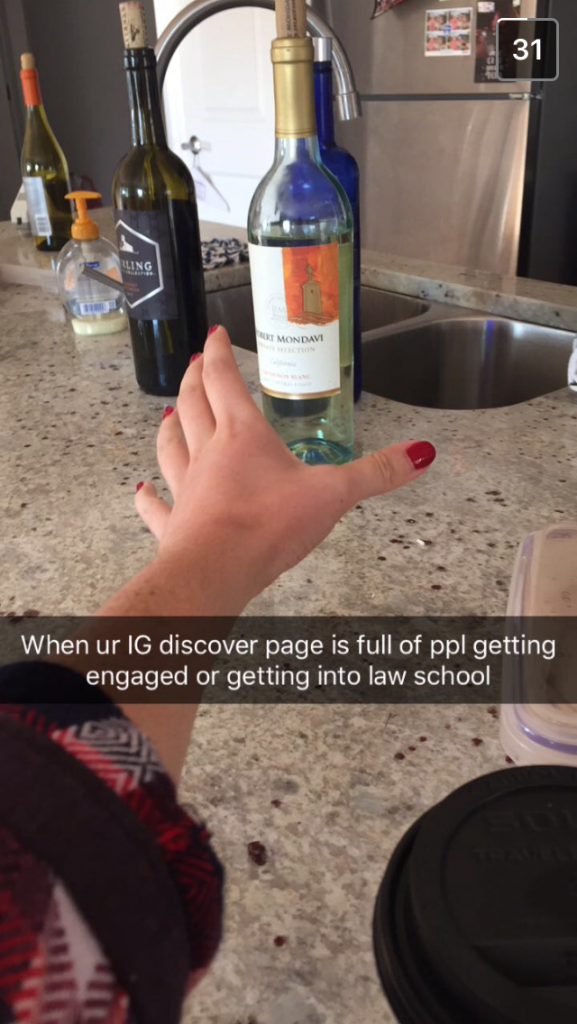 “Do you have a boyfriend/girlfriend?”

I recommend extremely prompt and pithy responses to this question. They really are just curious, but curiosity can venture into the realm of “So when do you think you guys will get married?” or, if you answered no, “Just no one that you like?” with a look of pity. Things will inevitably escalade, and going into too much detail or attempting to defend yourself can and will destroy you. You will suddenly find yourself mumbling about only having dated them for a two weeks or how hook-up culture is destroying our generation’s ability to form meaningful relationships or how most people don’t get married until their late 20s now anyway and and and…Just keep it short and sweet.

“Was that you that I saw on Facebook [insert unfavorable action here]ing?”

Every holiday season I manage to forget that the same aunt who constantly throws me double taps and comments like “Beautiful girl!” sees the good and the bad and the ugly of my social media feed. My eyes bulge from my skull as I suddenly recall with horror the Snapchat my friend posted of my worst hangover of the semester, my politically charged status (but like, I’m not usually political?), or the snarky comment I made on my cousins photo that may or may not have contained an undesirable four-letter word. Depending on your level of discretion, this question can be no-man’s land, as it isn’t typically “Was that you that I saw on Facebook walking that old lady across the street?” For this reason, I recommend either a) blatant denial and immediate blocking of said relative or b) a well-crafted and hasty change of topic.