Why Clemson is better than USC, and always will be

It’s not just us saying it, though — it’s fact

“They ain’t Alabama. They ain’t LSU. And they’re certainly not Clemson. That’s why Carolina is in Chapel Hill and USC’s in California and the university in this state always has been, always will be Clemson.” —  Head Football Coach Dabo Swinney.

I think it’s time everyone faces the reality that Clemson is a superior school to all others, but USC in particular. From our team spirit to our academics to our student life, there’s simply no comparison. But hey, don’t take my word for it — let’s look at the Princeton Review statistics.

We have a higher graduation rate…

Even though Clemson is the harder school of the two to get into, the students accepted into Clemson still have a 10 percent  higher graduation rate over USC. Not to mention more than 70 percent of Clemson students have over a 3.5 GPS, which is pretty darn impressive. When you decide to attend a top 25 public university like Clemson, you better be ready to B.Y.O.G (bring your own guts). We may be hard to get into, but we are pretty hard to get out of as well. 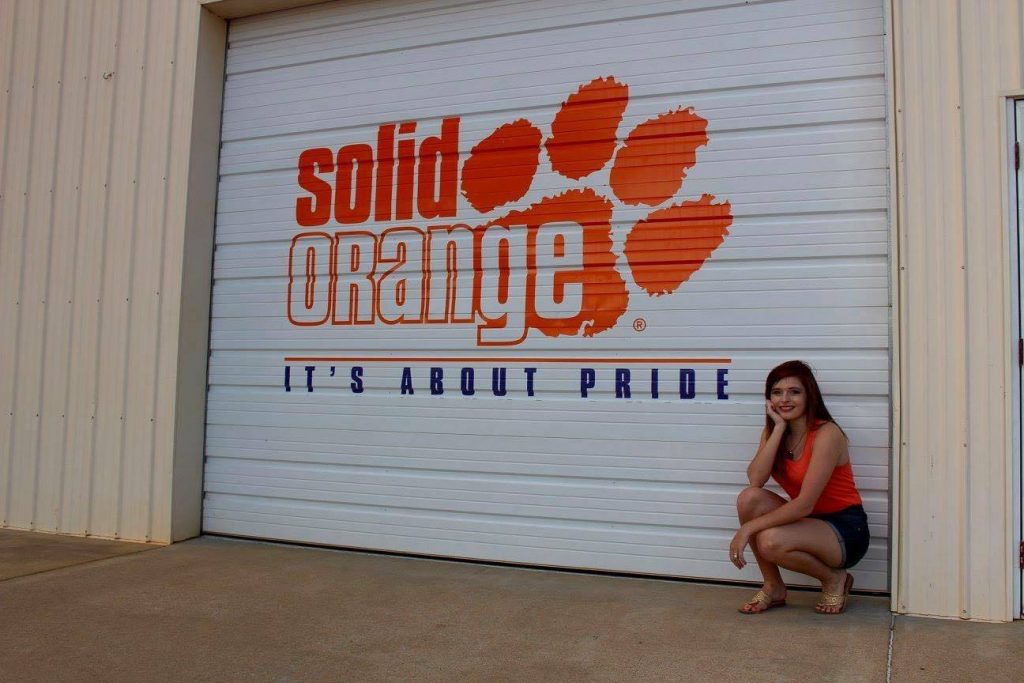 The average median salary for students who graduate from Clemson is $50,000 compared to USC’s $40,000. However, 75 percent of students who graduate from Clemson have their first salary averaging $60,000, while USC’s dangles at  $53,000. Clemson ranks 48th in the nation for student’s getting the most return on their investment, which is something us millennials like to hear. Thirty years after obtaining an undergraduate degree from Clemson, the degree is worth $1,302,000 more than would it actually cost to get the degree. 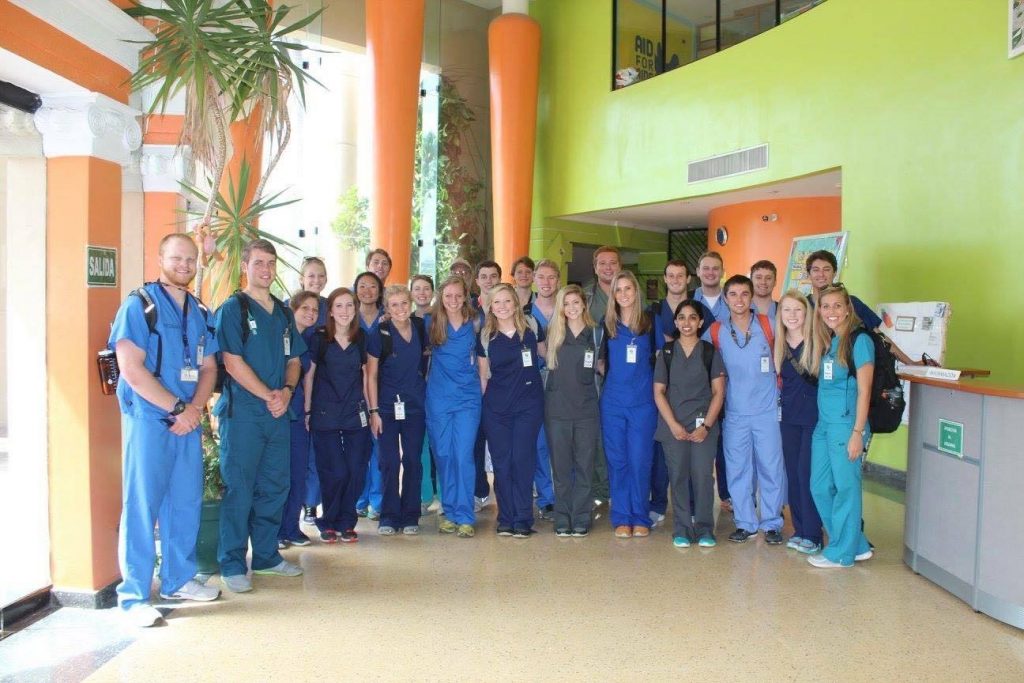 We have more than just rolling fields and cow pastures

If you think you’ll get more city life going to USC, you might be mistaken. Yes, Clemson is considered a village -type campus but we are located fairly close to big cities including Atlanta, Charlotte, Greenville, and even Columbia. Many people assume we are limited to our cow-populated campus, but this is completely untrue. Want to see the Chainsmokers in Atlanta on a Thursday night? Want to see Luke Bryan in Greenville on a Tuesday? Do it! We are close enough you can drive there and back without having to succumb to the expensive price of a hotel. PS: the more money you save on a hotel, the better seats you can get.

We have one of the best Career Services in the country

Clemson is ranked top 5 in the nation for their dedication to help students succeed in finding a job post-graduation. On top of the numerous of job fairs, internships and  on-campus employment, Clemson Career Services offers to teach their students how to write effective cover letters, resumes, LinkedIn accounts (yes, these do matter), interview etiquette, professional work attire etiquette and they even provide workshops for your specific job field. These are just a few of the helpful job tactics Clemson offers for all of their students. So if you are concerned about deciding which University will help you find a job, I assure that you will sleep a little easier at night if you choose Clemson. 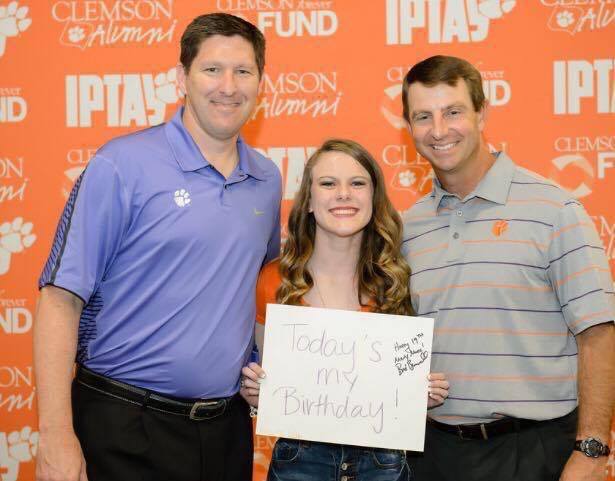 Our school may have 10,000 fewer students than USC, but that doesn’t mean our pride and happiness is lower. Clemson ranks number 5 in the country for students who pack the stadium. If you have every been to a Clemson football or even go to Clemson, our students definitely pack a punch when it come to competitive ticket distribution. But then again, our football team ranks in the top 5 in the nation, so it is understandable why we pack the stadium every home game.  Clemson also ranks third in the nation for Students who love their college! So chances are if you chose Clemson over USC, you’ll be much happier. 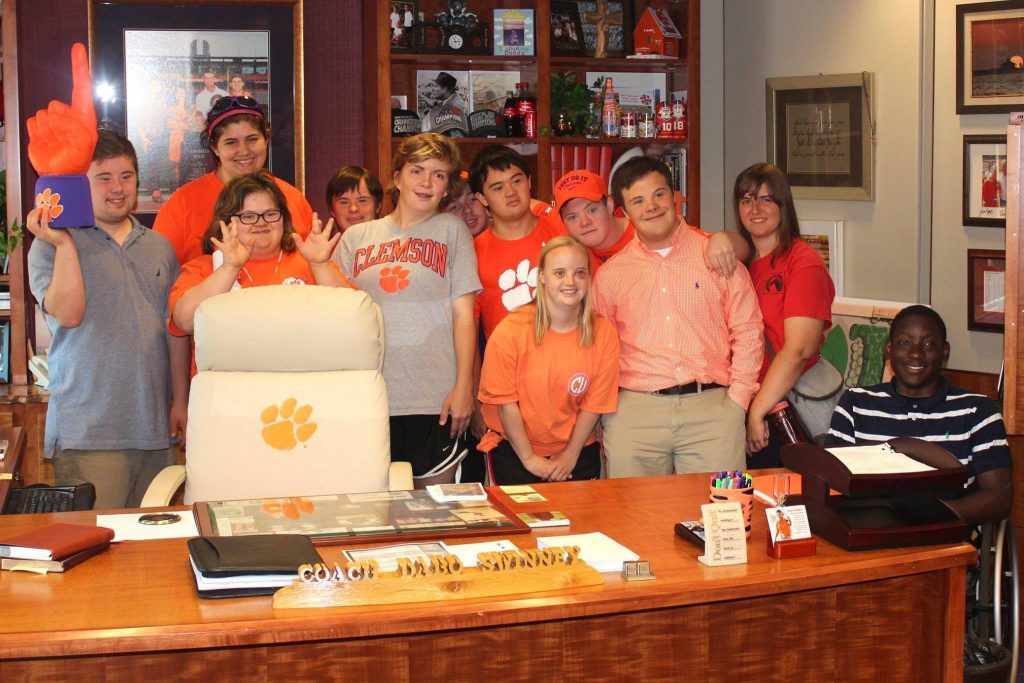 Our campus is better than yours

On top of our campus not being so spread out as USC’s, or located in the “Armpit” of the south, we have many beautiful and historical venues that we take major pride in.  Nothing beats the view of the mountains outside of my apartment, and even the view of Death Valley outside of my english class. Many students find joy rolling around in the grass in front of Tillman (something that is rare in Columbia), and tanning,kayaking, and swimming on Lake Hartwell. We cherish historical markers on campus such as the John. C Calhoun house and the Woodland Cemetery where many Clemson legends are buried. Not to mention we have a Starbucks within a quarter of a mile radius of each classroom, which this alone is a pretty good reason why you should choose Clemson. 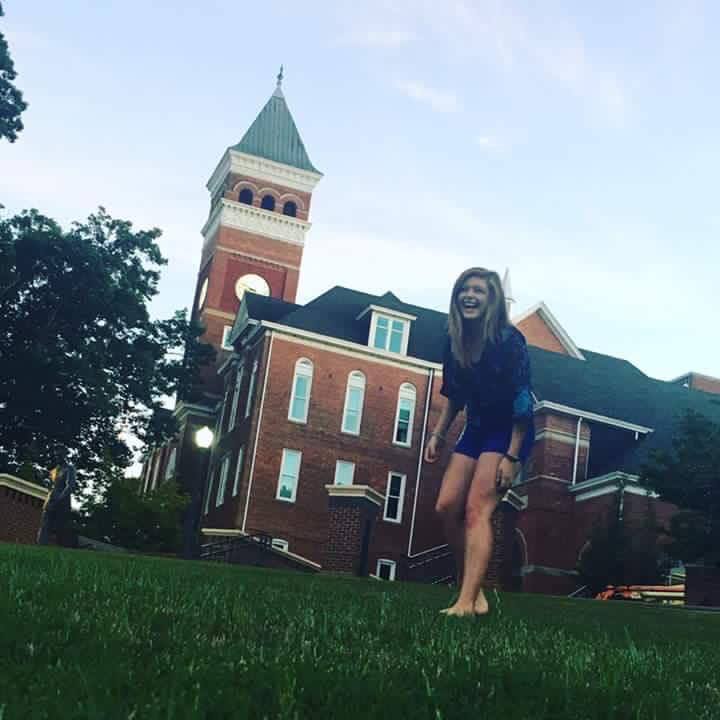 But seriously, who chose to appoint a chicken as the mascot for our rival school? The purpose of a mascot is to be threatening and ultimately badass. I find these two qualities in a Tiger, a Bulldog, a Gator, a Seminole, and even a Elephant, but I have yet to find a chicken/Gamecock threatening. The only thing a chicken is threatening is my digestive system. I do respect the Revolutionary War hero Thomas Sumter (whose nickname was “Carolina Gamecock”), but I do believe a more aggressive animal nickname would have been a better fit.

You can hate our school, hate our colors, and even hate our stadium, but you cannot hate our God-praising, locker room-dancing, all-loving coach, Dabo Swinney. Dabo respects each team we play, limits his temper-tantrums, and shows his Clemson Pride daily whether it be participating in Clemson LIFE or cheering on his sons at Daniel High School. Our head coach understands our football players will have a life after football, and strives to prepare them for both life on and off the field.

We have “the most exciting 25 seconds in college football”

There is nothing like the roar of the crowd when Dabo Swinney appears on top of the hill  in his Clemson pullover to rub our famous “110 percent rock.” The level of excitement and awe that fills our stadium when the Clemson football players rush down the hill to meet their football record fate is unlike any other. I have been to both Clemson and USC football games even before I chose which one I would pursue my undergrad at , and I can promise you, you will not find a more exciting, heart-touching, bone-breaking atmosphere than you will at a Clemson football game. 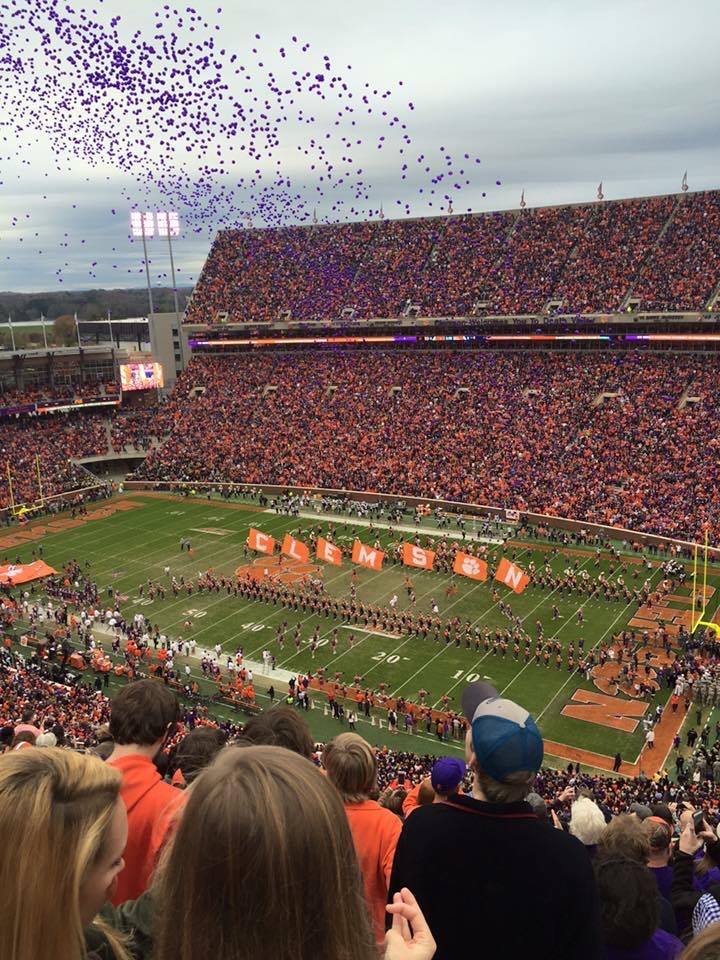 Last but not least: football

Yes, Clemson has a better football team, which is just common sense. Our season football record is better, we have the overall winning streak, we have the longest winning streak (USC feared fingers on both hands) and we can say we know what it is like to play in the National Championship. I don’t like causing strife when pulling football statistics between Clemson and USC, but this is one topic you cannot skip when discussing the rivalry. However, I would rather finish my season second in the Nation, than lose to the Citadel (sorry, I had to go there). Go Tigers!

Although the rivalry between Clemson and Carolina can get very heated at time, we both share this wonderful state of South Carolina, and have really pulled together in times of distress and turmoil. I’m proud of State, I’m proud of my School, and I’ll see y’all in Death Valley on Saturday.