America votes: What food would make a better president than Hillary or Donald

I’m with mac and cheese

Hindsight is 20/20. The 2016 election will go down in history as the most embarrassing and disheartening political circus America has ever seen.

With election day coming up far too quickly, there are a few candidates that we can’t help but think about and wish were running for the Oval Office instead of Hillary Clinton and Donald Trump. People let you down, but food does not.

When you pay an arm and a leg and a first born child for some gourmet #mozzarellasticks but they do not disappoint ??? #smorgasburg

Hard on the outside, cheesy on the inside: that’s what America needs. A mozzarella stick is strong enough to make tough decisions, but warm and compassionate at the core. To get to it’s perfect golden state, it has had quite the life journey, which it talks about during every debate. After facing adversity in the fryer, what was just regular cheese is now transformed into something that can weather anything.

With this candidate, there’s no guessing game. The people can watch it being made through the glass window and take a bite knowing exactly what they’re getting. Krispy Kreme doughnuts are not faking who they are or lying to gain votes, but instead win over the American people with transparency and sincerity. Krispy Kreme doughnuts have no skeletons in their closets. In particular, they have no ongoing FBI investigations surrounding them or sexual assault accusations against them.

Spinach may not be anyone’s midnight craving, but it’s good for the body and always gets the job done. It’s a power food, there’s no doubt about that. It’s packed with all sorts of vitamins and nutrients that will result in long-lasting benefits for the health of America. It knows how important it is to be healthy from the inside out, which is why it will start by working on bettering the relationship between parties. Spinach wants a united country and will not put up with juvenile squabbles.

Bacon is an upstanding citizen and its approval ratings are off the charts. Why, you ask? Because bacon is there for the American people from dawn until dusk. Bacon gets along with all sorts of other foods, both foreign and domestic. It works well with everything, including lettuce, potatoes, pasta, steak, avocado, and, of course, eggs. It doesn’t offend people, and especially doesn’t insult the parents of deceased soldiers or make fun of disabled reporters.

Burritos are bold and complex on the inside, but composed and smooth on the outside. There isn’t just one thing that makes them great, but many things working together to produce the perfect candidate. Each bite has the right amount of flavor. The burrito is determined to satisfy the people and represent the country well. It listens to people’s concerns and considers adapting spiciness or the amount of onions depending on what suits them best. It is a candidate with the people’s best interests at heart.

The filet mignon is not your Average Joe, and doesn’t pretend to be. It’s a little high maintenance, but makes up for it with tenderness and kindness. It’s trimmed away all the excess things in a campaign that distract. It does not take money from corporations or conduct itself in an untrustworthy manner. It hasn’t deleted any e-mails because it doesn’t know how to use a computer. The filet mignon’s integrity and quality are guaranteed. 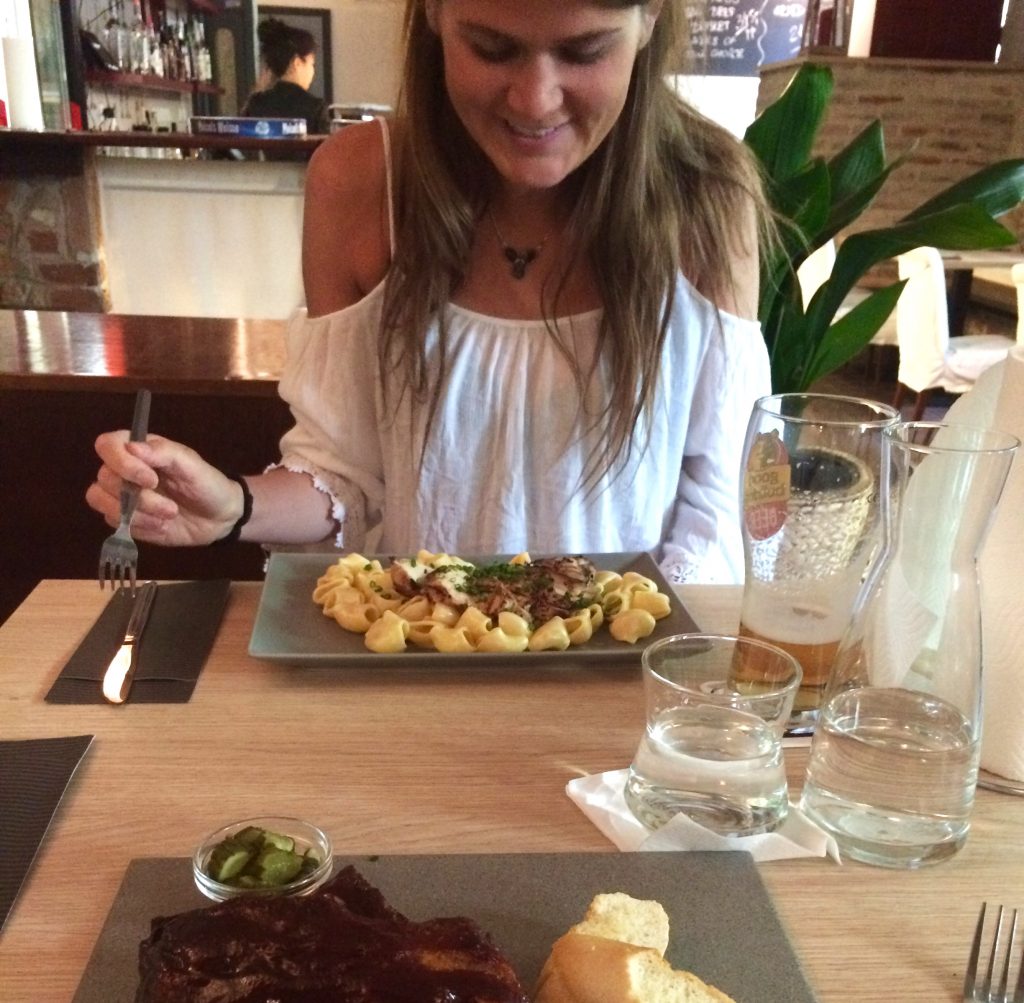 Who wouldn’t vote for a White House full of cheese? Mac and cheese can do no wrong. It’s sole purpose is to make people feel good, something that the 2016 Election has not done. This cheesy dish is traditional, yet innovative. It’s open to adding all kinds of ingredients and does not discriminate for any reason. Mac and cheese represents what America is: a melting pot. People from all different backgrounds can trust mac and cheese to lead this country.