We asked FSU fans what they think of Clemson

…before their crushing defeat

Clemson and FSU have always had a touchy relationship, so I decided to ask tailgating FSU fans what they really think of us.

Maybe I was lucky and happened to meet the friendliest people in Tallahassee, or maybe we don’t have as much hostility between us as we thought.

We asked “What do you think about Clemson?” 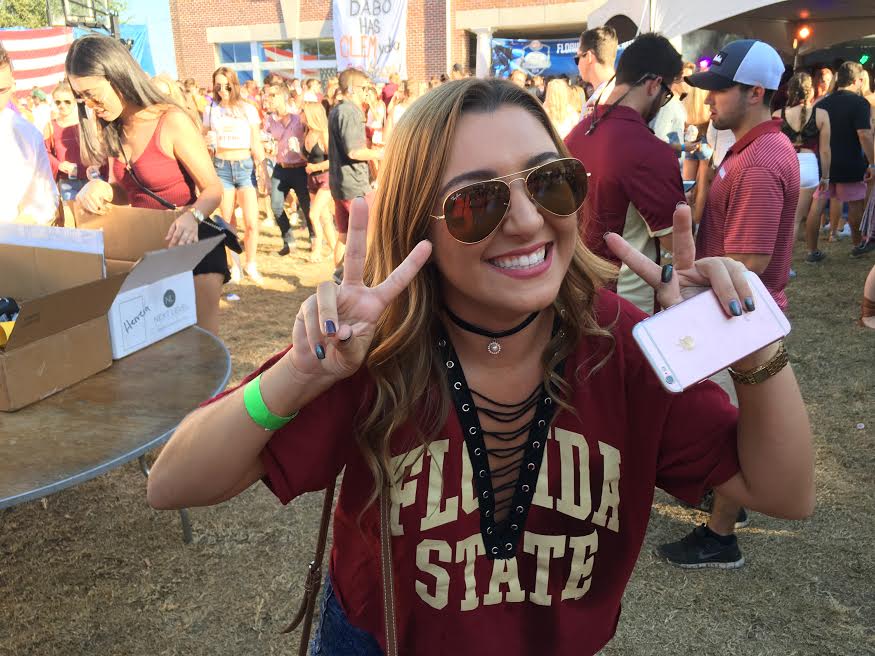 “I got into to Clemson and I enrolled in Clemson, but I changed my mind the day before because I realized instate tuition would help my mom. Trust me, I wish I had gone to Clemson. FSU loves Clemson. You guys are way better than us. You guys come here and are so nice. University of Florida sucks. I’m voting for you guys to win the National Championship. Clemson National Champions 2016, you heard it here first.” 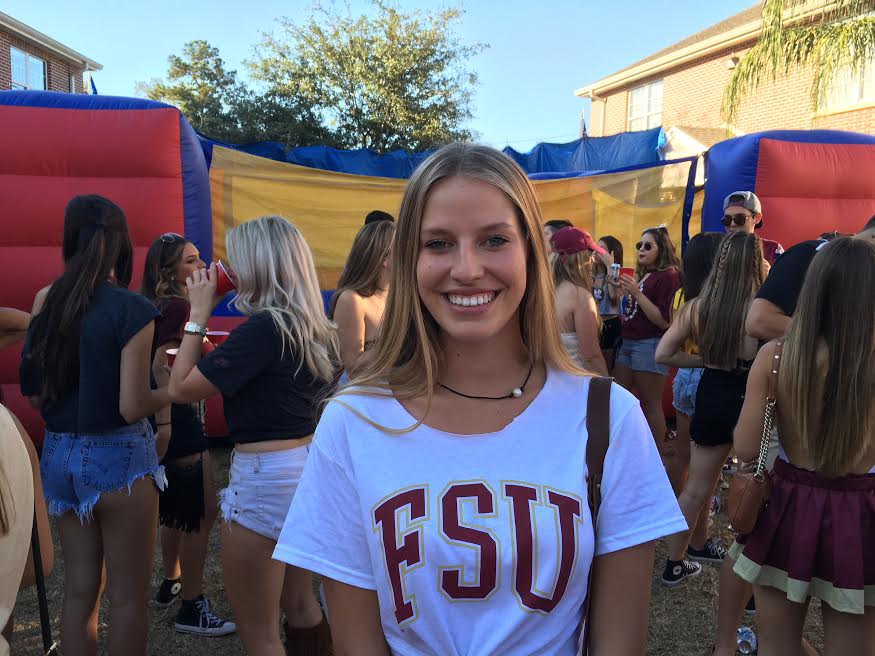 “I didn’t even know about Clemson when I was in high school. I grew up in Miami so I attended Florida State, but we visited Clemson last fall for the 2015 game and oh man, we had a blast. Clemson was so beautiful, and the people were awesome. Clemson’s a great place. Florida State is the place to be, though. Much love, go Noles!” 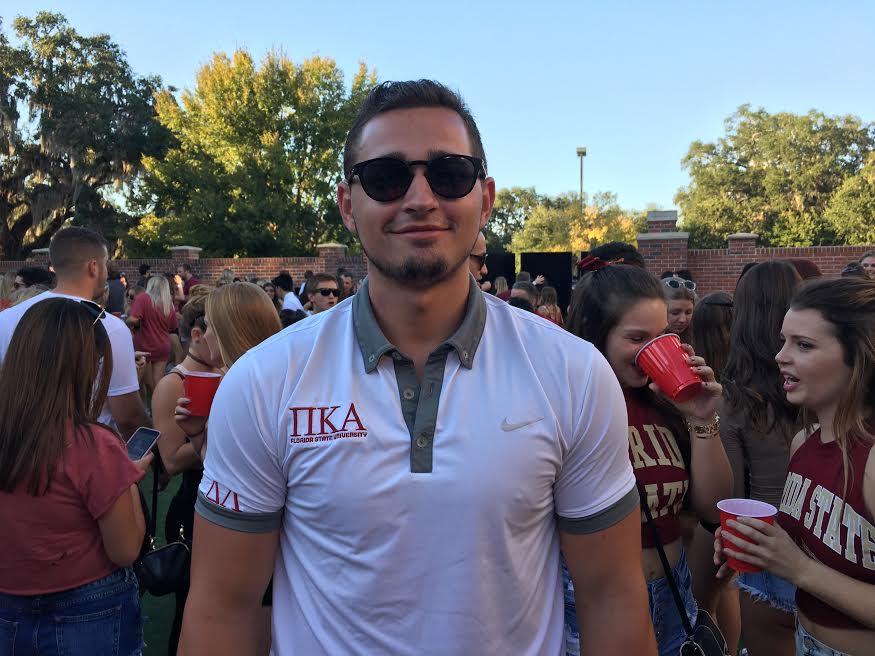 “It’s smaller than I used to think, but from what I know, its your typical ACC team, they’re nice. I went there one time and I like how you have re-entry at your games. It shows camaraderie between your school and your students.” 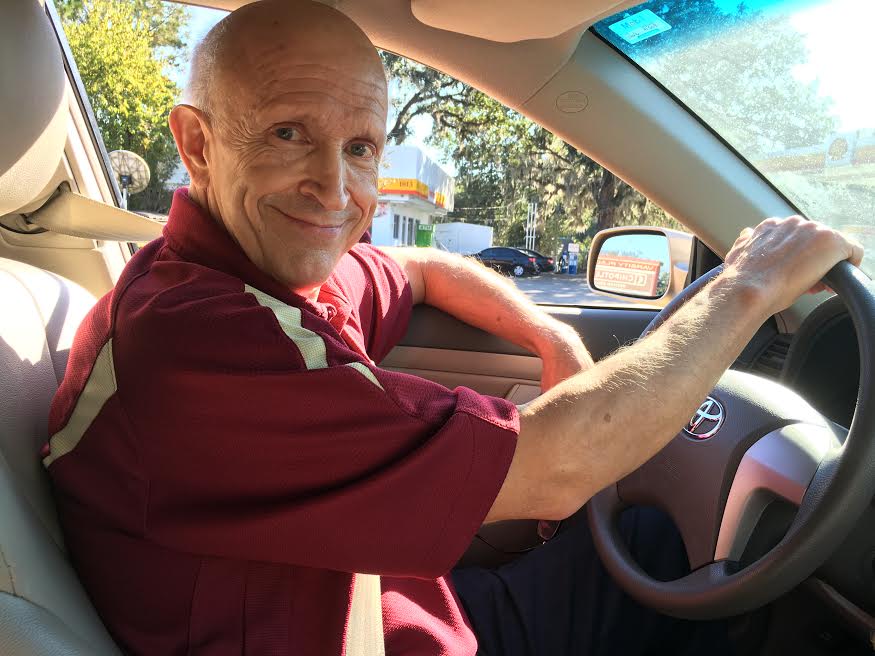 “Full disclosure, I’ve only been to death valley once, it was years ago, I may have accidentally ingested something in a glass. I don’t have many memories, but I have some. The women are sweet, gracious and the women you want to marry. That’s the good news. The bad news is the guys you meet today aren’t the ones you want to marry. But, a girl needs to broaden her life experiences, though, because if you get married you’ll always wonder.” 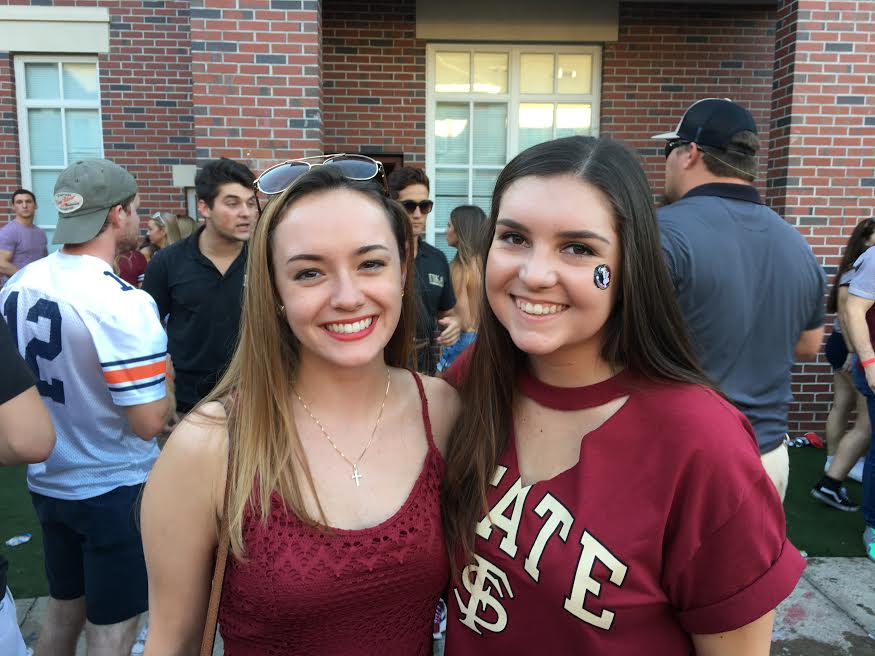 “My grandpa went to Clemson and he always joked about how FSU beat Clemson in football and he passed away in 2015 – the same year Clemson started beating FSU, so I’m actually happy when Clemson wins because I know it makes my grandpa happy!” 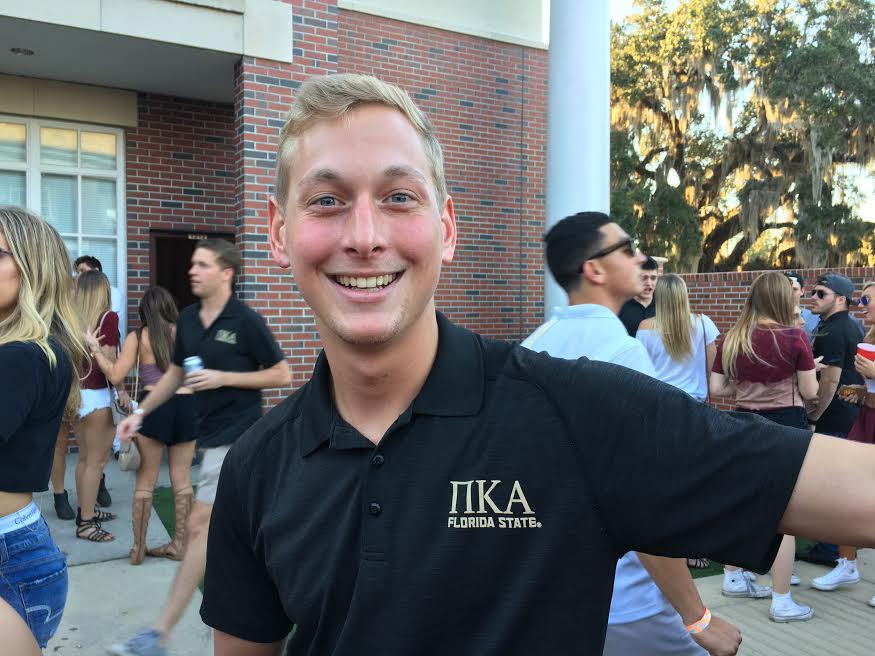 “I think that Clemson is a good school, but I wouldn’t compare it to FSU because it’s two entirely different things. I think Florida State is better in some aspects and Clemson is better in some aspects. I think that our Greek life is a lot more prevalent at Florida State than it is at Clemson. I’m a friendly guy, I would love to be friends with Clemson people. 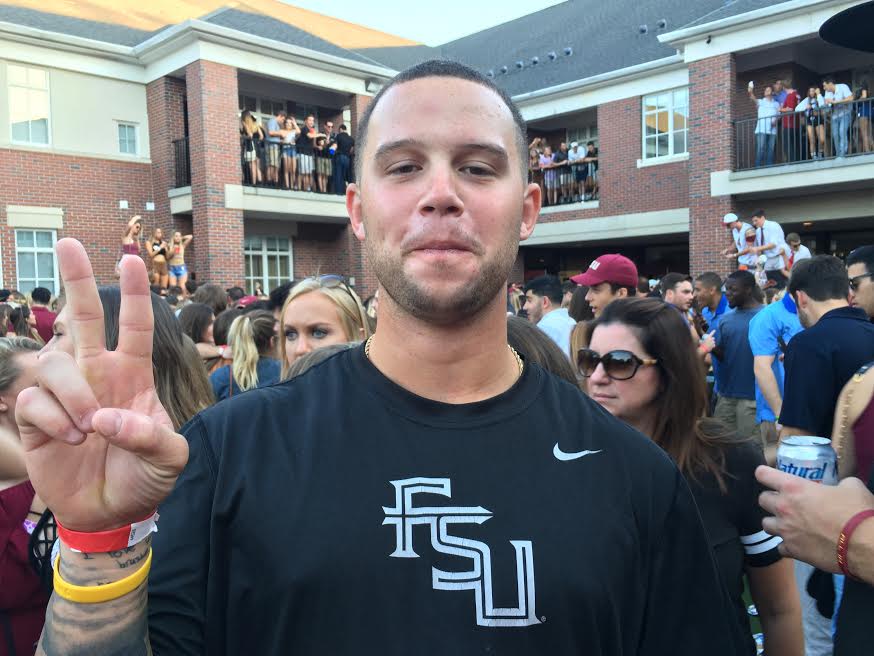 “I really hope they lose, but I love Clemson at the same time because Clemson is a great school. They have great people, it’s close to my home, and they know how to party. And I like to party. My cousin is on the baseball team, Jordan Greene.” 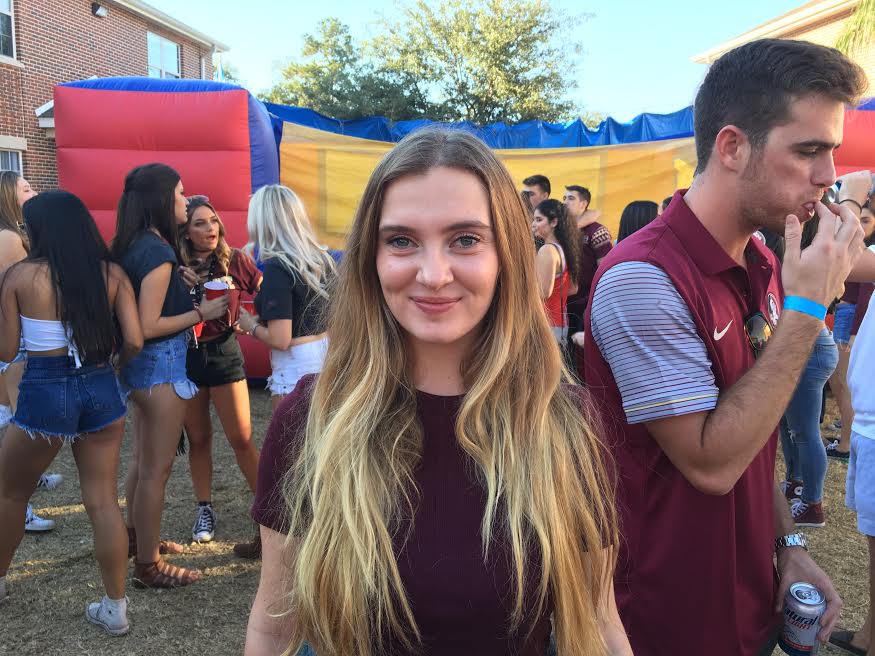 “I visited Clemson, SC last year for the rivalry game with FSU and had one of the most memorable times. Being from Miami, I missed out on so many seasons. Being in Clemson during the fall was life changing for me, especially when I had a chance to check out the botanical gardens. One thing Clemson has that FSU should incorporate into tailgates is the live bands at fraternity houses! I can’t wait to go back next year.” 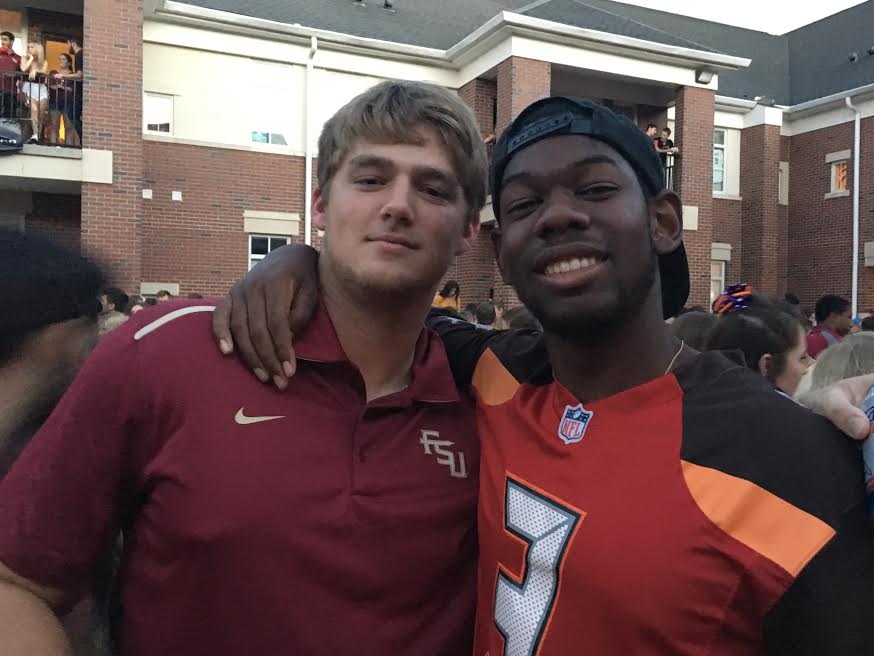 “I honestly feel that Clemson is a great team with a good offense and coaching staff. They’ll win the game if they get off to a fast start and Deshaun Watson is an elite athlete who’s tough to stop against Florida State’s sub par defense.” 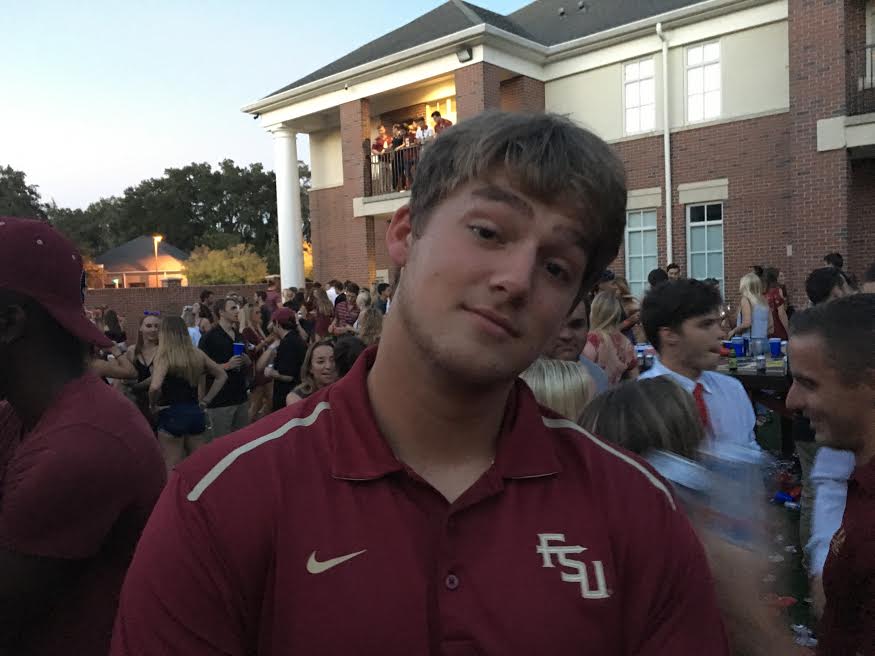 “Clemson is good but beefs to finish games.”