There’s nothing quite like the traditions of Clemson football

There really is something in these hills

You can’t walk past a Clemson University banner or scroll through a Clemson student’s Facebook without seeing the words “there’s something in these hills.” When you’re on the inside though, explaining what that something is to those on the outside is a near impossibility.

Clemson is South Carolina’s pride and joy, but it’s also its best kept secret. Only the lucky ones get to experience the pride and the love that surrounds those who go all in or get to find a second home when they are so far away from their own.

The traditions that bind Clemson together spread all over campus, but perhaps the greatest tradition of them all is Clemson football…and it’s finally back. Game day traditions are really what make Saturdays so special.

Here’s a guide to some Clemson football traditions and discovering what lies beyond “where the Blue Ridge yawns it’s greatness.”

It’s more than a cheer, it’s the fans way of expressing all the love and excitement that’s built up all at once. 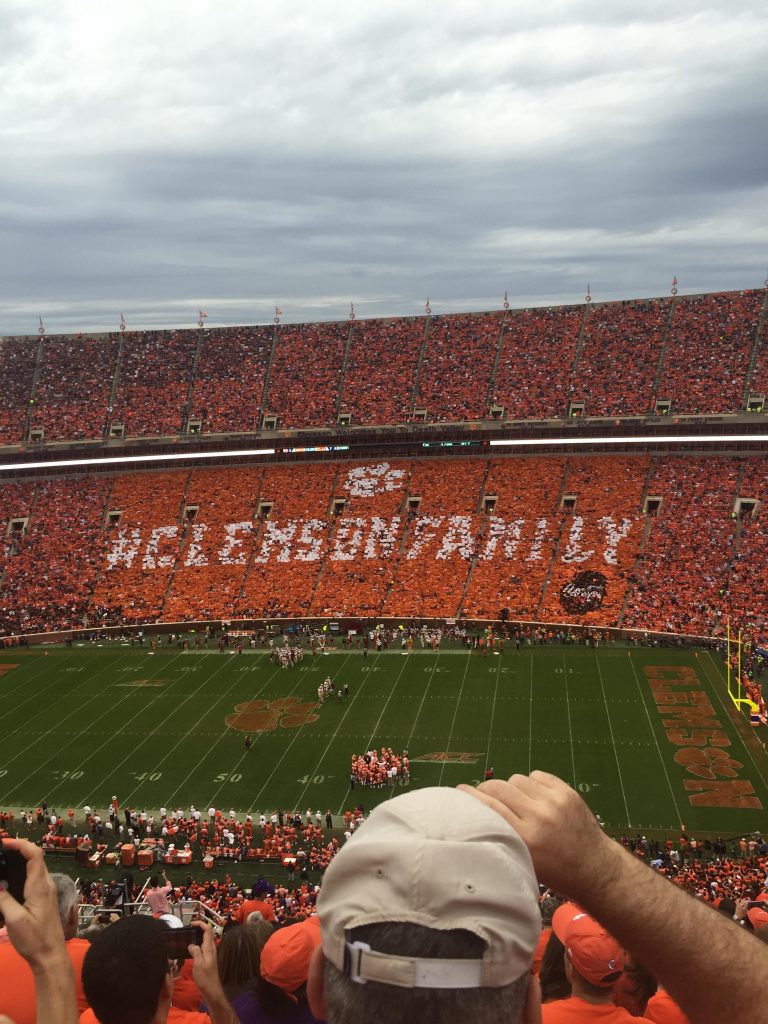 From the moment you step foot on campus on game day, you’ll be flooded by a sea of orange that covers every square foot. Families who drove for hours with their children dressed in cheerleading outfits and tiger onesies surround you. People have completely remodeled ambulances and RVs and set up makeshift living rooms on the lawn. The tailgating at Clemson is a bigger event than most other school’s actual game. 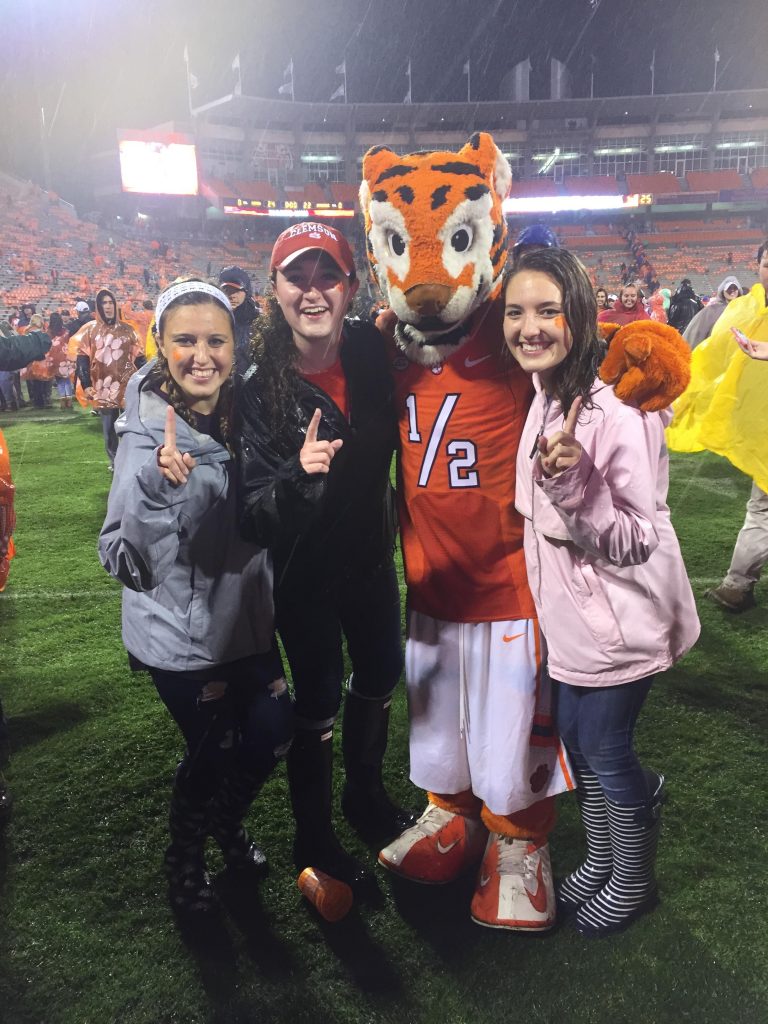 Sung before every game, Clemson fans wrap their arms around each other’s shoulders and express what Clemson, and all that is has to offer, means to them. It’s comprised of beautiful scenes that turn into wonderful, current memories, and it serves as a tribute from all of the fans in honor of their great university.

It has been called “the most exciting 25 seconds in college football” and it does not disappoint. When that bus pulls up, the decibel level in the crowd roars to an unimaginable level. The players unload and flood the top of the hill, waiting for their cue to sprint on to the field. The beat drops, the balloons fly up, they all rub the famous Howard’s Rock, and the rest they say, is history. 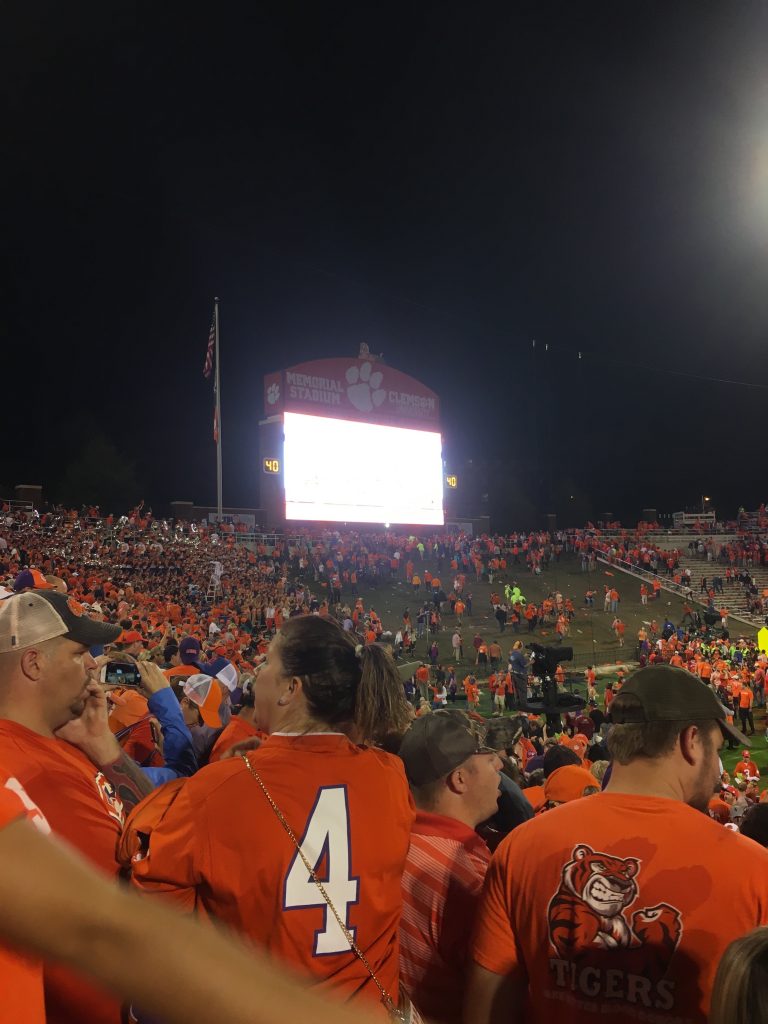 Clemson is a university in its formal state, but it’s a family at its core, and a family that will always rally around its Tigers.