Interview inside the Sikes sit-in: ‘If you are a minority, Clemson’s not a safe place for you’

This is the latest

We just spoke to freshman Jaren Stewart,  one of the many Clemson students participating in the sit-in now happening in Sikes Hall.

Earlier today, he participated in the march across campus.

The doors of the building were locked at 5.30pm, but Jaren gave The Tab an inside look at the sit in inside Sikes.

“Inside the room right now, we have about 120-130 people in this small room. In the beginning there were people sitting doing homework. And then the president just left.”

Jaren, a player on Clemson’s rugby team, said a lot of student athletes are present at the sit in.

“We have several students from the football team, the rugby team. I’m missing rugby practice right now to be here. We actually just started a #WhereAreThey hashtag. You know, where are all our sports?

“There’s been a huge uproar about student tickets. The only time that people talk about injustice is when it’s dealing with football tickets. As much as Clemson loves its football, we also have to love each other.” 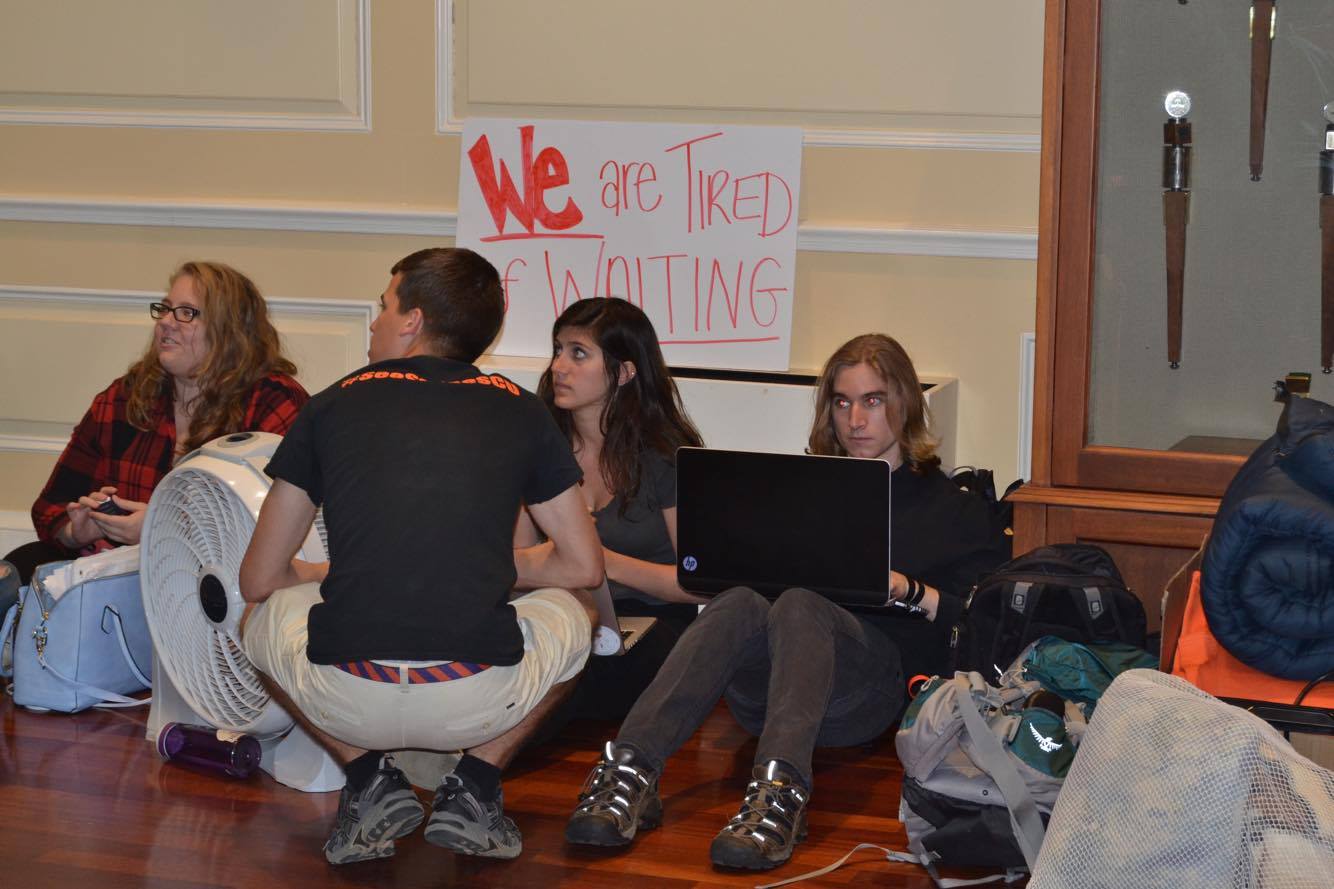 In addition to athletes, multiple professors and graduate students from the English department are in Sikes.

“Students have had exams that they’ve had to move. Some professors have been lenient and some are presently here. Certain faculty didn’t feel good coming because they’re untenured, so it’s really an uphill battle for everyone.”

Individual Clemson students, alumni and even professors, as well as student-led groups, brought pizzas and supplies for the protesters.

“People donated food and blankets to stay the night. It’s been interesting over the last hour.”

Jaren, a Political Science major, said racism has existed for many years at the university, but Monday’s event was the “tipping point.” 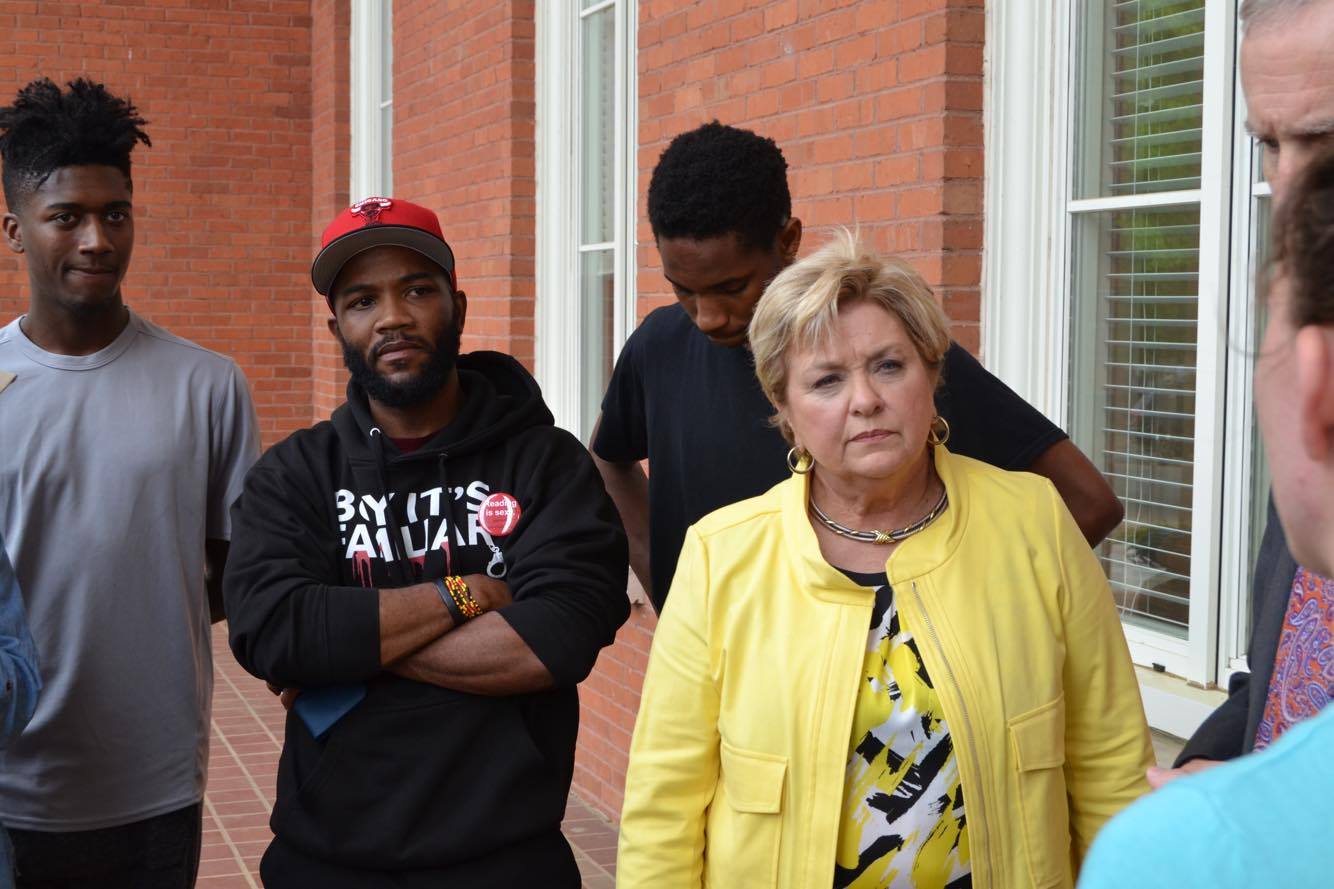 “We’re trying to really foster dialogue. If you are a minority, Clemson’s not a safe place for you.”

Inside Sikes, the room is buzzing after the visit from President Clements.

Jaren said: “We’ve really been stressing that it’s a peaceful movement. I think we’re happier. I think we’re still staying here all through the night, but now that we’re having a dialogue in front of the building we’re protesting in front of, I’d say it’s happy. A lot happier than it was an hour ago.”