BREAKING: Clemson students are holding a sit in to protest racism

Update, 7:26pm: The five students inside – D.J. Smith, Khayla Williams, Ian Anderson, A.D. Carson and Rae-Nessha White – were given trespassing tickets and released. They will appear at campus court – the date has yet to be determined.

Jacks said: “And to you students: I would tell you you’ve got until 5.30 to leave. If you don’t, then I hate to say this, but we will promptly make you leave, which would mean that either one, you might be arrested or – and you would go through judicial process through the Office of Community and Ethical Standards, at that point with a student violation. So I’m only saying that to you.”

Update, Thursday, 9.27am: Students are still occupying Sikes Hall. Doors opened this morning and protesters can now move inside and outside of the building. In an email addressed to Tiger Stripes, Clemson faculty members are organizing a “Hunger for Justice” fast.

Update, 11.16pm: Around 20 students are still inside of Sikes Hall, while roughly 30 people have set up tents outside of the building. 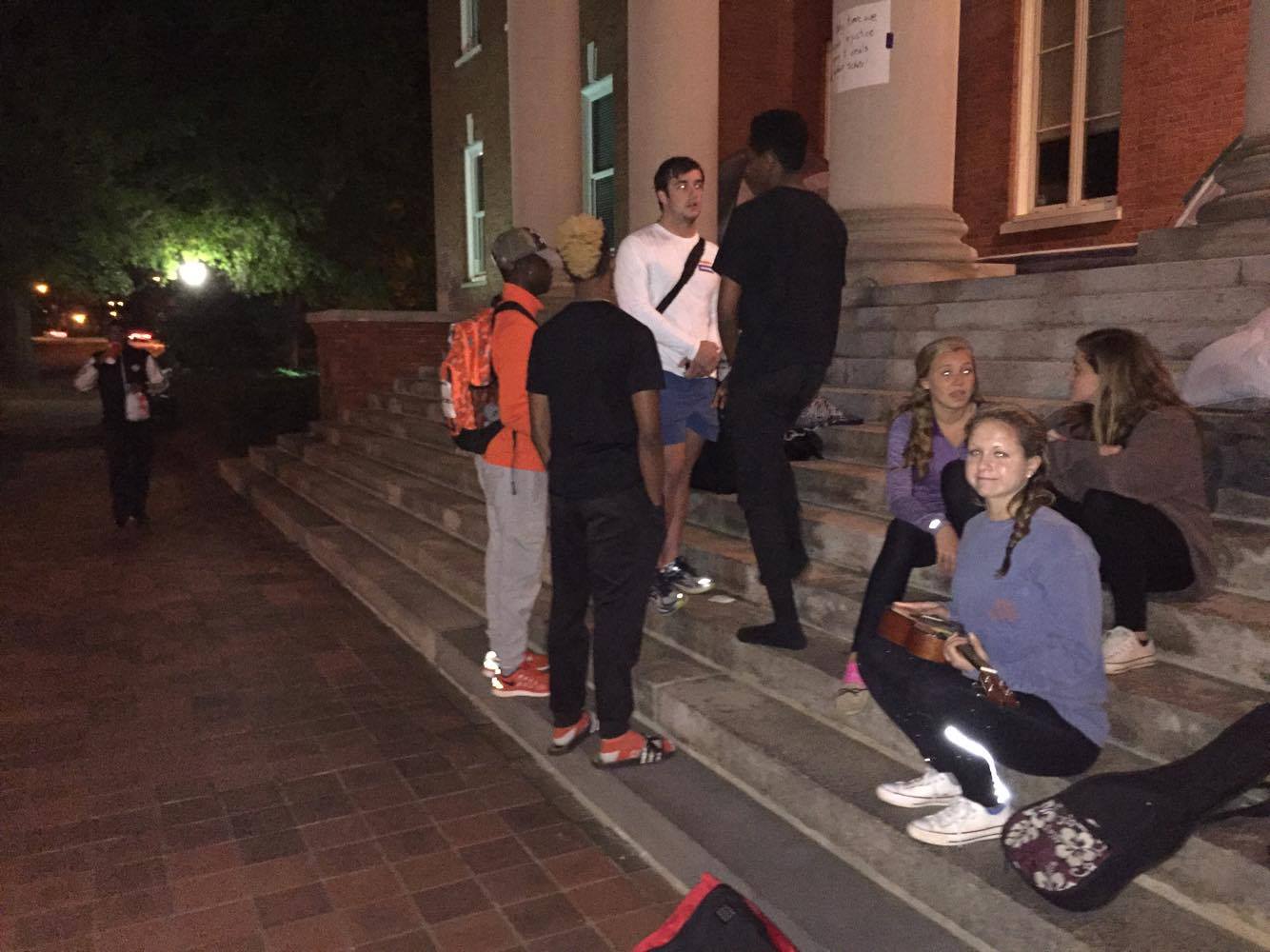 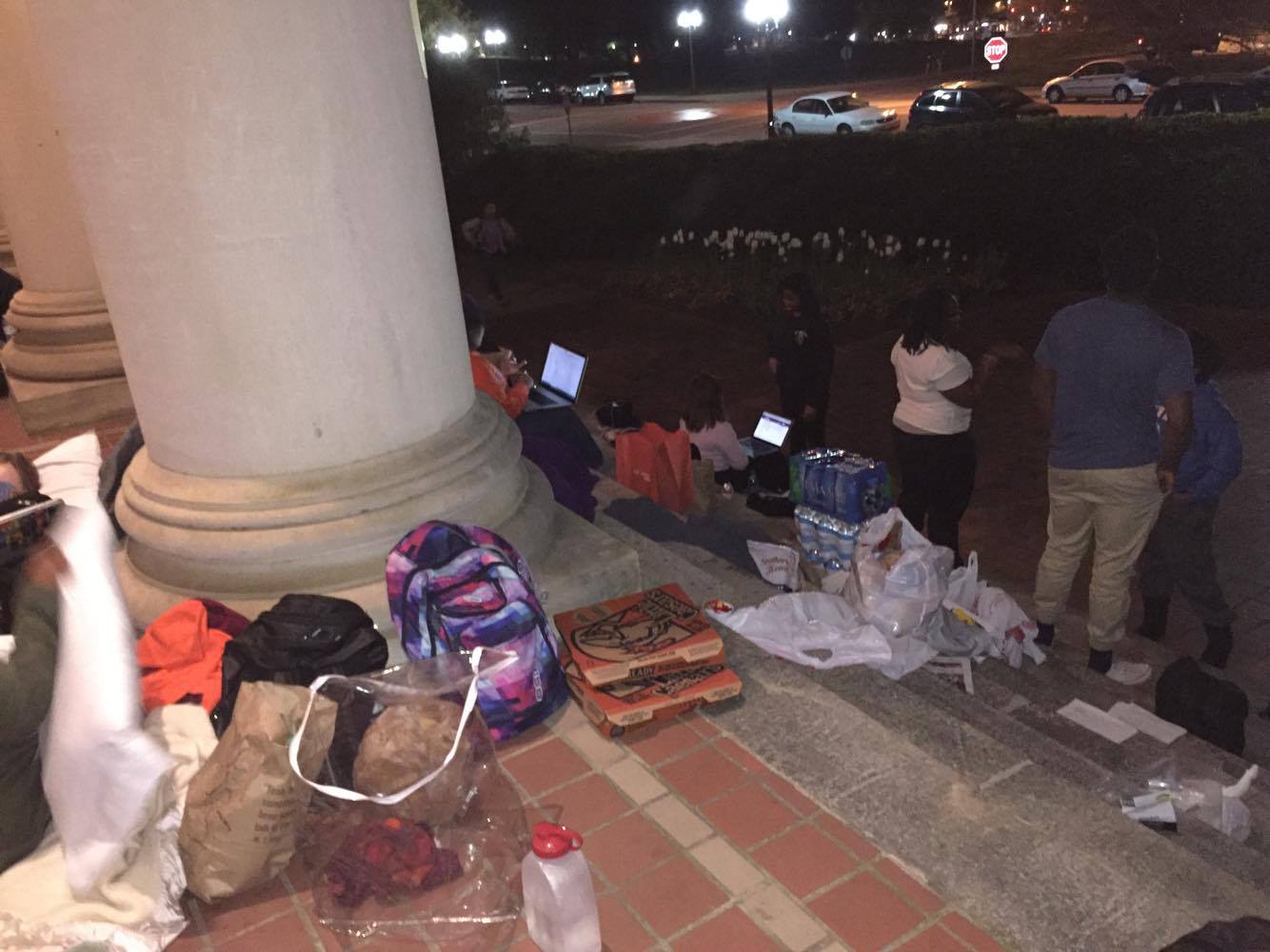 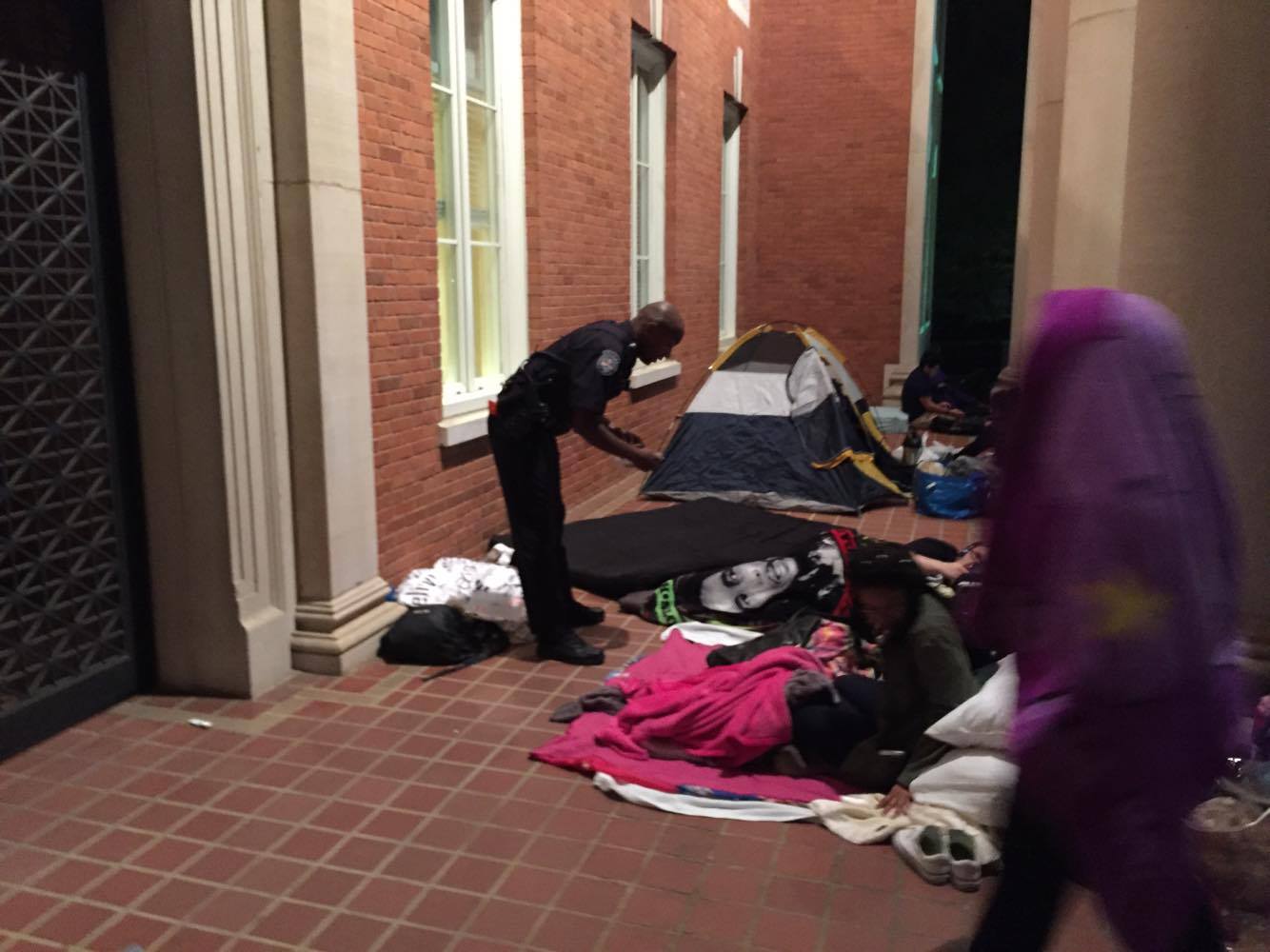 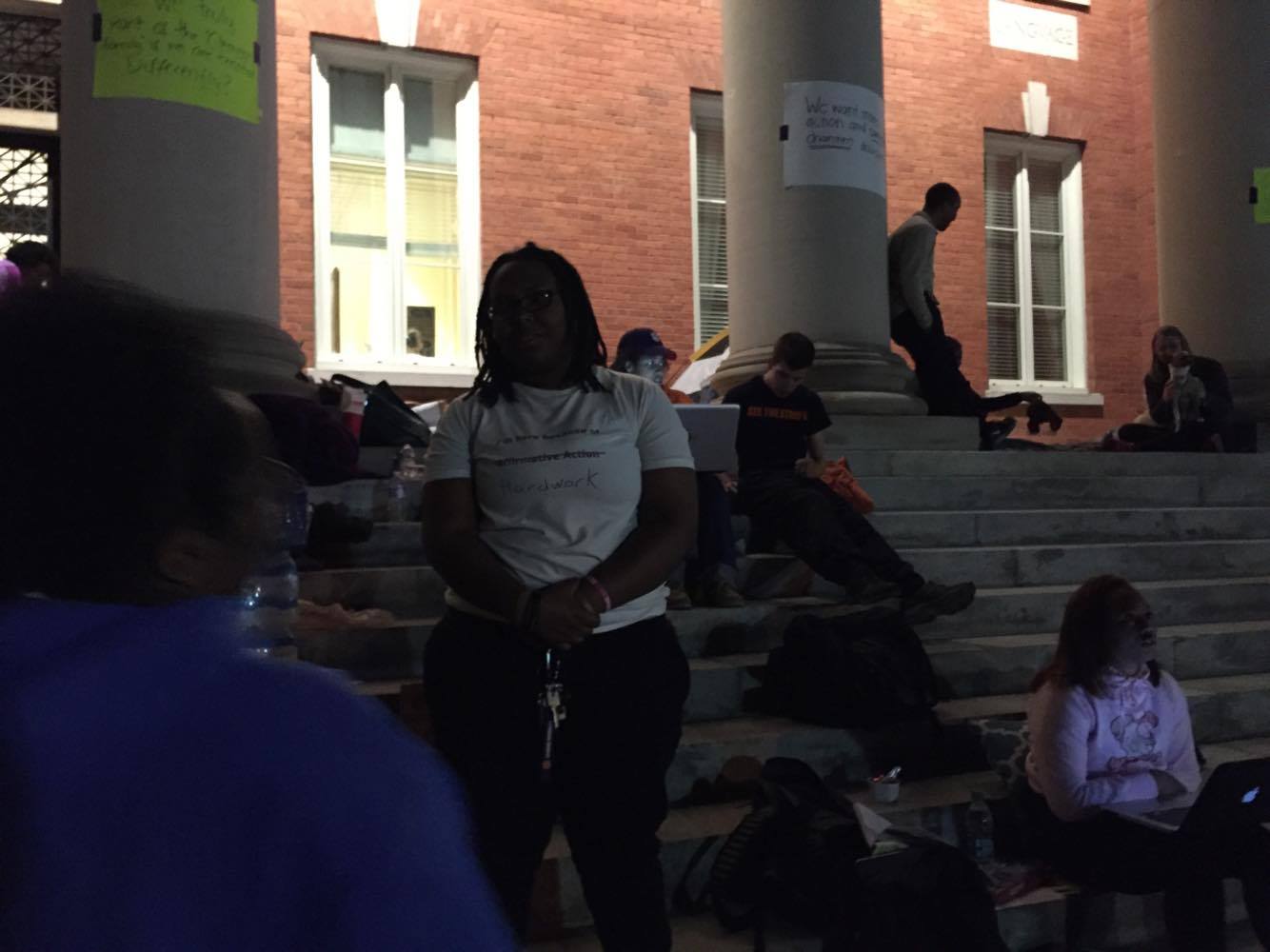 Update, 6.41pm: We just spoke to freshman Jaren Stewart who is participating in the sit in inside Sikes.

Update, 4.27pm: President Clements and administration members have arrived at Sikes Hall. He is currently speaking with students at the sit in.

Administrative representatives have arrived in response to #SikesSitIn at #Clemson pic.twitter.com/PLm2EGl1YK 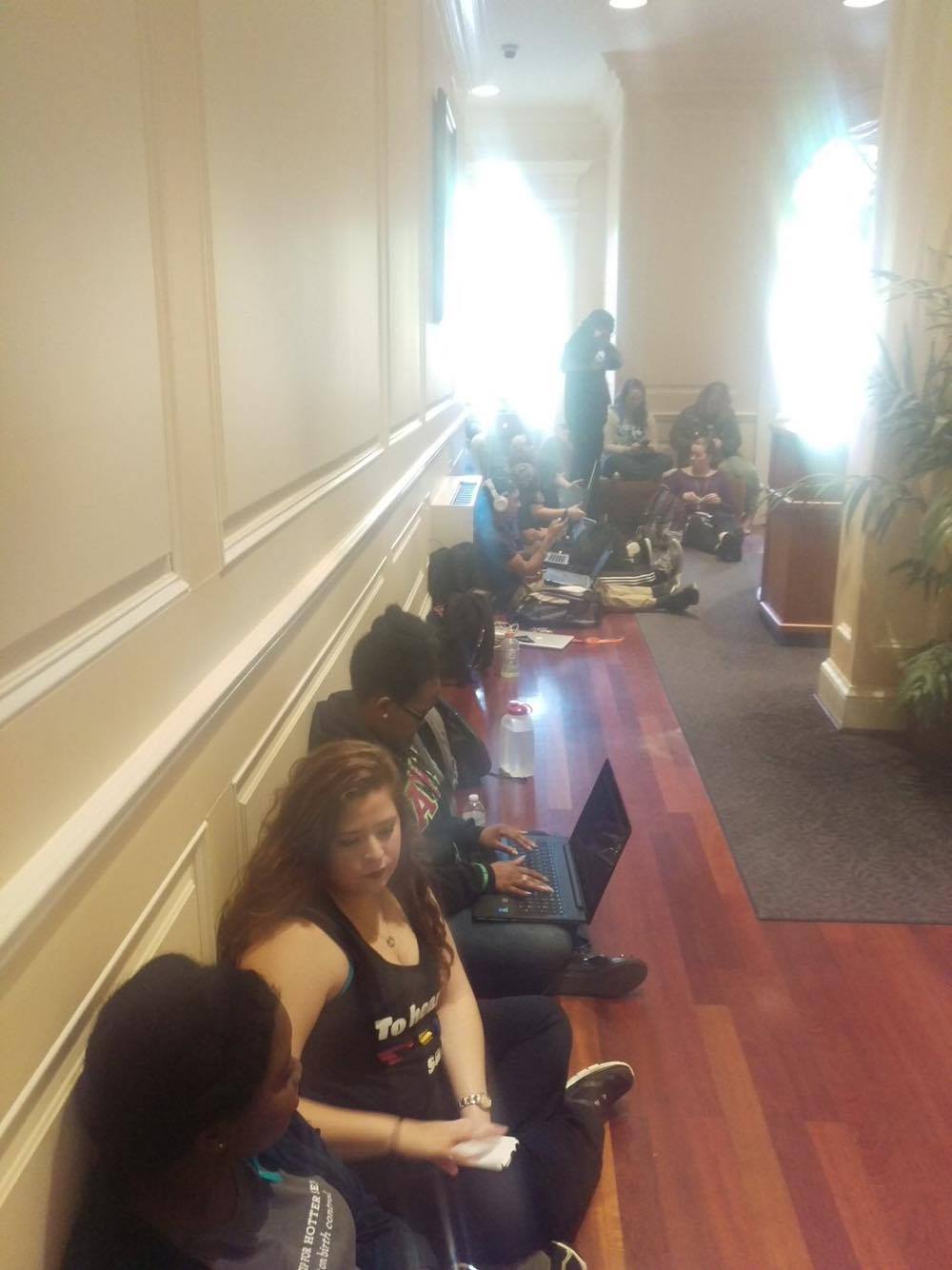 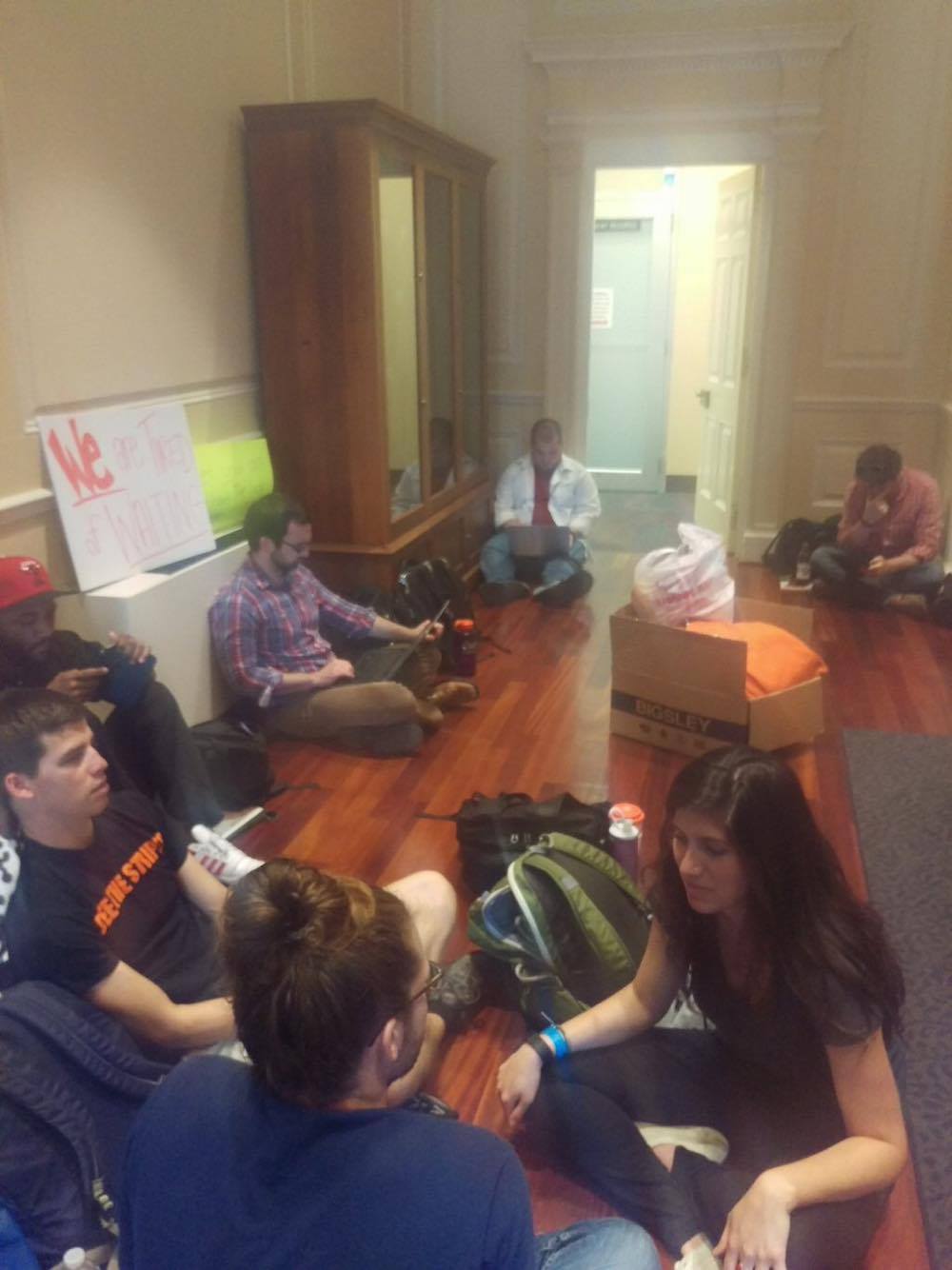 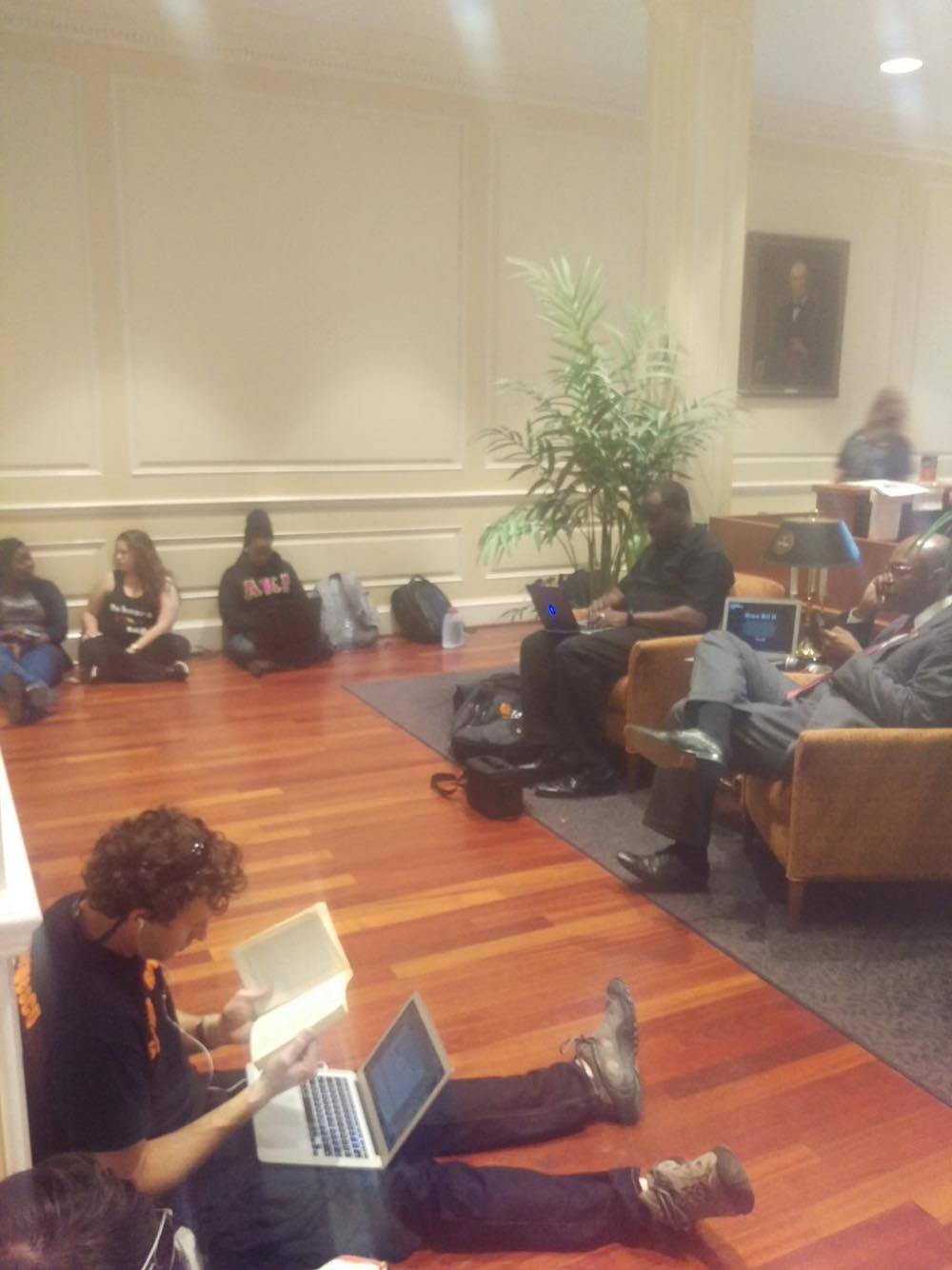 Clemson students have gathered in Sikes Hall in solidarity after an event that occurred earlier this week. On Monday, someone defaced a banner honoring African American history at Fort Hill.

Protestors and supporters at the sit in are tweeting using the hashtags #SikesSitIn and #StudentBlackOut.

The students inside Sikes are displaying a sign that reads: “The only time we talk about injustice is when it deals with football tickets!” Supporters gathered on the steps of the building, but are now occupying the inside of Sikes as well.