‘The students give me hope’

Over the past several decades college campuses in America have been making important strides towards equality for women, people of color and other minorities. Bucknell, with the help of Jordan Ferrari, is working to make sure all people feel welcome.

Ferrari is a sophomore studying international relations who has been working alongside the University to change Bucknell's syllabi and orientation, among other things, in order to make it more inclusive. To find out about her work, we asked her a few questions.

What exactly are you working to do and what are the biggest issues you're focusing on?

So far we have reformed the orientation activity of building a catapult/ tennis ball launcher. Despite being a day before classes begin, we are already seeing sexist attitudes begin to rise as women worked on a poster with the team name and design while we saw mostly males doing the actual building.

We are also looking to expand diversity lectures, as well as the debriefing on activities and the summer reading.

My next step is to shoot for designing a sexual harassment and gender discrimination (as well as ethnic, ability, and how to be a positive bystander) presentation as the curriculum coordinator of Speak Up Bucknell and hopefully delivering that in the ethics seminar of the course.

Also we will be going through years worth of group evaluations (making them anonymous, scanning them into an online program, searching for underlying cases of discrimination and trying to track progress and common trends we are seeing).

Was there a specific incident that prompted you to take initiative?

I came into Bucknell my first semester in the 5 year mechanical engineering and management program and quickly saw that women, POC, and LGBTQ+ students felt they did not belong in Dana. While white men dominate the Greek Life scene and ROTC, it was the same in all my engineering classes. The sexist attitudes progressed to gender discrimination and a feeling of superiority that many women (I don’t want to say female) grad students and STEM professors knew would escalate to sexual harassment in the field because they had lived and seen it.

I took on ENG 100 because that is where it all starts: the orientation, the “ethics seminars,” the “diversity,” the design projects, and the “self selection.” I started here because no one else was. 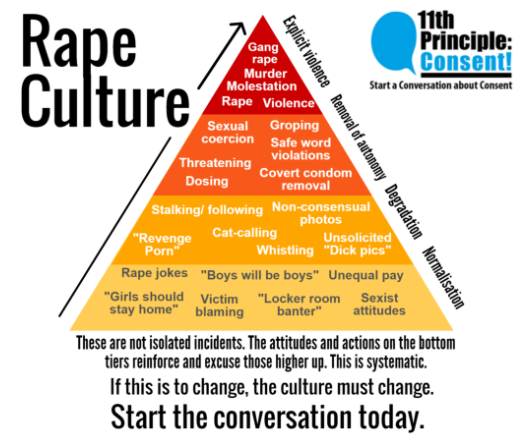 The principle of rape culture

How do you think Bucknell compares to other schools in America with regard to tolerance and discrimination?

The only thing I can speak to is our sexual misconduct and Title IX program. I thought coming in that it would be a lot worse. With greek life and everything I just assumed the school didn’t take action or something like that, but the school is sort of badass forcing students to take responsibility and kicking students (who’ve committed sexual assault) out.

Have you been met with resistance in this process?

Surprisingly not as much as I would have thought. The classic cisgendered straight white male engineering student has definitely been “annoyed” but the professors have been great.

They know they need to educate themselves on how to make the class more inclusive and have conversations they’re uncomfortable with. I would’ve rather seen the more privileged student (obviously the white male) be more open to the change and be a positive bystander and stick up for women, but that hasn’t really happened. Though, I guess that’s sort of expected. It’s mainly just the denial of an actual problem. Jordan and her sister

Who are you working with?

Professor Wittie, in the computer science department, is in charge of the ENG100 program this year. Of course within it there are different professors working on different seminars but she’s sort of the face of the program.

And so far, Morgan Miller and Brooke Schechter, along with my SpeaK UP peers, Maddie Liotta and Harper Stewart have shown interest in joining the cause. I’m not sure who will really help but at least they support it.

Was the Facebook group, Bucknell feminists: the sisterhood and allies, created for this purpose?

There’s no feminist sanctuary/community for intersectional feminists as a whole. Where they feel comfortable and have a voice and can see progress being made. I think having this online group of not only the sisterhood but also the allies who are there to support us and understand us it not only gives us hope for the future but lays a foundation for students who are there not only to be that catalyst for change but also for this new era (after the election everything's changing).

Who at Bucknell, if anyone, has been part of your inspiration to undertake this project?

Professor Gilmore. When we did a group project…I was the only woman. The group I was in didn’t really let me help and sort of shunned me out of the whole project so I just did the whole thing by myself assuming they didn't do anything. But once I went to their room and saw them working and I wasn’t invited. During the group evaluations I told [Professor Gilmore] what happened and he immediately invited me to his office and said 'No this is unacceptable,' and read between the lines that it is discrimination.

Seeing him be that person, I knew he was gonna be an ally. Then he came to PPR and he killed it at PPR. He was crying because for the first time he saw a student of color stand up and say 'I don’t feel comfortable in DANA'. He’s definitely that person to understand when to voice your opinion and when to let others have a voice. If every single professor was like him I don’t see why anyone wouldn't want to go here.

What is your ultimate goal?

My goal is to make the College of Engineering more inclusive for women, and to become a less gendered space. Not even just women, it could be everybody. Just trying to bring the college together and give women a space they can have and a voice. The Society of Women Engineers…they don’t even have a lounge, they don’t even have a space. That’s just ridiculous. 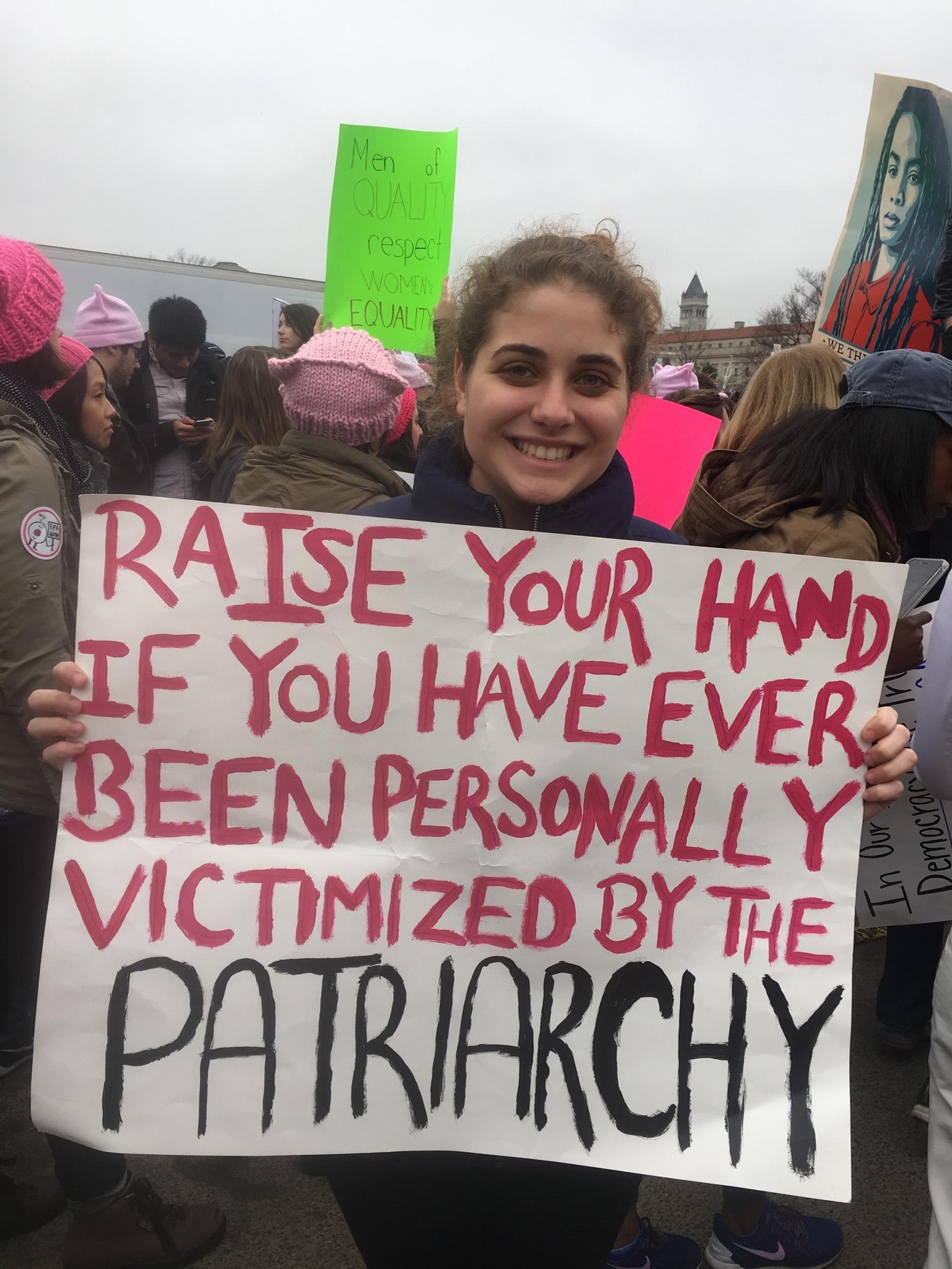 Jordan at the women's march in Washington DC

Do you think Bucknell is headed in the right direction?

The students give me hope.