All campus just got an email

Psafe just sent out an email to all of Bucknell reporting that:

“Buffalo Valley Regional Police Department (BVRPD) is investigating a stabbing that occurred late Saturday in the area between St. Louis and Market Streets, between 6th and 7th Streets. No Bucknell students were involved in the incident.”

According to the email, sent out at 11:51pm tonight, “the suspect is not yet in custody, and BVRPD asks that individuals avoid the area for the time being.”

As said in the email, “According to BVRPD, this was not a random act; the suspect and victim know each other, and investigators are familiar with the alleged suspect.” 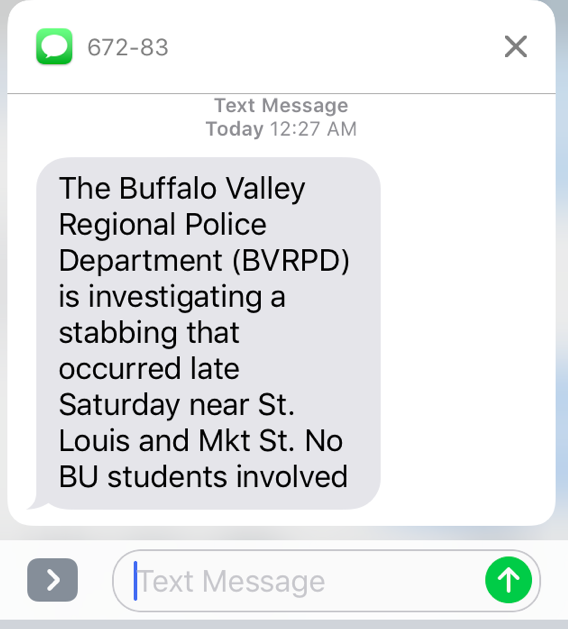 A Bucknell University text alert recently came in at 12:27am, confirming the incident and further warning students.

Bucknell Students received another alert at 9:00am stating that “BRVPD [is] still investigating last night’s stabbing. The suspect is not believed to be in [the] immediate area.” 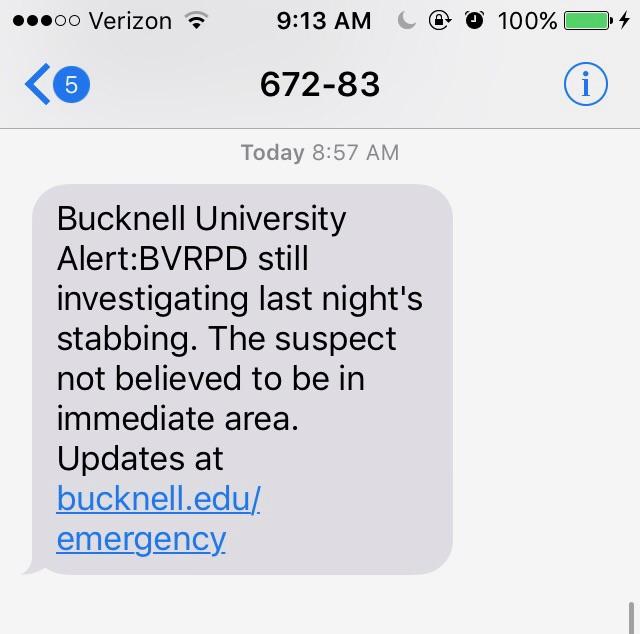 Bucknell University students received another email at 8:36 this morning with updates on the incident:

“BVRPD has now identified the suspect as Terrel Jordan from Northumberland. Though investigators believe Jordan is no longer in the Lewisburg area, he is not yet in custody.”

Unfortunately, “According to the Buffalo Valley Regional Police Department (BVRPD) the victim passed away over night.” 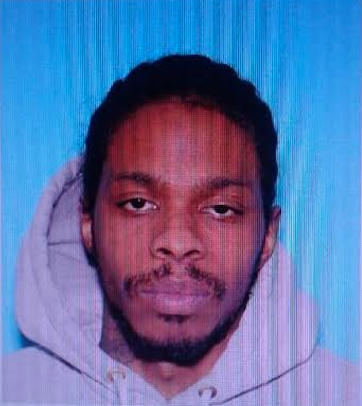 Any students concerned about the situation can contact Psafe at 570-577-3333.

The Tab has reached out to Buffalo Valley Regional Police for comment.