KKK leaflets praising white pride and listing contact info for the local Klan were printed in a Pennsylvania newspaper yesterday.

The Press Enterprise, a newspaper serving PA, covered a story about the presence of KKK flyers found in Berwick. They put the article on the front page, but printed pictures of the flyers on the back, leading some people to think they had advertised the Klan.

They flyers say: “East Coast Knights of the True Invisible Empire: White pride doesn’t mean hate! It’s OK you can say it! I’m proud to be white! There is no need to feel guilty because of the past! If that offends you your [sic] racist.” 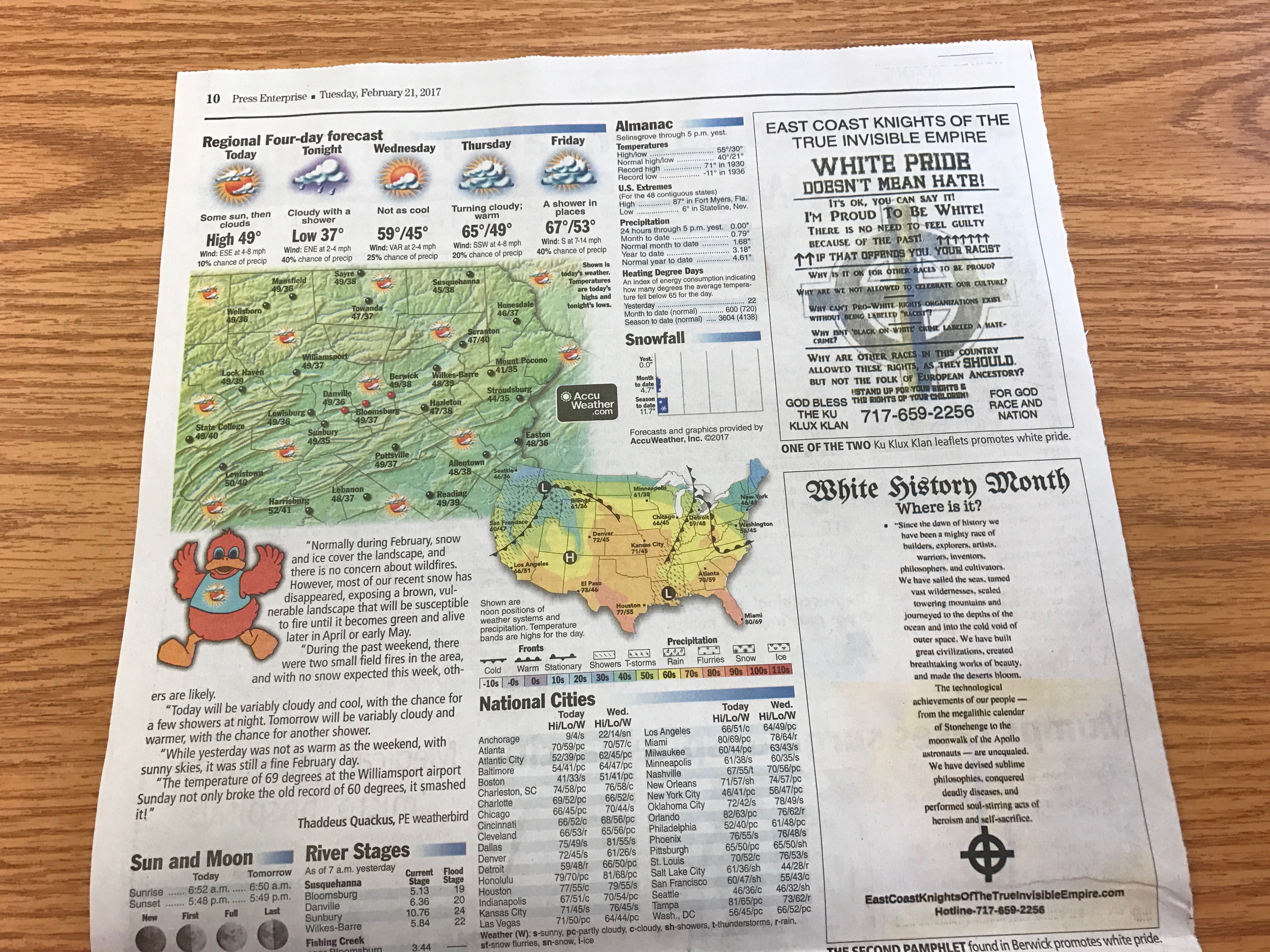 The placement the flyers, at first glance makes it appear that the newspaper has given ad placement to the KKK, angering some readers.

Why was the KKK given FREE prime ad space, 10", 2 columns in today's PRESS ENTERPRISE (Bloomsburg PA)? Ethics anyone? #resist #stophate

Pete Kendron, Managing Editor of Press Enterprise, told The Tab of the newspaper’s decision to include the flyers, saying:

“We decided to run photos of the flyers because we felt that the community should know what their neighbors had received. There’s a value to knowing even odious points of view, if for no other reason than to be able to fight against them. We ran them in their entirety, with a story outlining a recipient’s dismayed and righteously angry reaction to them.

Regarding their placement, the photos of the flyers ran directly above the jump of our front-page article about them. They were clearly cutlined as photos, not ads.

Some have questioned why we didn’t blur or crop the phone number out. That would have been a fig leaf. While reporting on the story, our writer – who knew only the name of the group, and hadn’t yet seen the flyers – was able to find its website and phone number within minutes. Anyone who wanted to join the KKK based on that flyer would have found the information on their own.

And readers who didn’t want to join aren’t going to be convinced because a phone number appeared. In fact, some of them may want to voice their own opinion to the KKK.”