It seemed too good to be true

We’ve all been there; you spend hours getting ready for the perfect night out. Your winged eyeliner is even. Your hair looks like you put enough effort into it, but not too much. You’re wearing your favorite black romper from the Kendall & Kylie collection. And your Snapchat story is up to date. 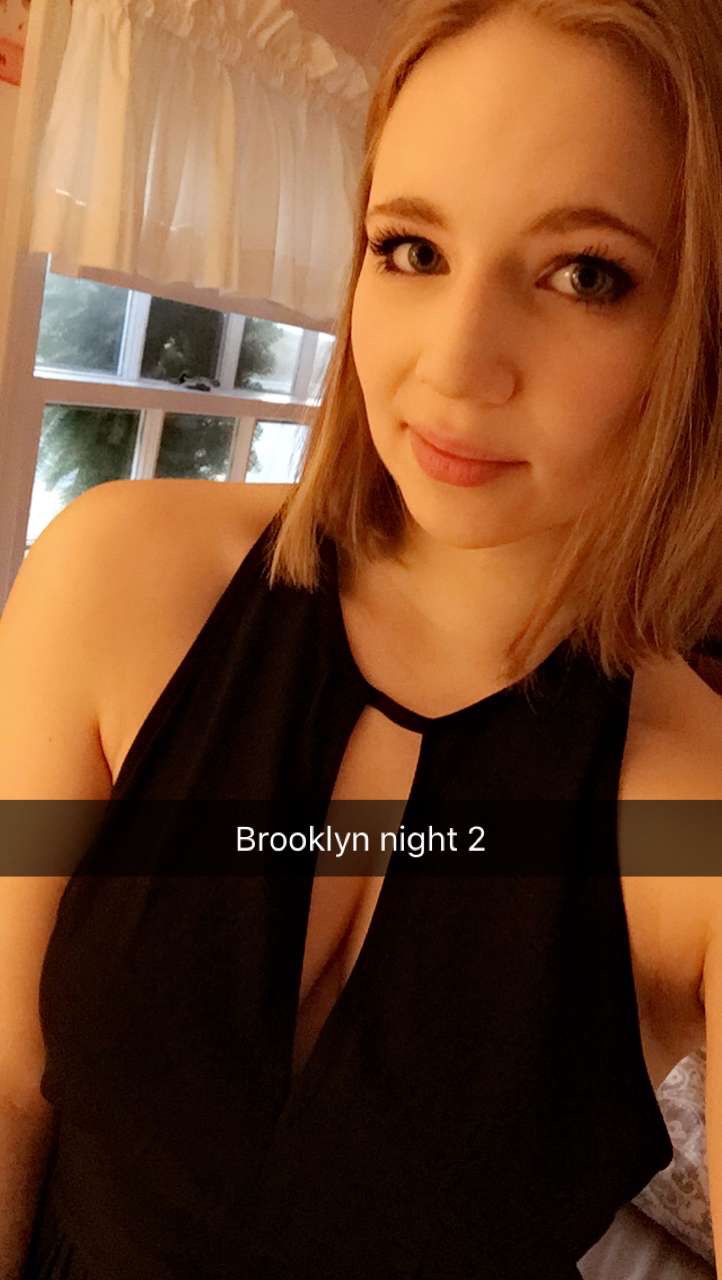 But, oh god, what do you wear for shoes? Like all of us ladies, you’re stuck choosing between the comfortability of flats and the impending pain of heels.

But what if there was a way to get the fun of heels without the pain?

According to recent beauty trends and Who What Where, there’s a way, and all you need is a roll of tape. Apparently, counting from your big toe, taping your third and fourth toes together alleviates the pain.

It seemed almost too good to be true. So naturally, I had to try it.

Because I’m 5’10” and barely own large heels to begin with, I chose to test it with my cheap “going-out” boots. They’re only about 2 inches tall, but after a night out of dancing, they can still be quite painful. 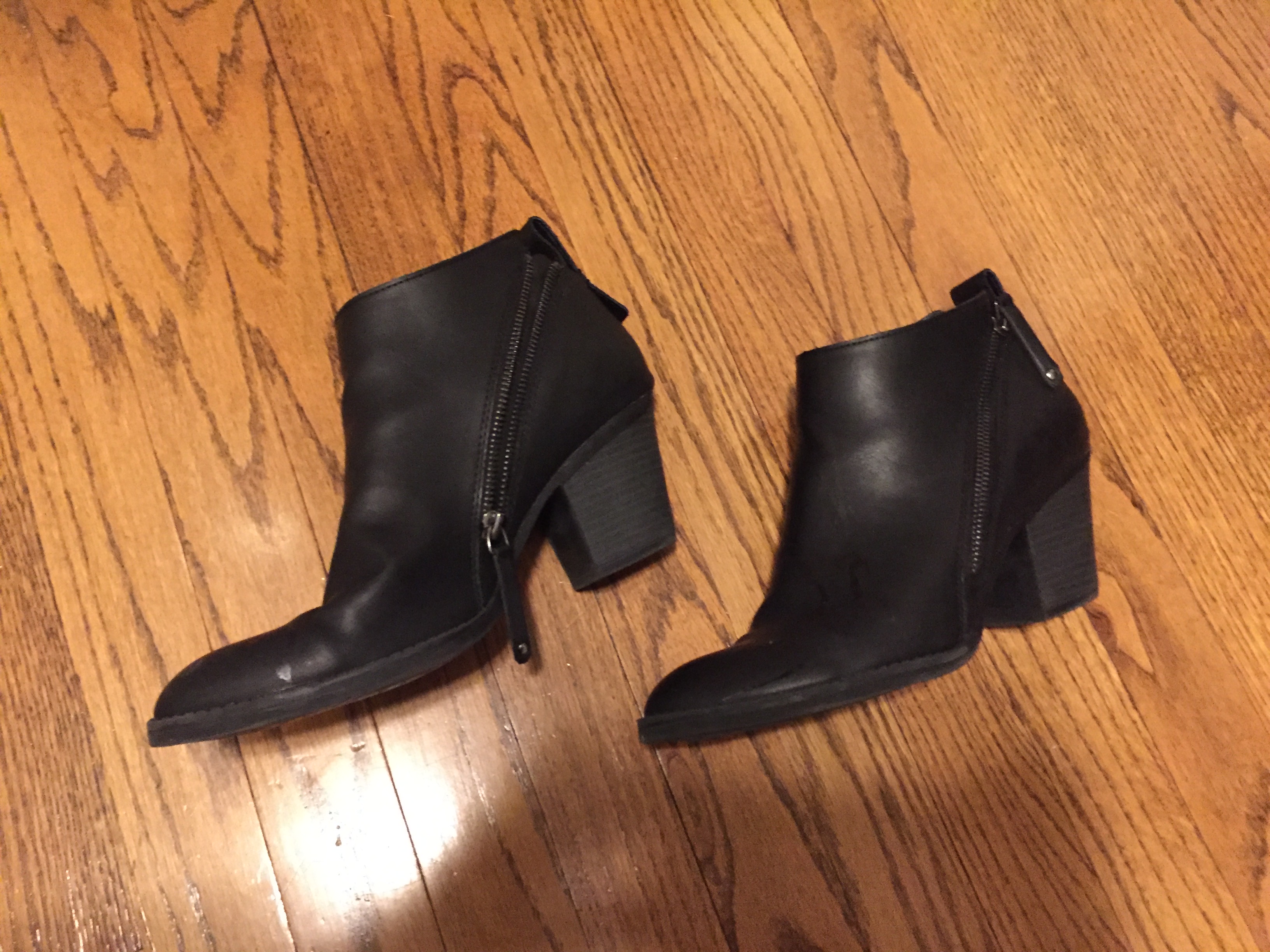 Rather than tape, for comfort’s sake, I chose to secure my toes together with Band-Aids. I wrapped two around each set of toes, alternating the way they were facing, which guaranteed my toes would not be separated.

And just like that, I began my night out in New York. 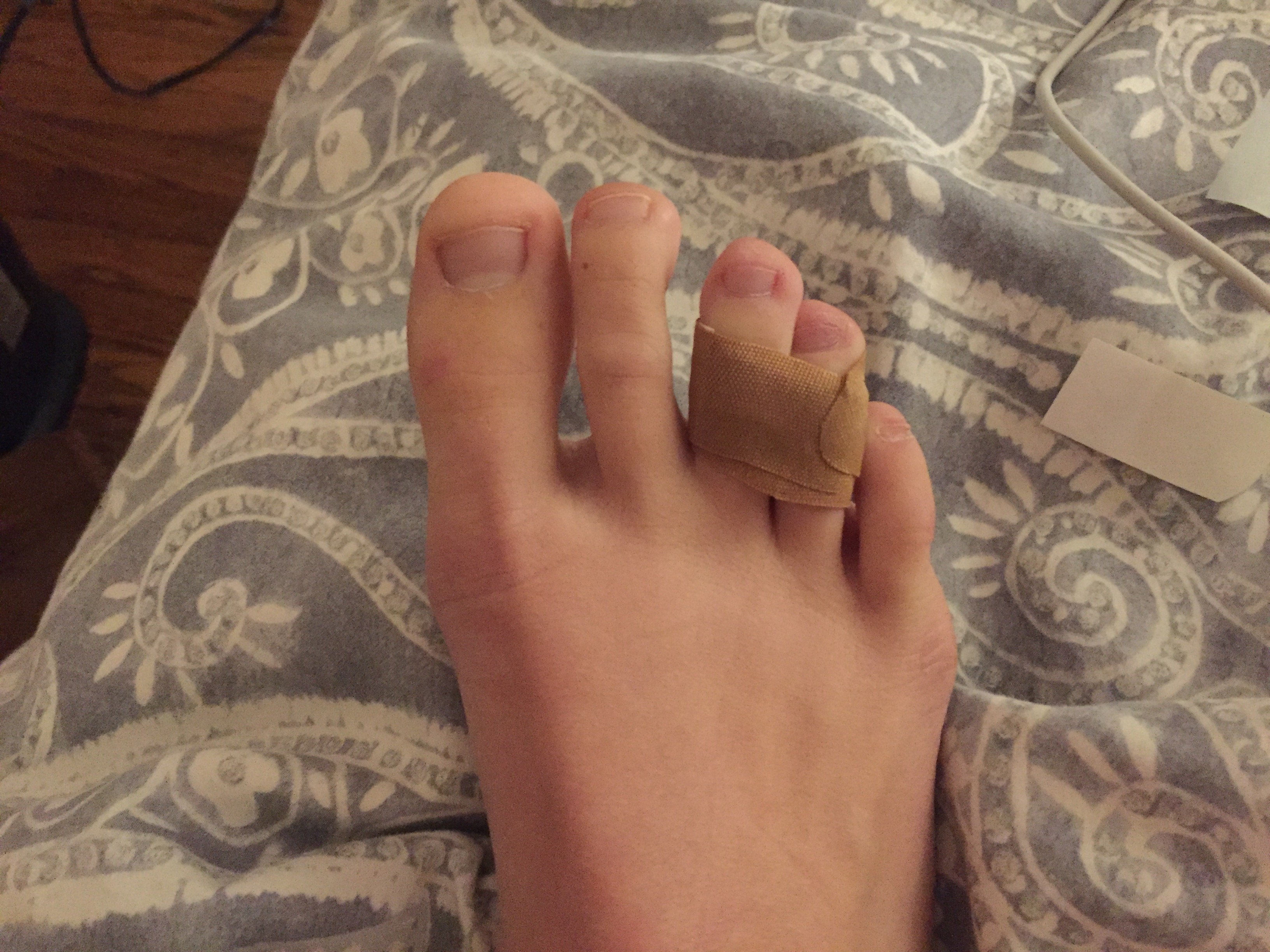 If you can get over the feeling, the initial pain is nonexistent

The minute I slid on my boots, I was hyper-aware of the feeling of my toes being stuck together. The Band-Aids also made the toe of my boot fit a bit snugger, but other than that, it felt great. My feet certainly didn’t feel the initial shock that comes with putting on heels.

Standing on the train was pain free

In my own experience, the most painful part of wearing heels isn’t walking, but rather just standing still. The tape took most of the pressure off the balls of my feet and grounded me in my heels. Despite the rocking of the train and my constant need to readjust balance, my feet felt good. 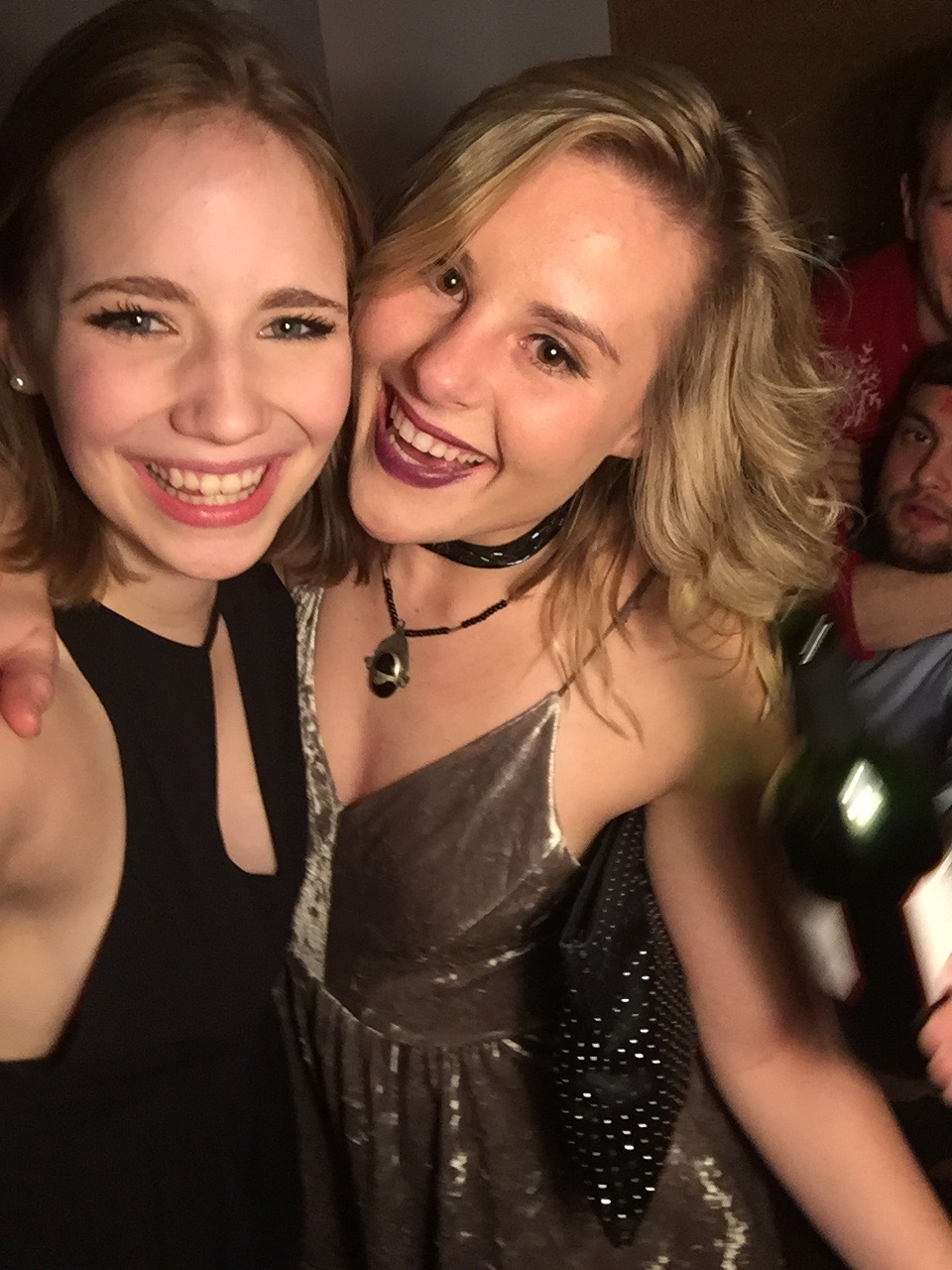 I’ll admit- it’s my own fault for thinking that running in any sort of heeled shoe would be comfortable. But, I was so fascinated by my new pain-free, taped, setup that it was worth a try. (Not to mention-I was trying to catch the next E train). Unfortunately, running through Penn Station was just as painful as ever, and I still missed my subway.

Maybe it was the residual pain from running, or maybe it was just the constant movement, but dancing in my taped heels wasn’t much different than dancing regularly. The pain seemed to come more from my heel and my big toe rather than the ball of my feet, but the experience wasn’t entirely pain free, as I had been promised. 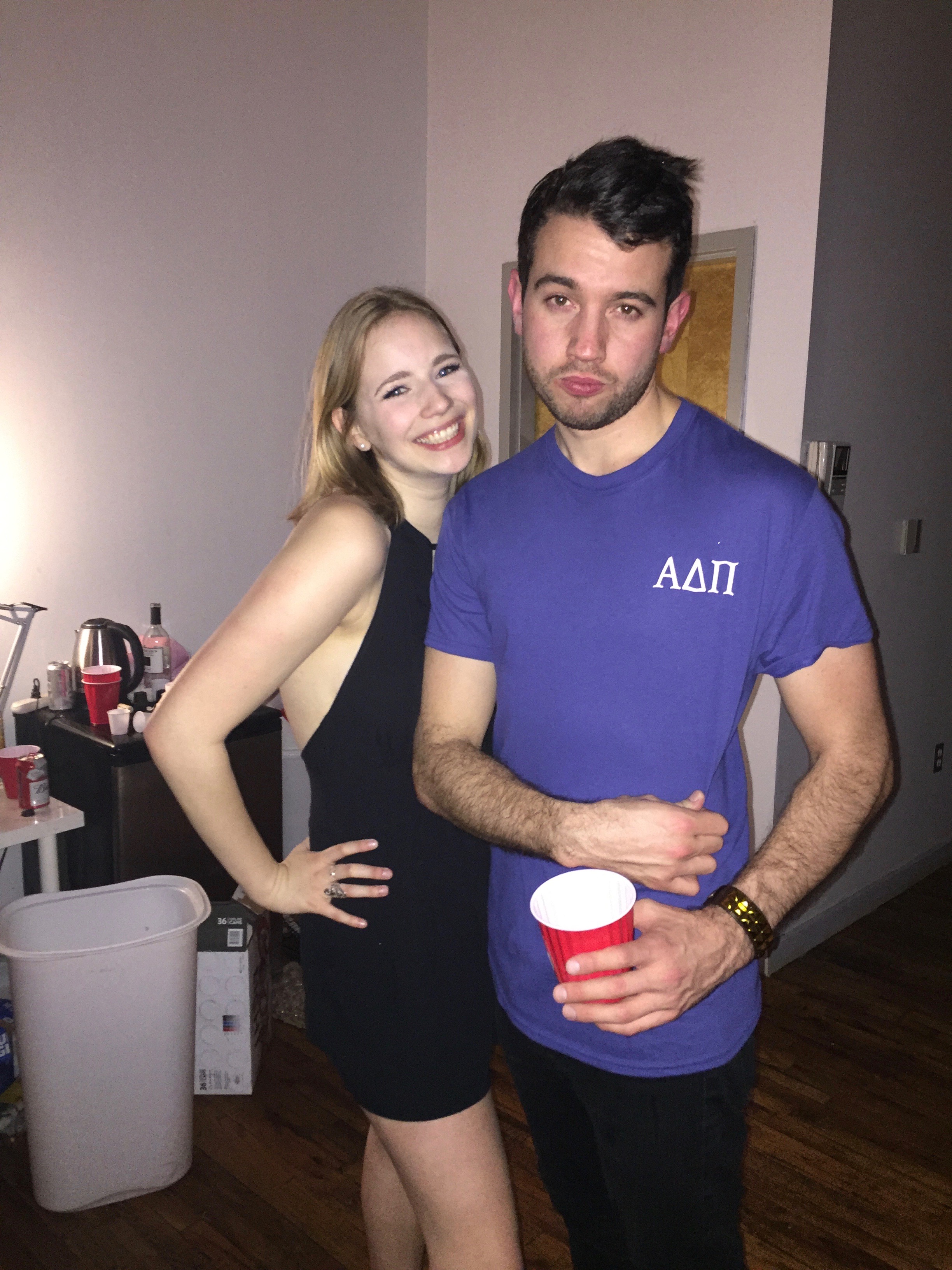 By the end of the night, my feet were still throbbing

On my train ride home, I got lucky enough to nab a seat rather than standing, because, honestly, my feet hurt. I’ll admit, there could have been other factors that caused my feet to hurt. Maybe my cheap shoes don’t fit well, maybe the running did me in, maybe I don’t wear heels enough to build up a tolerance. Who knows.

Yet, despite the pain at the end of the night, I was still amazed by the lack of the pain at the beginning. I’m not going to give up entirely on the toe-taping trick, but in the future, I might pair it with a pair of Dr. Scholl’s inserts.

They say beauty is pain. But I’m starting to think there are couple ways around it.