March for Our Lives protest: ‘We have to remember this is a movement, not a moment’

Over 100,000 demonstrators rallied in Boston Common today to listen to fervent pleas for stronger gun control from students and teachers. The massive rally was organized after the Parkland, Fl. school shooting that left 17 dead.

The March for Our Lives program was fronted by a group of local students, including several who were directly affected by the shooting at Marjory Stoneman Douglas High School.

“We, the students of March for Our Lives: Boston, are joining students across the country to demand that our lives are prioritized over access to guns,” organizers said in a statement released Thursday. 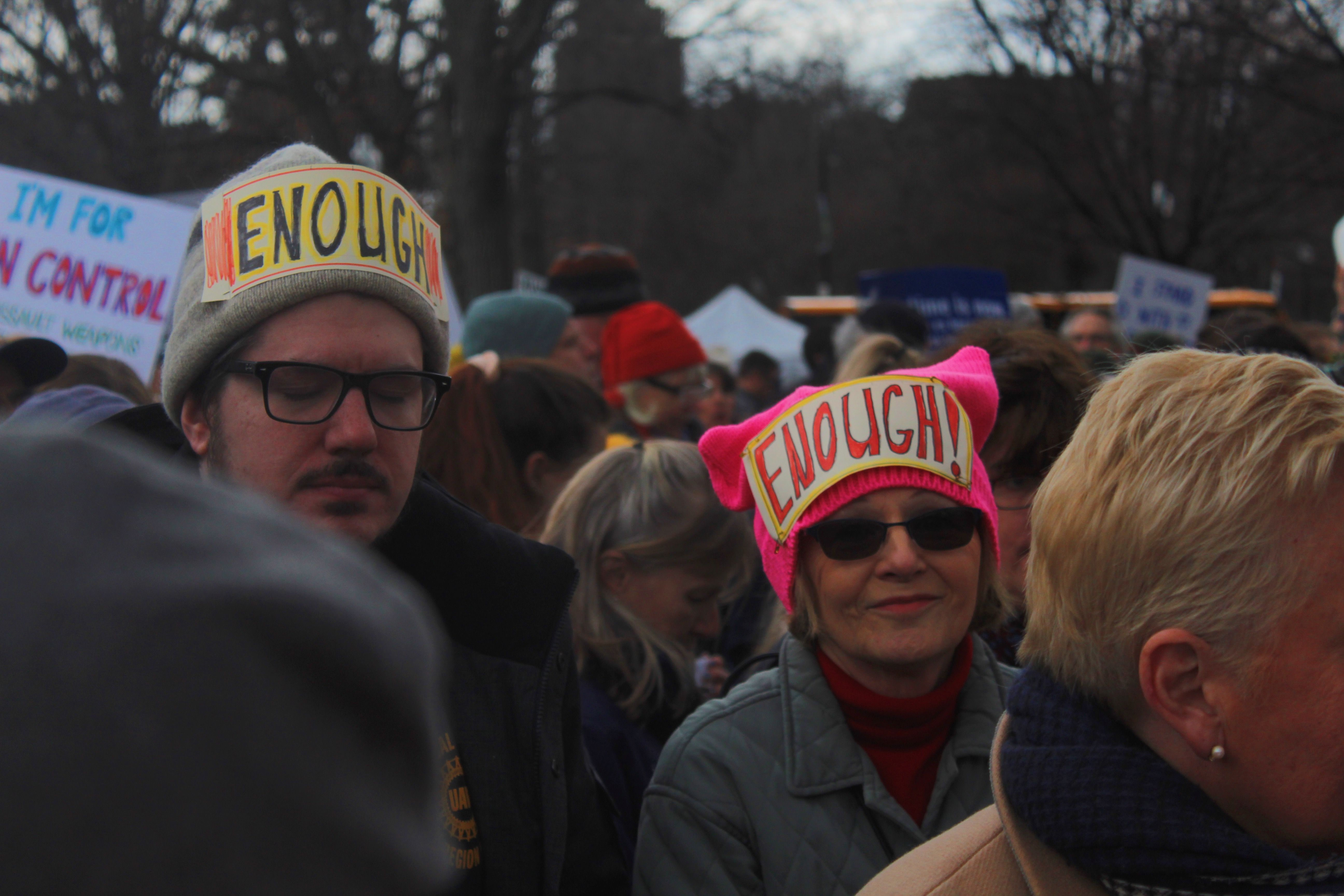 Several students and teachers addressed the crowd after marching to the Common.

Leonor Muñoz, a high school senior and survivor of the shooting at Marjory Stoneman Douglas High School, took the stage with her sister, Beca, a student at Northeastern University.

Leonor said it is going to be impossible to ever erase that day from her brain.

“I will always remember every single detail,” Leonor Muñoz said. “My trauma is never going to go away.”

“And neither are we,” the sisters said un unison.

Beca Muñoz wanted to emphasize the gun violence that communities of color face. Her speech was met with vigorous cheers and applause from the crowd.

“It shouldn’t just be unacceptable when something like this happens in a white, affluent community like Parkland,” Muñoz said.

Other speakers in attendance at the rally were Leslie Chiu, an organizer and graduate of Marjory Stoneman Douglas, and Graciela Mohamedi, a physics teacher at Rockland High School and a Marine Corps veteran.

Marchers came with friends, children, pets, and loved ones as they let the NRA know – with their homemade signs and cheers – they were here to stay. 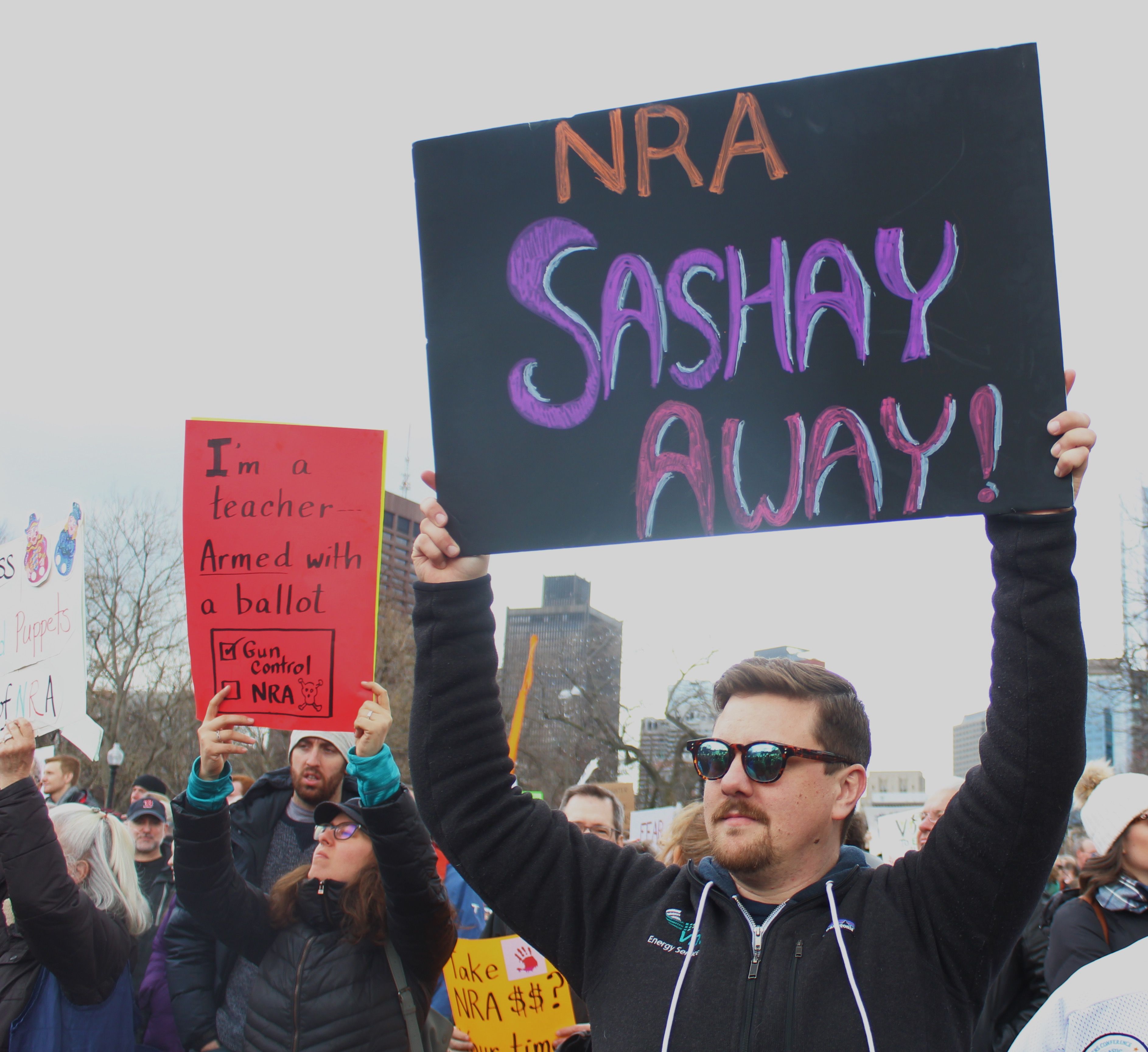 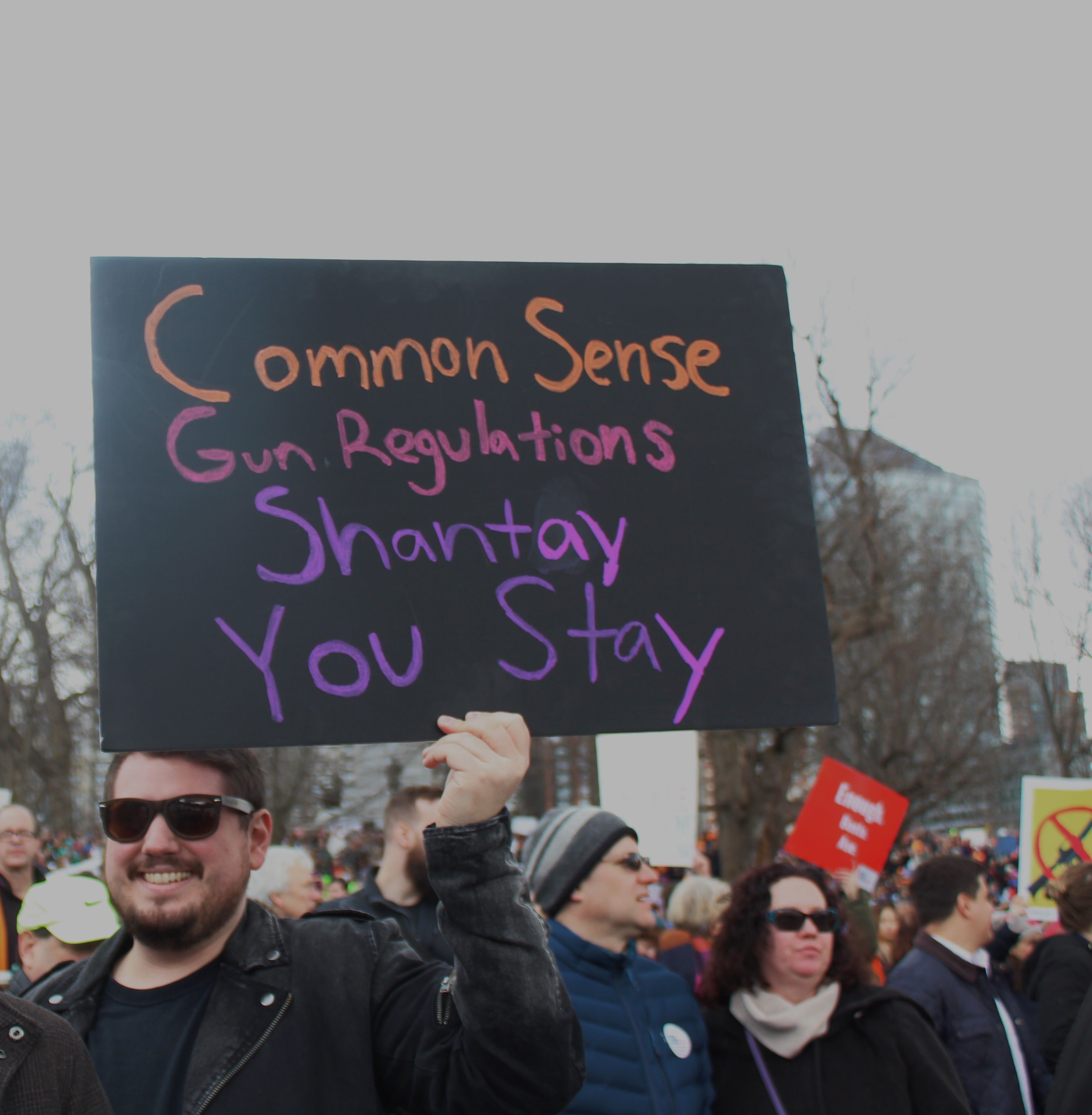 The organizers made sure to give the students the best viewing spots when protestors started to enter the Common.

“Students to the front,” said Monica Cannon-Grant, an activist from Roxbury. “If you are 25 or older, we’re not talking to you.” 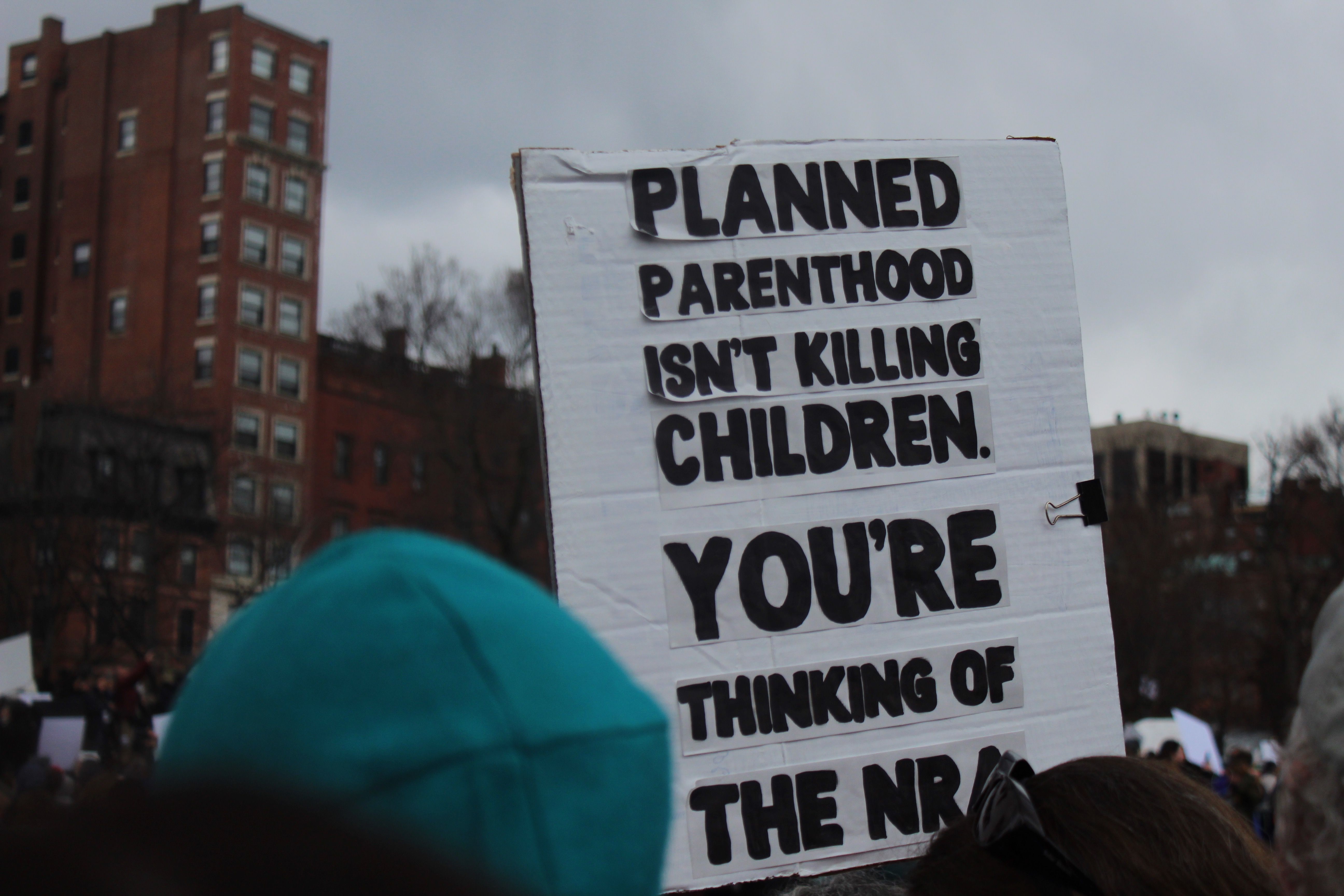 A police officer working the event around 1:30 p.m. said besides the counter-protestors there were no other mishaps reported.

“We haven’t had any other incidents reported and I don’t see that changing anytime soon,” the officer said. 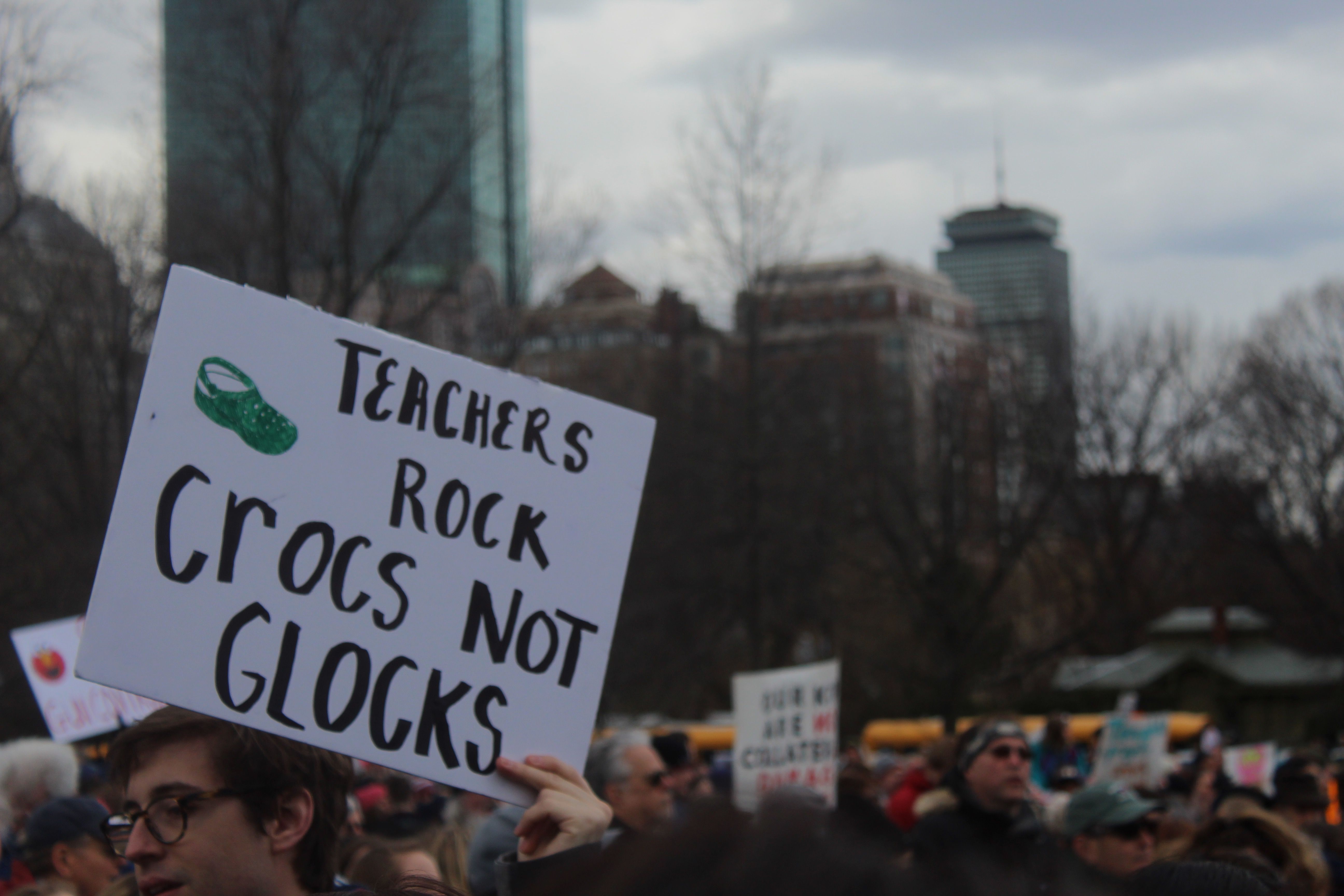 While waiting for the official program to start, protestors danced to a remix of the theme song from “The Fresh Prince of Bel-Air” and “It’s Tricky” by Run-DMC.

Anna Berenson, of Beverly, said people need to look at the numbers behind gun control and see that it is necessary if America wants to stop mass shootings.

“If you look at the data, gun control really is an effective method of reducing gun deaths and mass shootings,” Berenson said. “I think it’s just common sense to get with the program and look at what other countries have done.”

Teachers at the rally blasted Trump for planning to arm teachers.

Ruthie Lynn, of Braintree and a teacher at Dorchester Middle School, said teaching her students about the recent mass shootings implored her to attend the rally.

“Their’s are the voices that [everybody] seems to be listening to,” Lynn said. “The adults aren’t getting anything done, so it is up to them.”

Lynn said despite of recent events she still feels hopeful for the future.

“I have to because otherwise I would curl up into a ball and never get out of bed.” 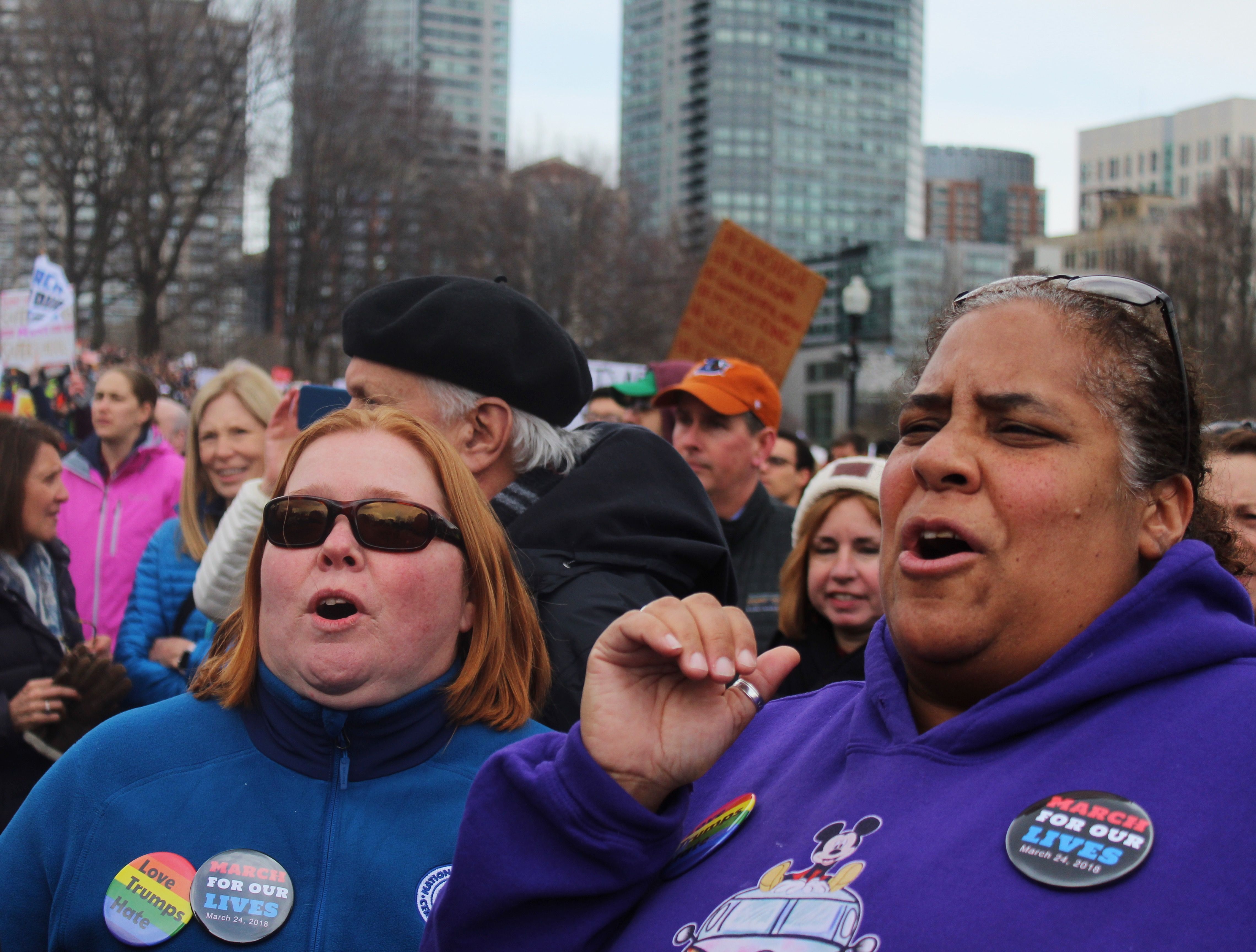 Elvis Rodriguez and Brianna Sanchez, both of Springfield and students at John J Duggan Academy, said they got chills from the speakers and it inspired them to stand up against gun violence more.

“A lot of people are scared to go to school because of gun violence and we’re standing up in spite of it,” Rodriguez said.

“I want to encourage students to feel safe in school and that gun violence is not an okay thing,” Sanches said. “I don’t want other children, growing up, to think this is normal.”

Activists were urging protestors to register for the upcoming 2018 midterm elections and the crowd agreed with chants of “Vote them out! Vote them out!”

This led to unregistered voters pulling out their driver’s license and reciting their social security numbers in order to fill out the required form – all in the middle of the rally. 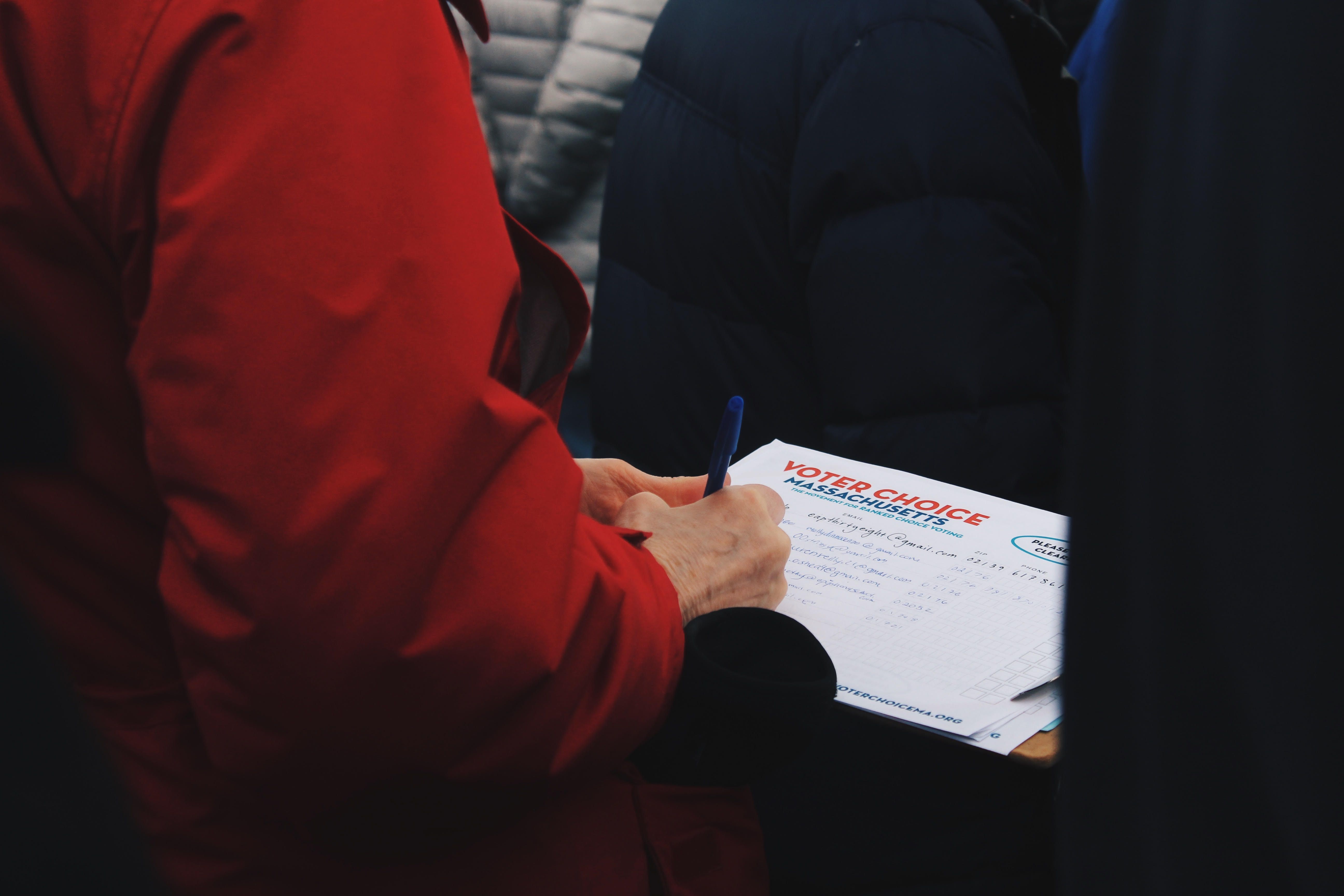 Berenson said she feels inspired that so many young people are becoming more politically engaged and it makes her hopeful for the future, even in light of recent events.

“I was lucky enough to go to high school during the Obama era,” Berenson said. “It’s amazing to see that these young people are so active and are going to be voting soon.”