As an incoming student from Brazil, I’m both anxious and joyful about what awaits me in the fall and I’m sure you are as well. But maybe, you’re really scared about going to a totally different country, getting use to the new food, and making friends. Don’t worry, you’re not alone. That’s why I’m going to breakdown some of the common worries you might have and how to combat them, so you can make the most of your time at BU and in the city of Boston. 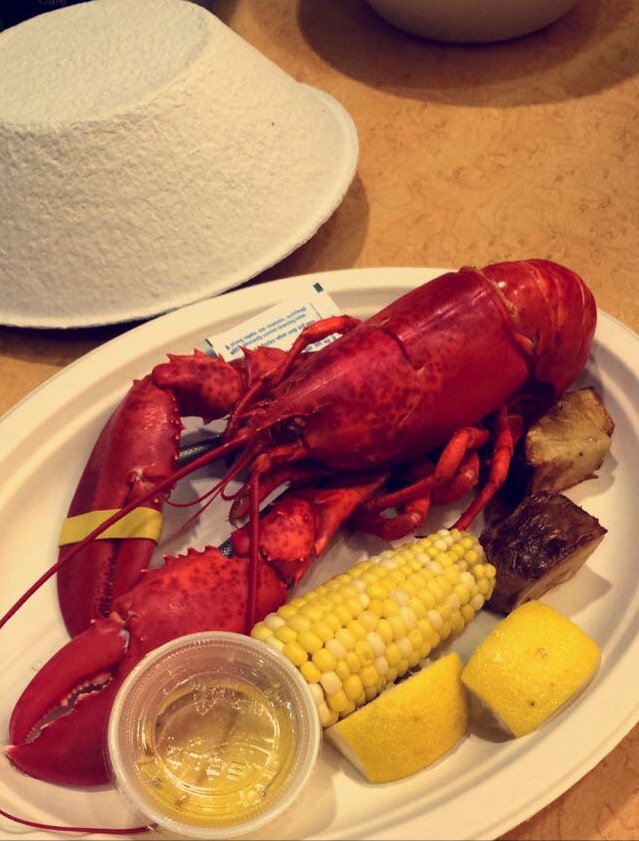 Get excited for Lobster Night in all the BU Dinning Halls once a year.

If you are from a country with a diverse cuisine, like mine, you’re already apprehensive about BU’s dining halls and Boston’s local food, but you shouldn’t be.

One of the most thrilling experiences that you can have is trying food you’d never known existed or thought about eating before. When it comes to Boston the possibilities to dine are numerous. Your options include (but are not limited to) a Fenway Frank, some good ole clam chowder and lobster, a sweet cannoli at Mike’s Pastry, a slice of some Boston Cream Pie or a scoop of Boston baked beans. That freshmen 15 will come faster than you might think.

I understand that it’s hard to begin a new diet when you’re so used to your local food – in my case, pão de queijo and coxinha are the top snacks – but that’s what apps like Yelp are for. Just search for your local food, and you’ll find several places around you to feel at home.

Finally, BU is frequently ranked on many lists of the best college dining halls in North America. We’re at 9th spot on College Rank’s list and it’s no surprise considering how many options we’re provided with. The ‘Asian Station,’ the gluten-free station, the vegan and vegetarian sections, the never-ending pizza and grill stations, soft serve ice cream, and more.

It doesn’t matter if you’re coming to the U.S. for the first time or for the 10th time, what you need to know is that it’s perfectly okay to feel anxiety about living in an English speaking country.

However, everything will become so much better after your Orientation Session: you’ll make several friends (both domestic and international) and by the end of the day, you’ll become much more comfortable with the English language.

You don’t have to be afraid of speaking with a certain accent or making mistakes – it’s natural. Most people can’t speak more than their native language and you’re lucky enough to know two or more.

If you still want to get in touch with students from your country while at BU, you can always join a student group that is dedicated to exploring your cultural background and traditions. A little piece of home away from home. 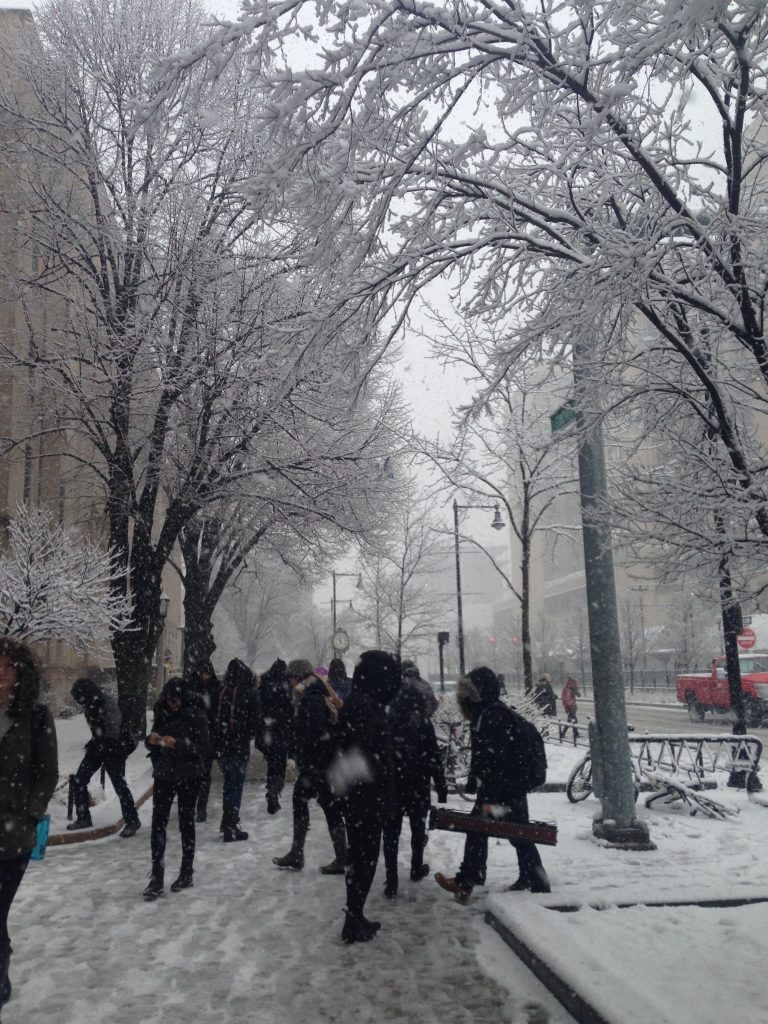 Be sure to come prepared for the Boston winter with a good jacket and boots.

Look, even though Boston winter is tough, you can make some excellent adventures out of it. The sidewalks become slippery and the wind gets more aggressive, but if you have the appropriate clothing and a desire to take advantage of the cold weather, there will be no limits in your winter experience.

Ice skating at Boston Common is definitely a great activity, or you could go simple by enjoying a hot chocolate on your way to class from Pavement Coffeehouse.

You’ll soon be living in one of the best student cities, so why not explore it? Or even better, incorporate it into your study routine? Hit the Boston Public Library to keep up high grades and get to see around the city at the same time.

What if you want to have lunch somewhere other than BU’s dining halls? Well, then you can just walk around campus and find dozens of coffee shops and restaurants to brunch and dine at. Pretty easy, right?

Also, try to keep up to date with new places and attractions near you, since you may never get another chance to see your  favorite singer perform live at The House of Blues or TD Garden. 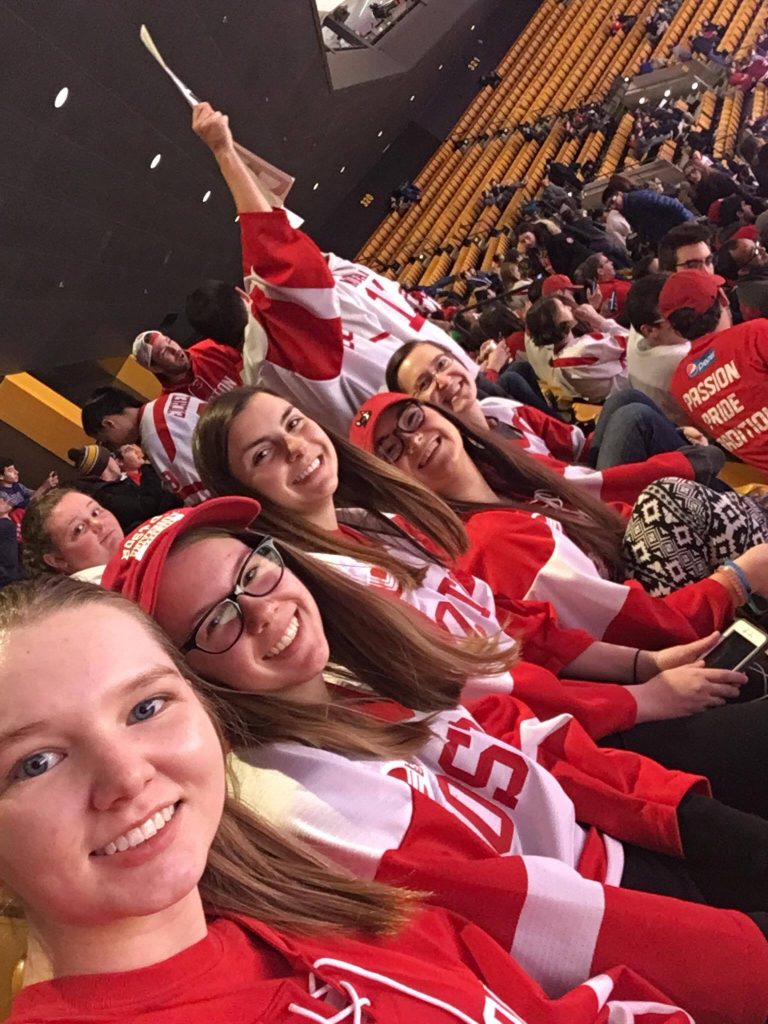 Attending hockey games is not only a great way to show BU spirit but also to bond with your peers.

You established a strong bond with them, shared countless moments of happiness with them, and got to know them very well. Yet now it’s time to say goodbye and travel to Boston.

It’s absolutely ok for you to deeply miss your hometown friends, after all, you’re human. But don’t create a barrier between you and those who want to be your friends. No one can ever have too many friends.

BU has over 30,000 students from over 130 countries, which means you’ll be able to find thousands of people, with different lifestyles, fresh ways of thinking, and interesting stories. 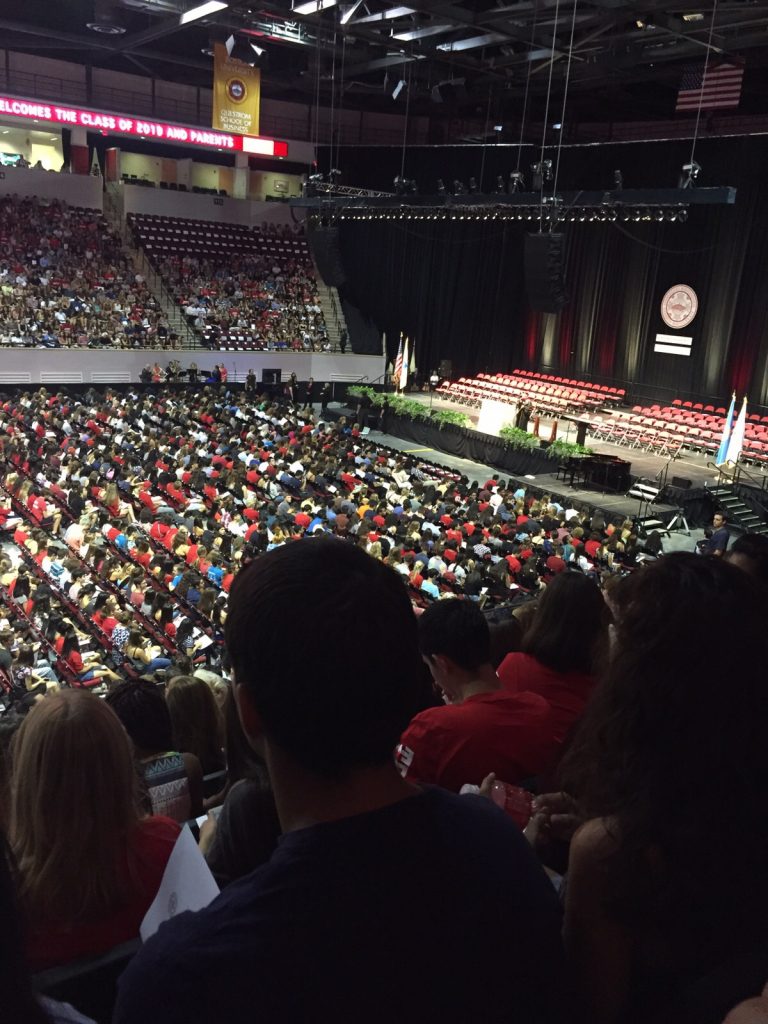 A sneak peek at the matriculation ceremony waiting for you at the end of orientation.

You have to admit that it’s amazing when we stop for a moment and realize we’re going to a college where 1 out of 4 students come from abroad (just like us). There’s absolutely no need to feel like a stranger at a university with more than 9,000 international students. But there’s way more than just data to consider here.

When you gather so many different people into one school you find yourself surrounded by amazing exchanges of ideas and values, and endless opportunities for self-improvement.

It’s also important to keep in mind that you’ll meet extraordinary professors, classmates, and roommates during your student journey.

So pack your bags, hug your family one more time, and get ready to become a BU Terrier!