Give America hope again (with chocolate)

On the day of Donald Trump’s inauguration, Sean McCoy stood outside CFA holding a sign that read, “Give America Hope Again (with chocolate!!!)” and handed out Hersey Kisses.

The BU student wore a t-shirt with “Fuck Trump 2016” and in an act of peaceful protest, decided to hand out chocolate to people out of a cake pan.

Despite the fact that his hands were freezing, McCoy smiled and greeted all who approached him politely. 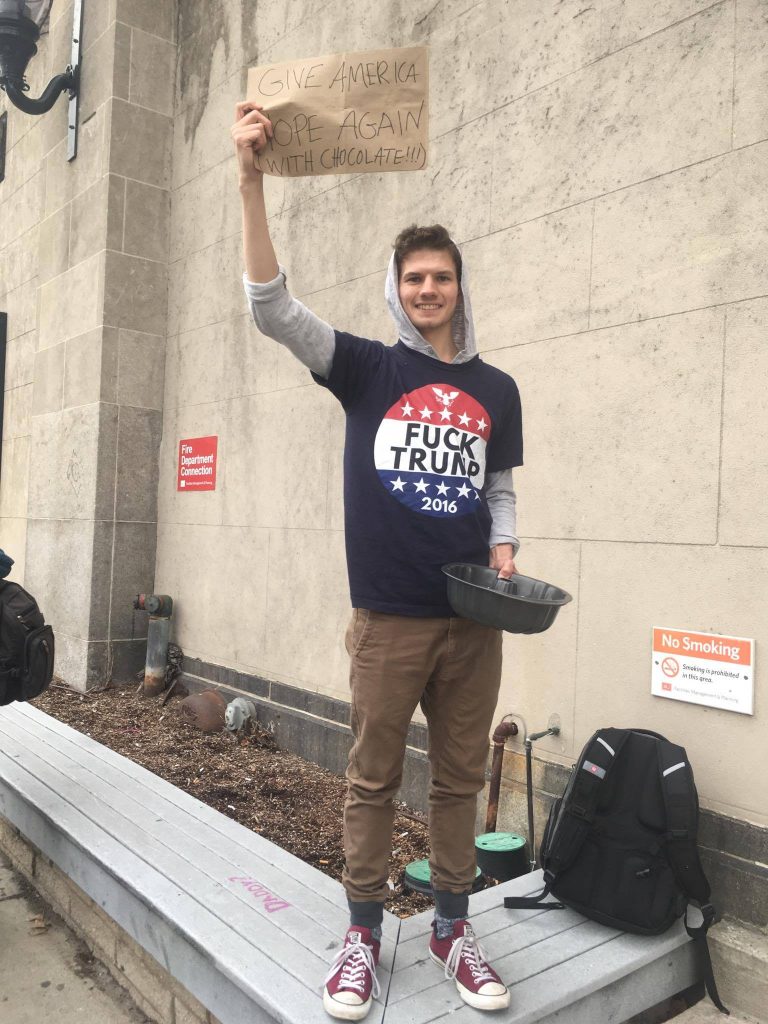 McCoy remarked that “the weather is mourning,” and he wished to brighten this day.

“I’m trying to make the world a better place, one Hersey Kiss at a time,” said McCoy.