He is safe at Bellevue Hospital in New York City

He was located safe at Bellevue Psychiatric Hospital, where he apparently had been since Sept. 20, a day after he was reported missing, according to NBC New York. Hospital workers couldn’t identify him until someone saw his photo on a flyer and called police.

Camhi had been missing for nearly three weeks since he had been identified as an unknown patient at the local hospital, his family says. 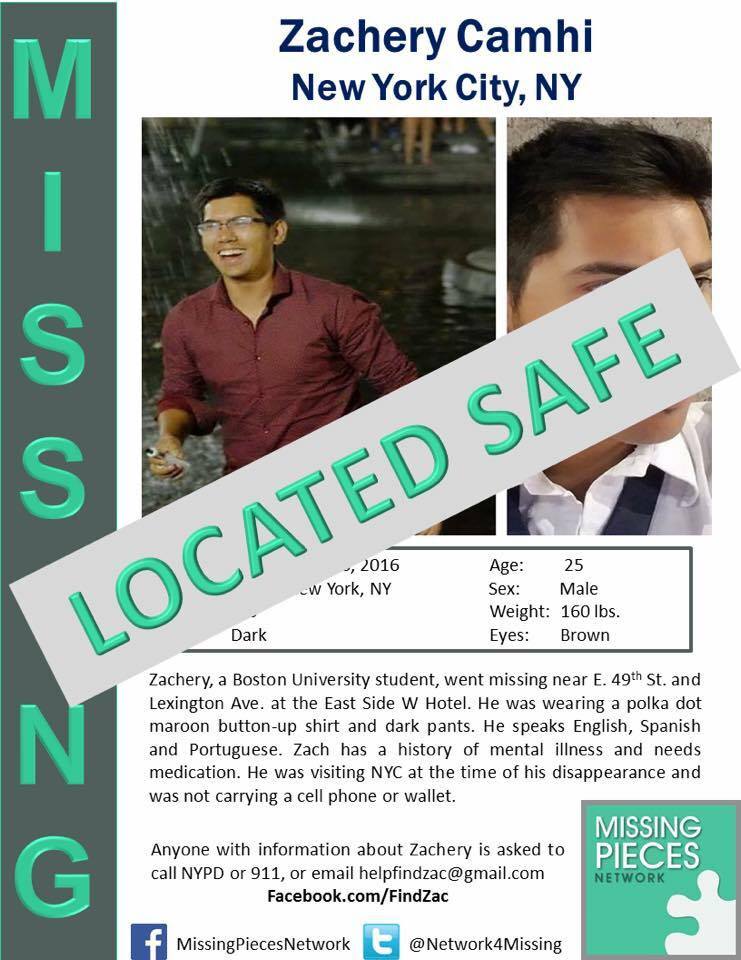 Both Camhi’s sister and Travis Rapoza, a fellow BU music student, wrote on Facebook that Camhi has bipolar disorder and was without his medication.

According to Rapoza’s post, Camhi is a talented double bassist who has struggled with his mental health since 2013. He was in the city to pick up an instrument from a fellow musician.

There is no word yet on why he disappeared.