You can now push a button for pizza – literally

Think back to all those times the only salvation for your hunger came from a slice of pizza. But the hassle of looking up the menu, calling the pizzeria, placing your order, and all the in-betweens really cramped your style, and even your stomach.

Well now, you can push a button for pizza.

The app Push for Pizza, “uses state of the art technology to make ordering pizza that much easier. Simply enter your address for delivery and credit card information, press the button, and hot pizza shows up at your door, all paid up, even the tip.”

It’s as easy as one, two, three. But actually.

Co-founders, 21-year-old Cyrus Summerlin and Max Hellerstien grew up in Brooklyn, New York, home to the best pizza in the world, and were friends from a young age. You could say building a food app was written in the stars for the boys after meeting in their middle school’s lunchroom. Cyrus attended the School of Visual Arts for one year until he dropped out to pursue his revolutionary app.

Surprisingly, Max and Cyrus, along with “four other dudes” were not stoned when creating the idea in January of 2014. Rather, they thought there should be an easier way to order what they already knew they wanted. “Long menus and forms on Seamless gave me anxiety,” said Cyrus. “Having to call the pizzeria and read my credit card number over the phone is also sketchy hassle.” The app launched later that August.

Push for Pizza is at the forefront of the “Frictionless Commerce” revolution that is happening right now, according to Cyrus. “It’s one-click ordering. I want pizza, and I want it now.” The app can be used in 150 cities found along the eastern half of the country and the west coast, the majority of coverage being in New York City and Boston. Cliental includes, “stoners, busy moms, coked out finance guys doing long hours, and pretty much anyone under the sun that wants a local mom and pop pizza really frickin’ fast,” said Cyrus.

What makes Push for Pizza stand out, aside from their revolutionary concept, is their legendary promotions. From making king sized rolling papers to a pizza box that turns into a smokable pipe, they have also thrown pizza parties at frat houses and covered a Lamborghini Murci in pizza to drive it across the country. “We gave the brand an unfiltered voice, and got a very positive reception from that,” said Cyrus. 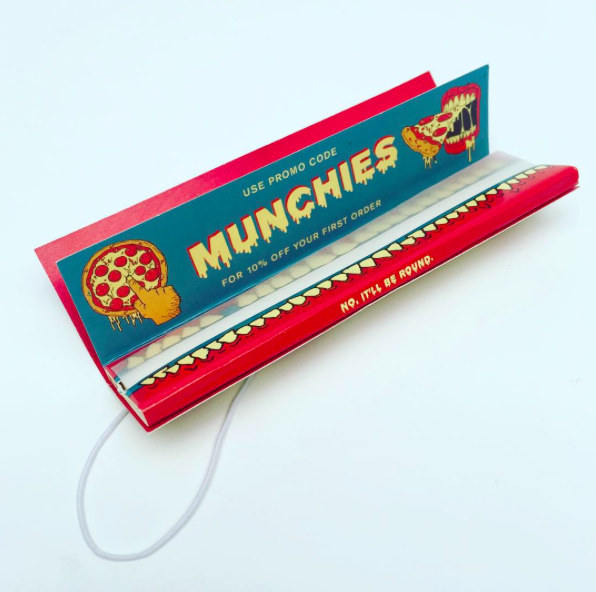 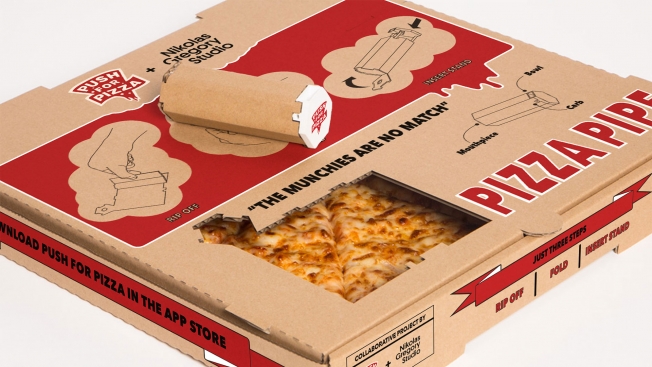 The Pizza Lambroghini was by far the company’s most infamous idea that happened simply because Cyrus wanted to make the world’s fastest pizza delivery car, a fantasy he’s had since he was eight. After raising a ton of money, the boys set out to 80 colleges along the eastern side of the country. 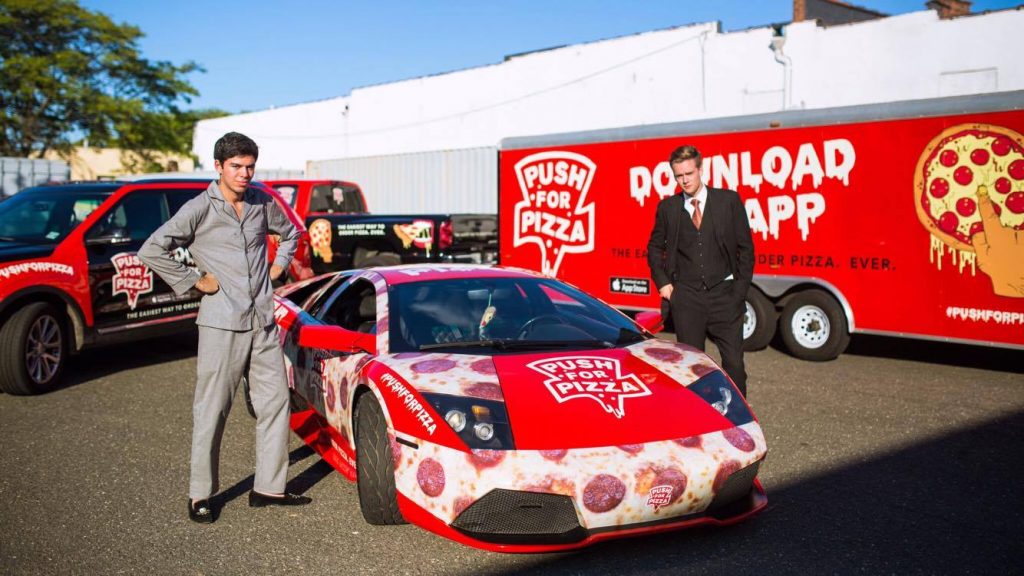 Max (left) and Cyrus (right) alongside their masterpiece

While having a great time, Cyrus also discovered that most college stereotypes are true. “Ivy League’s are pretentious, state schools are fun as fuck, and a few community colleges really know how to have fun. Greek life is very closed off to outsiders, even if you do have the coolest car in the world, and Southern hospitality is real.”

Aside from the Lambo, they’ve also had other pizza related events including parties at the offices of Spotify, Soundcloud, Team Epiphany and more. “We like to do a lot of fun stuff with Pushy our giant slice of pizza mascot,” added Cyrus. 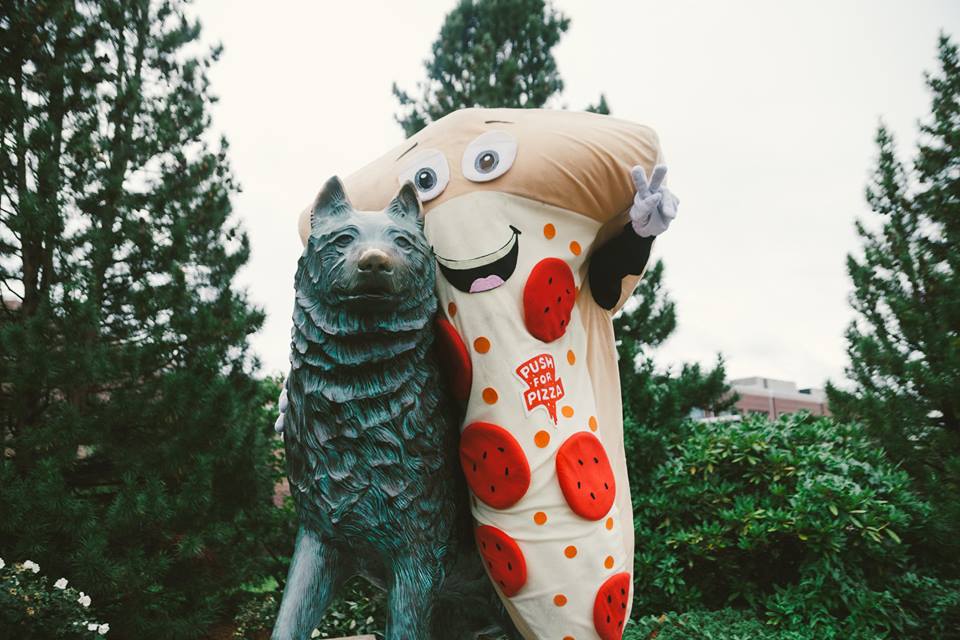 Push for Pizza’s success can in part be attributed to not falling victim to the politically correct norms most businesses follow. Aside from discovering pizza outside of New York City truly sucks, Cyrus also learned how to raise money from investors, face ageism while doing so, and build a product for people to use habitually. Most importantly, he learned how to pitch an idea and make it happen. “Also, I’m never going back to college,” said Cyrus. “Get out there and do shit.”

As for the future of Push for Pizza, Cyrus and Max want to take their findings from the Lamborghini college tour to tweak their products, for example, adding more than just pizza.