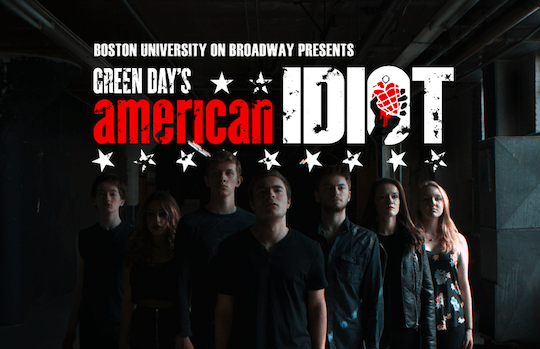 Music director Samantha Uzbay is a firm believer in the impact of Green Day’s mark on our childhood, commenting that, “Green Day’s music reawakens the angst and rebellious spirit of my generation’s upbringing.” Director Sarah Gibson adds that by channeling our over stimulated culture; On Broadway could “bring the musical into a modern day setting and use it to present problems that are occurring in our media driven world. Although the music was popular in the 2000’s, we want to show that the themes are still relevant today.” 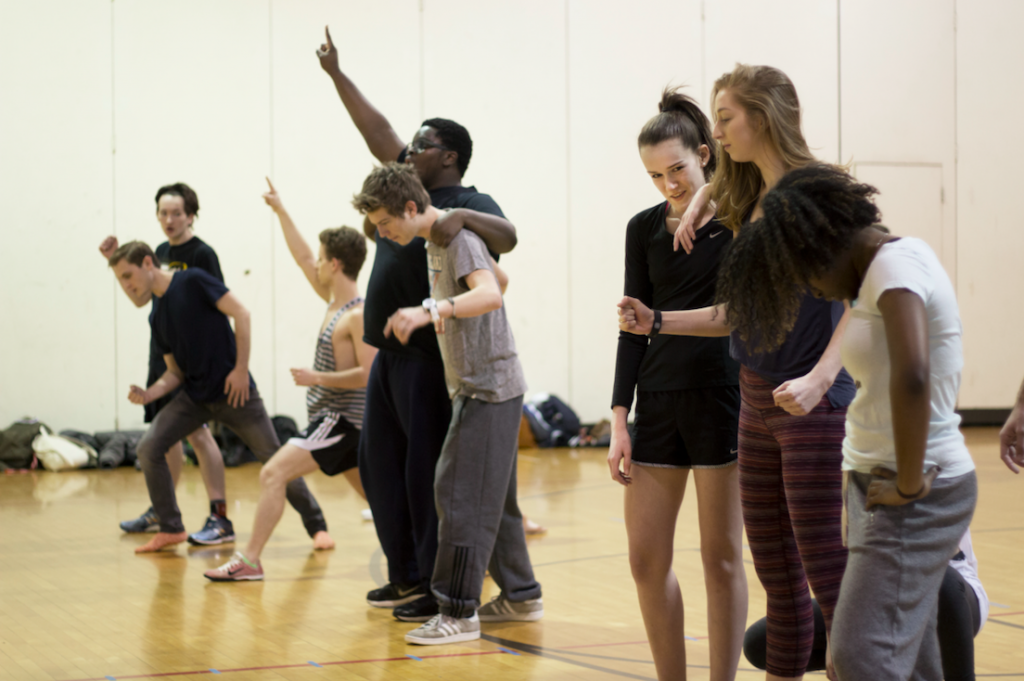 The cast working hard in rehearsal

“The production will be performed like a pseudo concert complete with strobe lights, head-banging, and an encouragement of wearing your long-lost band-t’s,” according to producer Liam Santamaria.

What is your vision for this production?

If I could describe the vision in one word it would be OVERSTIMULATION! We really wanted to bring the musical into a modern day setting and use it to present problems that are occurring in our media driven world. Although the music was popular in the 2000’s, we want to show that the themes are still relevant today.

Describe your experience with the rehearsal process?

The cast for American Idiot is amazing. Their talent is unbelievable and their work ethic unparalleled. For this show we really wanted to give all of the actors room for creativity and self-exploration. The energy they bring to every rehearsal is infectious.

My dad bought the American Idiot album right when it first came out. We would listen to it during every car ride and during all the swear words (there were a lot) he would turn down the volume to block them out. Listening to that music constantly made me fall in love with the album.

What is your vision for this production?

Green Day’s music reawakens the angst and rebellious spirit of my generation’s upbringing. The record encapsulates music from a variety of cultures and genres, which inspires my creative vision for the production. I’m a fifth generation classical musician in my family, but I was raised on rock and roll. So I definitely intend to highlight the universal messages of beauty revealed in the music. I imagine this production with a total rock aesthetic – flashing lights and an engaged, rocking audience, just like you would see at a good rock concert. At every rehearsal I encourage our cast to channel all of their emotions in each track, and they are – they really rock.

Describe your experience with the rehearsal process?

I love being Musical Director for this production simply because I connect with the music. The entire creative team feels so lucky to have such an upbeat, ambitious, and talented cast. I look forward to every rehearsal and everyone is incredibly devoted to achieving the common vision. Sarah Gibson, our Director, has an incredible and infectious energy that drives that vision even further. The timeless music fills each rehearsal with such passion and it’s a thrill to hear all the vocal parts coming together. A generous number of musicians from the Boston scene reached out to me as soon as the production was announced, and we now have an insanely cool band of rocking musicians. I’m super excited to learn, jam and make some more great music.

Without a doubt my favorite memory is being chosen as Musical Director of the “American Idiot” production here at BU! I never imagined that this album would resurface in my life this way. I remember hearing “American Idiot,” for the very first time when I was nine or ten years-old. We were jamming out to videos on MTV in my friend’s basement and the video for “Holiday” came on.. the war planes and neon city lights really stood out to me. Very cool. Very punk. Very influential. 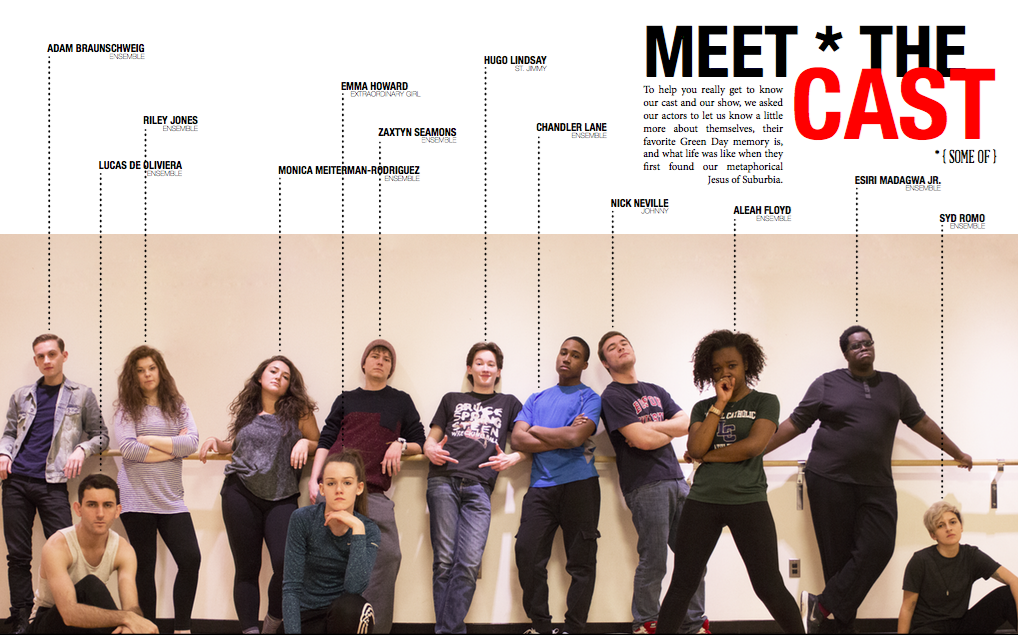 Doors open at 8pm, with a $12 general admission fee and a $10 student admission fee. Tickets can be purchased prior on Eventbrite.