This BU alum is helping you sell your clothes for free

COM alum Alexandra Shadrow is the inspiring creator of UNItiques

Alexandra Shadrow is the 23rd year old CEO of UNItiques, a trendy online marketplace for college girls to buy and sell fashion – right on campus. It’s safe, local, and best of all 100 percent free.

UNItiques has become the hotspot for online clothing swap for college girls to buy and sell  clothes, shoes, and accessories amongst other college girls nearby (for example BU to BC).

You even have the chance to enter to win a whole semester of free Starbucks by joining UNItiques with the promo code: THETAB 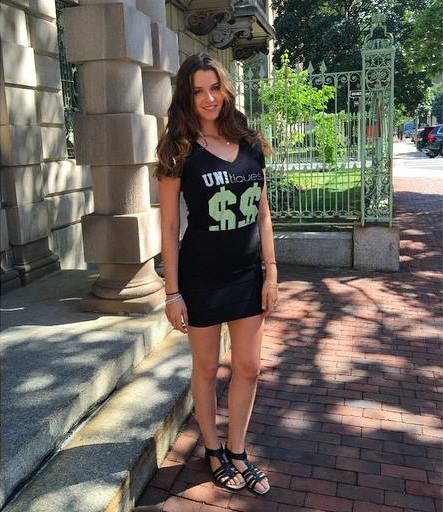 When every dollar counts in college, so no one can deny it’s a relief to find a place where you can make money selling things you don’t wear anymore – like that sweater you always stare at but never put on or those super cute earrings that don’t fit the new edgy punk style you’re trying out.

Thanks to Alex you now have a place to get great deals to sell your stuff and buy reasonably priced things for your new dorm or apartment.

Not only is she a determined and ambitious business women, she’s also a down to earth and hilarious individual. Best of all she is fashion obsessed like all of us.

What is your guilty pleasure when it comes to fashion?

Certainly body suits! I love wearing them because I think they make everyone look good. They
suck everything in and accentuate the right parts. Every time I wear it I feel like a ballerina and
it’s fun.
My favorite leotard belongs to my 90 year old grandmother. She has over 10,000 items in her closet (this is legitimately not an exaggeration) and she’s obsessed with her clothes and doesn’t share them with anyone. But she recently gave me a body suit and it’s literally the first thing she’s ever given me from her closet – again at 90. She even said “Well I guess I’m too old to wear this now” and this leotard has a massive boob cutout and this woman is over 90! It looks like vintage Versace and I’m obsessed with it.

What’s your favorite fashion item you own right now?

My Stuart Weitzman boots which i’ve been waiting so long to get. They’re thigh highs so I wear  them with jeans, shorts, dresses. I was inspired by Pia Mia the singer to get them. I’ve been  wanting them legitimately for 10 years and they’re so fashionable that they haven’t gone off the Stuart Weitzman website in 10 years. 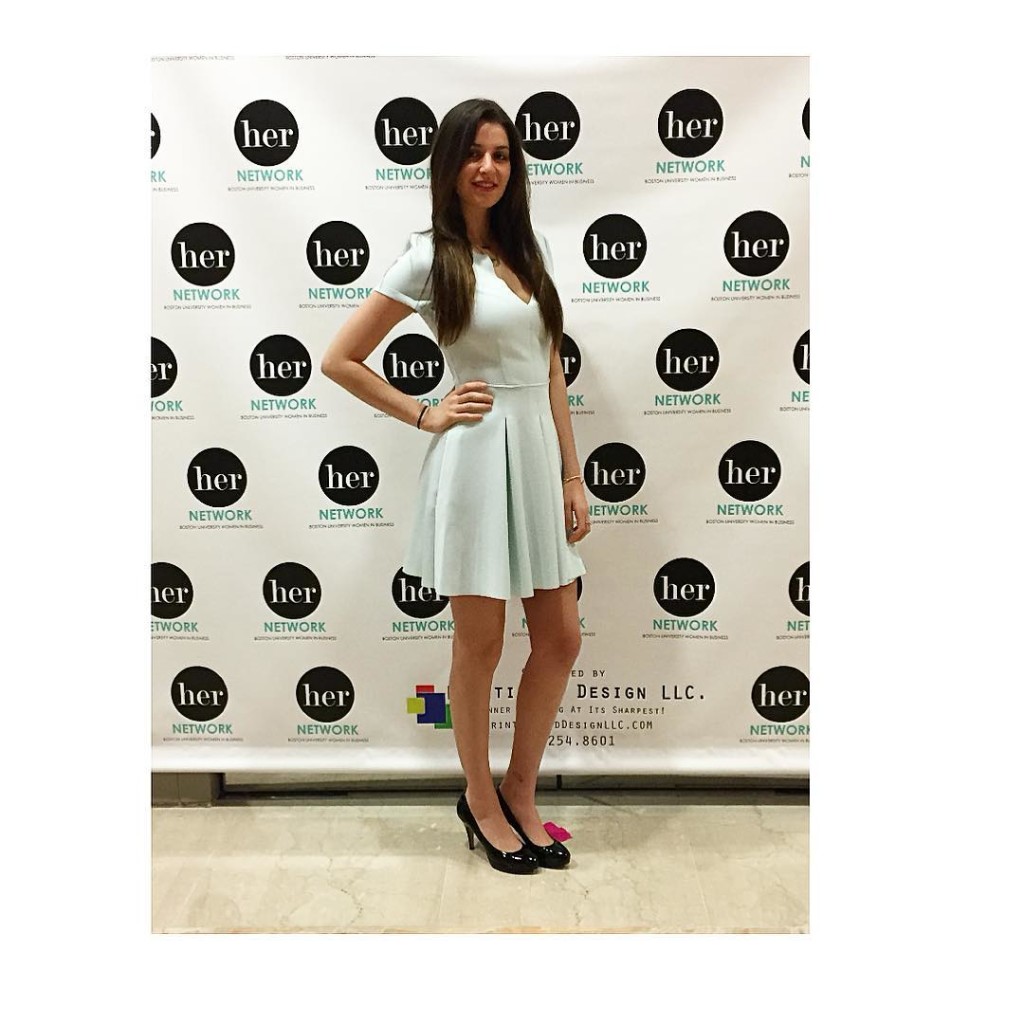 What is considered a MAJOR fashion DON’T in your book?

How often do you personally purchase things off UNItiques?

What is one accessory, as a UNItiques bargain, that you’d be willing to start a cat fight over?

First of all the Jeffery Campbell shoes that just went up. They’re like lace-up booties and they’re super high heel. If they were my size I would nicely cut someone (laughs). I also think the $40 marble Ray-bans are an excellent deal.

Also if it was in my size – we just got a Zimmerman silk dress on our website. The original price is $480 but the price on UNItiques is $50 or best offer. That is a crazy deal. 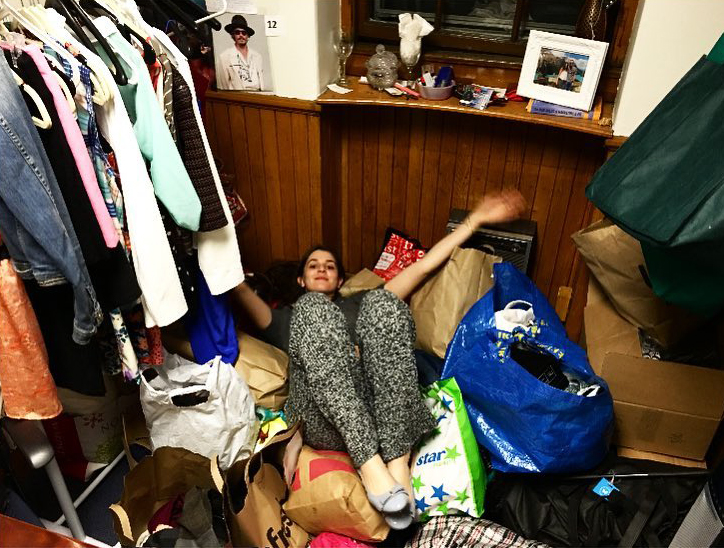 What is the weirdest thing(s) you’ve seen someone try to sell on UNItiques?

Oh my god…okay these were not used but they are reusable. So someone tried to sell reusable pads that are kind of like a diaper situation where you could wash them and reuse them. I didn’t take them off the website because I didn’t want to offend anyone but I pushed it into the depths of the marketplace.

Then another thing was furry handcuffs. That was another weird one…and it was my friend selling it so I hit him up like “uhh can you maybe not sell those on my website.” He goes “I can’t sell those on Craigs list, who knows who will hit me up. Which I get but I don’t really know if UNitiques is the place for those handcuffs either.

What has been the best part about creating UNItiques?

The feedback I get from my interns and the excitement the interns have to work here. Also just the feedback we all get from the users and the members. I screenshot every time I get a detail feedback so that I have a folder of over 500 to probably 1000 people that have said something positive about UNitiques. All the comments have been different too which is great to hear how each member personally loves UNitiques and how it has helped them.

One of our members, Amy, quit her part-time job and literally just made money going to different thrift stores and uploading things to UNItiques. She was able to not have to work in college because of UNitiques and that’s probably the coolest story I’ve heard.

Also recently someone came to me after selling their more femine clothes on UNItiques and told me that they were so happy I created UNitiques because those clothes reminded them of a time when they couldn’t be who they are. That meant so much to me and just hearing peoples feedback like that makes it so rewarding. 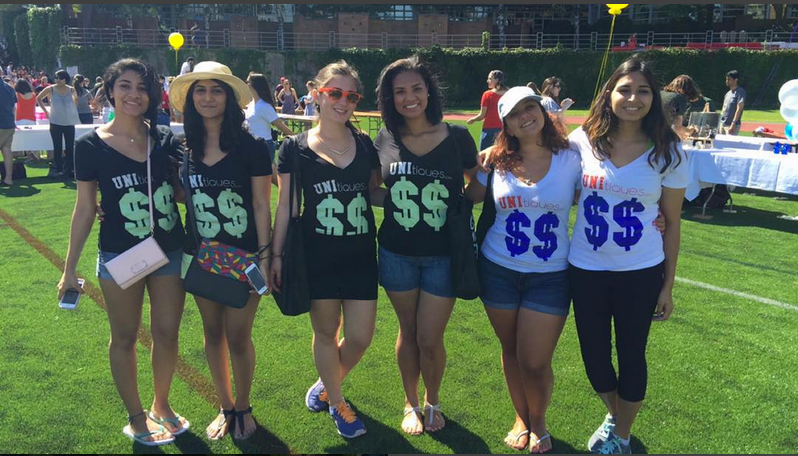 Any last words or exciting things for us to look forward to?

Well we are just about to partner with the tickets company and it’s going to be really cool. You can go on the website and get tickets for 30 percent off to any event nation wide – Justin Bieber, Beyonce, you name it! We are also having over 10 upcoming events on Boston University’s campus that you guys can check out!

Do you want a whole semester of FREE Starbucks?

If you sign up for a UNItiques account today using the promo code “TheTab” you automatically get entered to win a WHOLE SEMESTER OF FREE STARBUCKS. The sinner will be announced in May so keep posted and active on UNItiques to be the lucky winner. 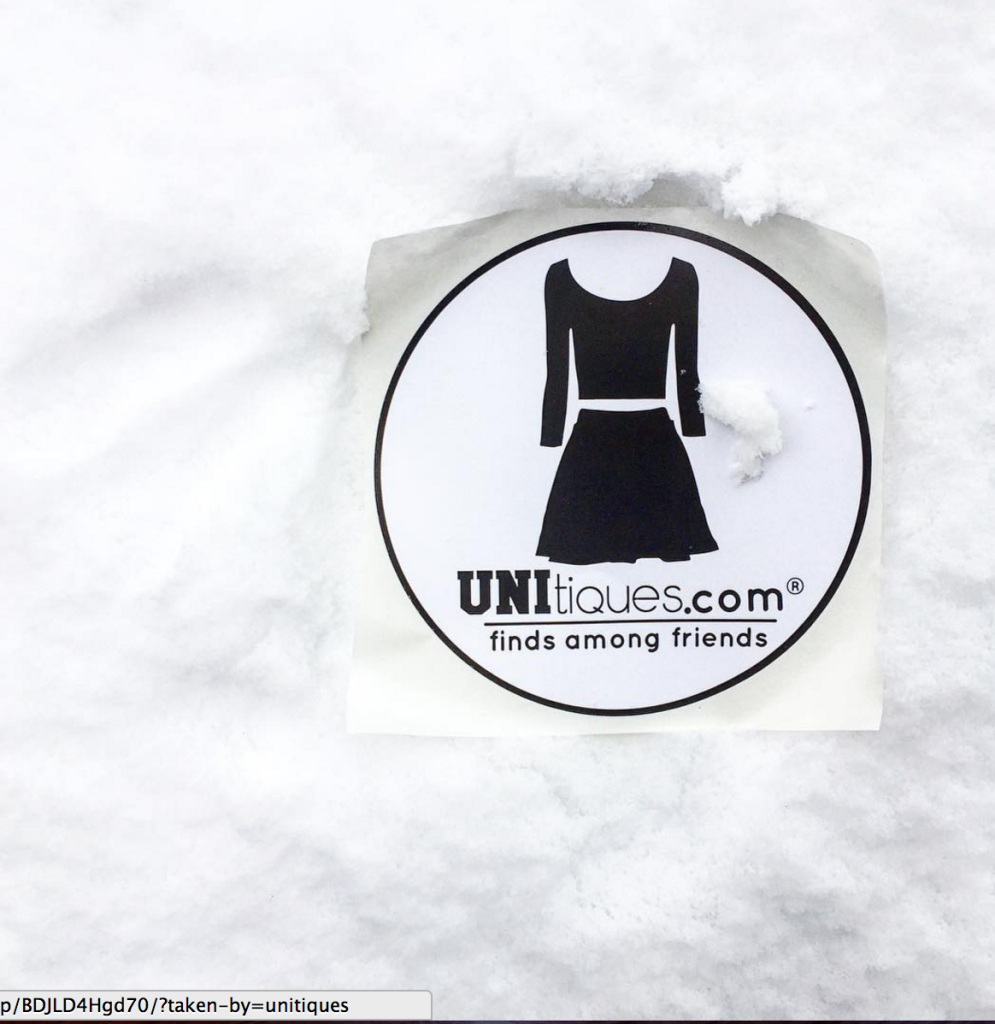