Thieves are out to steal your Canada Goose jacket

Hold on tight to your feathers

Stealing Canada Goose jackets seems to now be a new trend for thieves on BU’s campus.

So hide your kids, your wives and now hide your Canada Goose Jackets.

According to BUPD reports, 14 clothing thefts have been reported as of September and the majority of which happen to be Canada Goose jackets.

While people love to poke fun at the overpriced jackets strolling around Com Ave,  stealing them is no joking matter.

If you own one, you better keep a tight grip on your expensive goose feathers because they might not be around to keep you warm this winter for much longer.

Whether they’re being stolen to be re-sold to others, worn by the thieves themselves, or just burned by the jacket’s angry haters, Canada Gooses are going missing. 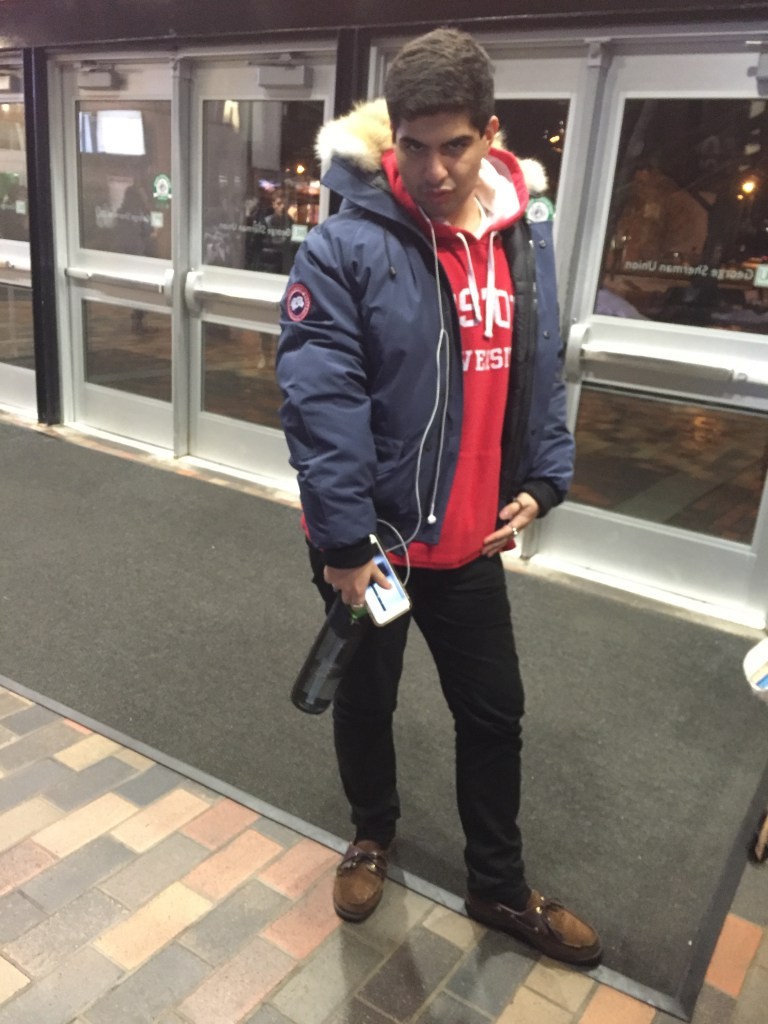 Most of these incidences unsurprisingly occur at FitRec where people haphazardly leave their coats thrown about on the coat racks, rather then store them away safe in the locker rooms.

The obvious lesson to be learned here: if you own valuable goods, be sure to treat them just and keep them safe.

Simply taking a few minutes out of you time to get a day lock from FitRec or bring your own, would save you a lot of money in the long run.

Thieves be WARNED: BUPD assures us they’re going to increase surveillance of the area to avoid future thefts.

But again it’s the owners’ responsibilities to take better care of their personal belongings.