Meet Barron Roth: BU’s photographer to students and the stars

He was the only photographer at Bieber’s concert

Senior, Barron Roth has taken BU by storm, but many of us are still left wondering, “Who is this guy?”

It can be said that the best part of any event photo is the “Barron Roth Photography” insignia on the bottom corner, so let’s get to know this big name on campus a little better. 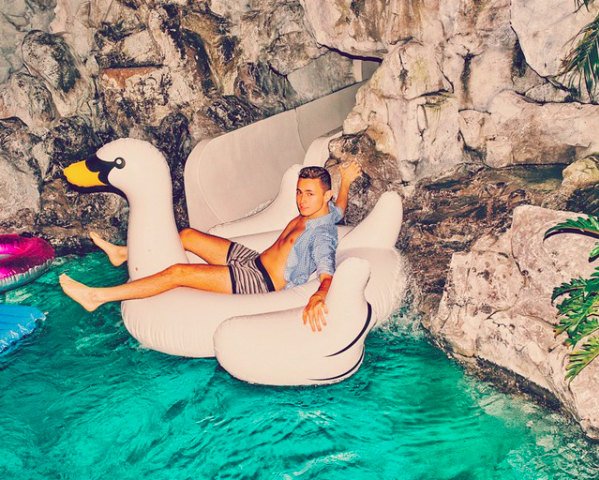 The man himself, Barron Roth

How did you first get into photography?

Probably in eighth grade when my mom just bought me a camera. I thought photography was so stupid. Point, click, make money. It didn’t really resonate with me until I got the camera. I was very into computers and gadgets and building things, so I sort I saw that camera as a gadget that I wanted to master.

Now with a camera and ability to photograph anything, what were you drawn to?

Mostly my personal interests, which would be music and women, I guess. 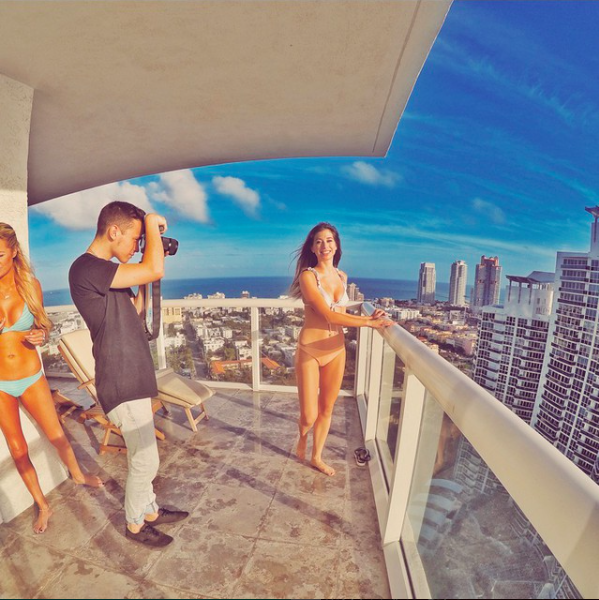 Barron in his element

How did you start photography at BU?

Over the course of a semester at BU I would post photos of my time in Miami and people would be intrigued. So from there I would get hired by fraternities and sororities to put a “Miami spin” on their event photos. 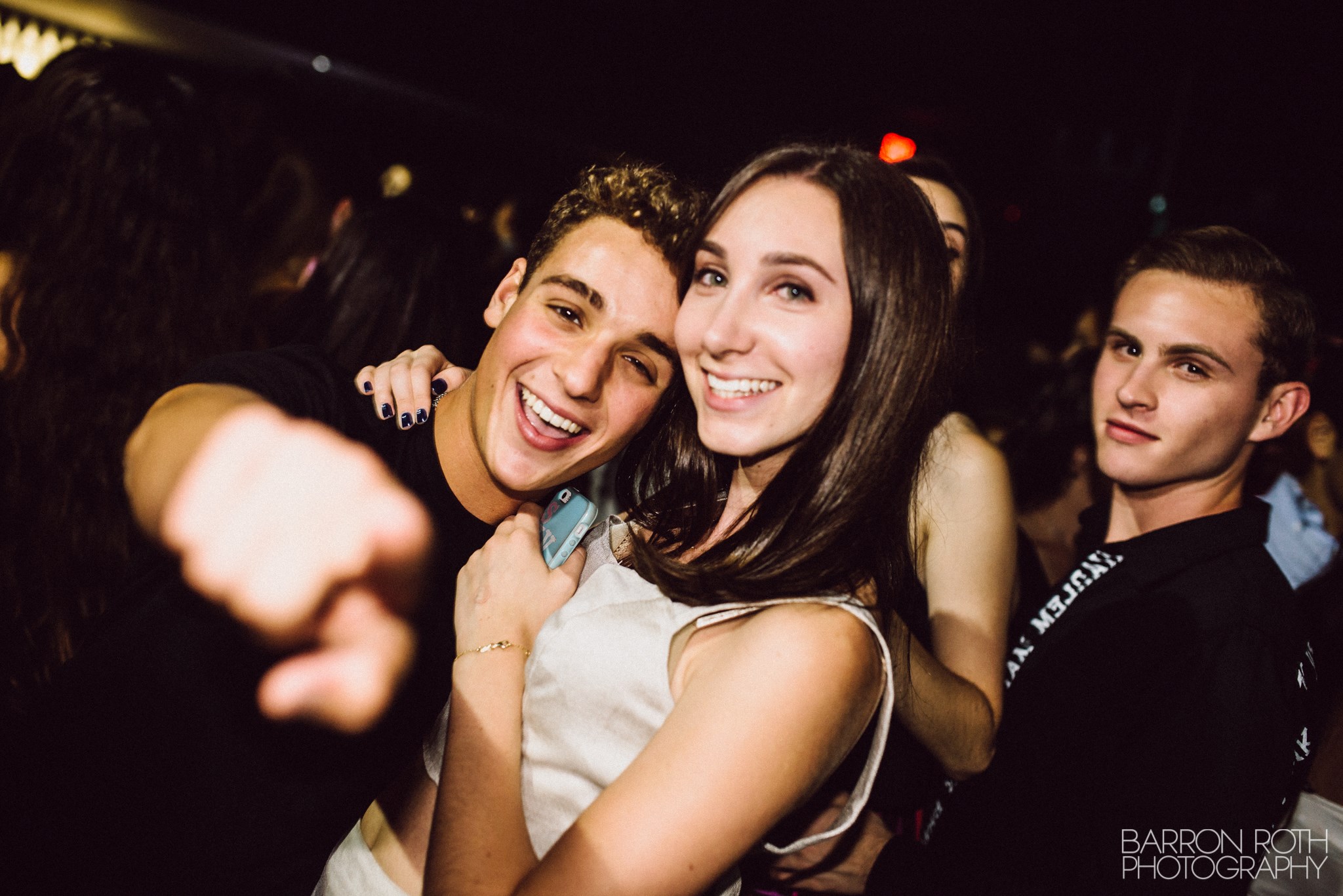 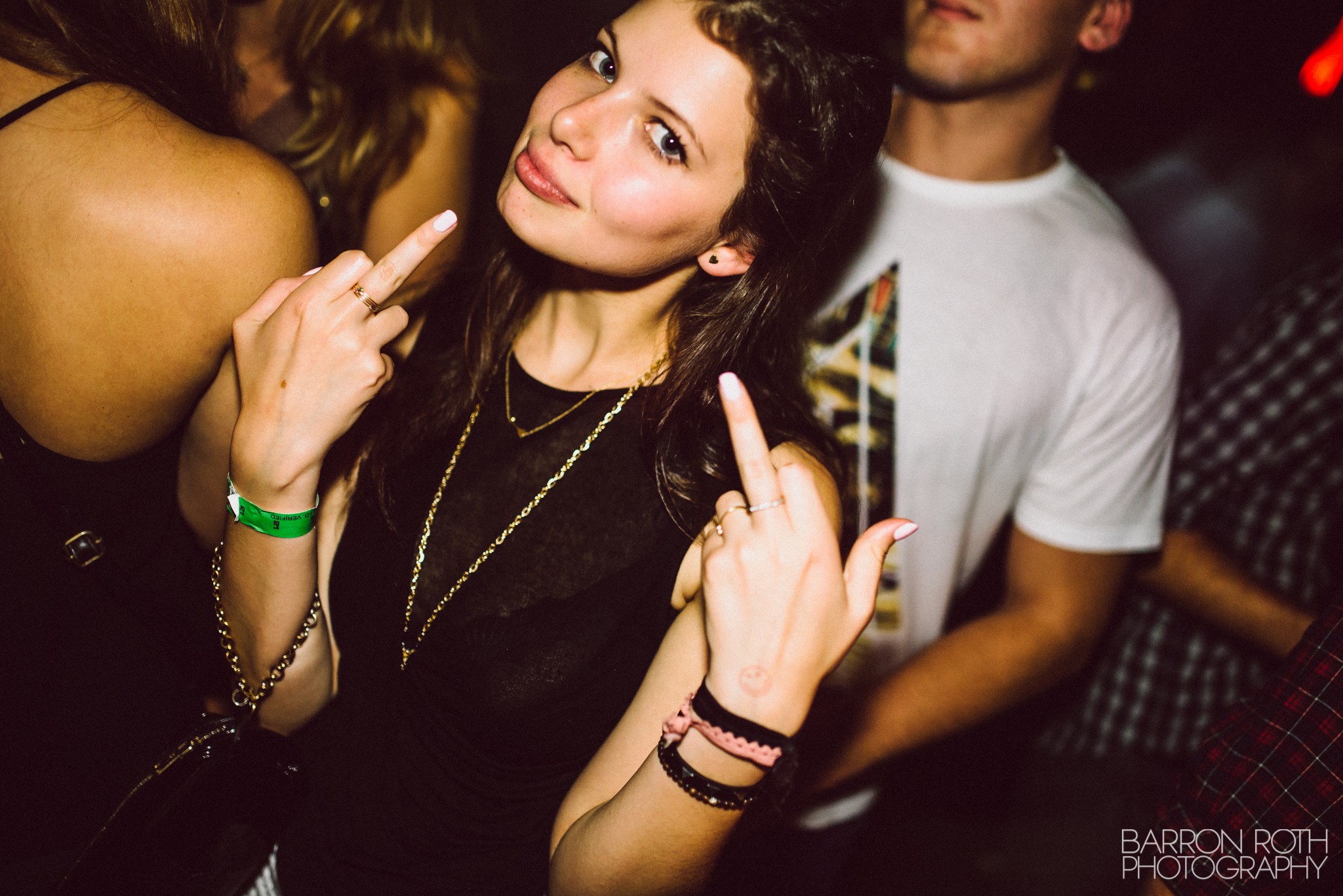 Check out that ‘Miami spin’

Is it your editing, or your actual photography that makes your photos unique?

I would say it’s 90% editing. Learning how to edit was the most critical component because honestly, the camera is very capable on auto; it makes good decisions on its own. So, you have to do something out of the ordinary to make it unique.

Now, how did you start photographing the ‘bigger things’?

I would frequently sneak into places with my camera to get critical shots…I would fake my way into concerts by making some sort of pass- I don’t want to give away my secrets, but I’ve gone to extreme lengths to falsify in every direction possible. For example, I was the only photographer on the Justin Bieber tour because I faked my way with something no one else thought of. Doing that so consistently gave me genuine opportunities to do it for real. 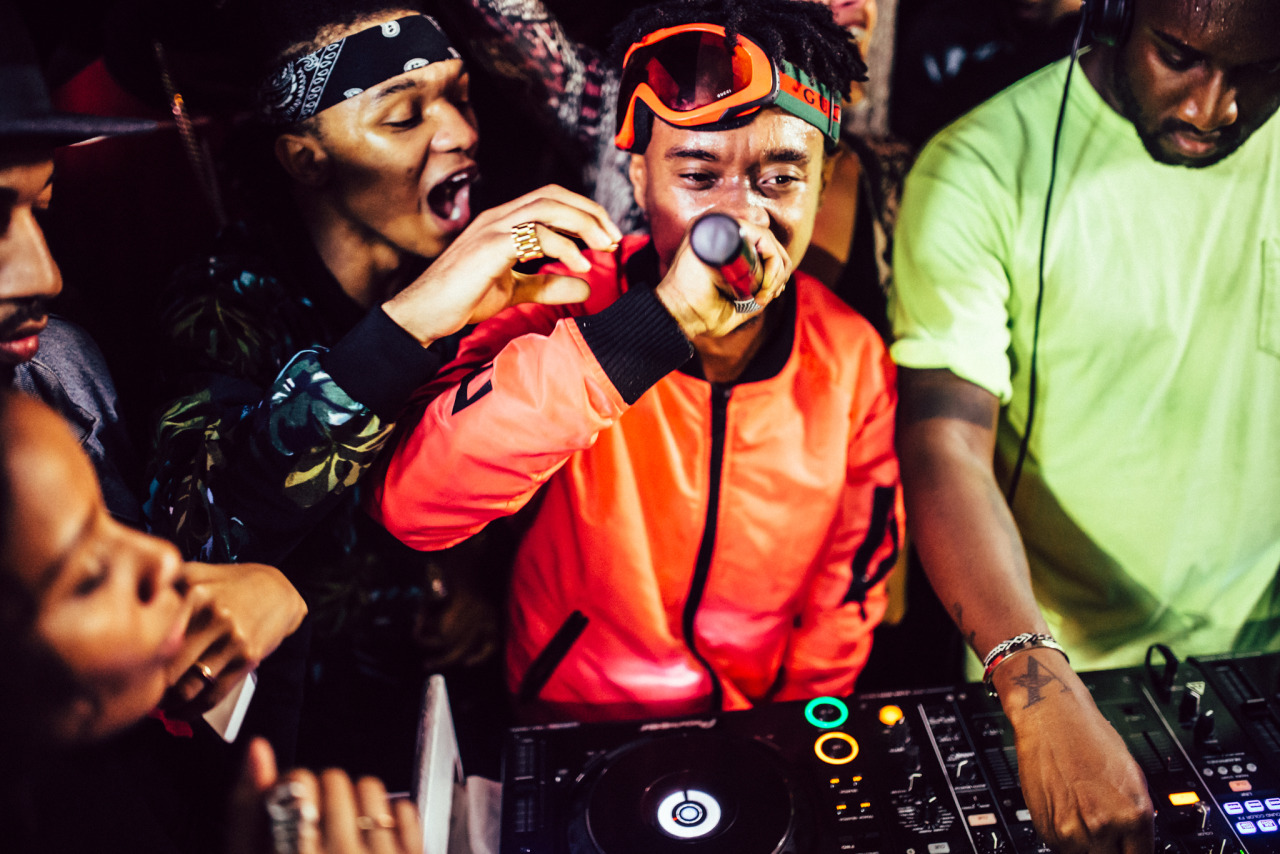 Who are some of the celebrities you have photographed? 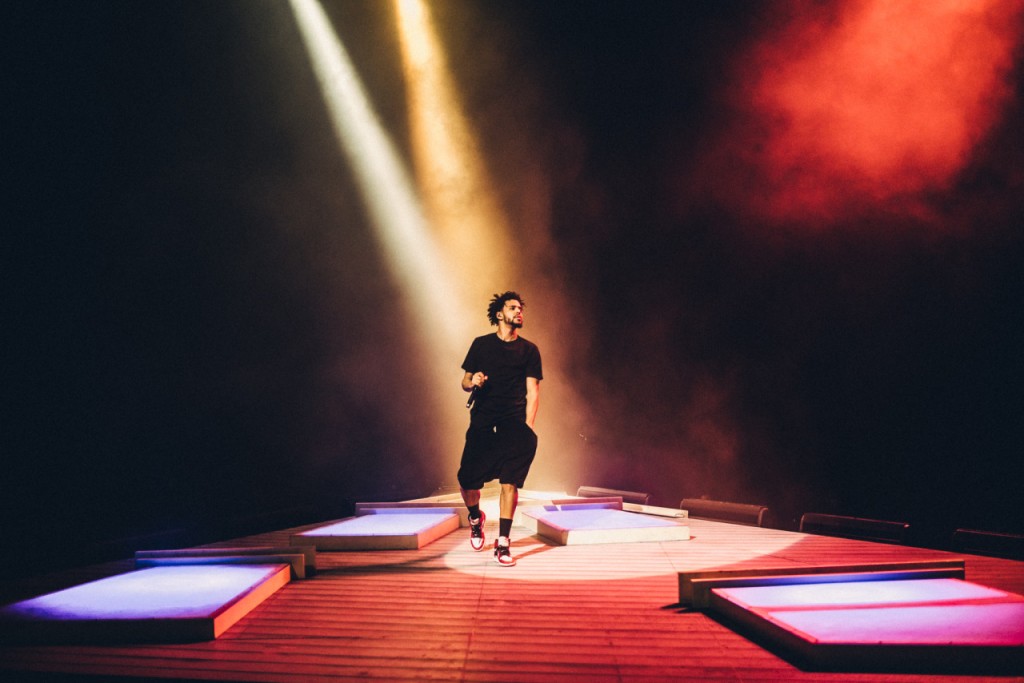 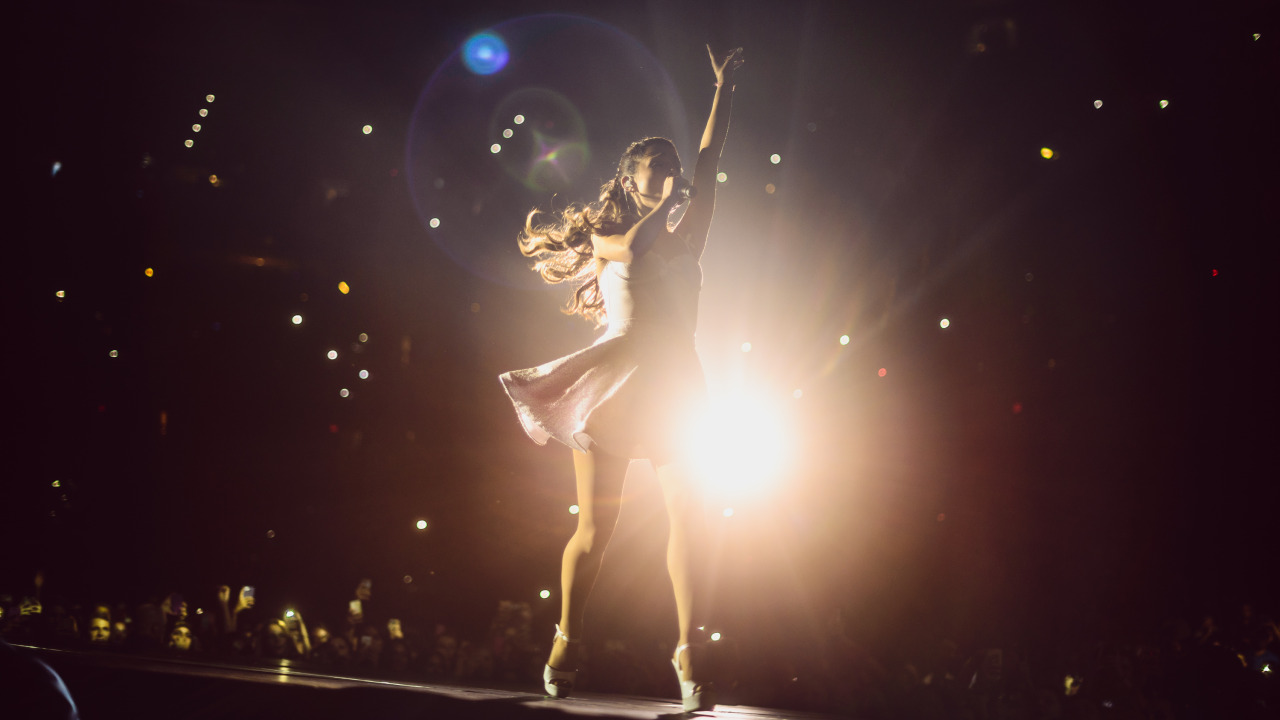 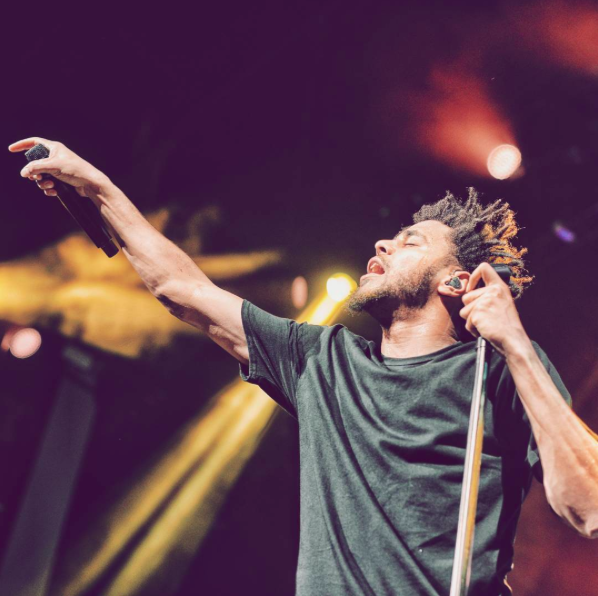 Do you have a personal favorite?

I took this picture of Drake that I fell in love with. I’m a big Drake fan. 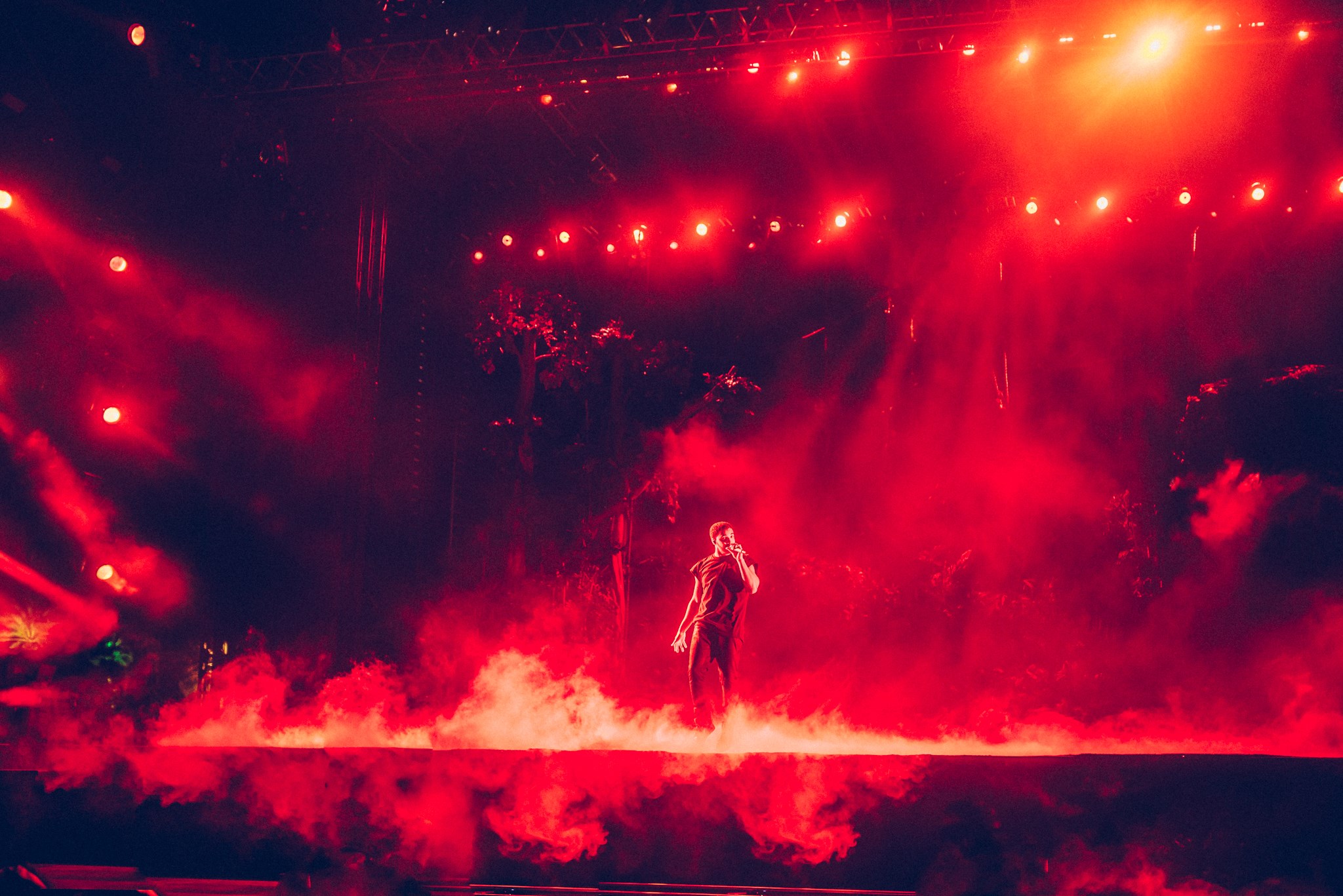 When you’re not out photographing parties and concerts, where do you find yourself?

I’m an engineer so it’s pretty hard to juggle schoolwork, I can’t say I’m the best, but I’m doing tech stuff which is what I want to be doing.

Speaking of tech, how did you start your app?

What the biggest issue was with me was finding somebody who was free at the times I was, so I tried to build the simplest solution with some friends. I had this sophomore engineering class, which was a coding class basically, and at the very end of it our final project was to make an app. I saw it as a huge opportunity to build something that can really have an effect.

Barron’s app Downtyme has been featured in Business Insider, The Boston Globe, GIZMODO and Yahoo Finance 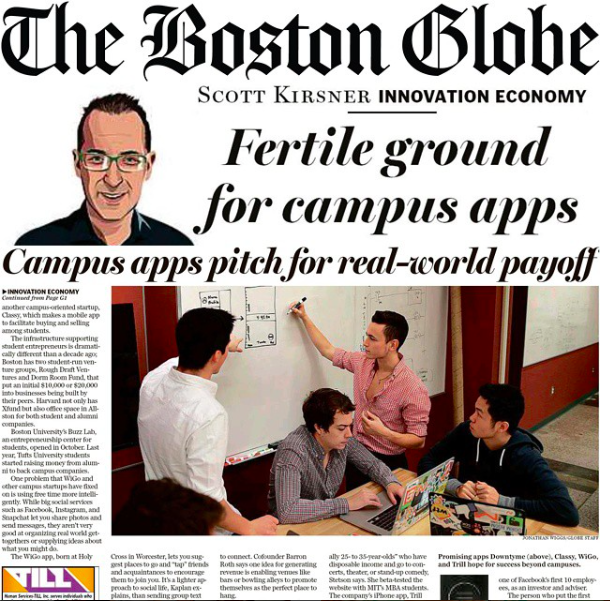 What are you more proud of, your photography or your app?

My accomplishments with photography are mostly a product of my sneakiness, so I’m definitely more proud of my tech work.

And for the future?

I think it’s a misconception that I want to pursue photography. But I don’t think I ever have to let it go to pursue a dream of tech.

What would you say is the biggest misconception about you?

I definitely think people have misconceptions about my ego, which can be upsetting, obviously. Nobody wants others to think that they’re into themselves, I just want to do the best I can in whatever I do. That’s really the most annoying part, people think I’m pretentious or some jet setter, but that’s not what I’m like at all, so I like proving them wrong. 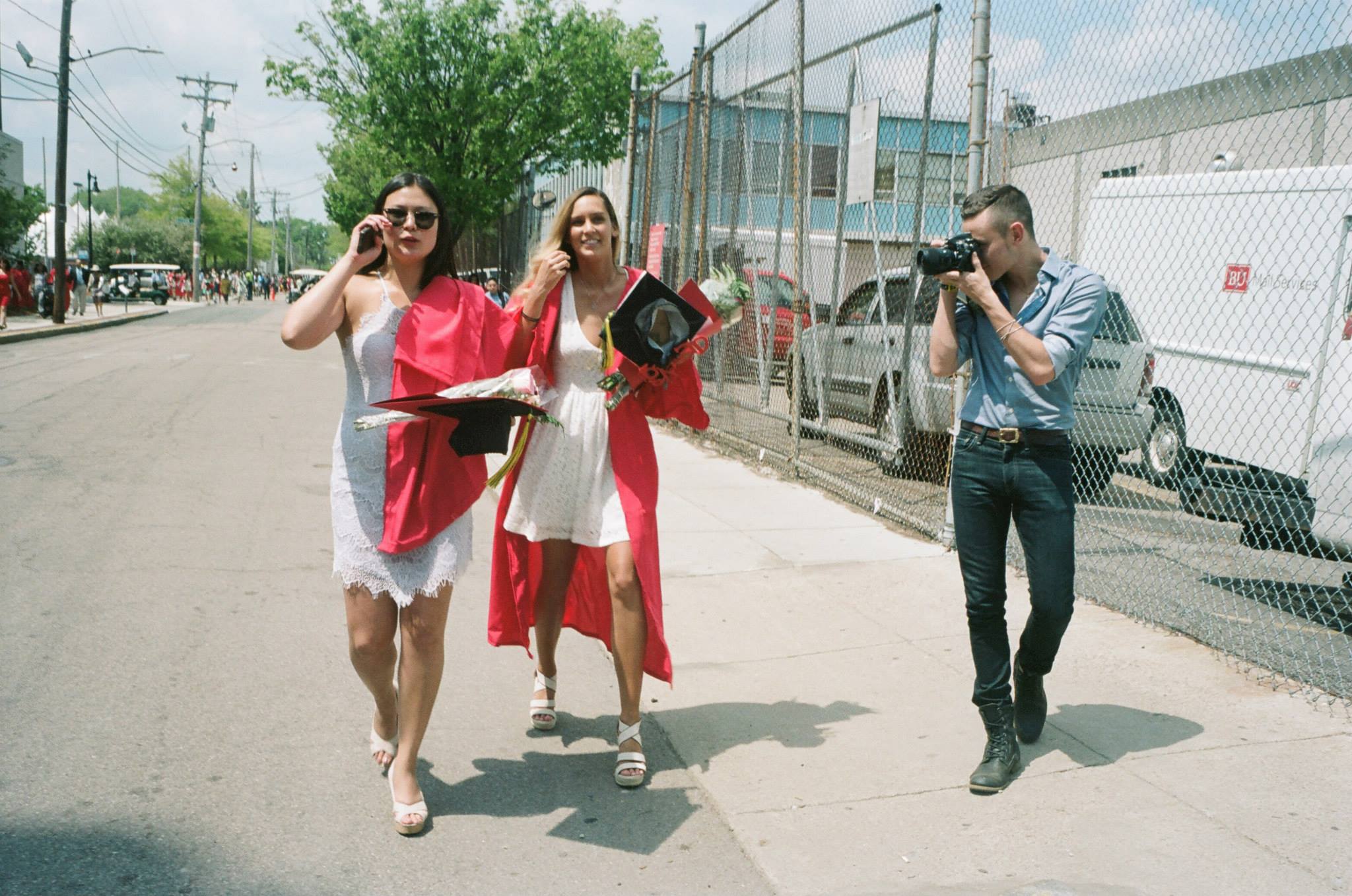 What would your friends say about you?

I’m too risky, too optimistic even. I always think the risk I take will pan out.

So you really can’t tell me how you got into the press pit of the Justin Bieber Concert?

…I guess I can reveal my secret.

How Barron Roth Snuck Into the Justin Bieber Concert:

Ariana Grande went to my middle school and she got us tickets to the Justin Bieber concert because she was the opener, it was her first show ever. So from there, I had made a business card that said I worked for GQ and I dressed up in a spiffy suit, but made sure to still look edgy. So I met a security guard and said to him, “I work for GQ, here’s my business card, let me know if you need anything- but I’m doing a piece on Ariana and I just want to get pictures of the kids as she comes out. Is that cool?” and he was like, “yeah don’t worry about it.” So then I went into the press pit, and they just never kicked me out- I stayed for Justin’s whole show. I was also the only photographer there because Justin didn’t allow them.

And if this wasn’t enough Barron Roth for you, visit http://barronroth.photography