How a motorcycle ran me over and left me for dead

And how I began my long road to recovery

One of the most shocking things one can find out throughout the course of their life is probably a picture of their unconscious body lying over the pavement surrounded by a group of paramedics. Surprisingly enough this was me.

Although these events took place at the end of 2013 and more than four years have gone by, I was reminded about them when my closest friend at Brown sent me a picture his dad took when he was on his way to meet the rest of his family for dinner on the night of November 15th, 2013 and came upon my unconscious body lying on the street after I was hit by a motorbike riding at a speed of about 60 mph. I have always felt compelled to tell my story to others as a way of showing them how dynamic, amazing and full of opportunities life can be. 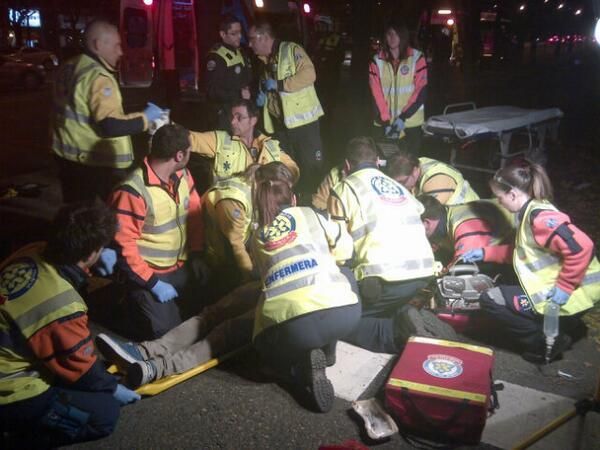 However, under that story of self-improvement and resilience, there is a hidden tale of police threats, corruption and manipulation that I have never felt comfortable enough sharing. Now, four years later, I feel ready to share the details of the events that took place that night and during the following months. After all these years, I do not seek to find justice. I tried at the time and all the newspapers I wrote to ignored my letters and I received no support, all I wish is to highlight a case of corruption and amiguismo that happened in my native country, Spain, and which might be more extended than we actually thought.

As I was saying, the night of November 15th, 2013, I was walking down one of the widest avenues in Madrid to meet my group of friends, when, as the lights turned green and I started crossing the street, I felt an intense and painless hit on the left side of my body. After flying above the ground while my vision was being blurred by the night lights, I found myself lying on the pavement. My skull and jaw completely shattered, all I could see was that white motorbike ridden by a guy with a black helmet fading into the distance. After that, everything turned pitch black and I would not be able to see and feel my surroundings for the following two months.

During that time, I was in a drug-induced coma and suffered a stroke during said coma, which would paralyze the left side of my body for the coming months. Although I was unconscious and could not know what was going on in the real world, my parents had bigger things to worry about. The day right after the accident my mom started receiving calls from the police officers who had come to my assistance and my mom was told not to take any legal action against the motorbike rider, she was told that it had been my fault and there was nothing she could do. Despite this incident, my mom decided to pursue legal action and the calls from the police continued happening every once in a while, for the coming months.

At the same time, due to their distrust in the police, my parents hired private investigators to find out the causes of my accident from the pictures that my friends had taken and what was left at the scene. Their findings were very surprising, although the police report determined that the motorbike was riding at a speed of 30 mph and that the driver presented no visible signs to perform a drug or alcohol test. Days after my accident, the driver visited my family in the hospital just to let them know that he had not consumed anything the night he hit me, and that it had been my fault, this situation typically responds to the Spanish expression “excusation non petita, acussatio manifesta.”

The months after my accident were probably the hardest in my life, but I can assure you that they were also full of joy. There is no better feeling in the world than walking again for the first time after spending months in a wheelchair, there is probably no better feeling in this world than running down a hill as fast as you can after being told a year before that that it would be very unlikely for you to walk. Once the long road to rehabilitation was over, I was finally able to go back to school to finish my senior year, which was also one of the happiest moments of that year. Along with the internal peace of going back to school, I also decided to continue to pursue my dream of studying abroad and filled out again the applications to several schools in the United Kingdom and the United States. 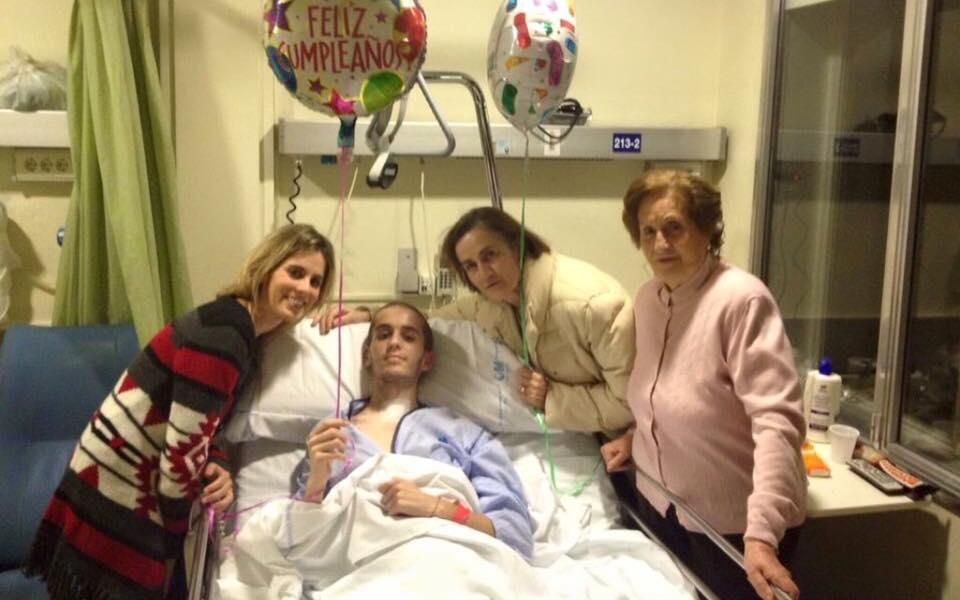 Nevertheless, anxiety and frustration also followed those episodes of joy. As my possible witnesses declined to testify in court and my family was not given the tapes of the cameras that were recording the scene of the accident that night, I was more and more afraid to go to court and I tried to push that fear out of my mind. I did not talk about it with my friends and I tried to avoid mentioning it so that I would not worry too much about it. As the date to go to court was approaching, my family had stopped receiving calls from the police, the threats were over, but the fear was still there. In the end, I had to accept the fact that fighting in court against the son of a politician would not end in my favor. I dropped charges and I accepted a compensation from his insurance company and I had to move on with my life.

Unfortunately, cases like these are more common than we really think, especially in the case of my country, where the judiciary and the executive government still go hand in hand. My only hope writing this is that I can shine a light on certain issues that still happen in a country considered to be a liberal democracy, which is also part of the European Union.

By the time I dropped charges, I had already accepted my offer at Brown University and the idea of moving to a different country, far away from said traumatic episode would definitively help me put those events behind and be in peace with myself. Although these events do come to my mind often and there are specific factors in my life that remind me of them, I am always proud and happy to say that there is no greater joy than the joy of being and feeling alive.