It’s been almost two months since the Class of 2021 moved into Brown, and everyone is starting to get into a routine for the semester. But we’ve all had those humiliating moments that will stick with us for life, so I set out to discover what people considered their most embarrassing freshman moments to be. 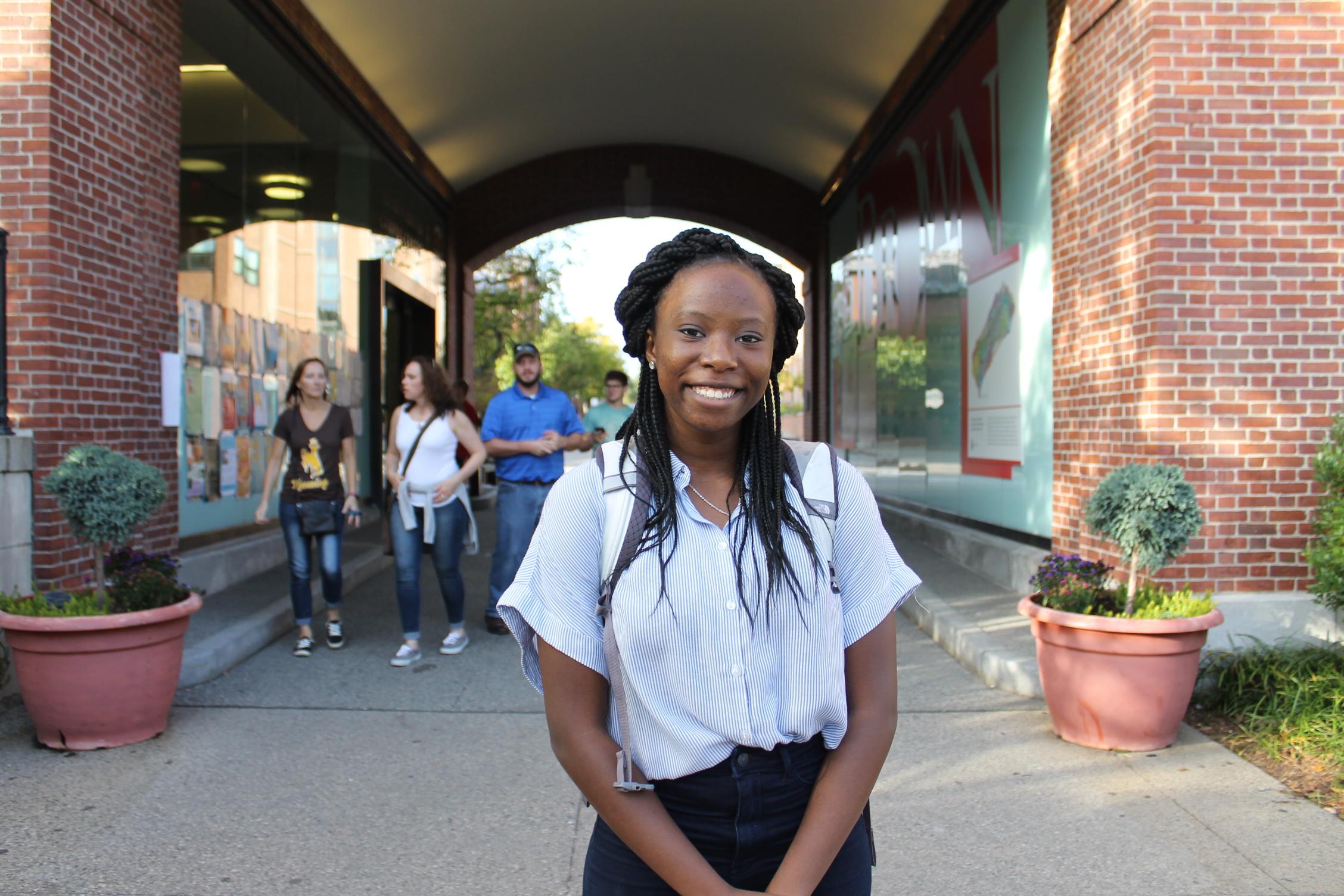 I think the most embarrassed I’ve been has been something where I slept in super late and then everyone was already out doing their own thing. And also the classic shopping period where I walk into one class and it’s not at all the class that I’m supposed to be in. And I’m asking myself, "Is this the class? What? No? Alright, see ya!" 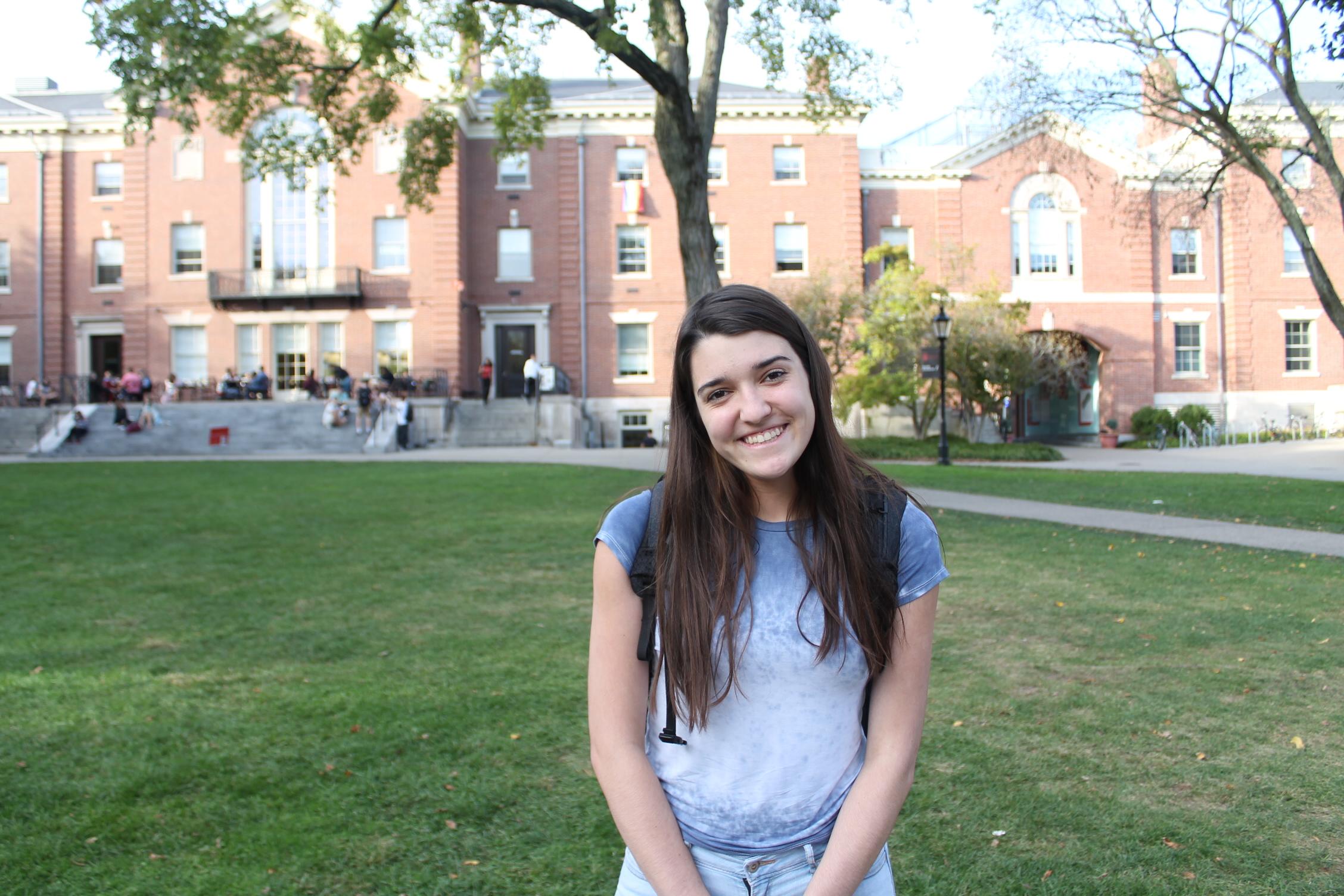 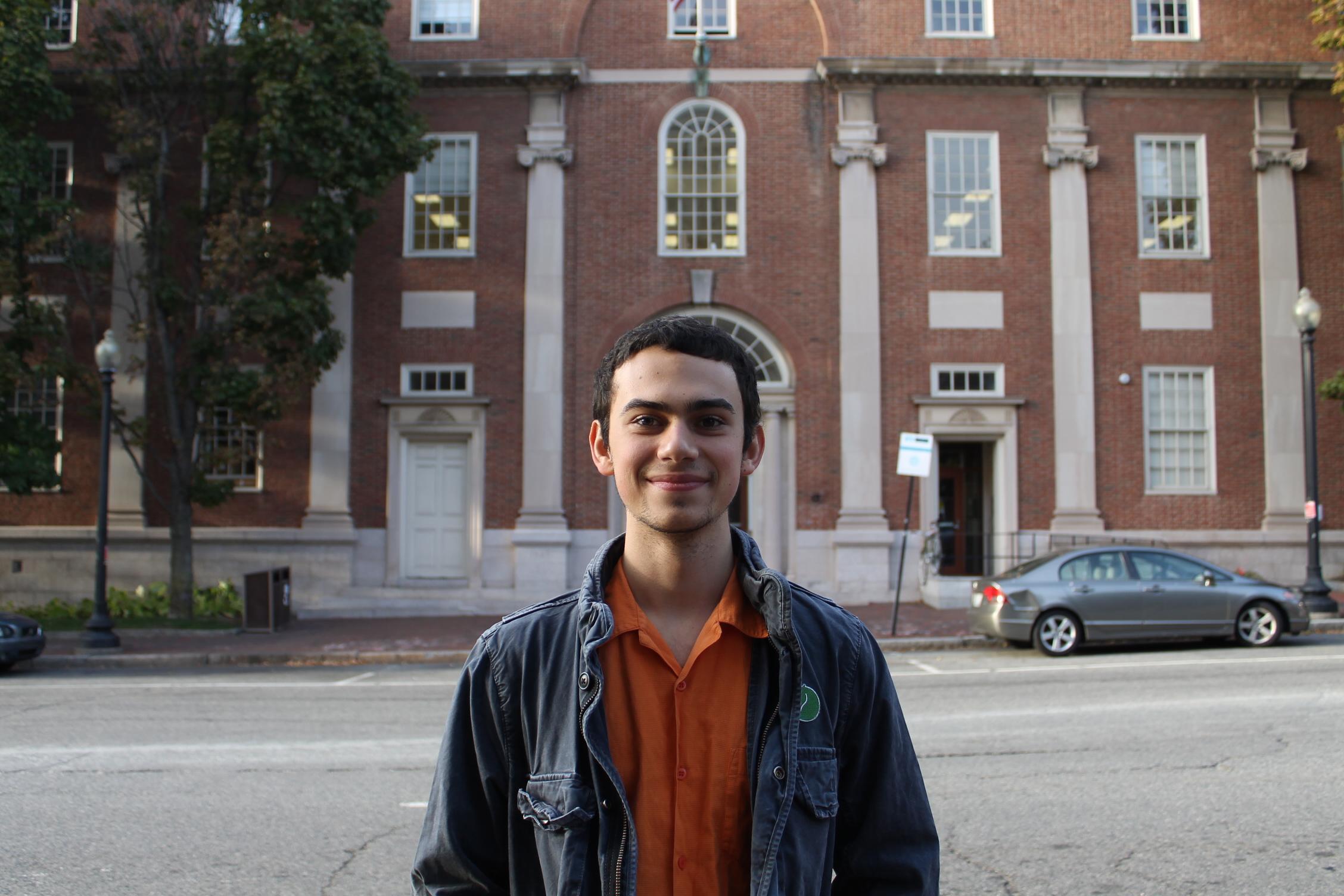 There was one day a month ago where I woke up late and I had to go to class, and I hadn’t showered the night before, so I went to shower. I was kind of disoriented so I had only taken my clothing, and I didn’t have my keys or my card or anything. And when I finished, I was going back to my room which is right across from the bathroom, and the door was locked. All I had on was a robe.

I called my roommate and he was in class so he didn’t pick up and then I called at least seven other people to see if I could borrow clothing cause when I called facilities to get my door unlocked they told me I had to come all the way to the Grad Center to get a new key. So I needed to get some clothing first so I could actually go there. Eventually someone pulled through and gave me clothing, and then my roommate showed up. The whole thing was very stressful. And I basically waited inside the bathroom for like half an hour until the person came through. I missed all my morning classes cause I was locked out and had no clothing. 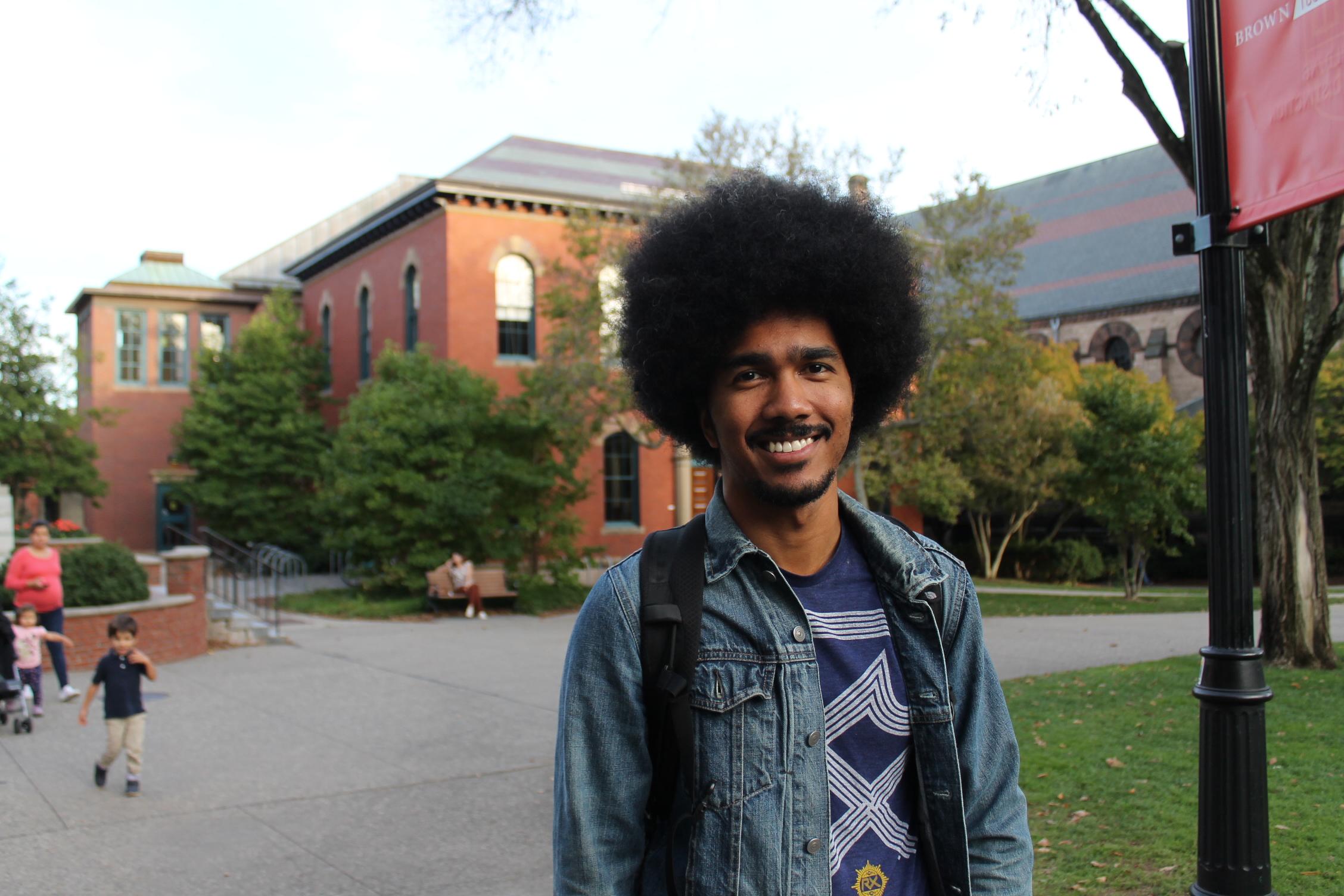 I was heading to a meeting with my supervisor, and it was the first meeting of the year. He told me the location of the building and I set off to go there, and ended up walking 20 minutes, looking around and checking the map, and it turned out I had walked the complete opposite direction. I had gone to the other side of Providence instead of this meeting. I made the meeting but I had to send an email being like "Oh crap, hey I accidentally walked to Whole Foods instead of coming to your office." We all totally laughed it off at the end though. 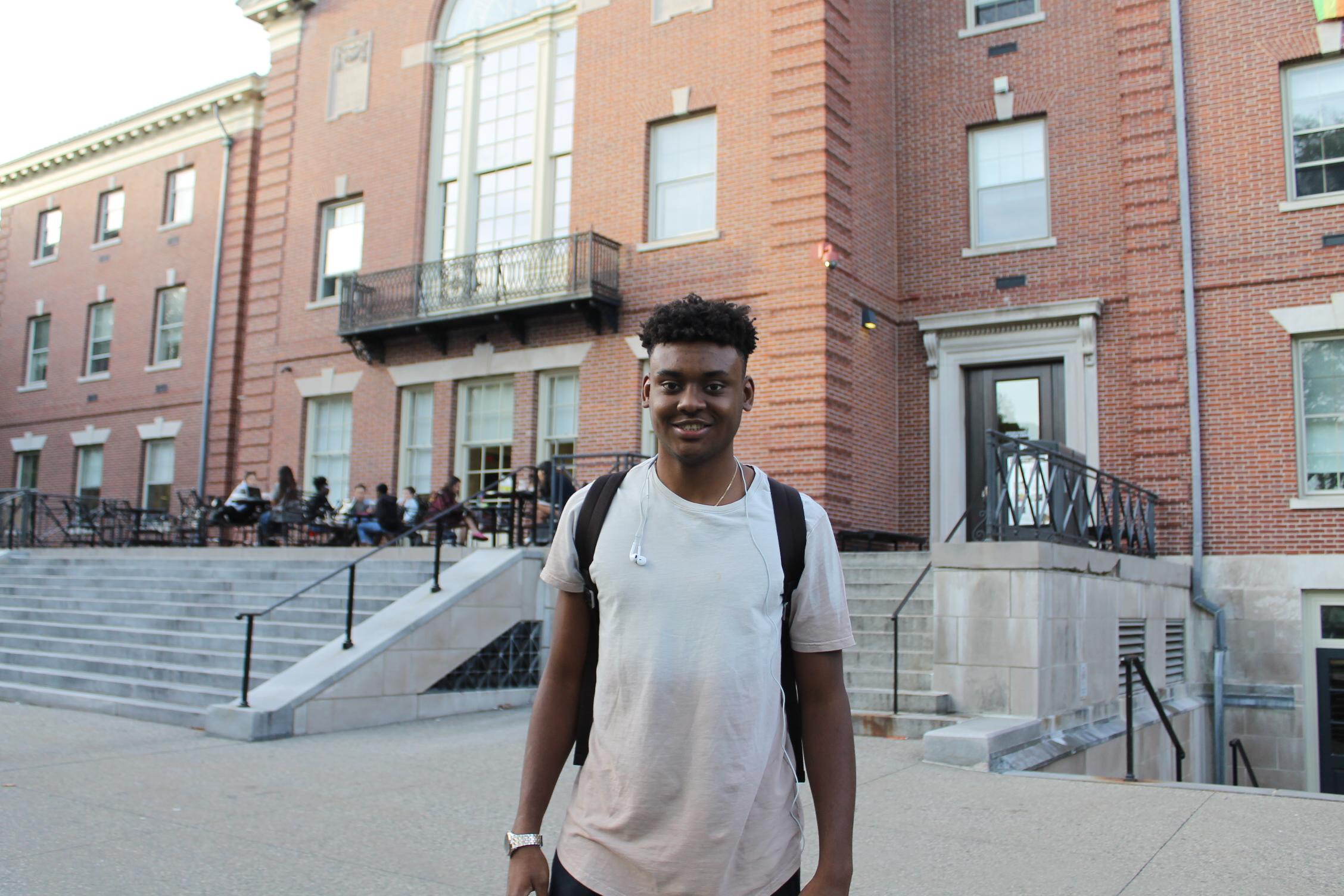 Hmm, it’s kind of early to say. But I went to a sophomore pregame and only three of us were freshmen. There were probably like 20 sophomores, and we were just kind of standing there awkwardly for most of the time. 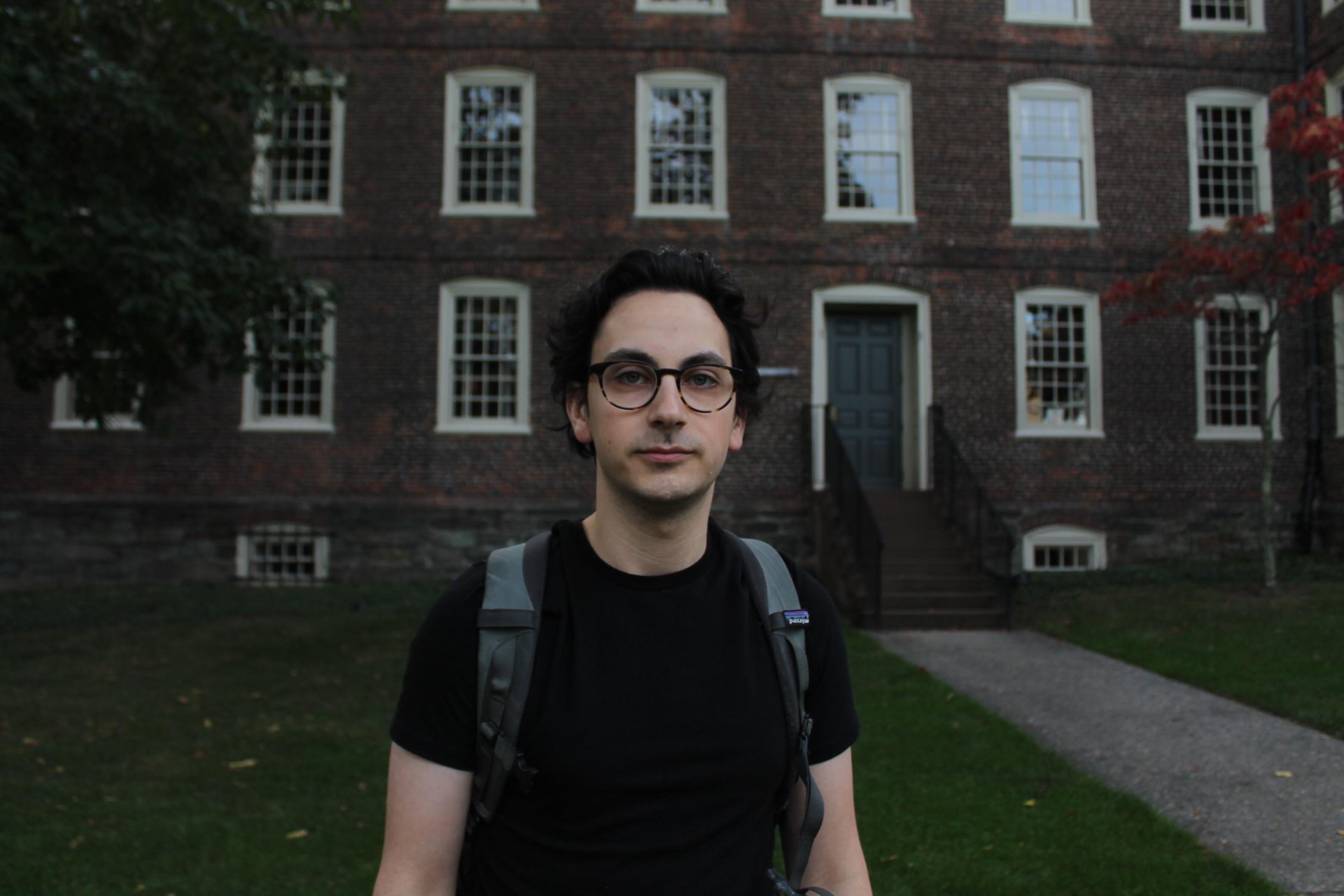 I had some friends who were juniors when I was a freshman. So, I would go hang out with them, and because I was so much younger, they would like, you know, talk to me like I was this naïve freshman. 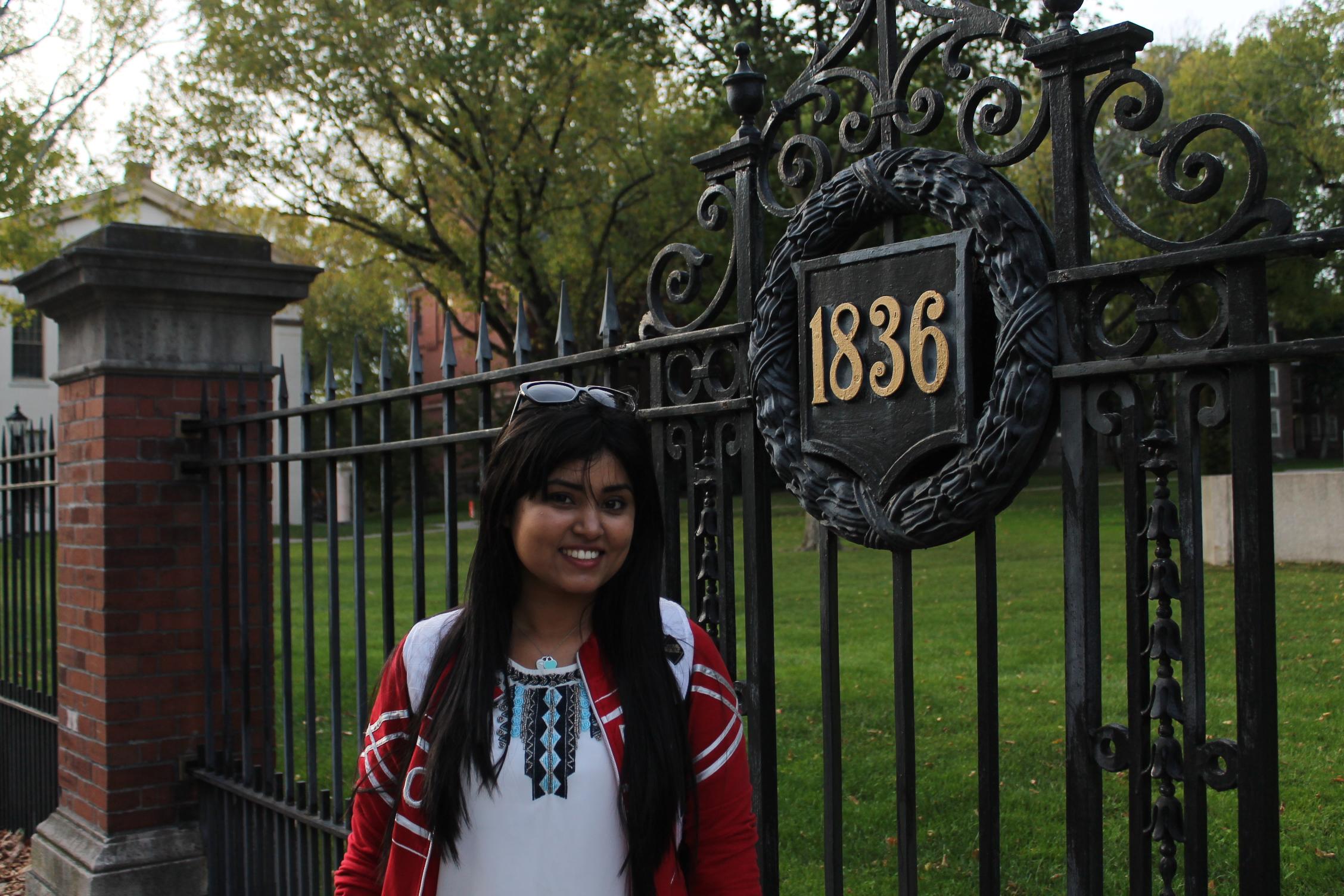 Well, that would be coming back here after all these years, and seeing all the freshmen. Maybe looking at me they couldn’t tell, but when I told them I was a 26-year-old freshman, they were like "Holy shit!" and I’m always thinking, "Oops, what do I do now?" Getting to know some people in a group when most of them are 18, maybe 21 at best, is really strange when they find out I’m that much older. I’m always like "What do I do now? How should I explain?" But thanks to RUE, I can really explain to them that I’m part of this really great program at Brown. 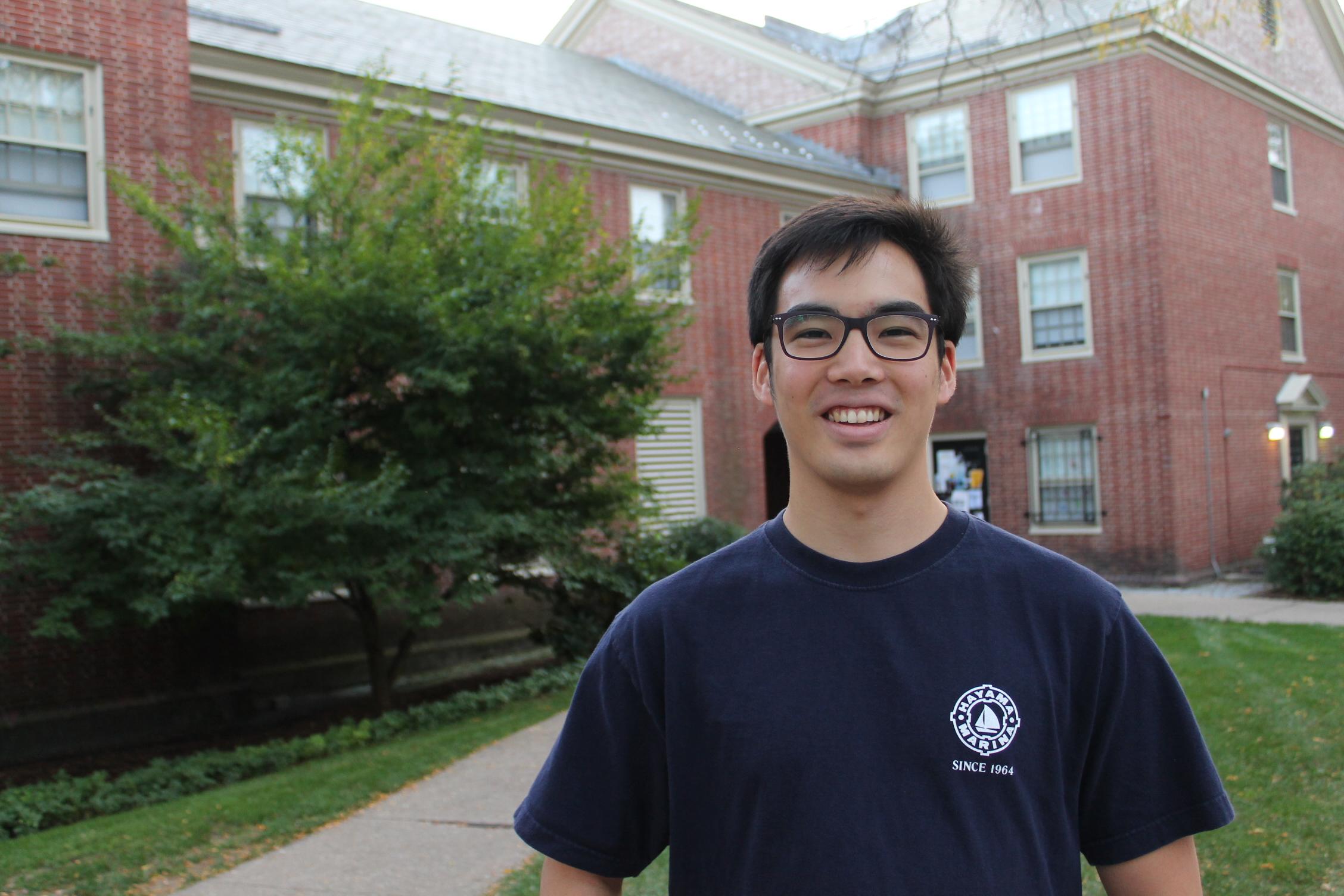 So one time it was very snowy and icy, and I tried walking down the hill. And I slipped. Someone who was shoveling snow outside their house actually caught me as I was falling. That was pretty embarrassing. 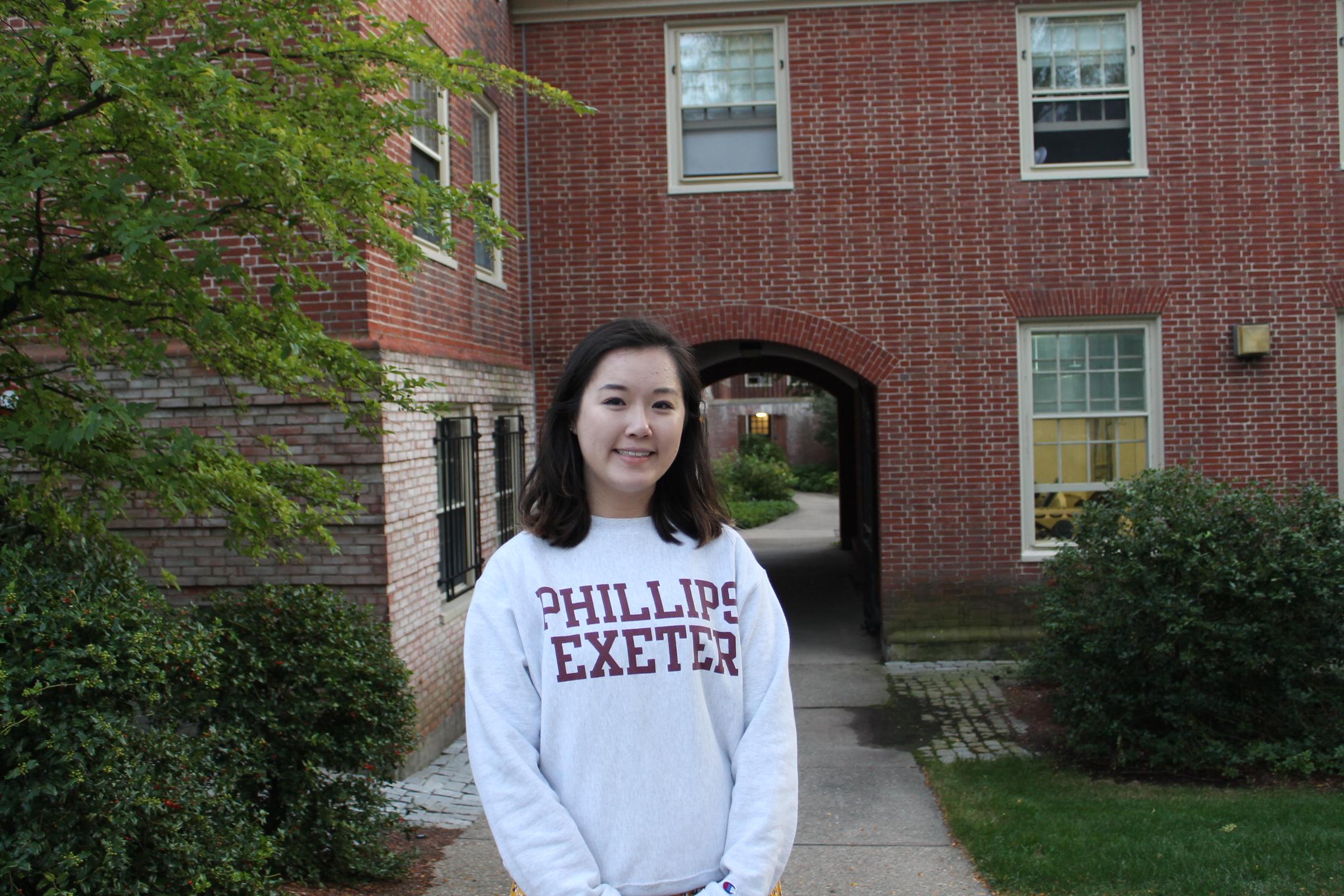 I was going in sneakers to get a pair of snow boots because it was icy and I needed snow boots. And they were at J. Walter Wilson. I got off the stairs, got my boots, and going down the stairs, I ate it. Like, I fell on my face, my snow boots fell onto the snow, and it was absolutely terrible. 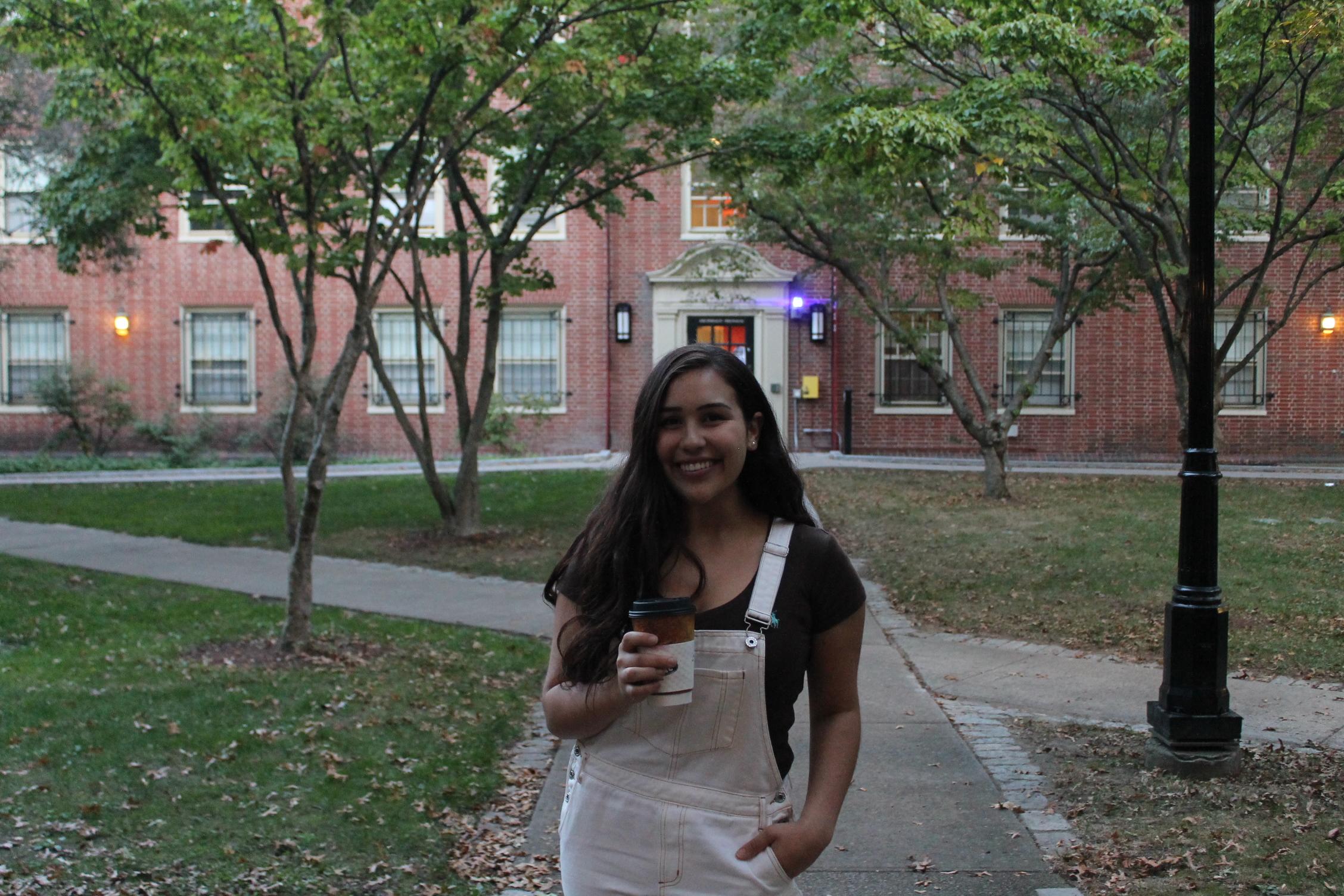 So during the preseason for track, when we would lift, we would be in there for part of the same time as the guys’ track team. And I go through different food phases with regard to foods that I really like to eat. And I think it was some granola that I was eating that was just causing the nastiest farts.

I was doing box jumps by the track guys who were next to the other people bench pressing. I farted so badly, and I knew it was bad, so I just speed-walked over to another area in the gym. And they all just erupted into a really big chorus and were like "Oh my god, that’s so gross, who did that?" So, they all started blaming each other and joking around. And this one guy who my sister was friends with got blamed for it, and he’s a very boisterous person so it kind of fit.

And I was like, "Phew, my secret’s safe," but I told my sister who's also on the team cause it was kind of funny. A week later, she told him, and then he wouldn’t stop mentioning it to me afterwards.