Hop on the MBTA and go explore!

With that in mind, I made the very sensible choice of touring the city instead of studying for midterms.

1st: Go to Providence Station and take the train to Back Bay

Fortunately for the absentminded, Providence helps us out by being really small and only having one station. Please do not go to the Ferry Station! You can either take the commuter rail (cheaper) or the Amtrak train (about half an hour faster).

2nd: After leaving Back Bay station, walk to the Boston Public Library

Founded in 1848, the 3rd largest public-library of the country holds more than 23 million items including books, CDs, DVDs, maps and a variety of other things. However, considering the time-sensitivity of our tour, I would stick to the architectural highlights. 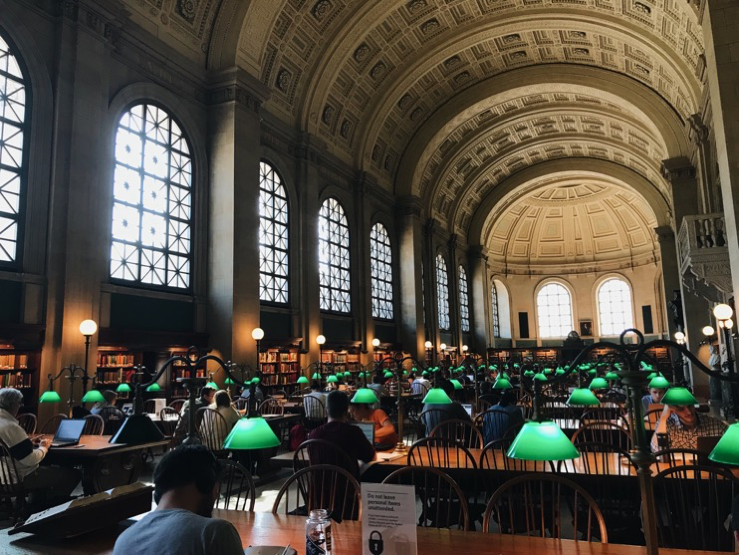 Bates Hall Reading room – if you squint and maybe duck, it even looks like The Hay 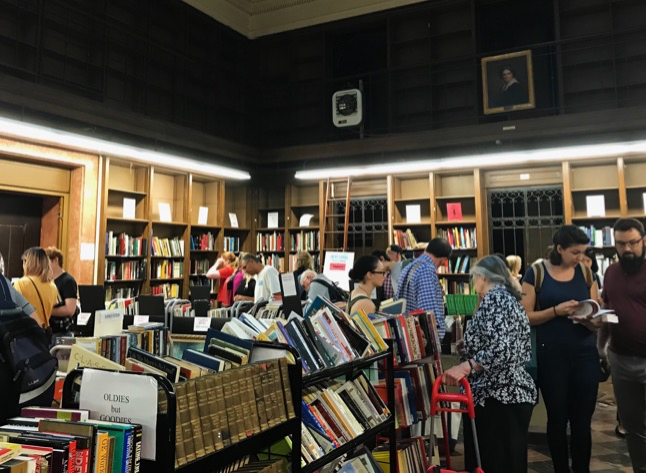 3rd: After you’re done drooling over this majestic building, head to Newbury St.

The street’s cute architecture might remind you of the Georgetown area in DC. It’s brimming with cafés, restaurants and countless stores. Nothing compared to Thayer though… 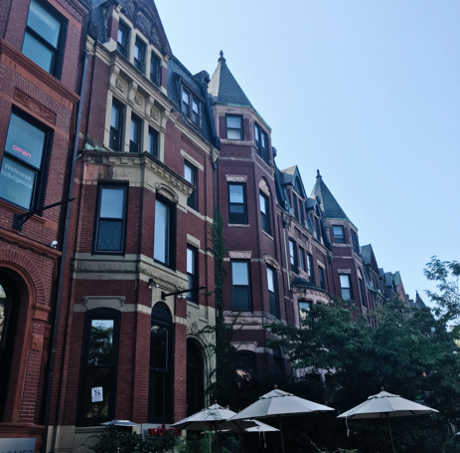 The Brunonian geeks can also find reprieve from all the clothing brands. Newbury St. houses Newbury Comics flagship store (a surprising coincidence). Founded by MIT alumni in 1978, the store has everything from comic books to collectibles, music and “pop culture” in general. If the motto of the store is anything to go by, you will have “a wicked good time”. 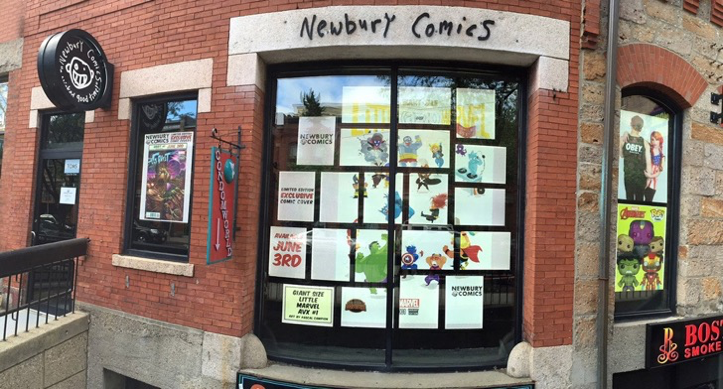 At the Fairy Shop, you will feel like you just entered a mystical realm that combines Ollivander’s and the gift shops at Harry Potter’s theme parks. As The Huffington Post describes, the store “features a large collection of Harry Potter products, as well as sterling silver jewelry, dream catchers, fairies, unicorns, mermaids, dragons, Alice in Wonderland, wands, gifts and other curiosities.” Overall, it is a little magical corner in a world that’s often too realistic. 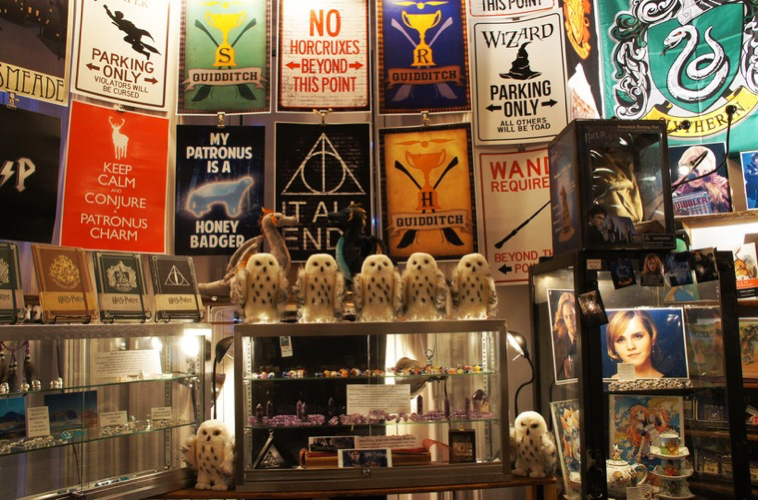 4th: If you are a human being that eats, the Eataly at Prudential Center will have something for you.

Eataly is a marketplace with great regional Italian food, which includes cheeses, fresh seafood, all kinds of pasta, gelato and Nutella. A nice break from the Ratty. 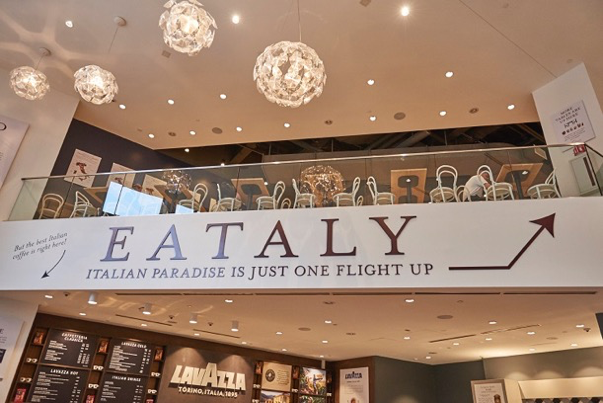 As you leave the station, follow the North End of the Freedom Trail (a 2.5-mile-long track through downtown Boston that crosses 16 historical locations). Our schedule doesn't allow time to visit all 16, so for today we’ll go with its square root. 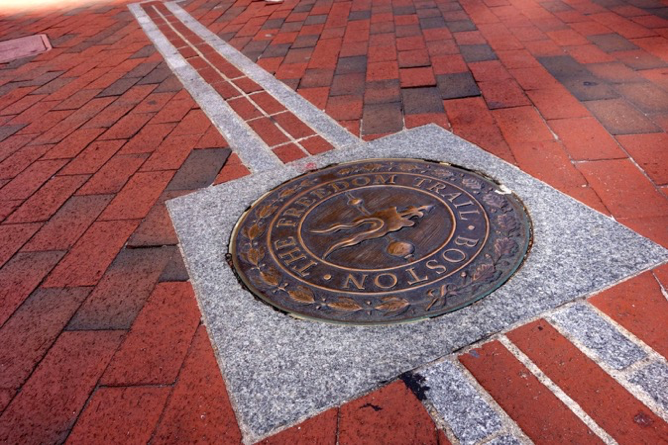 Before the Old City Hall, in this same strip of land, stood the Boston Latin School, attended by mediocre and unmemorable figures such as Benjamin Franklin (ew, Penn), John Hancock and Samuel Adams. 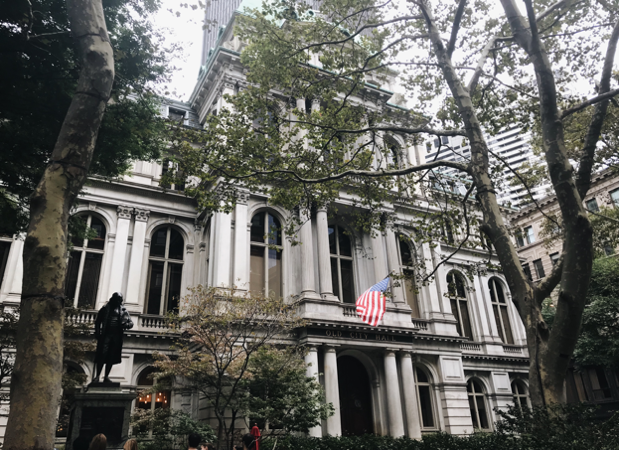 7th: Head to the Old State House right by the Boston Massacre site

The oldest public building in Boston, the Old State House represents an interesting symbol of the past in Boston’s modern financial district. What used to be the Massachusetts General Court is today a history museum.

Right in front of it is the site of the Boston Massacre, making the site a very light-hearted touristic landmark. 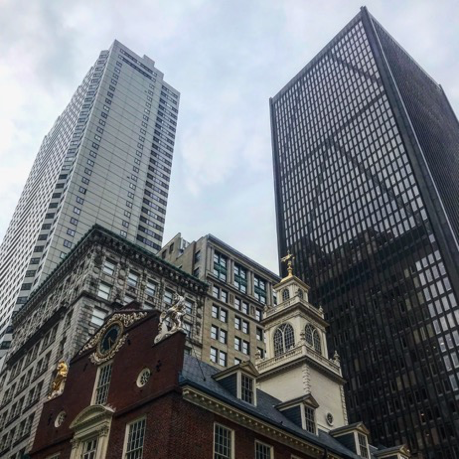 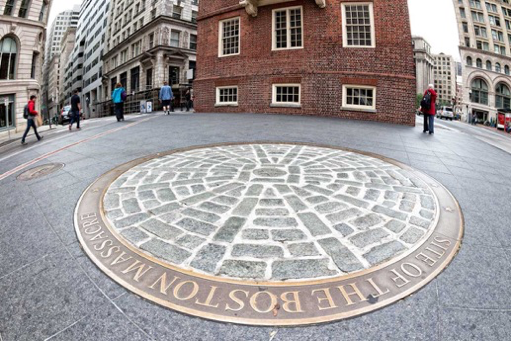 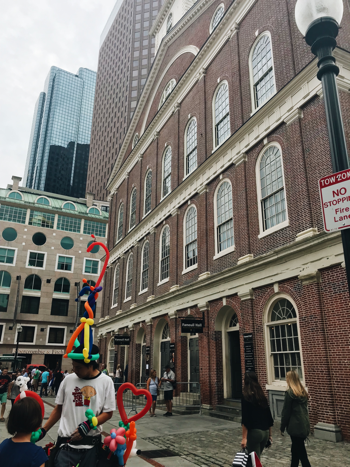 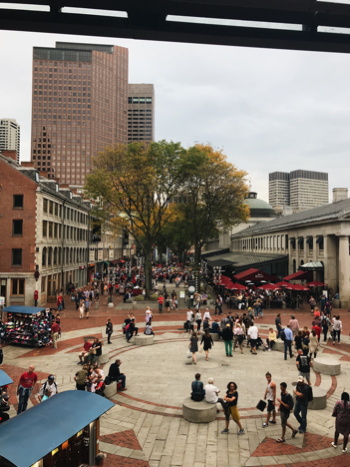 Faneuil Hall hosted the US’s first Town Meeting and is often referred to as "the home of free speech". Today, it contains some shops and eateries, but the second floor remains a meeting place. 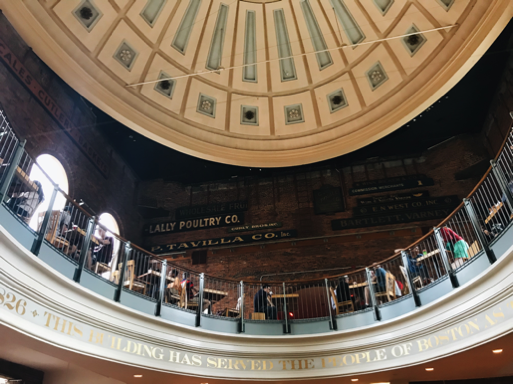 Dome inside the market

The Quincy Market consists of a long hall of food-stalls, fast-food places, and restaurants. In the center, there is a dome surrounded by a two-story seating area. 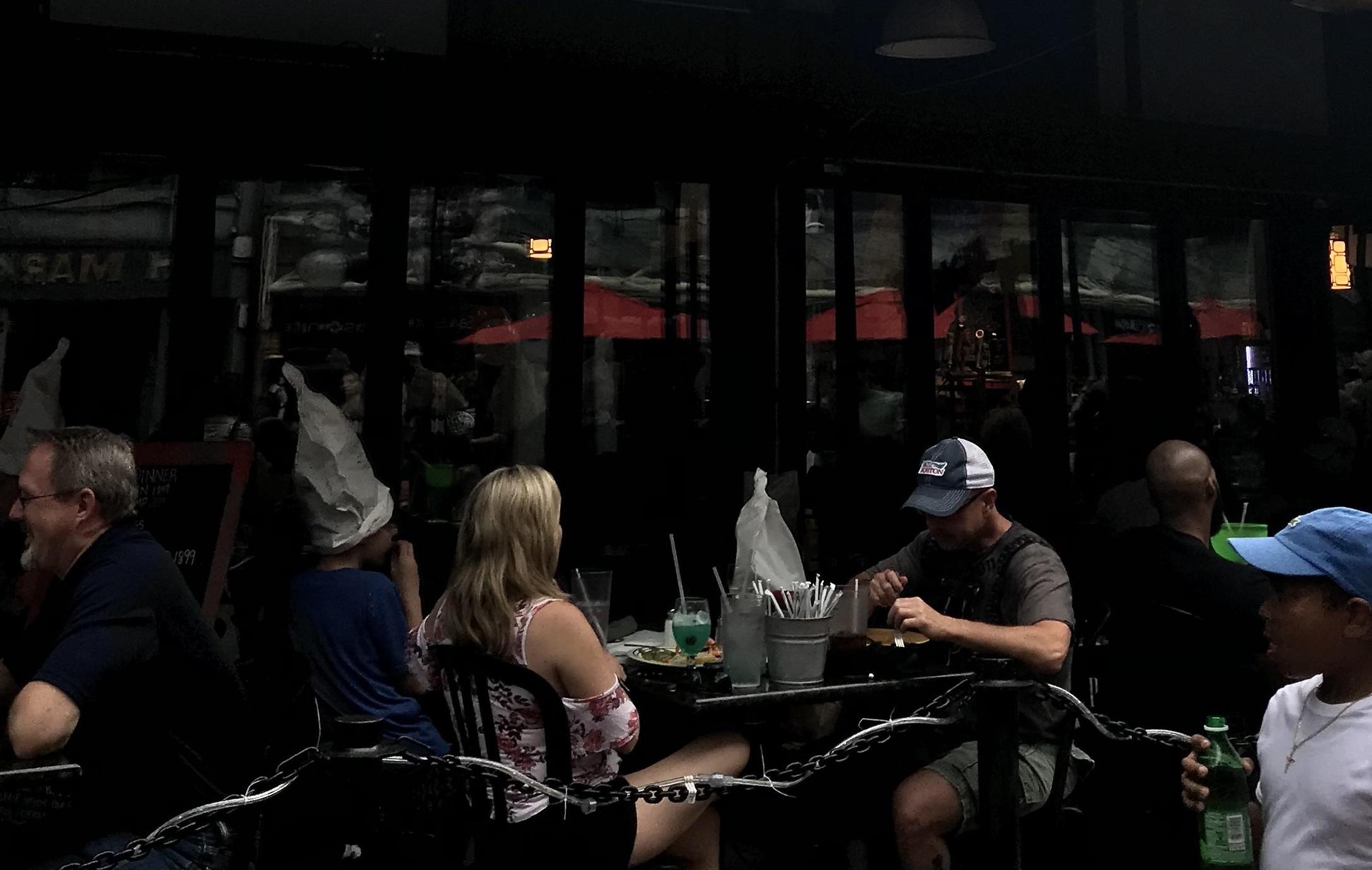 *Bonus: appreciate the irony of a restaurant named "Dick's Last Resort" that encourages clients to wear weirdly condom-like hats atop their heads.

With an aesthetic carousel, several food trucks and Columbus Park, the waterfront is a nice place for a walk or your new profile picture. If the weather is good, it can be a pretty spot to check out the Bostonian sunset. 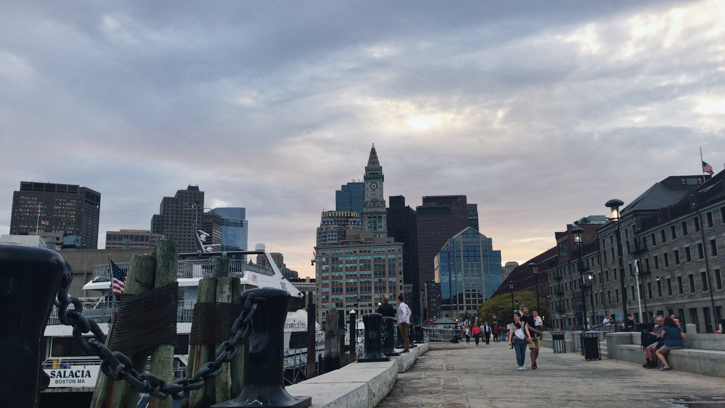 View from the harbor

10th: Head back to Back Bay

Unfortunately, our tour has come to an end, but you can always come back next weekend!

Or at least say you will. 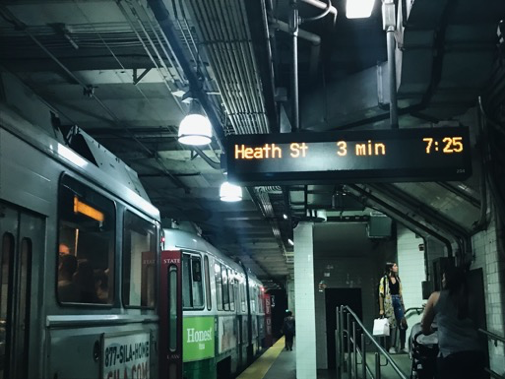 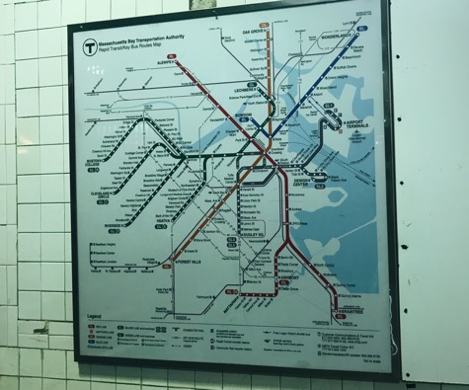