I wonder if we’ll see him in the Ratty

You read that right. After the exciting visits of civil rights activist Angela Davis and feminist writer Roxane Gay in February, David Cameron will be speaking at Brown University at the 2017 Ogden lecture on March 20th. 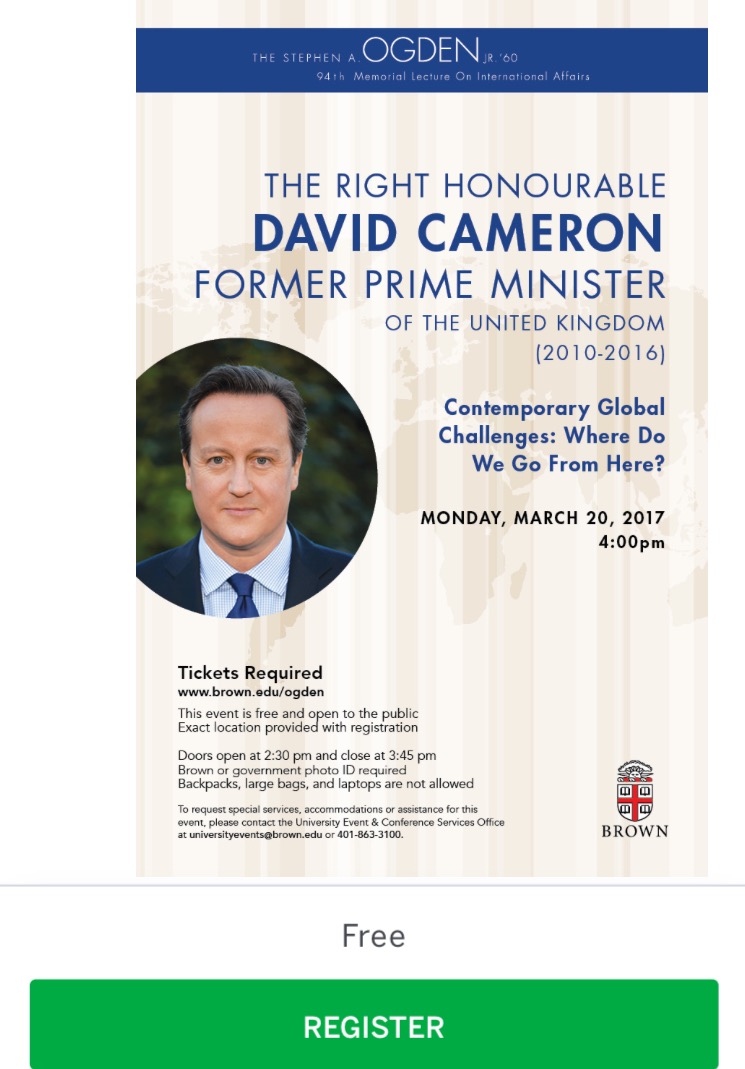 The lecture will focus on contemporary global challenges and where we go from here in an age of rising anti-establishment populism. Cameron resigned after proposing the Brexit referendum in which the people of the United Kingdom voted to leave the E.U.

You can get tickets to the event for free here.

“I will be interested to hear his opinions on the Trump regime and Brexit complications, now that he is out of office. I’ve seen so many of his campaign speeches on my TV back home, it will be great to finally witness it.

“He’s the only Prime Minister I’ve voted for in my life.”